TS4 Neighborhood Rotation- So Many Birthdays!

The problem with playing so many families on a neighborhood rotation is keeping track of who's birthday is next.  I made a list of all the kids in order of from who's coming up next to who just had a birthday and it'll be awhile.  Looking at the list I predict lots of birthdays coming up, and not just in this chapter. 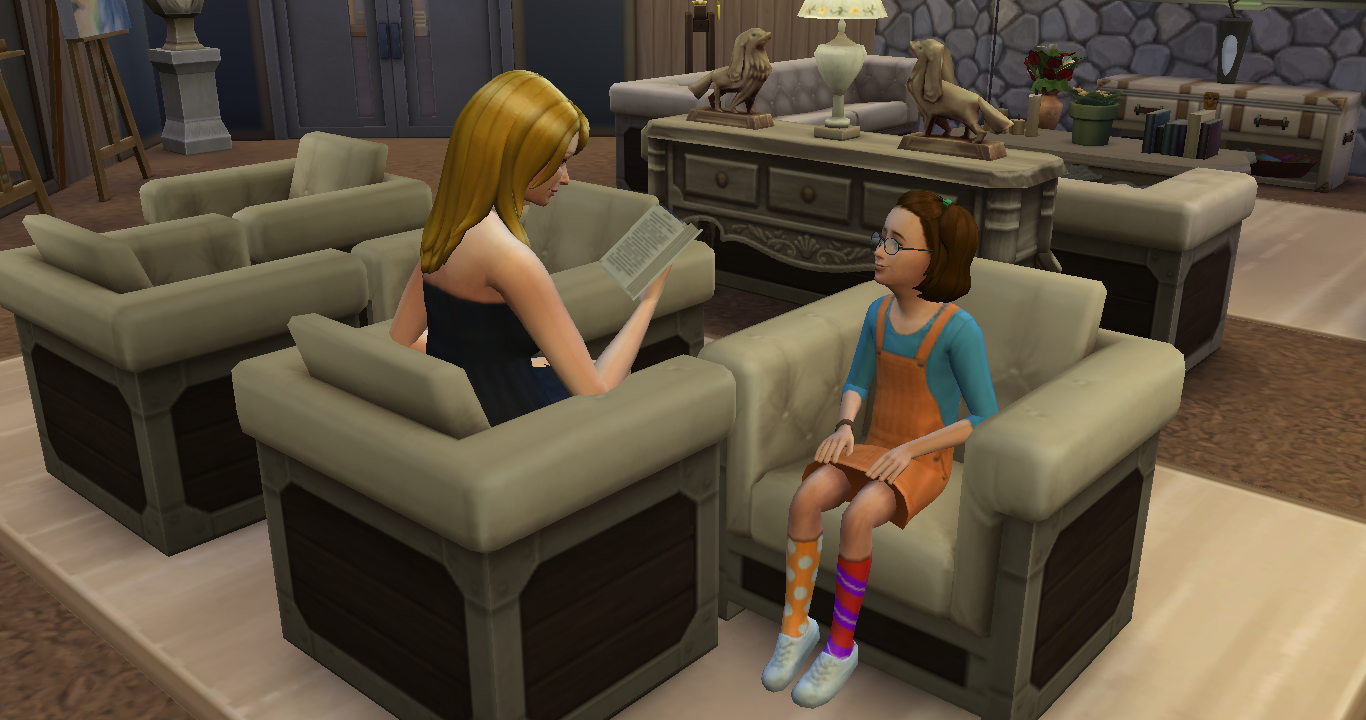 While I'm waiting for Buffy's birthday I have all the kids work on their aspirations.
Elora is reading to Paisley for hers.
Sebastian completed his Rambunctious Scamp aspiration. 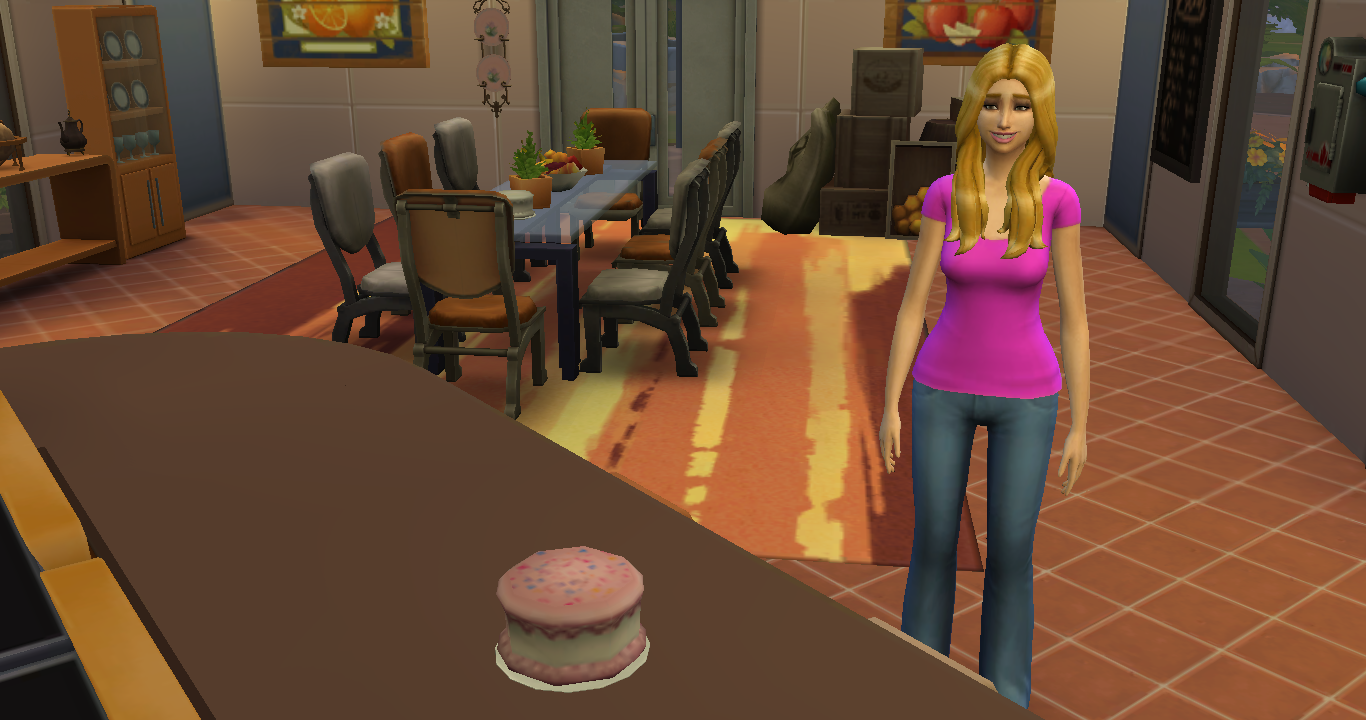 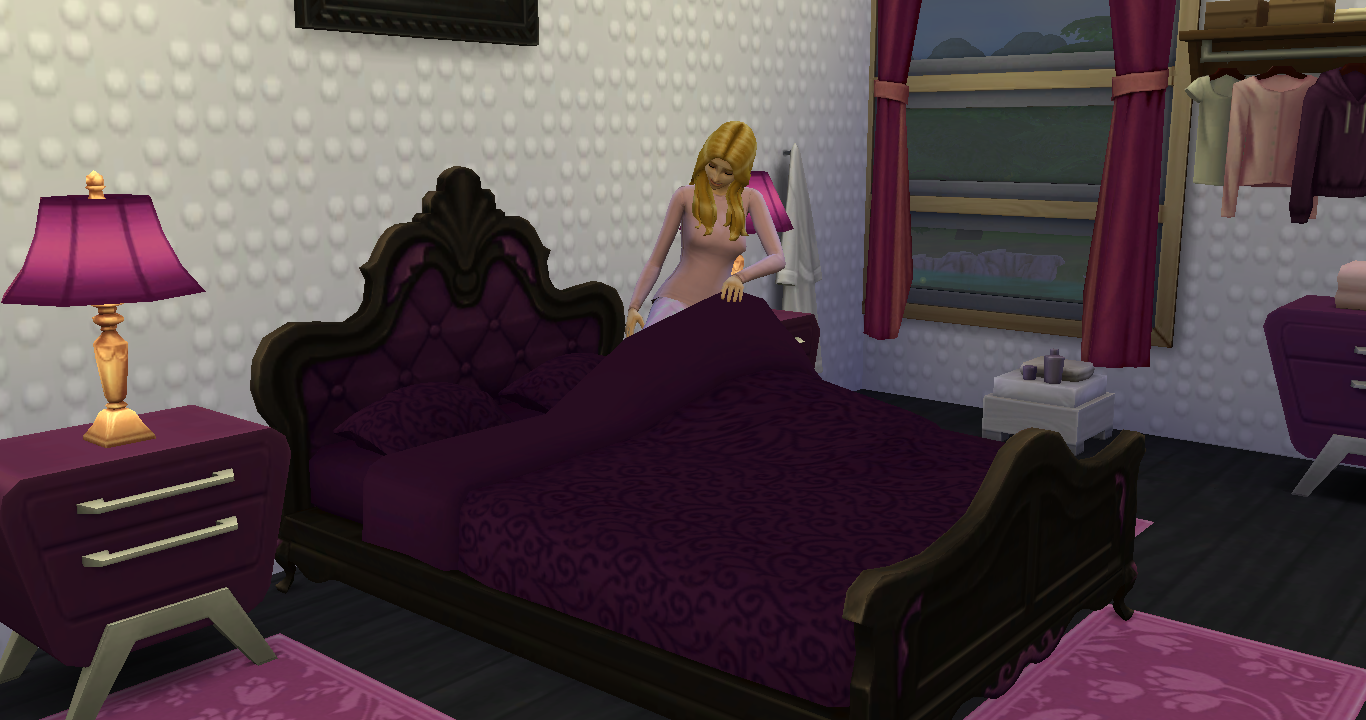 The birthday party may have sucked but Buffy's super excited about her new room. 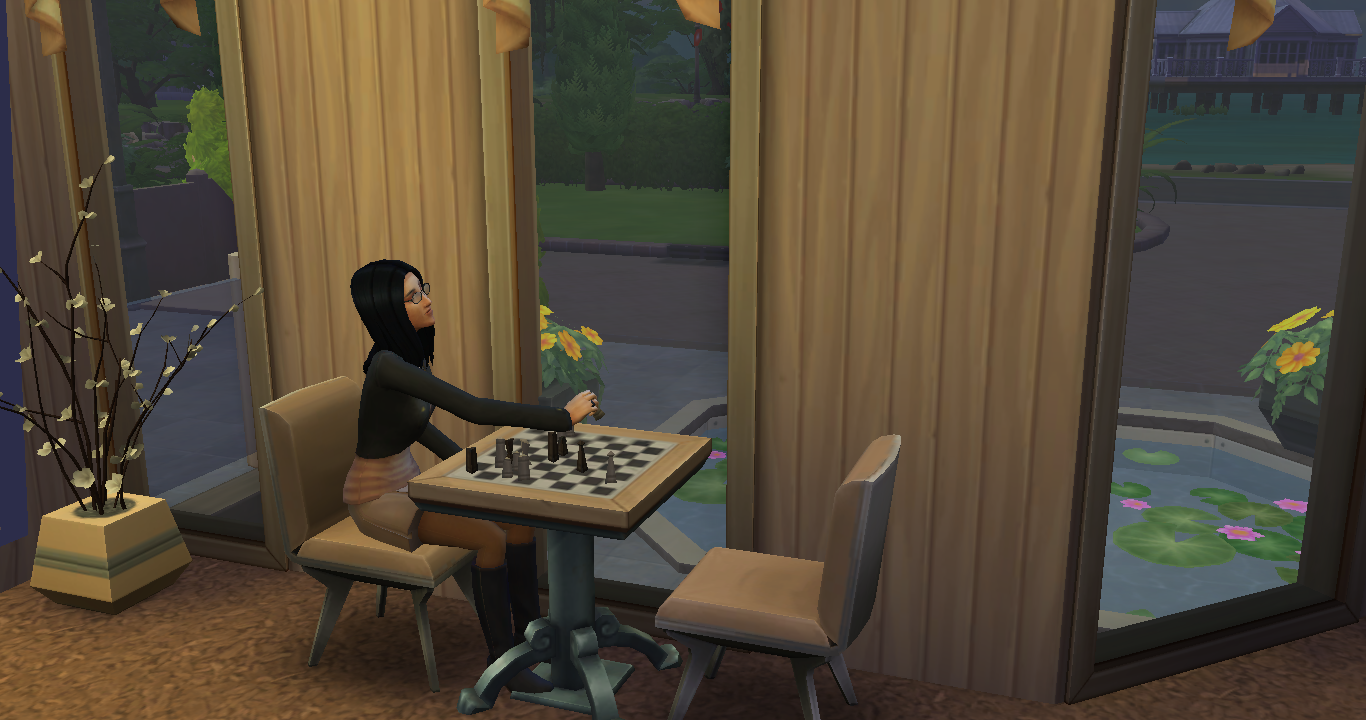 Cassandra Goth never left the party.
She stayed the night playing chess while the family slept.

The next birthdays on the list are Gemma and Alex... Ollie Purdue's stepkids. 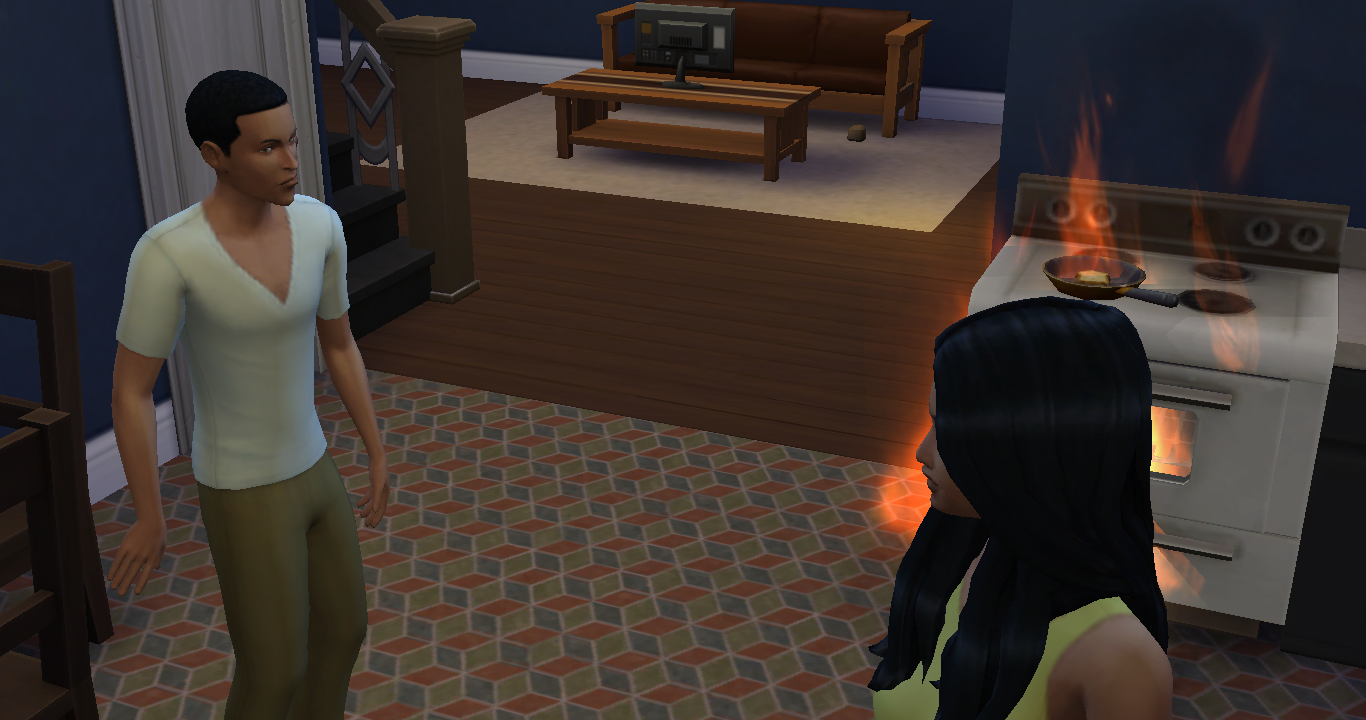 Just as I get there Gemma sets the stove on fire.
Ollie doesn't look happy. 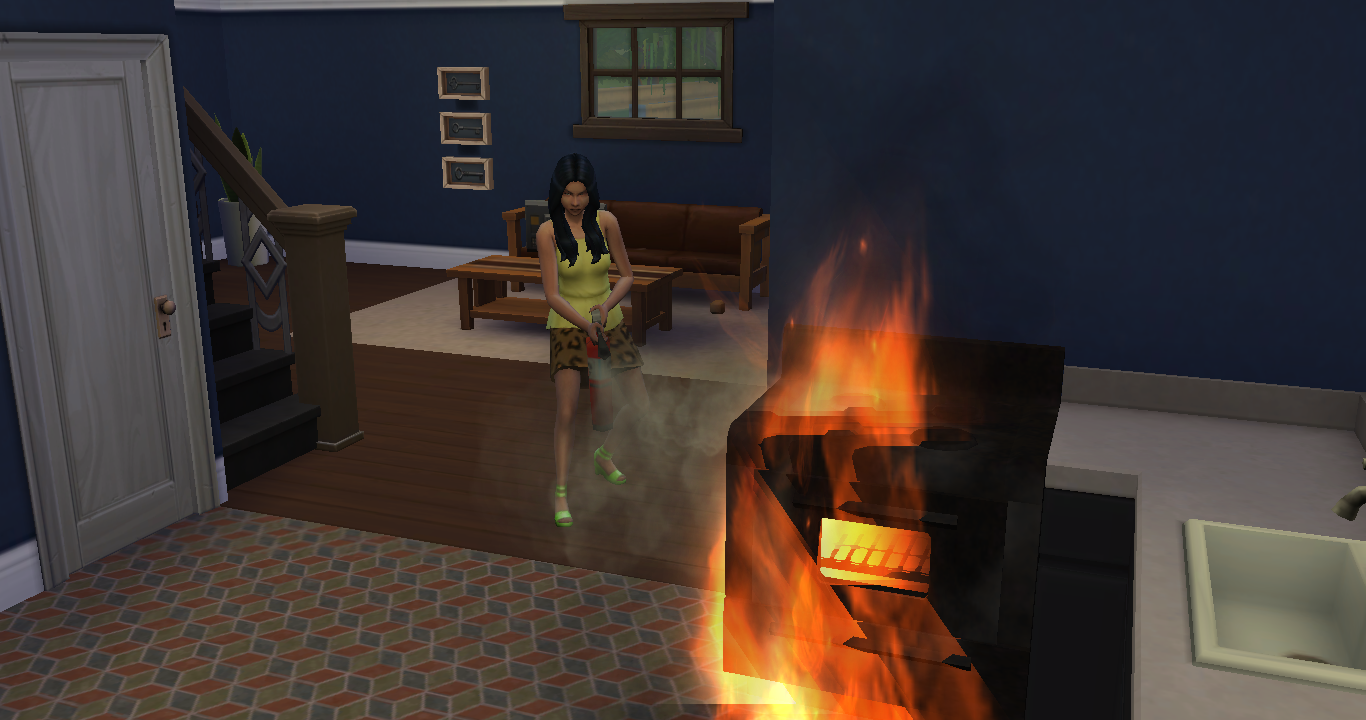 Gemma extinguishes the fire herself. 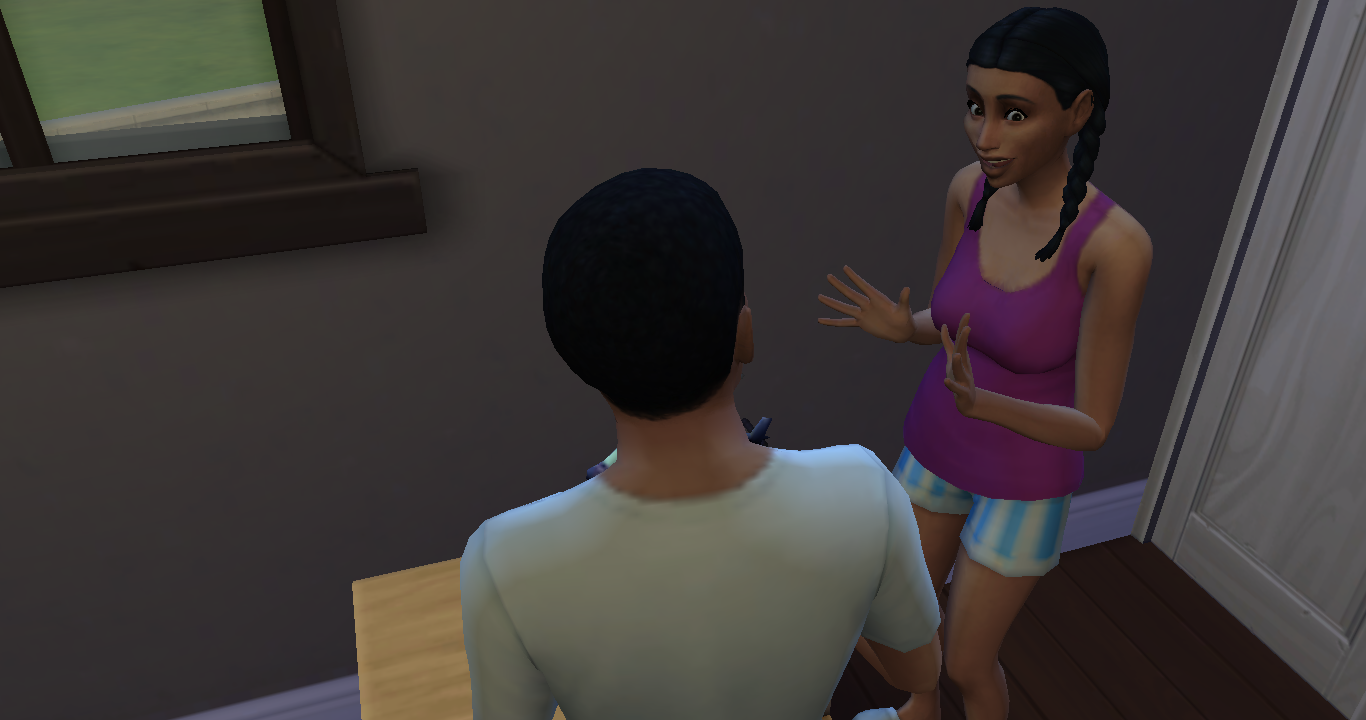 After the fire Trinity pulls Ollie to the side and tells him she's pregnant! 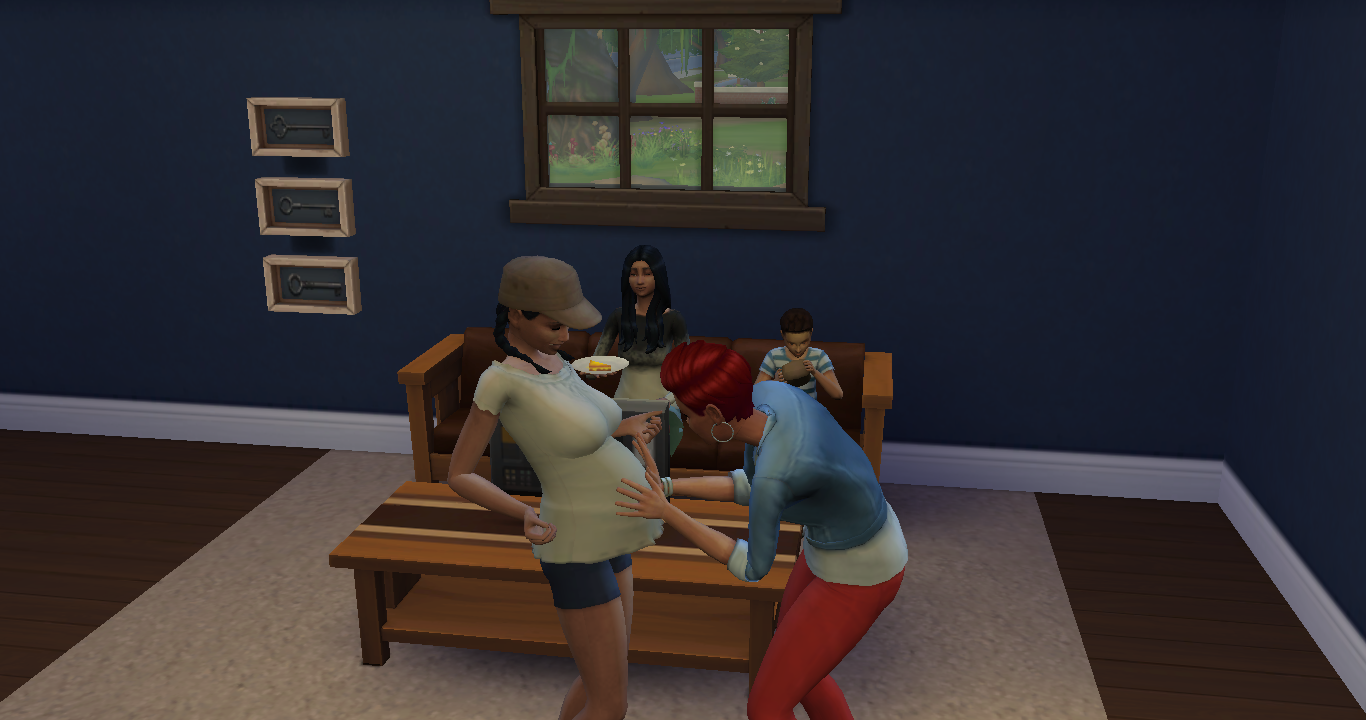 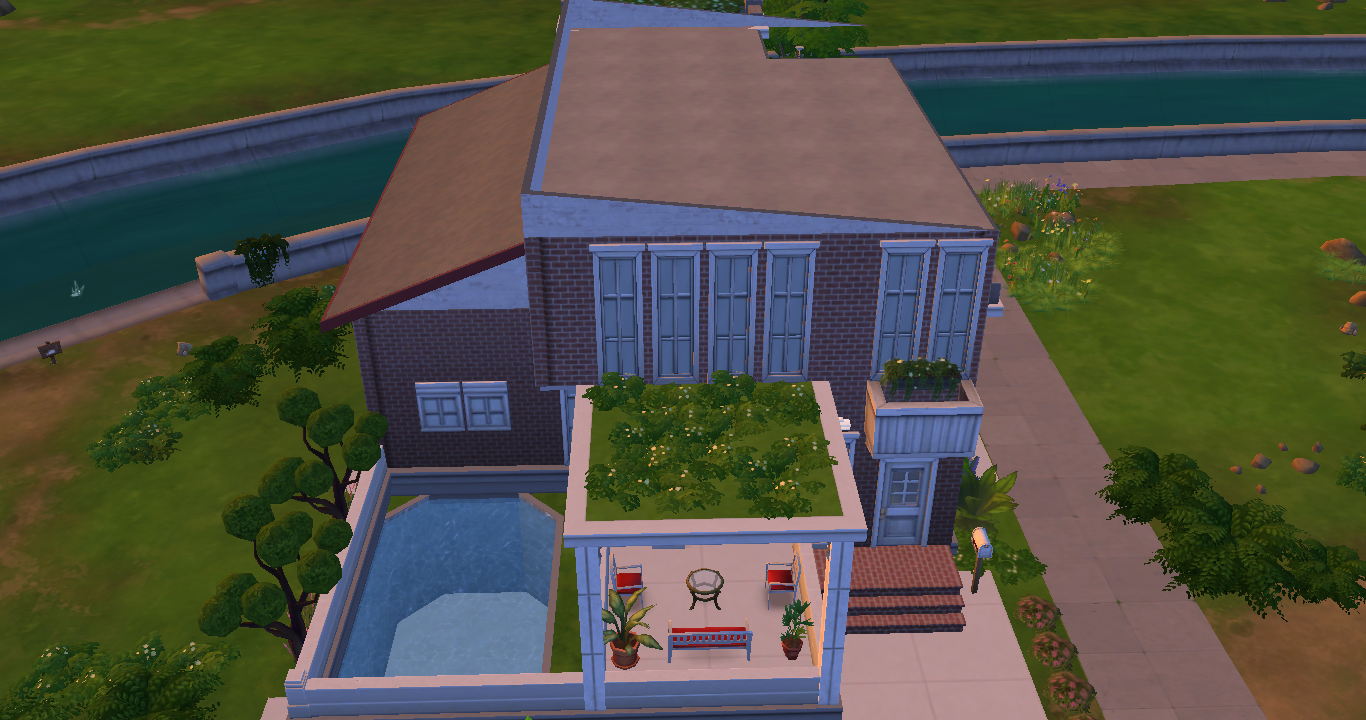 The Purdue family decide they need a new home.
This is Casita de LaDrillo built by hmh26. 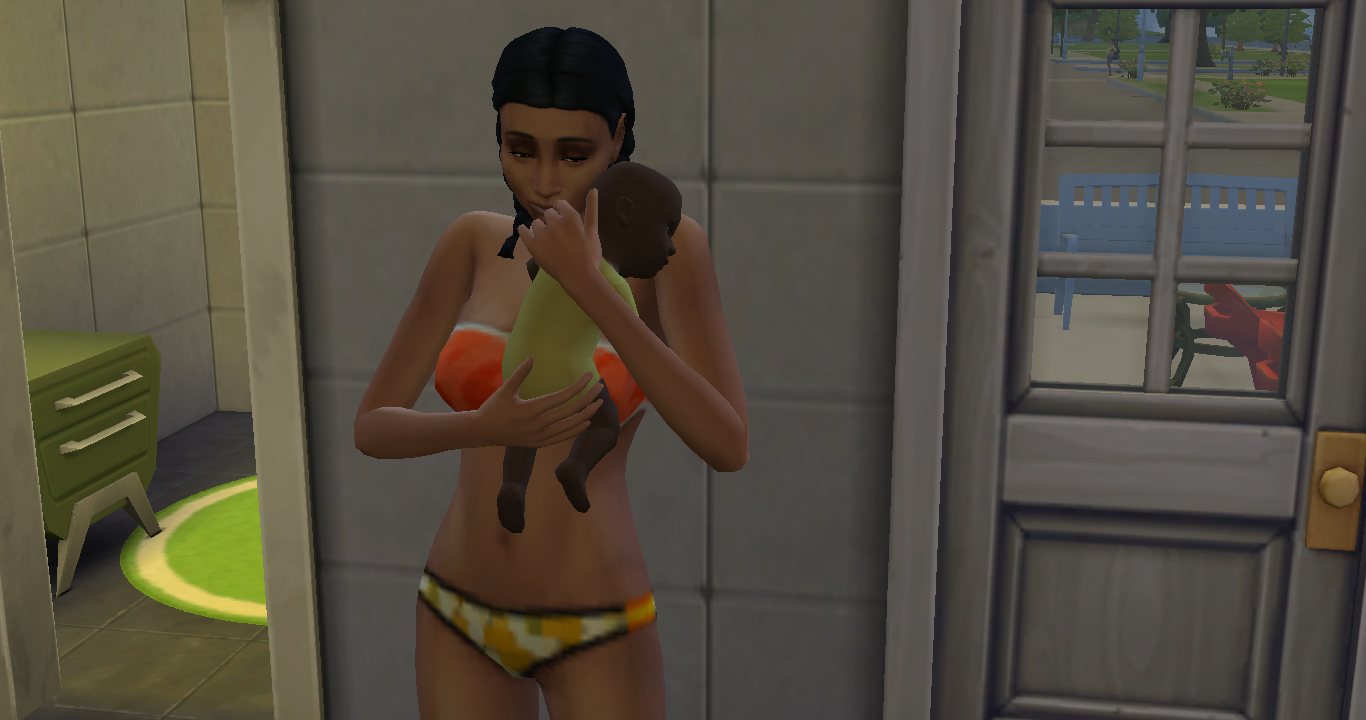 It's Alex and Gemma's birthdays! 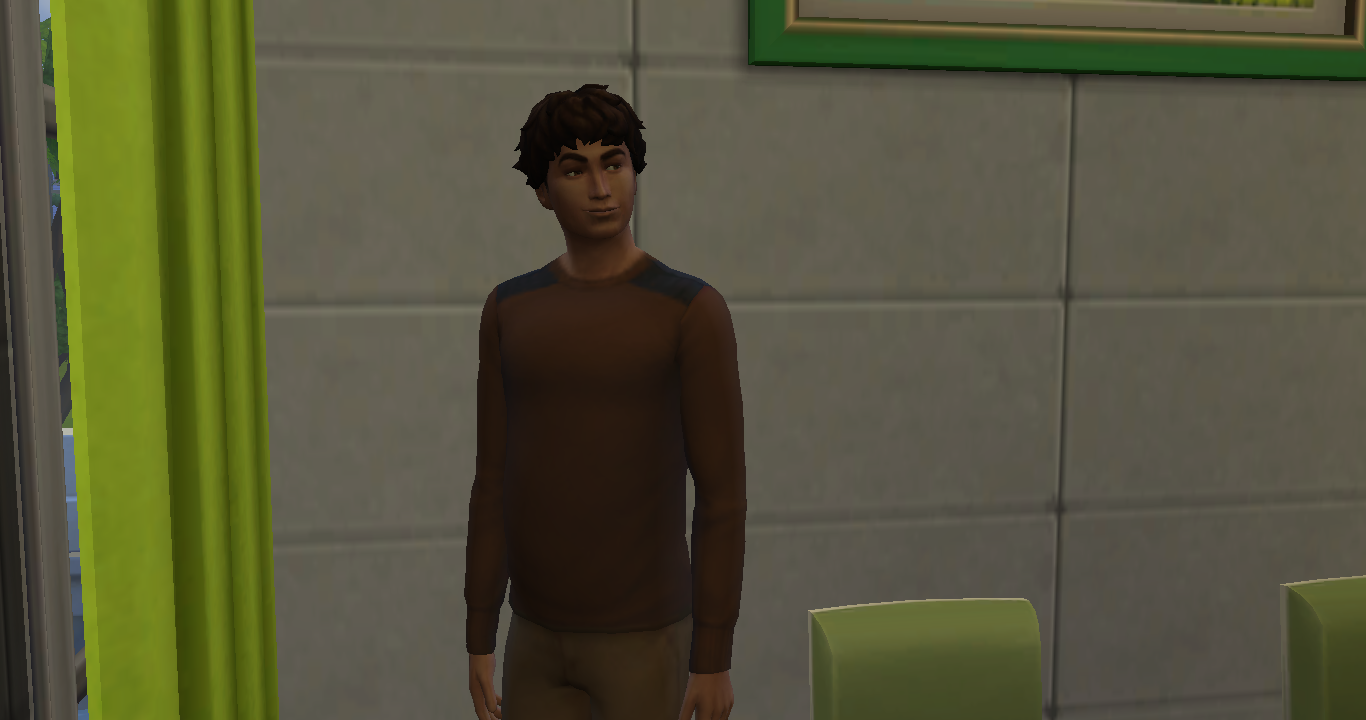 Alex as a teen. 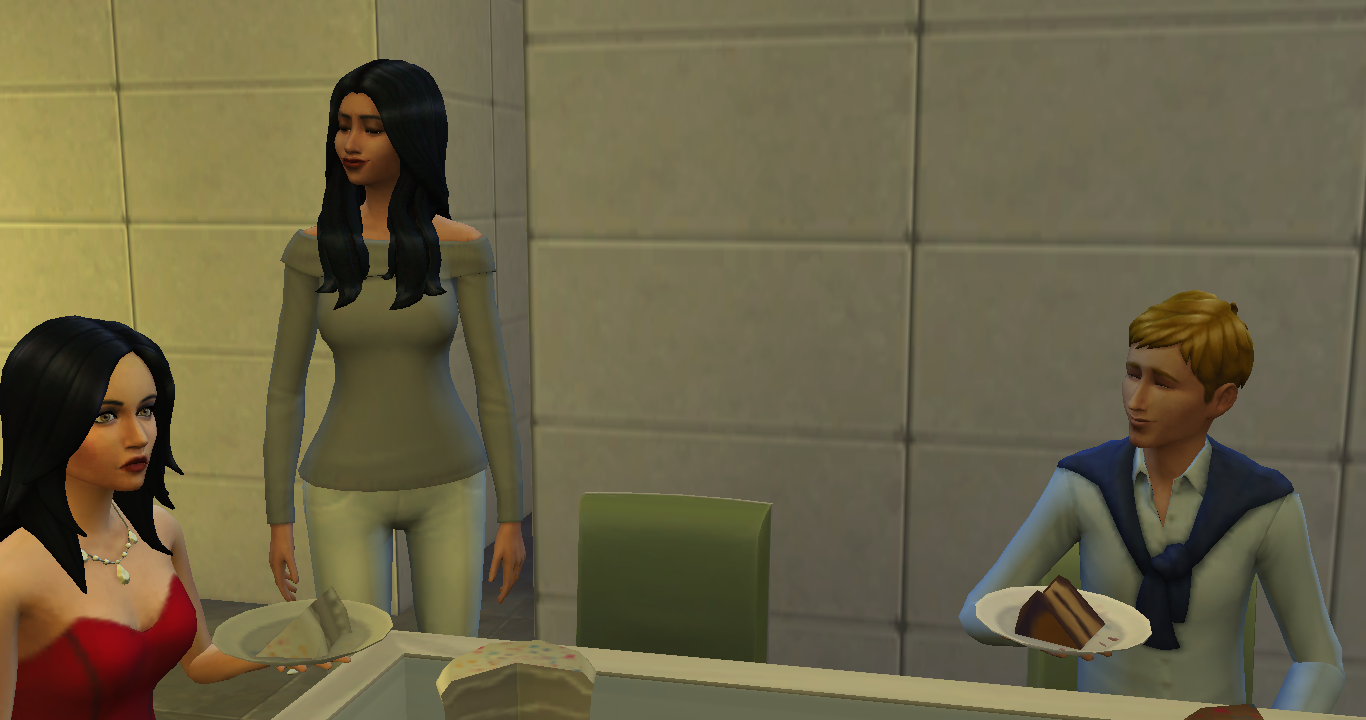 Gemma gets a makeover. 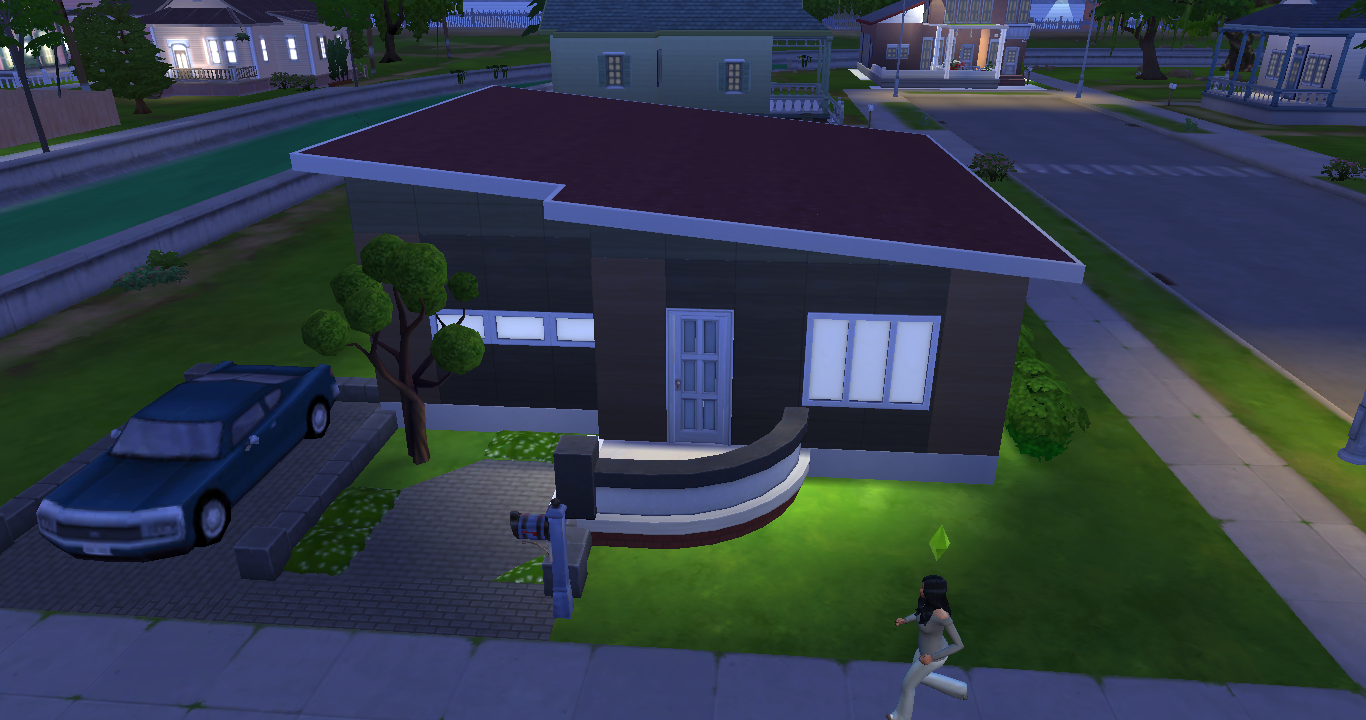 Gemma decides now that she's a young adult she wants her own place.
She moves into Retro Candy built by SimifyMe Captain. 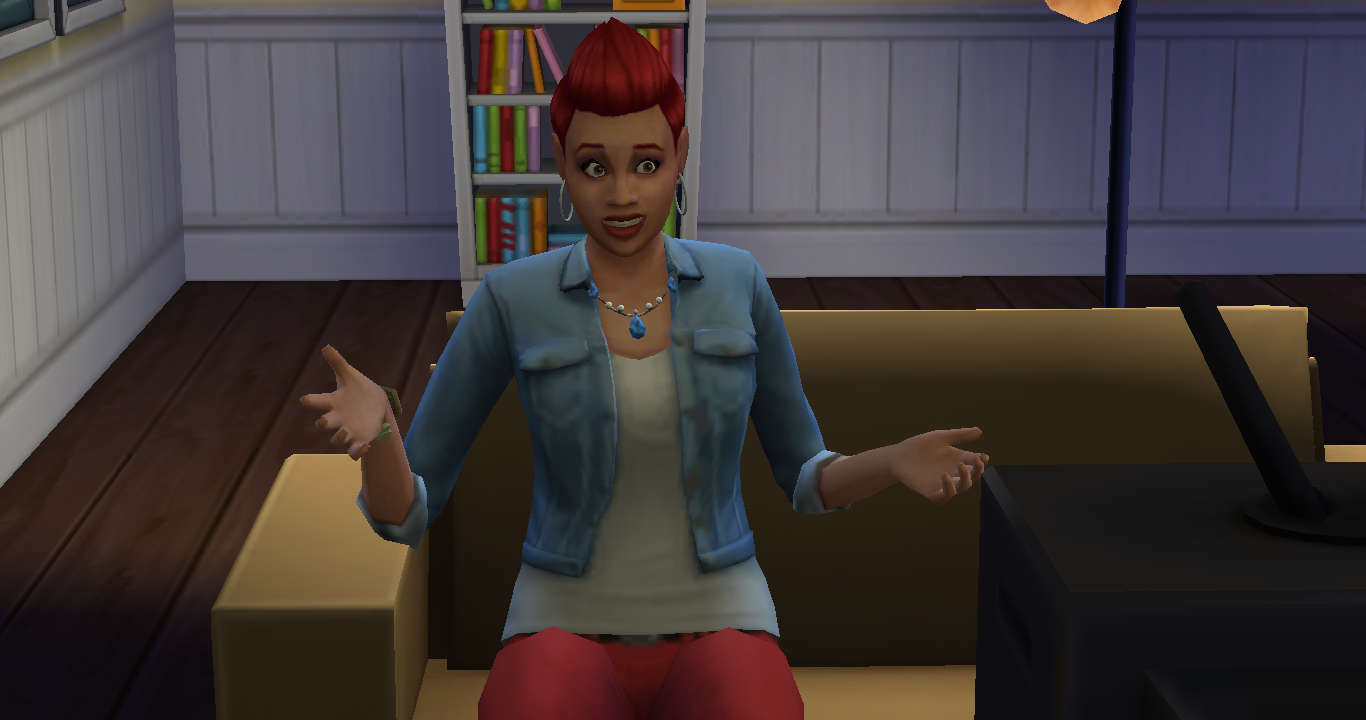 After the birthday party Cassidy sits in her house thinking.
She sees how happy her brother is, especially with a new baby.
She's thinking that should have been her! 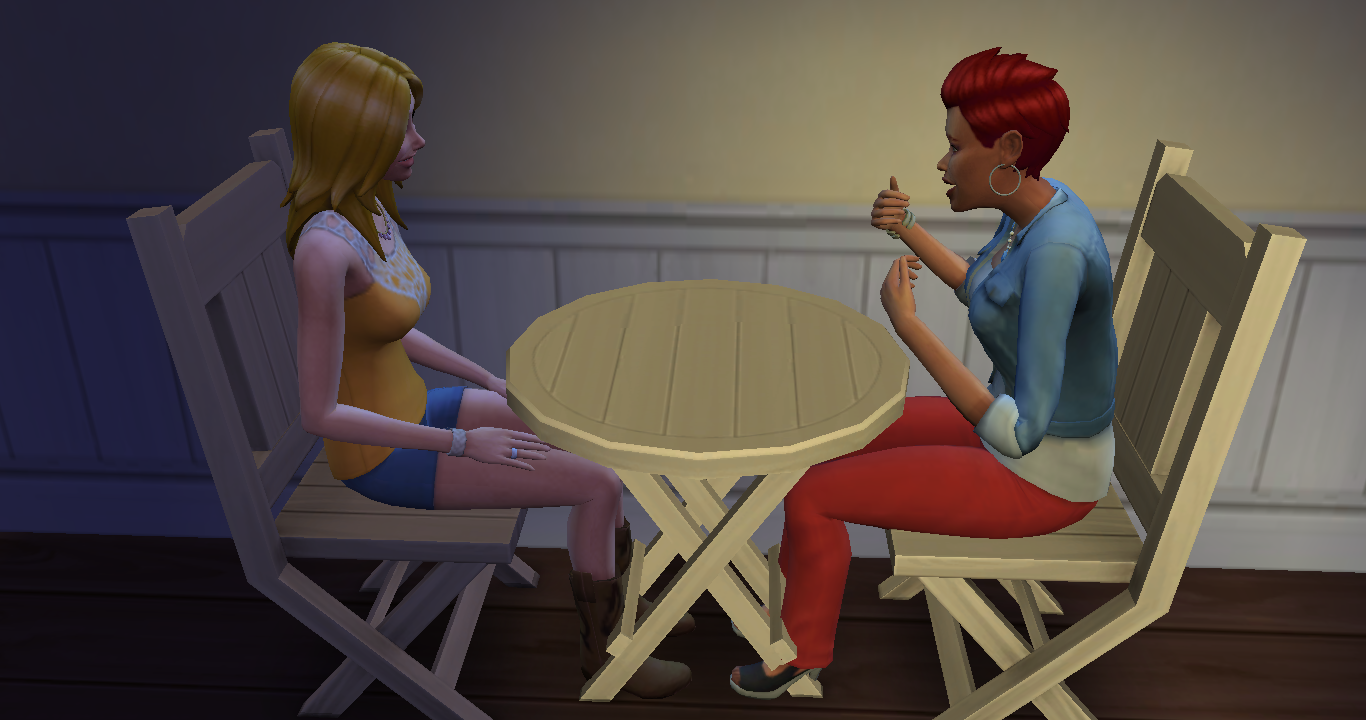 Cassidy explains everything to her neighbor Babs L'Amour.
Babs tells her mabye it's time to take a chance on someone, she can't be a loner forever. 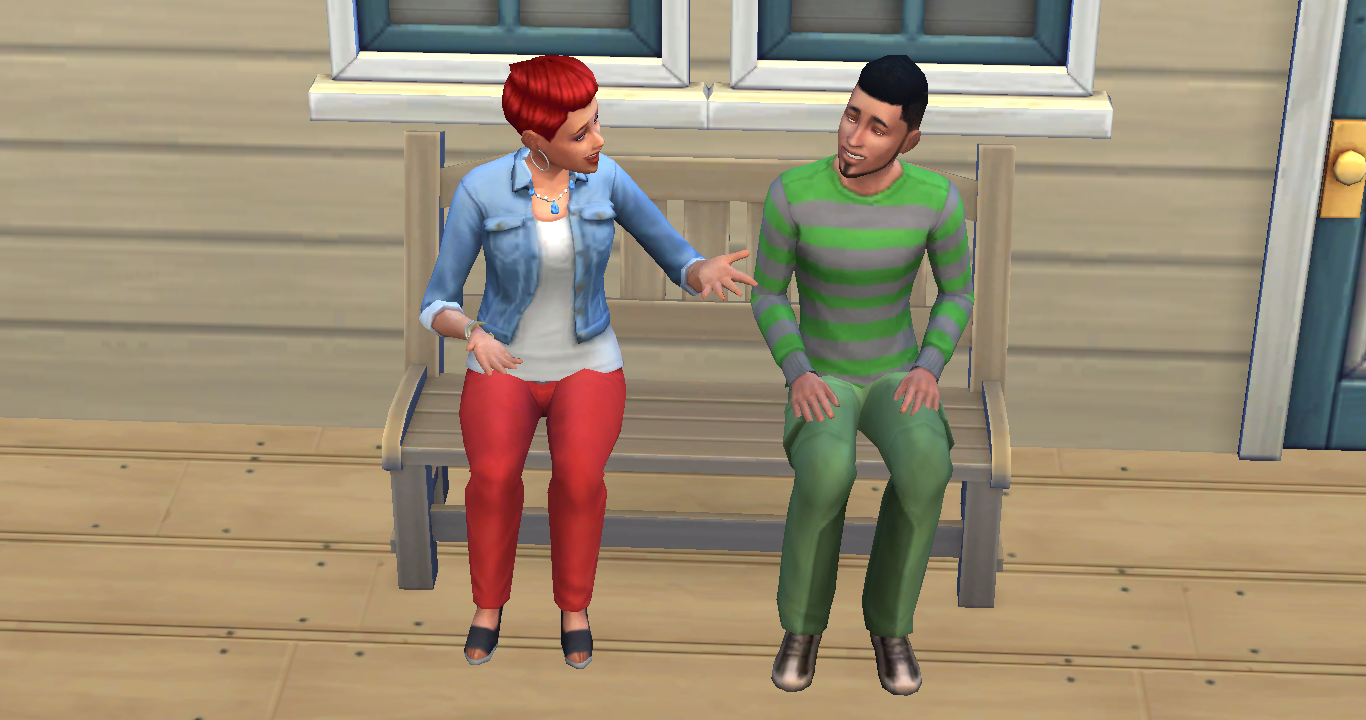 The next day Cassidy invites Devon over.
They sit and chat for a bit and then she finally gets up the nerve to ask him to move in.
He's thrilled and says yes! 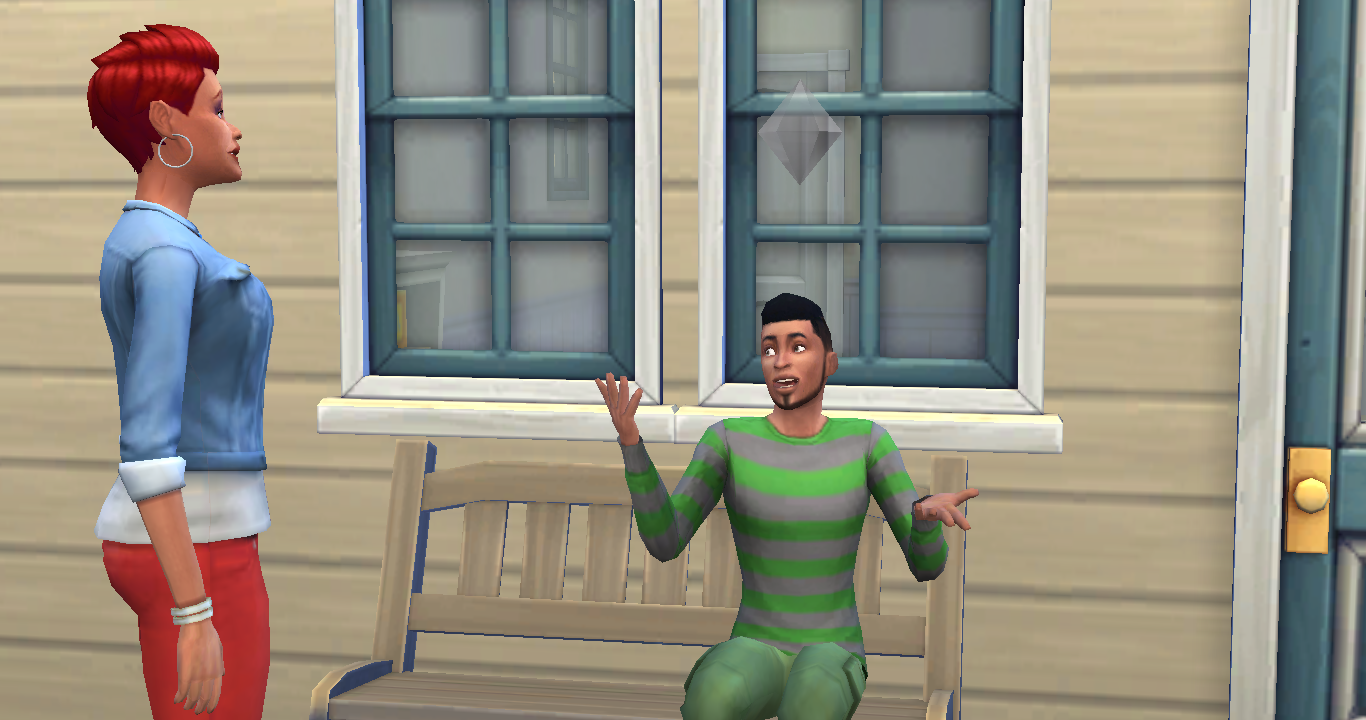 Devon tells Cassidy they should have the house fixed up.
It's just a hovel after all. 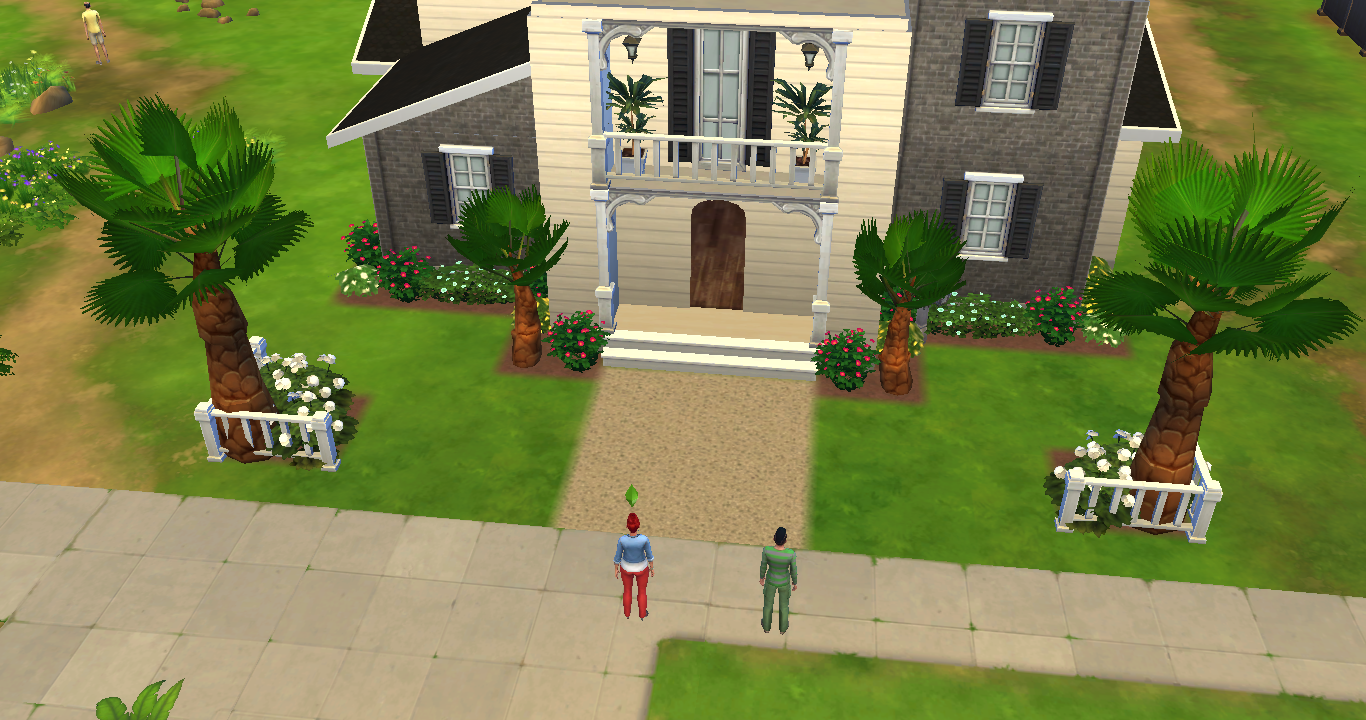 The new house is Family Villa by JamieLea94.
With 5 bedrooms I think Devon is serious! 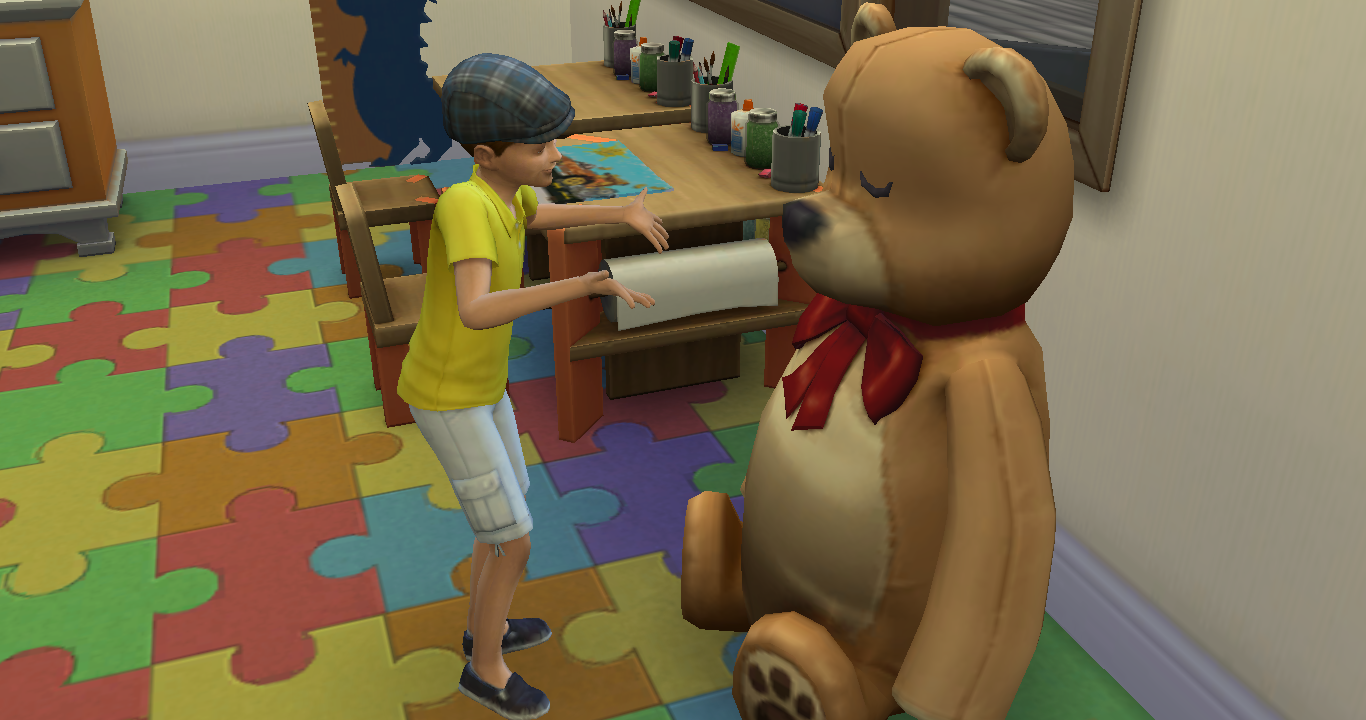 Back at the Jones household Sebastian is telling anyone who will listen that it's almost his birthday. 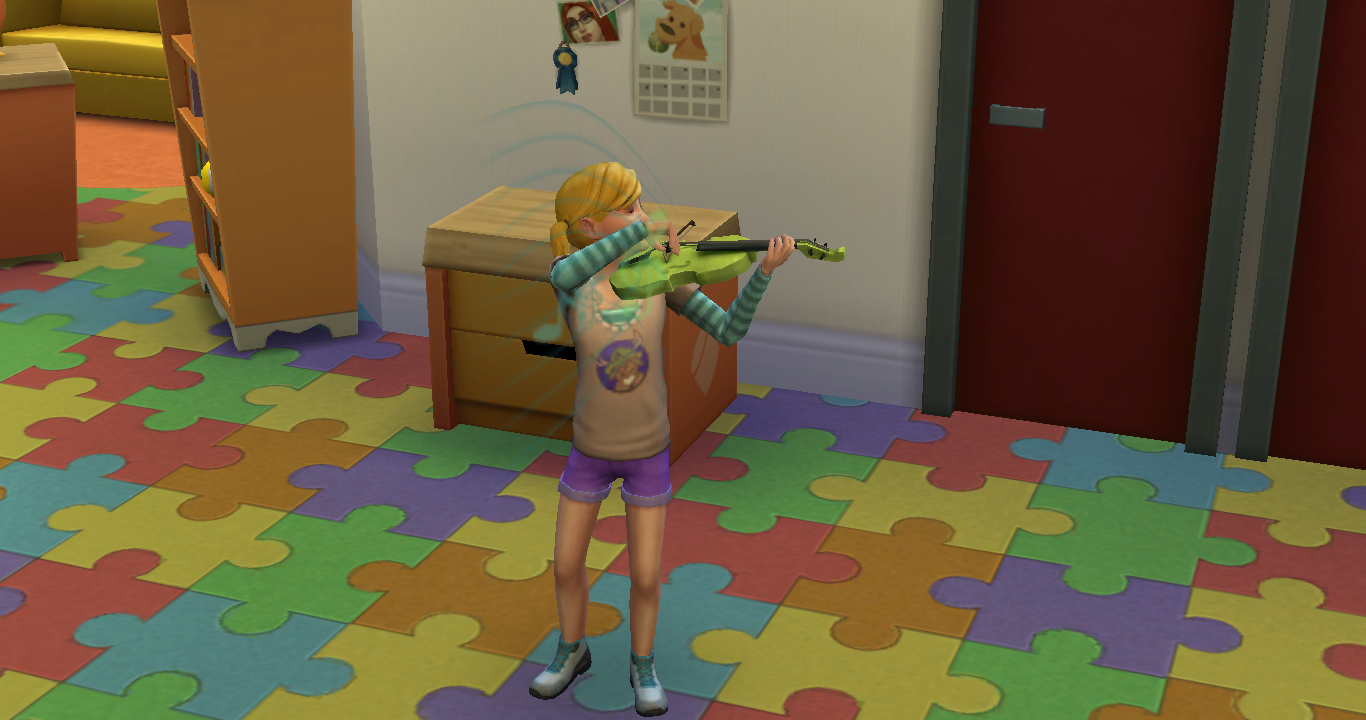 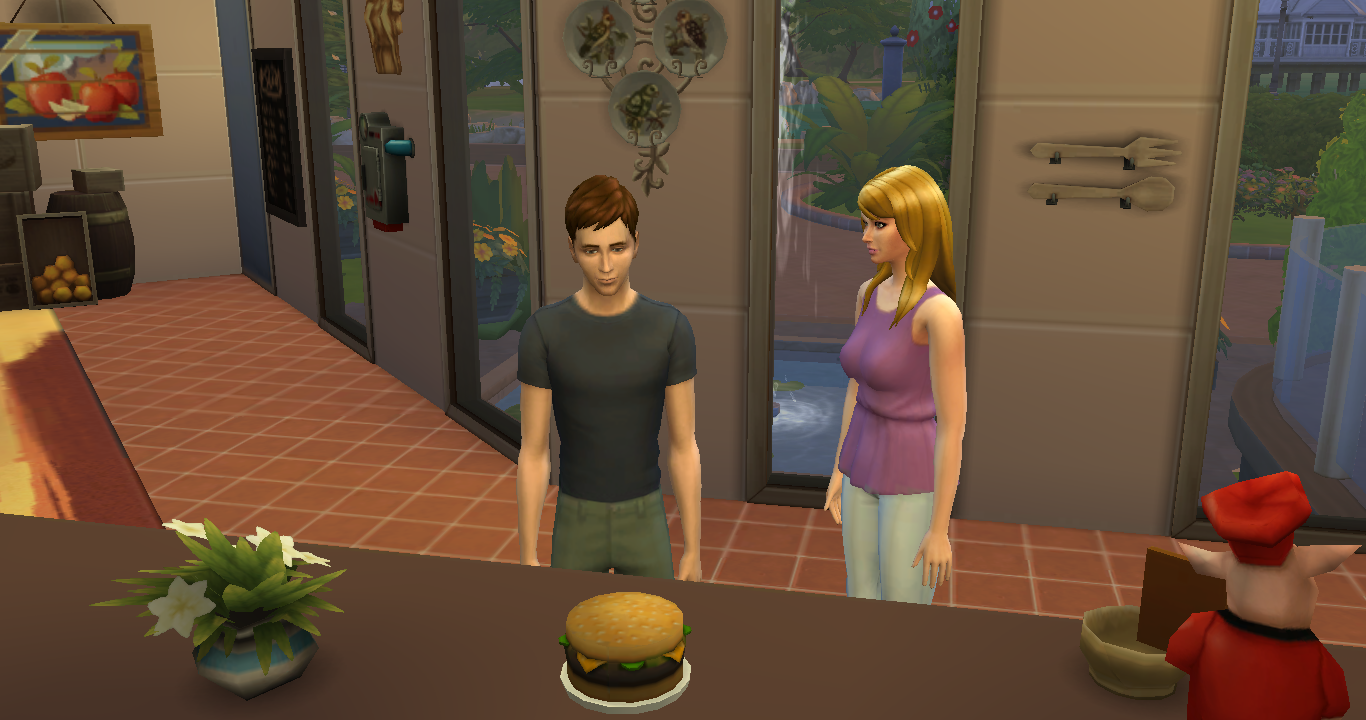 Sebastian ages to teen.  He didn't want a party after the failure his sister's was. 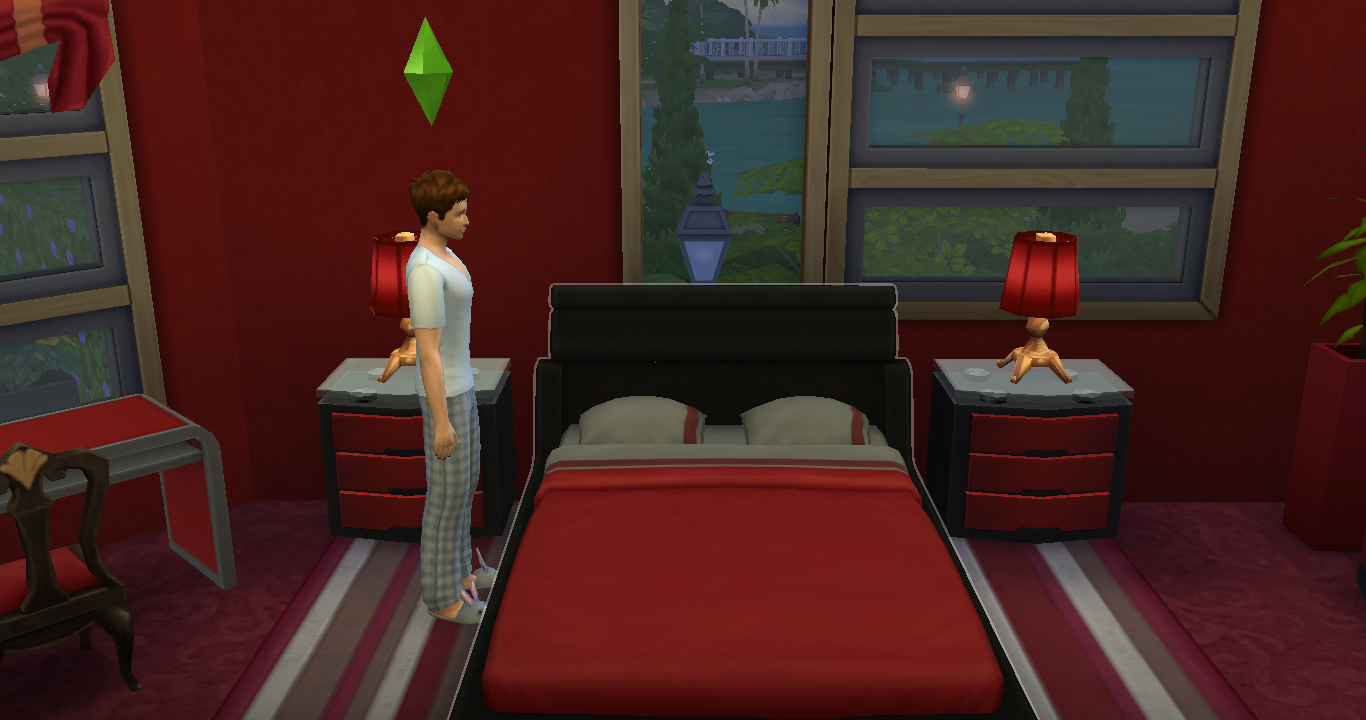 Just like his sister he's thrilled about his new room. 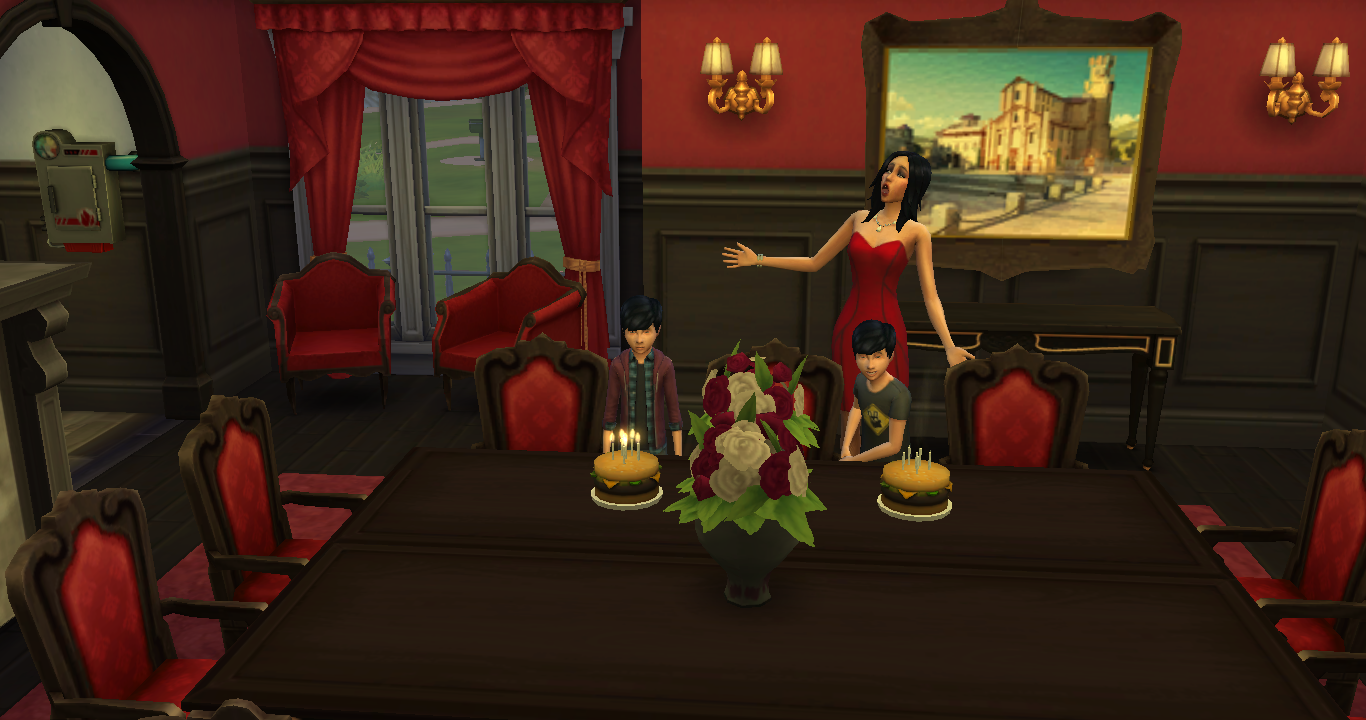 It's birthday time at the Goth household too!
The twins blow out the candles while Mom sings. 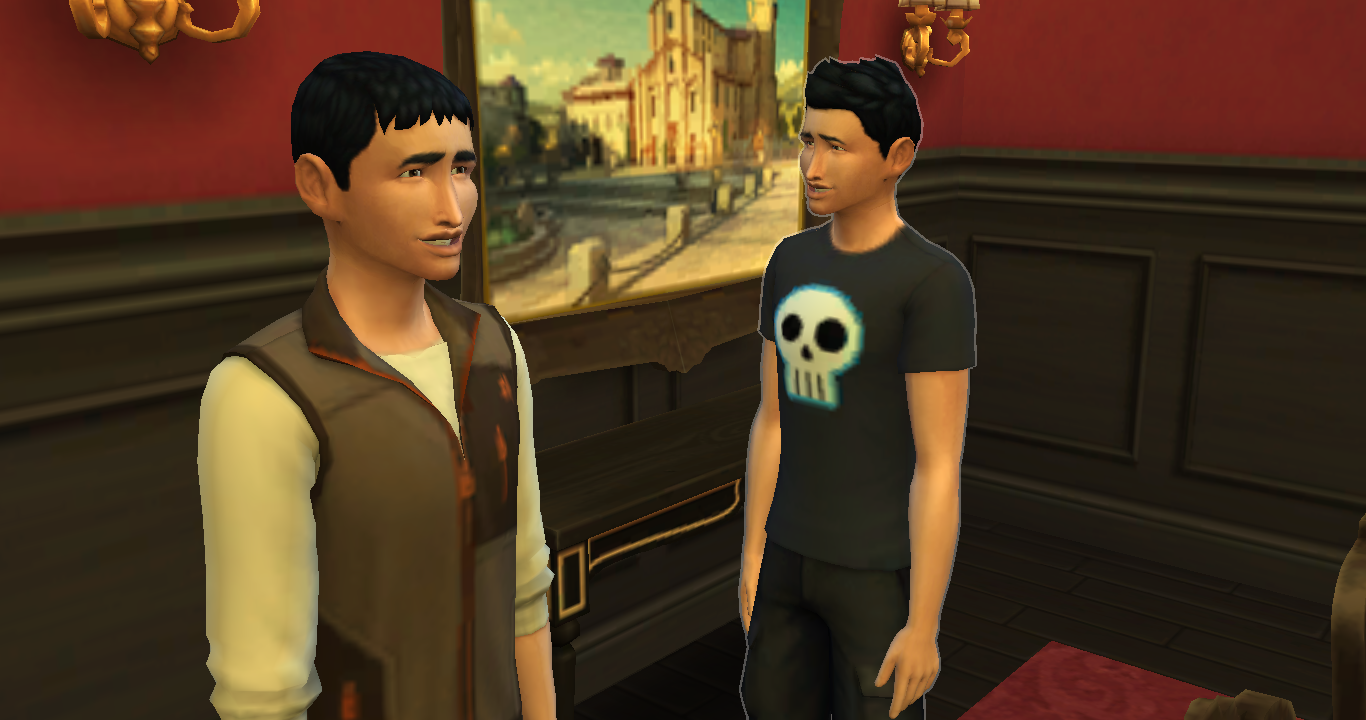 ...and there they are Kayden and Charlie Goth as teens!