TS4 Neighborhood Rotation- So Much Happening So Little Time 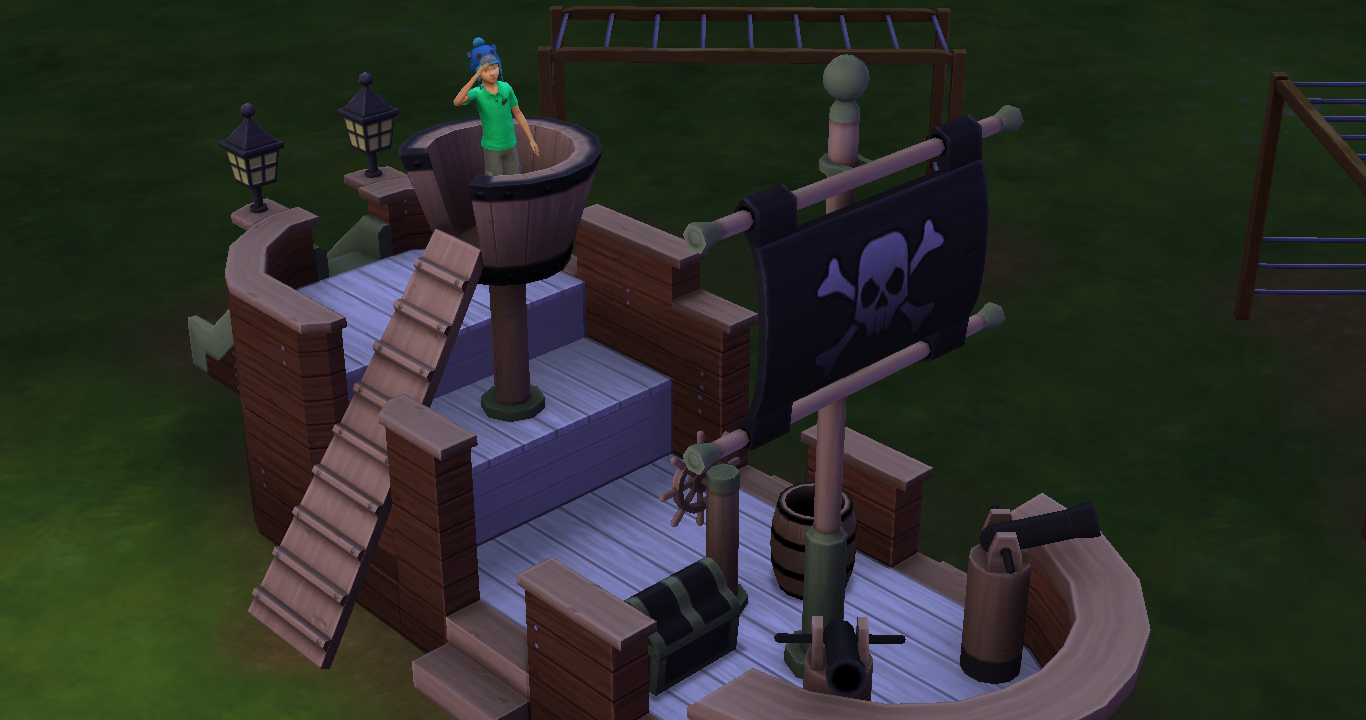 Chandler Pancakes is one of my favorites of all the kids.
You just don't see much of him because I can't stand Eliza. 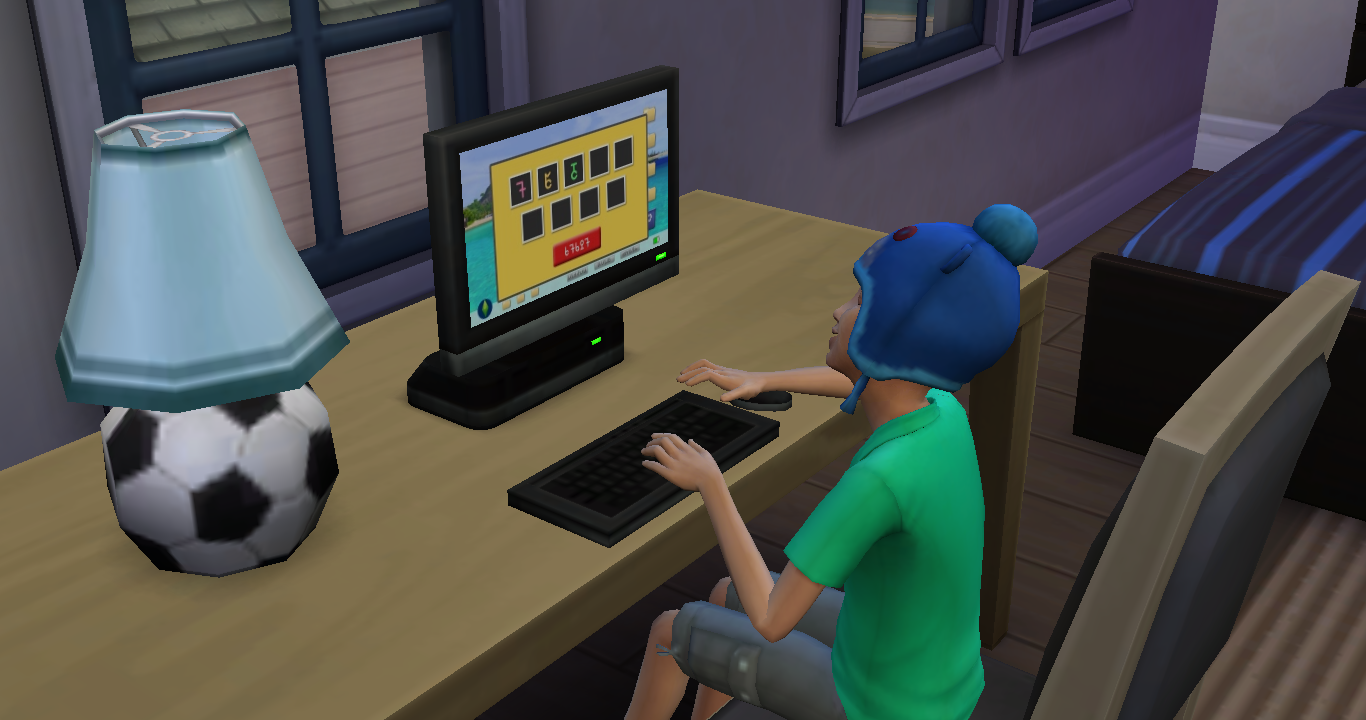 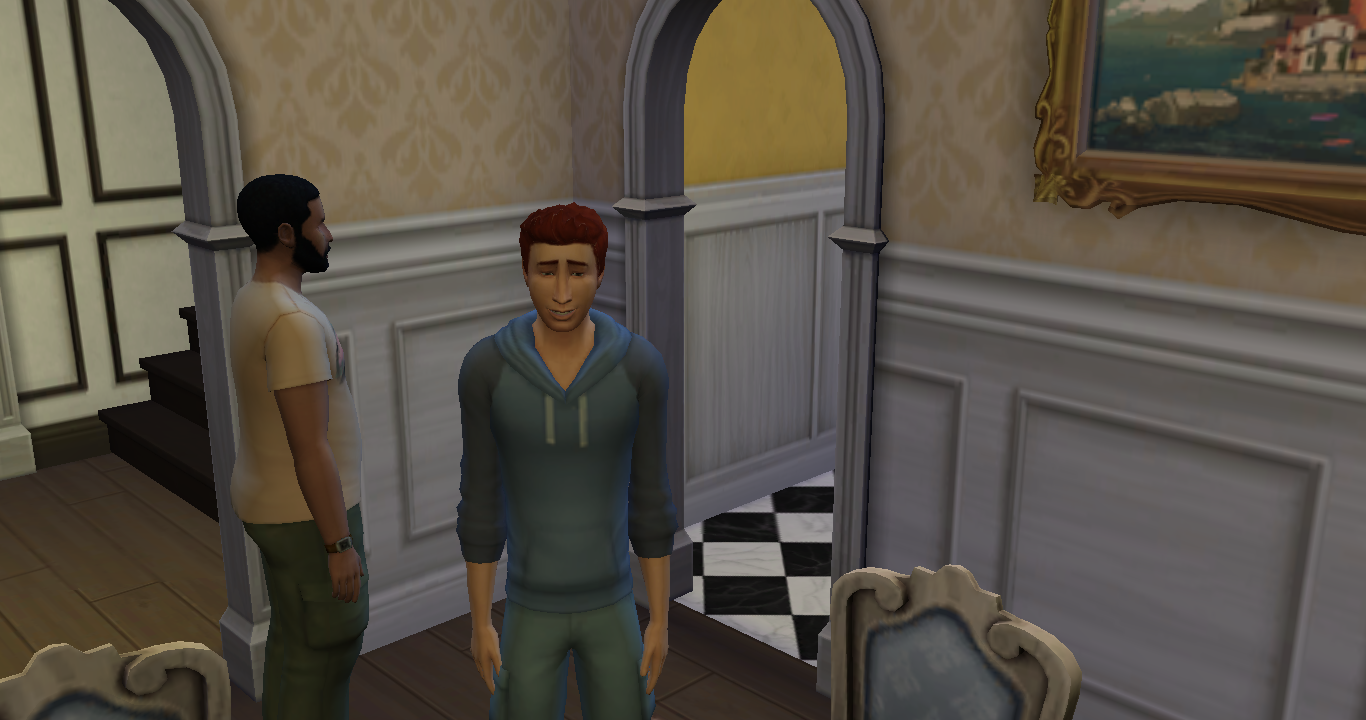 Chandler aged up to teen.
Now I need to leave the Pancakes house before I kill Eliza. 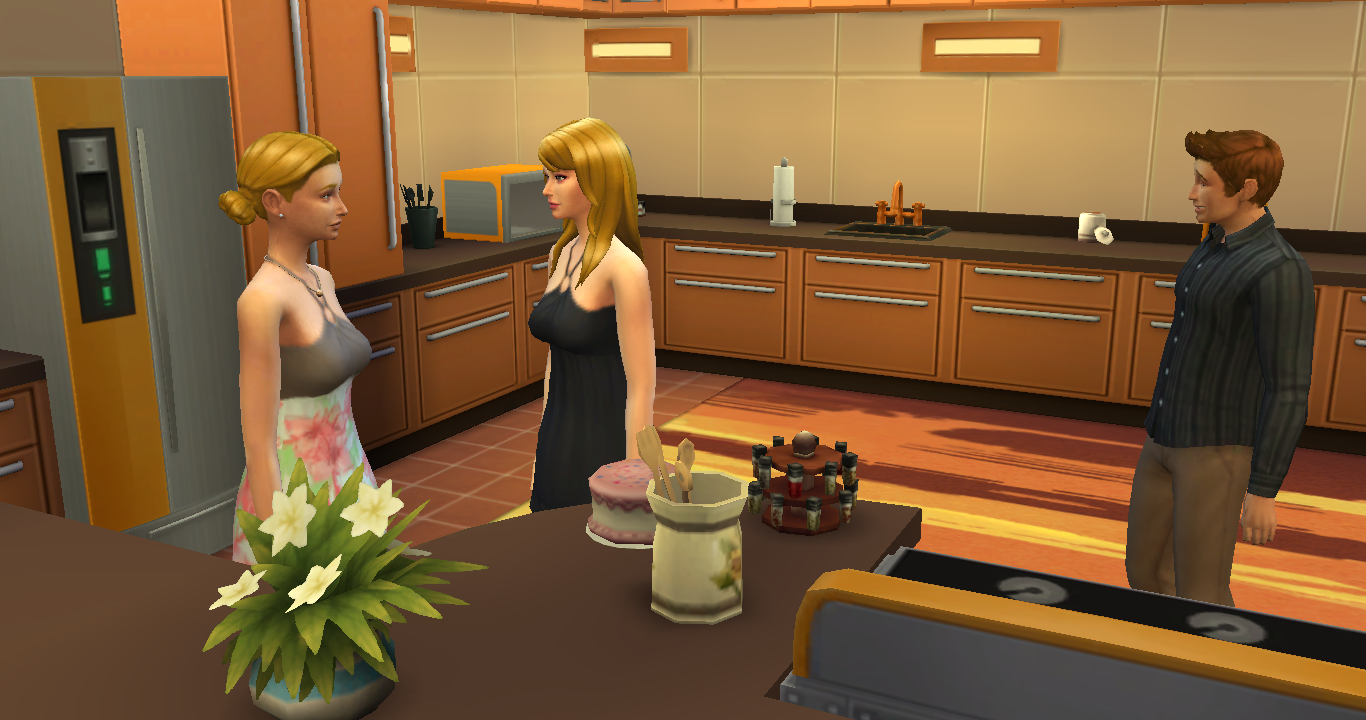 Mercedes Jones aged up to teen too.
She looked so cute I didn't bother changing her clothes or hair. 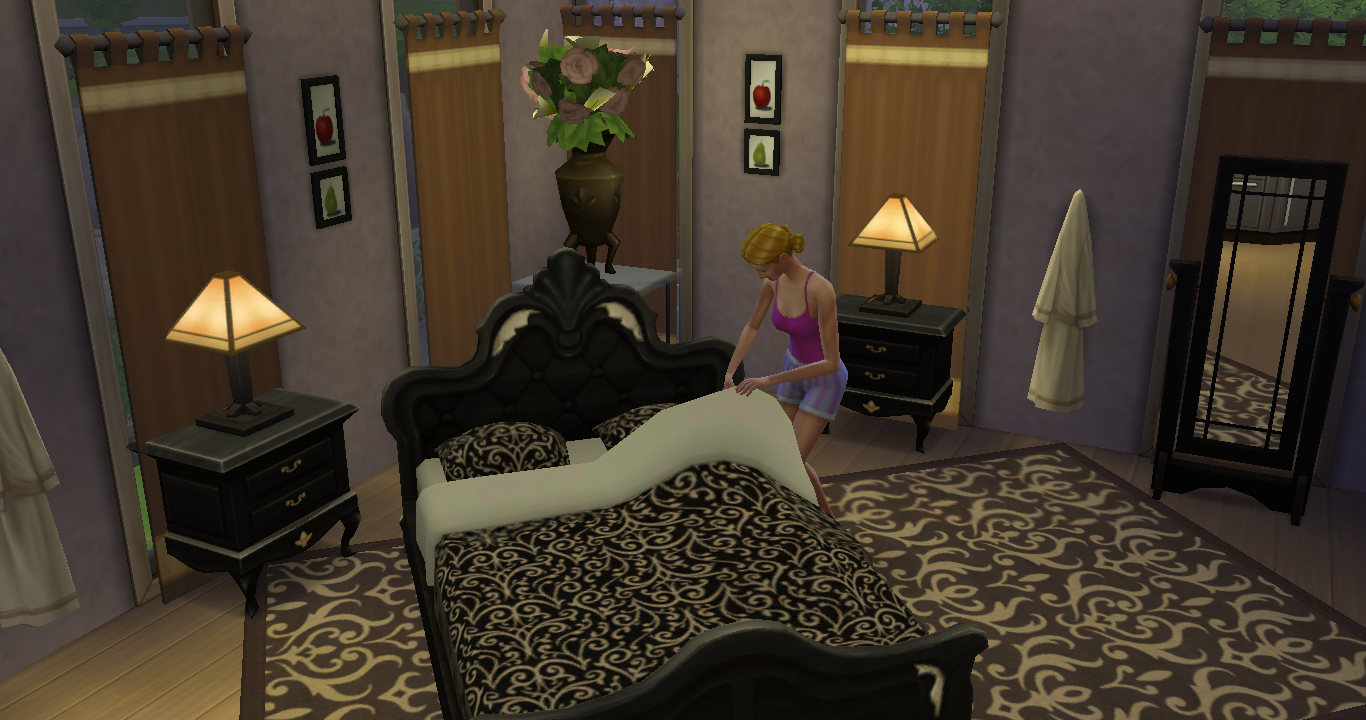 Mercedes looks forward to enjoying her 1st night in her new bedroom. 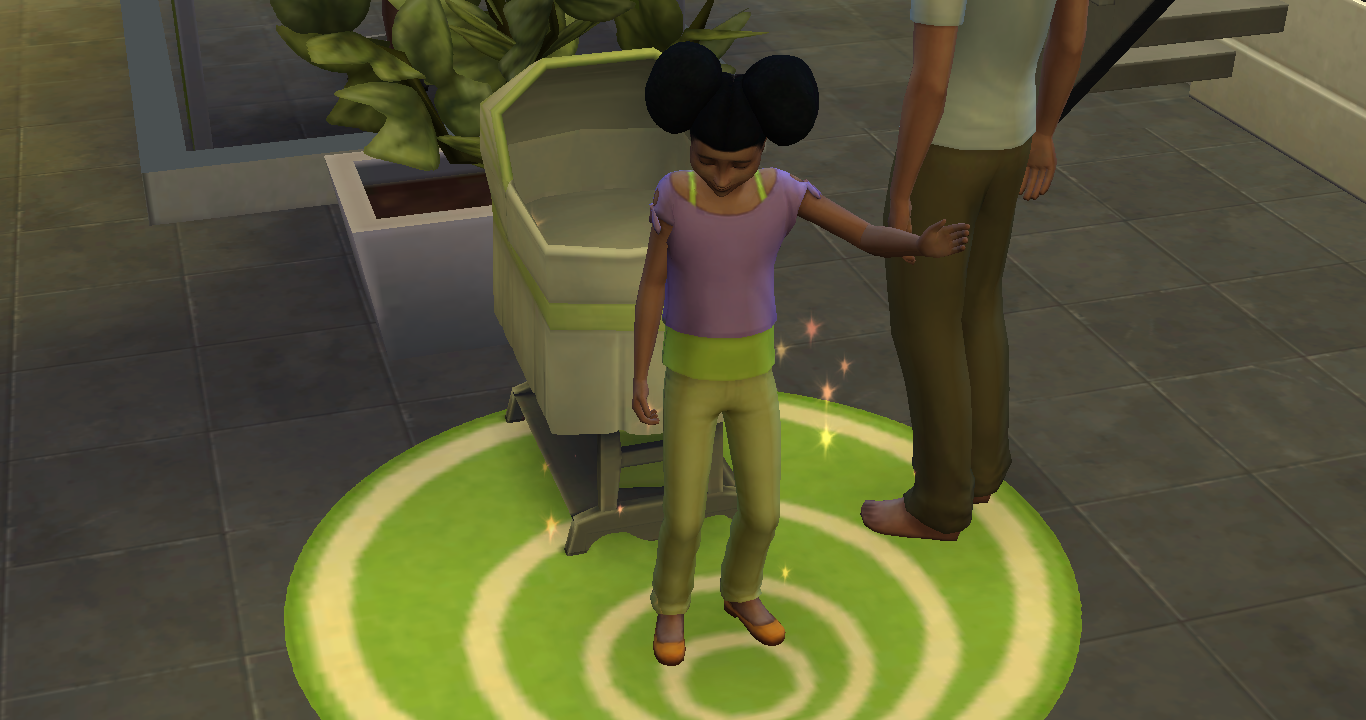 Speaking of birthdays, it's time for Amaya Purdue to age up to child.
Isn't she adorable with those hair poofs?! 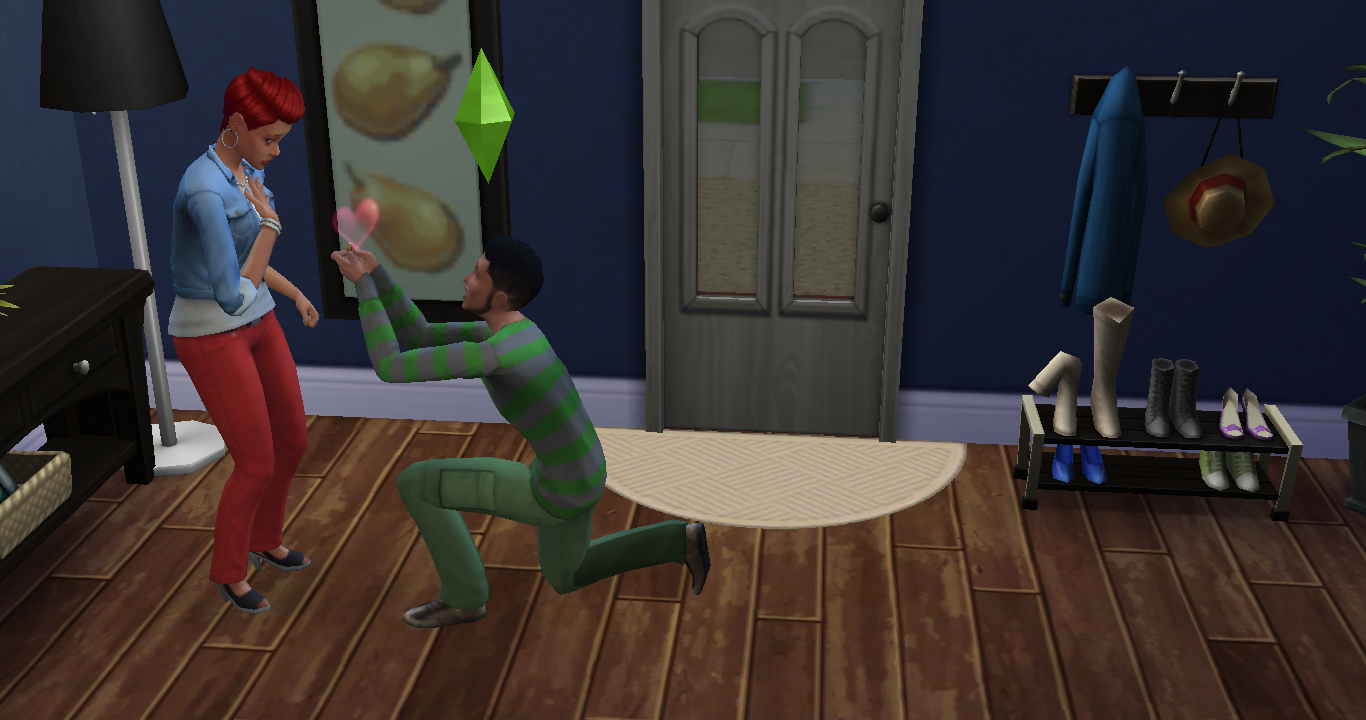 Meanwhile next door Ollie's sister Cassidy Purdue is getting engaged!
Devon says that now that they're engaged they should start a family. 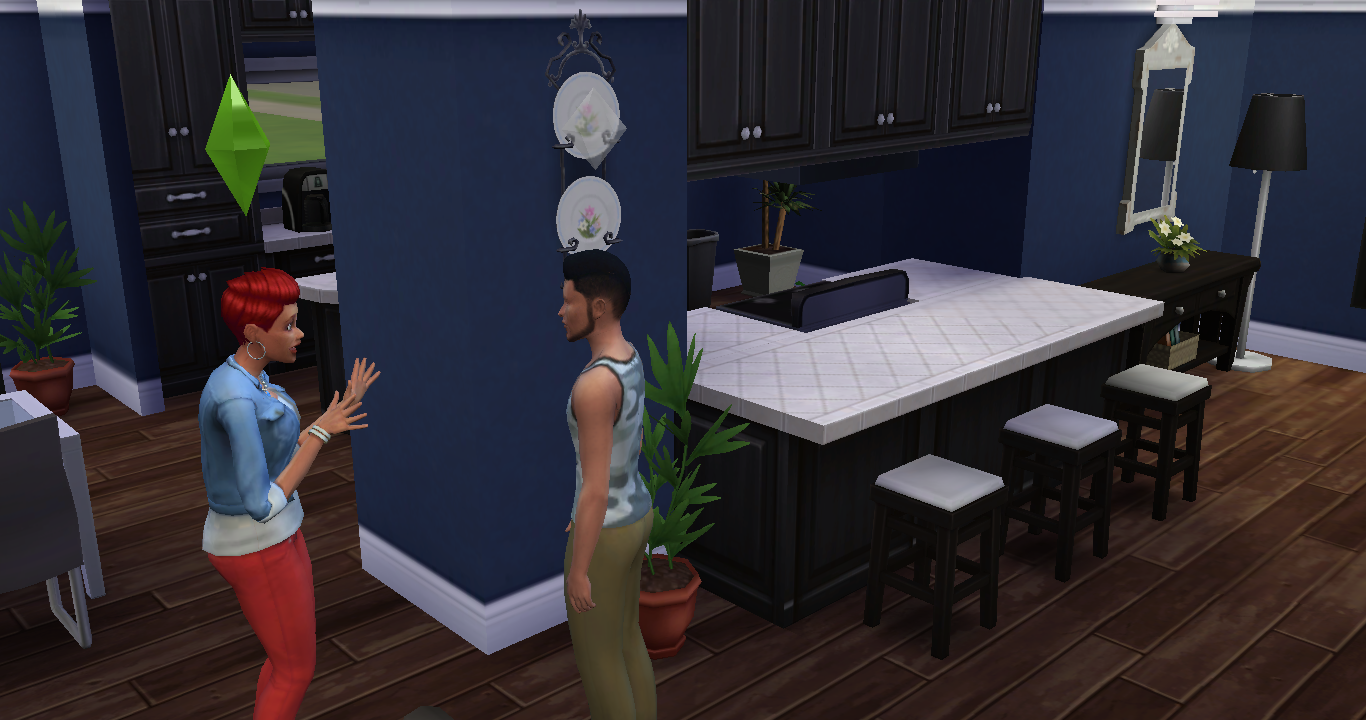 After a couple of tries Cassidy runs to Devon to tell him she's pregnant! 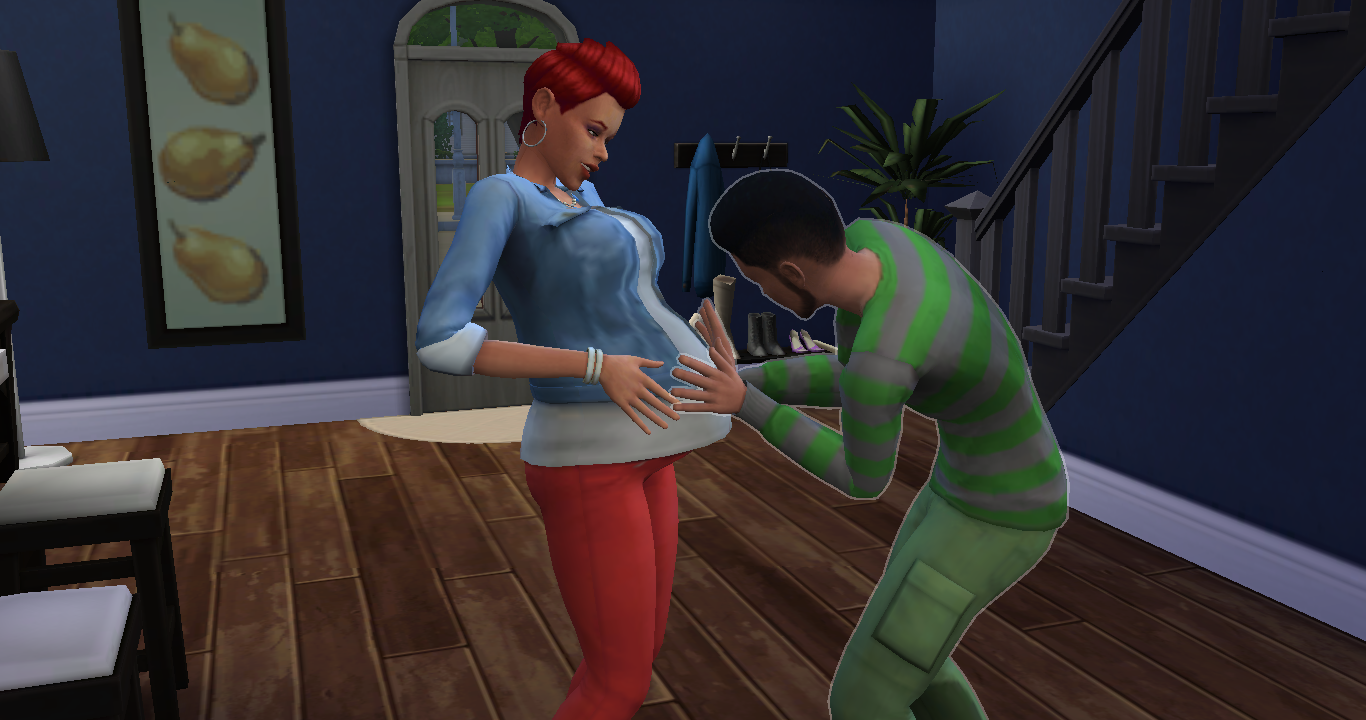 Time to move on to another house.... 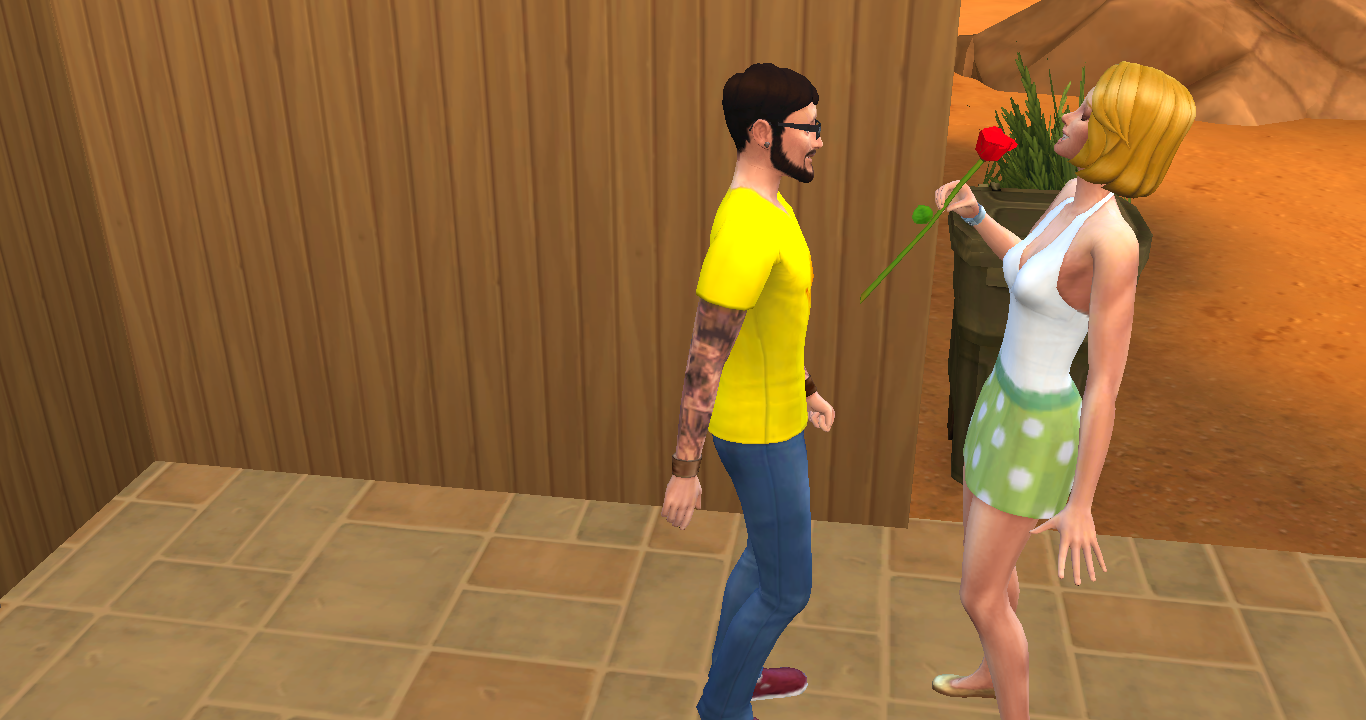 Andre decides to tell Dina he has feelings for her.
He was confused about the 2 sisters attentions but then he heard that Nina was already in a relationship and he liked Dina more anyway. 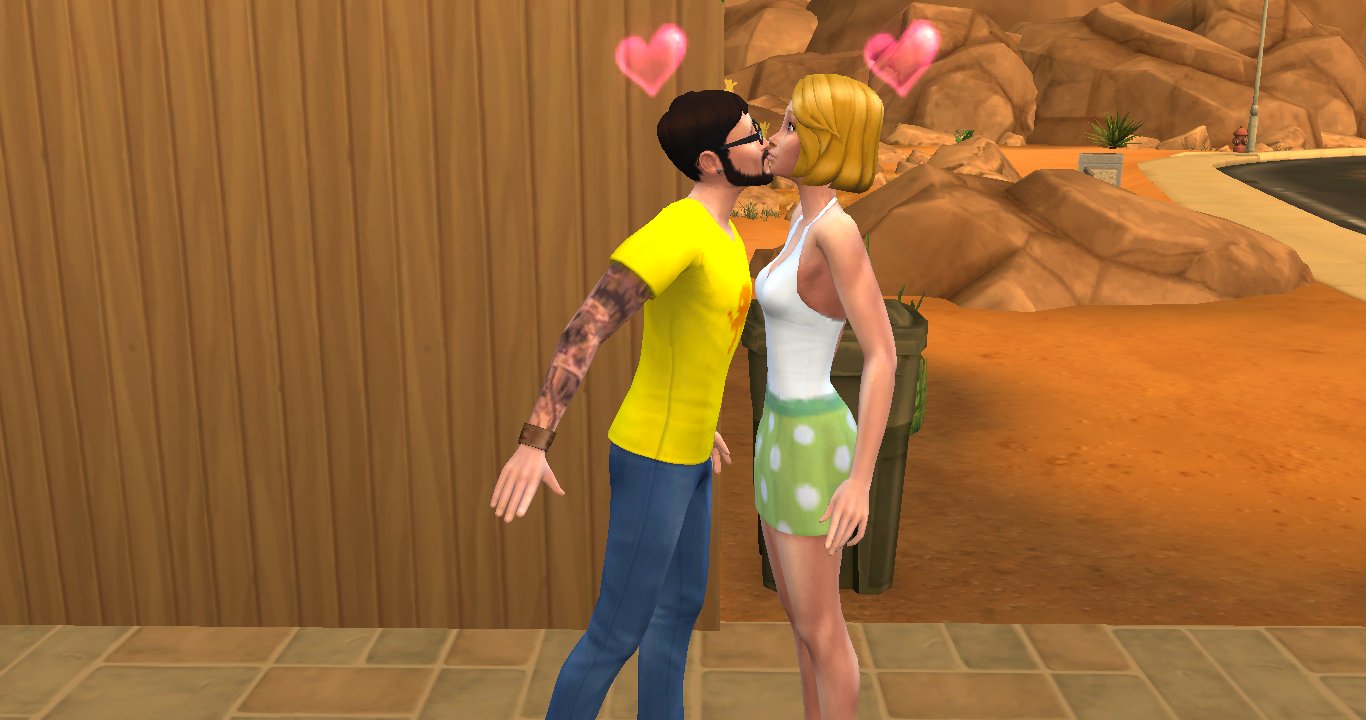 They have their first kiss, then Dina leaves. 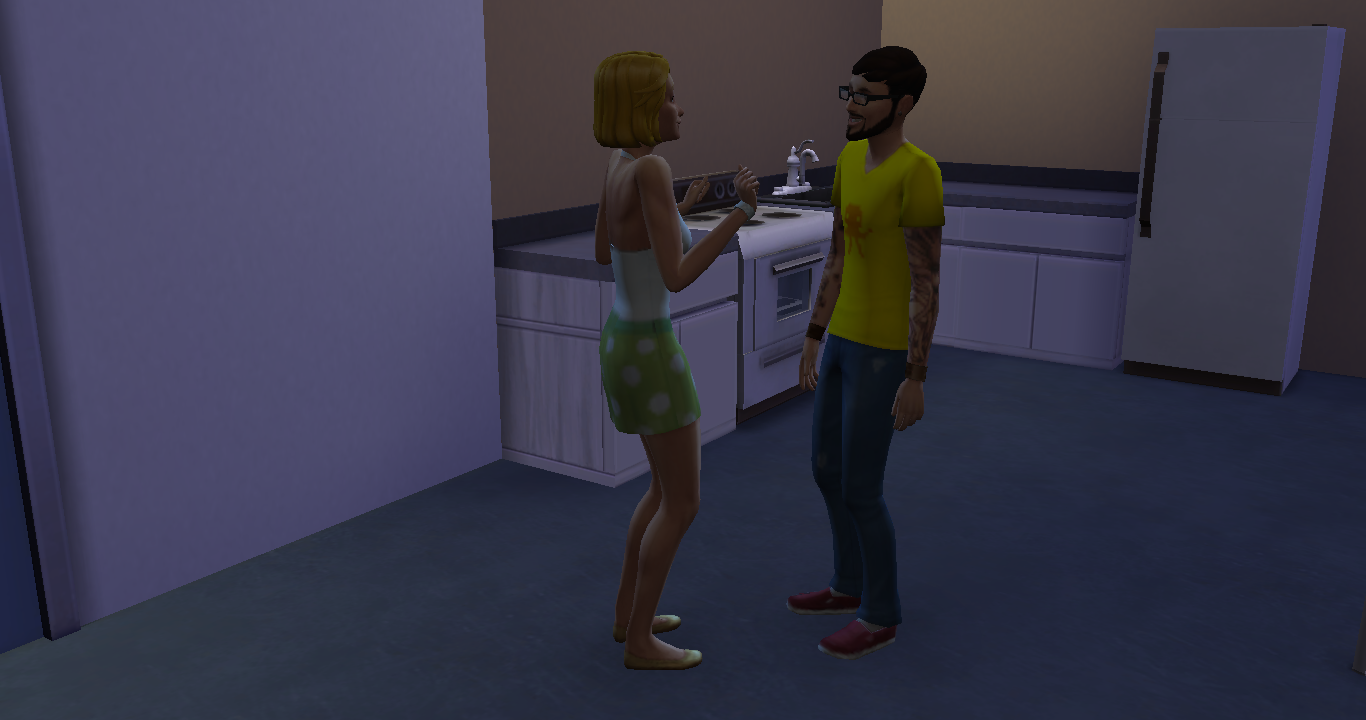 The next day Andre asks Dina to be his girlfriend and live together. Dina says yes if they can live next to her family.
They didn't like the house that was there so they got this one
Villa California built by ruthless_kk. 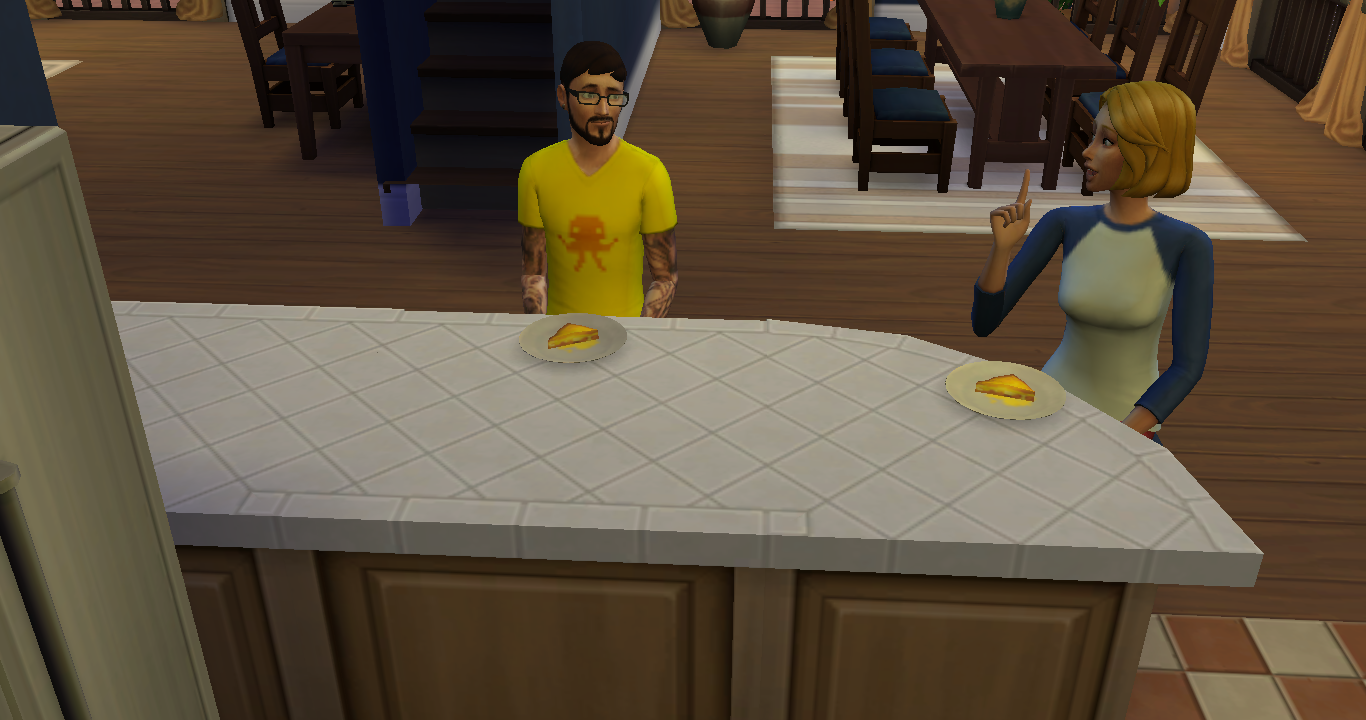 Dina made grilled cheese to celebrate and told Andre how she got a bar and treadmill while he was at work. 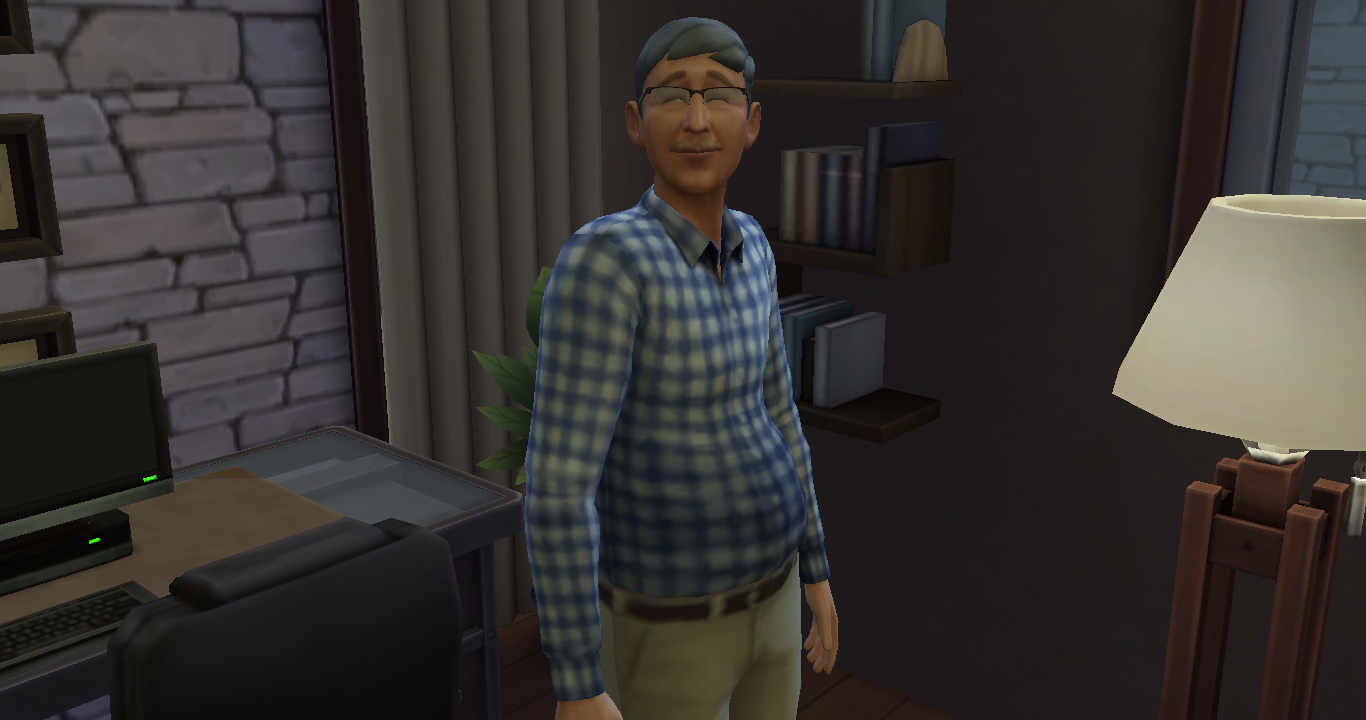 I popped in to see how Andrea Landgrab was doing when I realized Geoffrey had aged to elder! 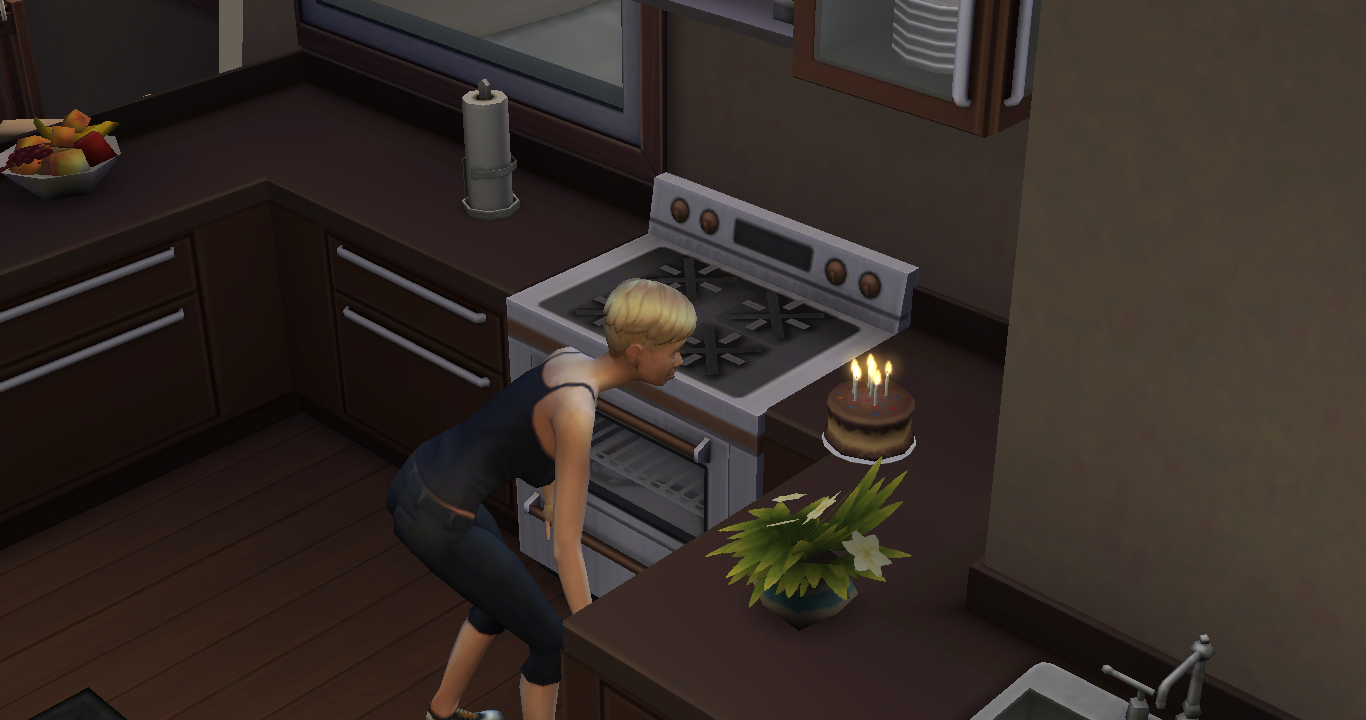 Ashlie wants to be the same age as Geoffrey and so ages up with a special cake. 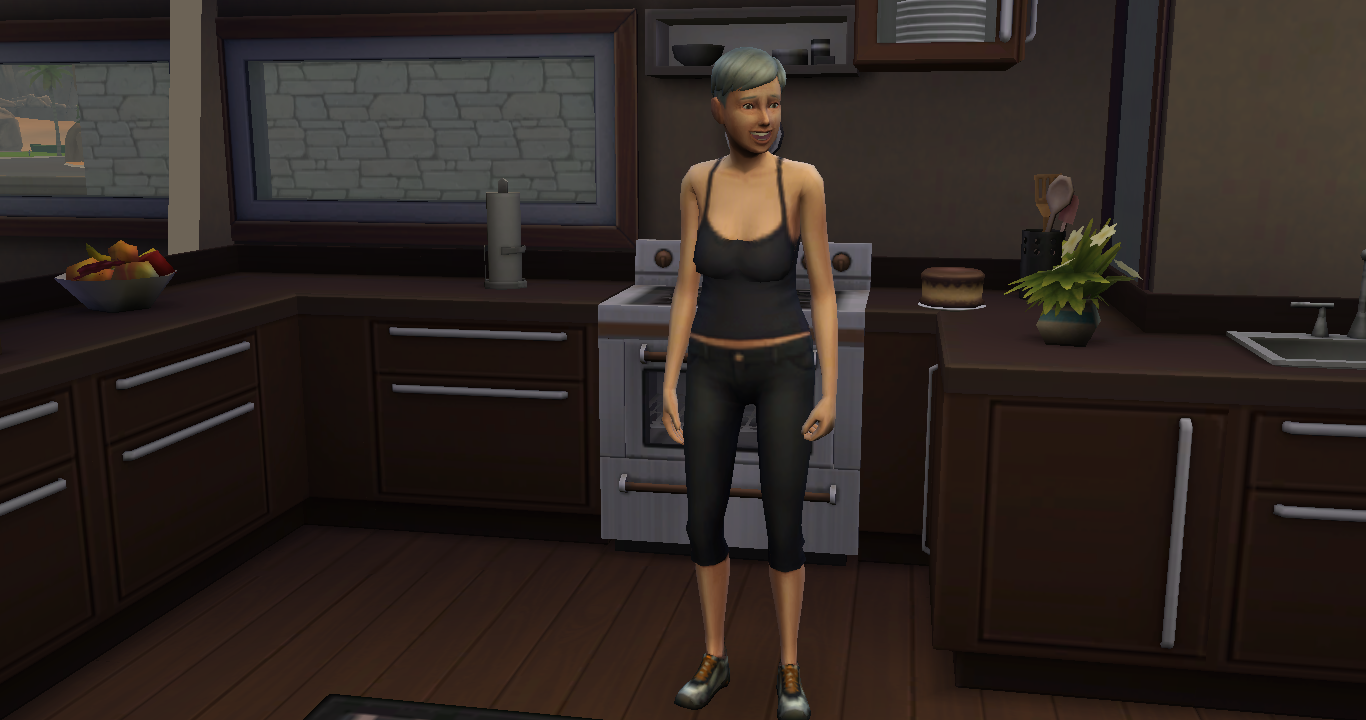 I replaced the museum in Oasis Springs with "Family Park" built by KaiXDemoness.
I turned the fountain into a pool.  :) 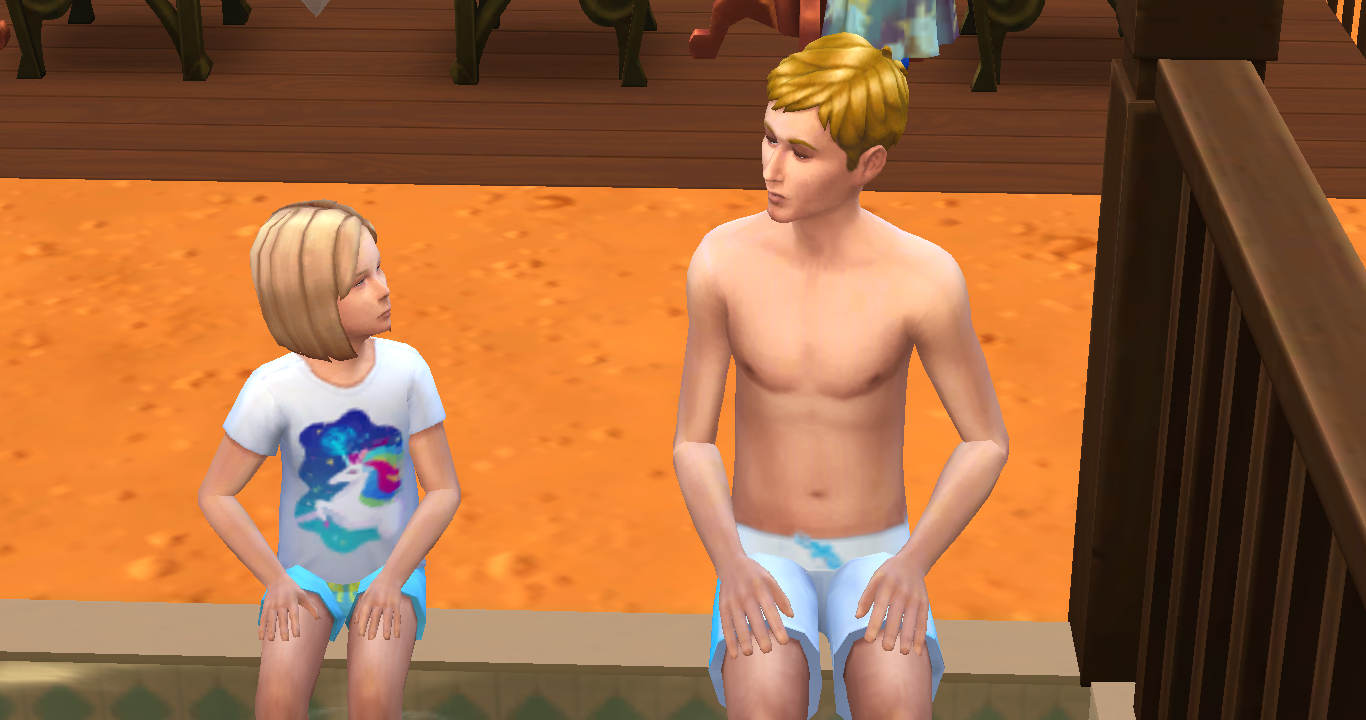 Malcolm Landgrab goes to the grand opening of the new park and sees his half-sister Andrea there. 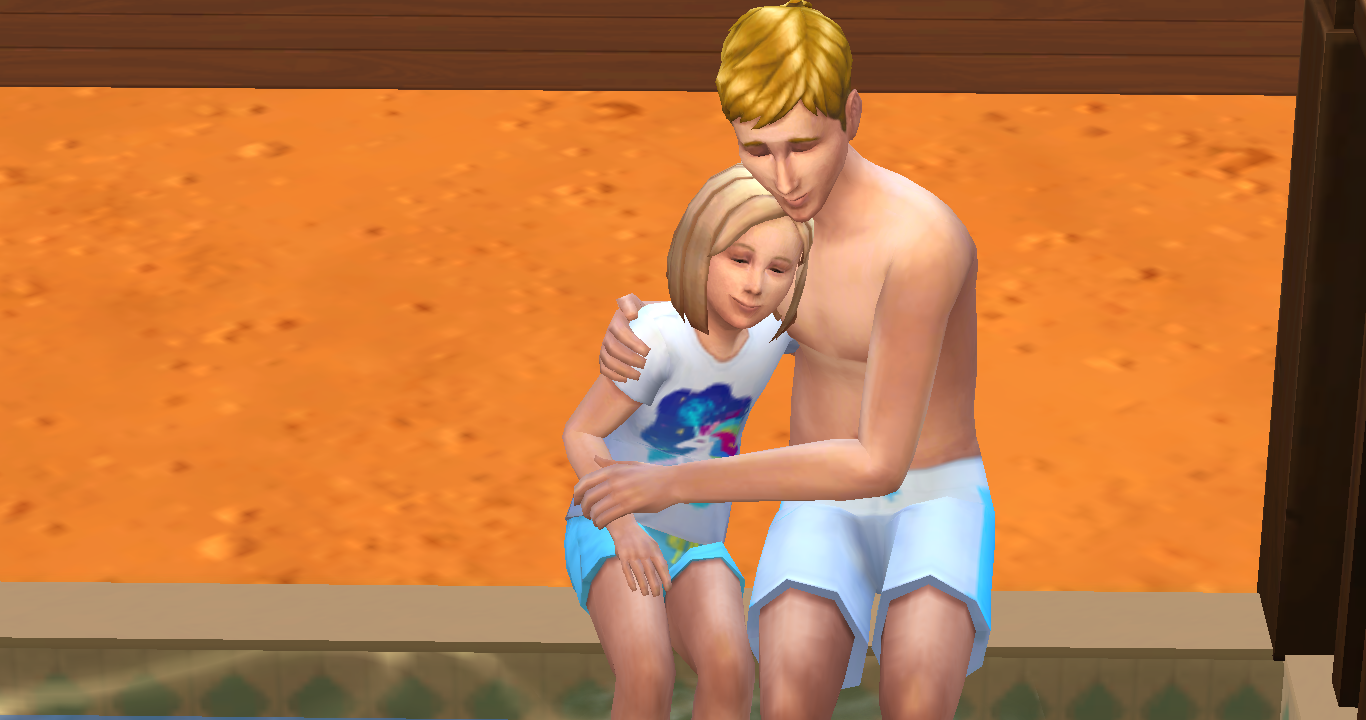 They get along great.  Malcolm has been feeling lonely lately. 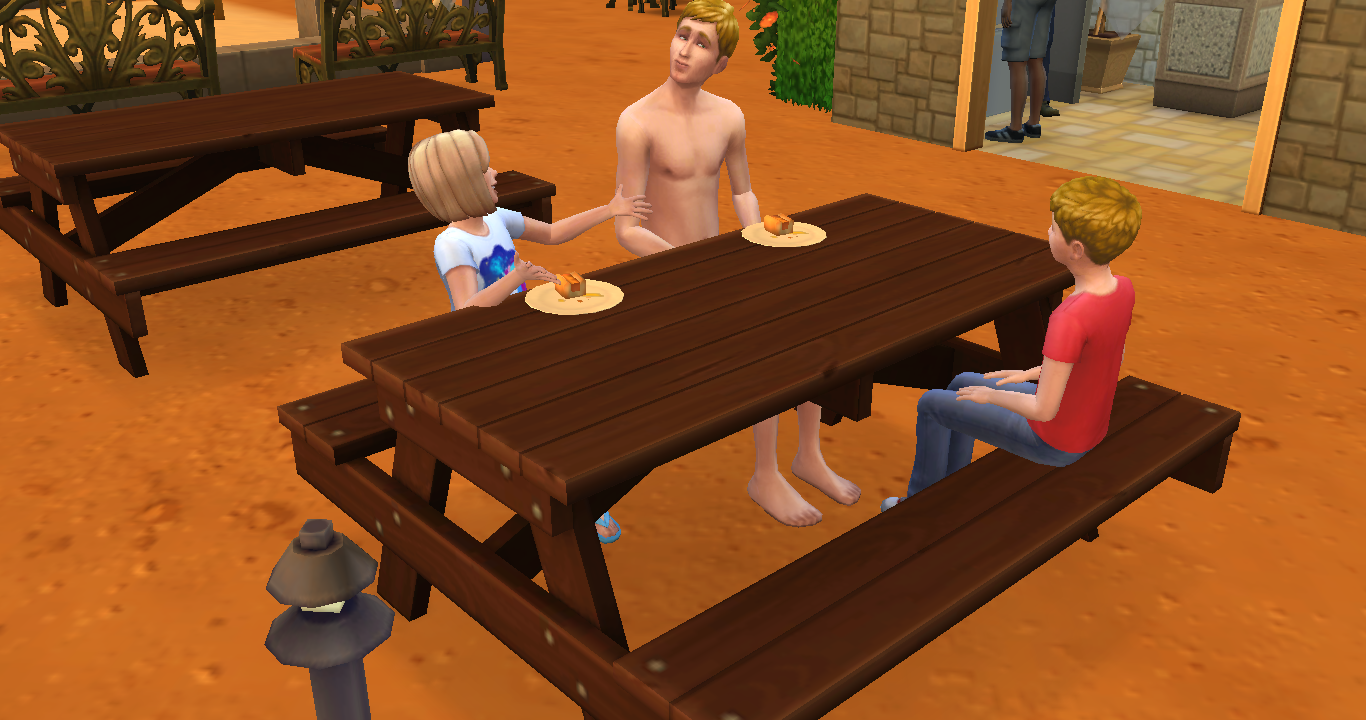 He's not feeling lonely now.  His half-brother Cory shows up and joins them.

While walking through his new mansion Malcolm realizes there's a girls room downstairs.
It's really nice and he starts thinking who he could invite to be a roommate. 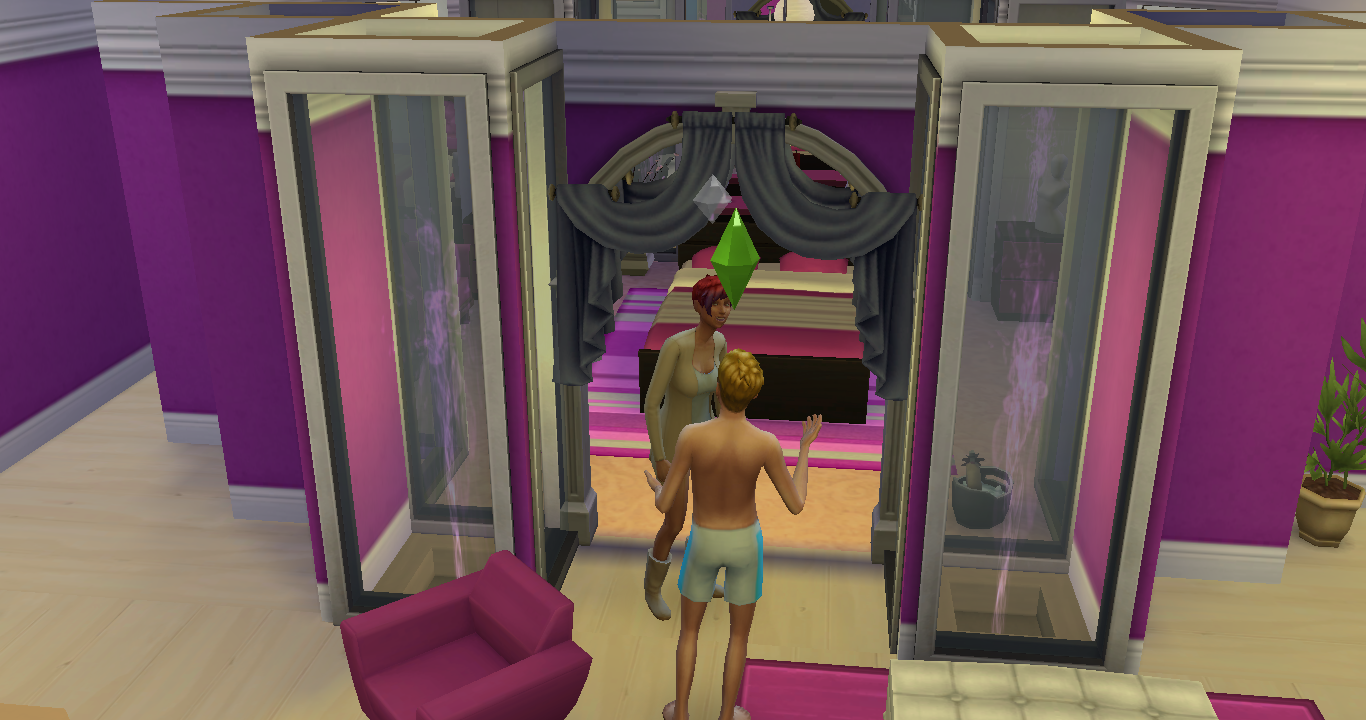 I've been dying to play Diamond Lamb since I first saw her.
Malcolm shows her the room and she loves it.
Then she goes upstairs and smashes a dollhouse, yea they'll get along. 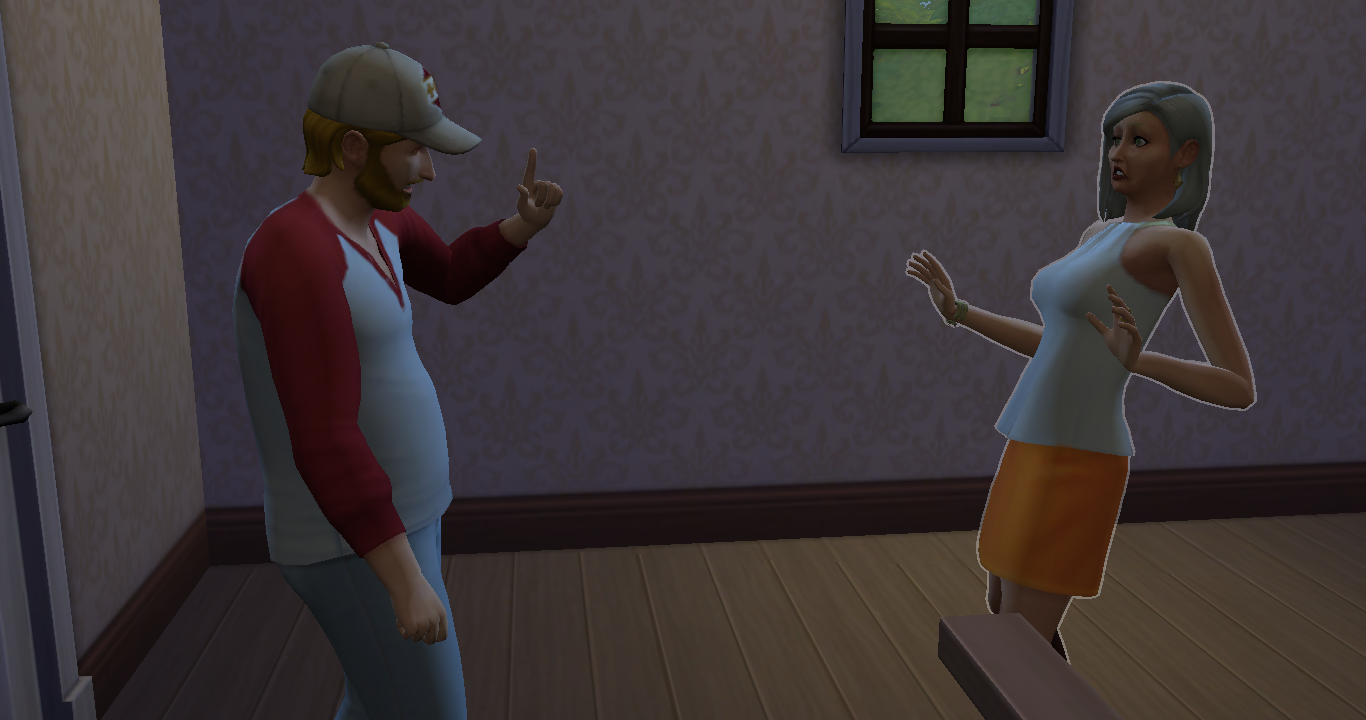 Steve is not happy.  He says he could deal with Nancy aging to elder and not being able to have more kids and Nancy not wanting to get married but cheating on him with Edison Mata is just too much! 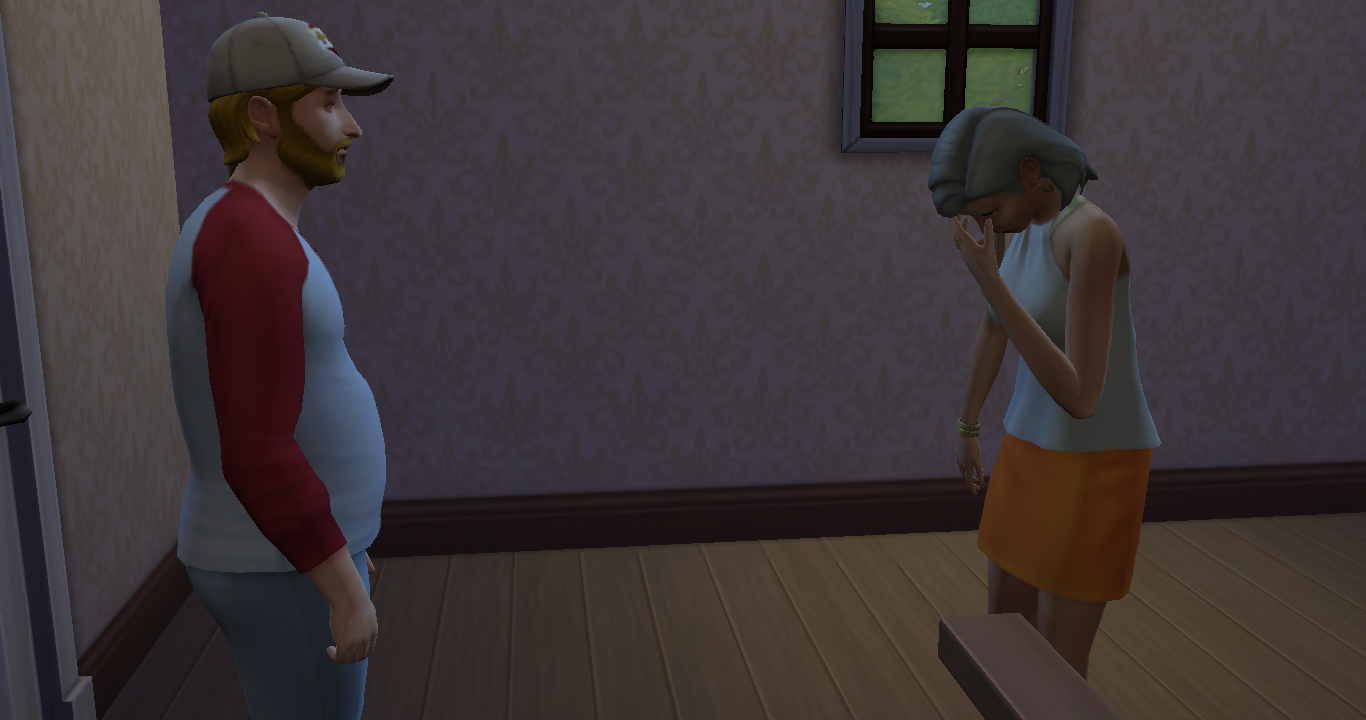 Steve breaks up with Nancy and tells her she needs to move out but Cory is staying with him.
They are now a "Terrible Match". 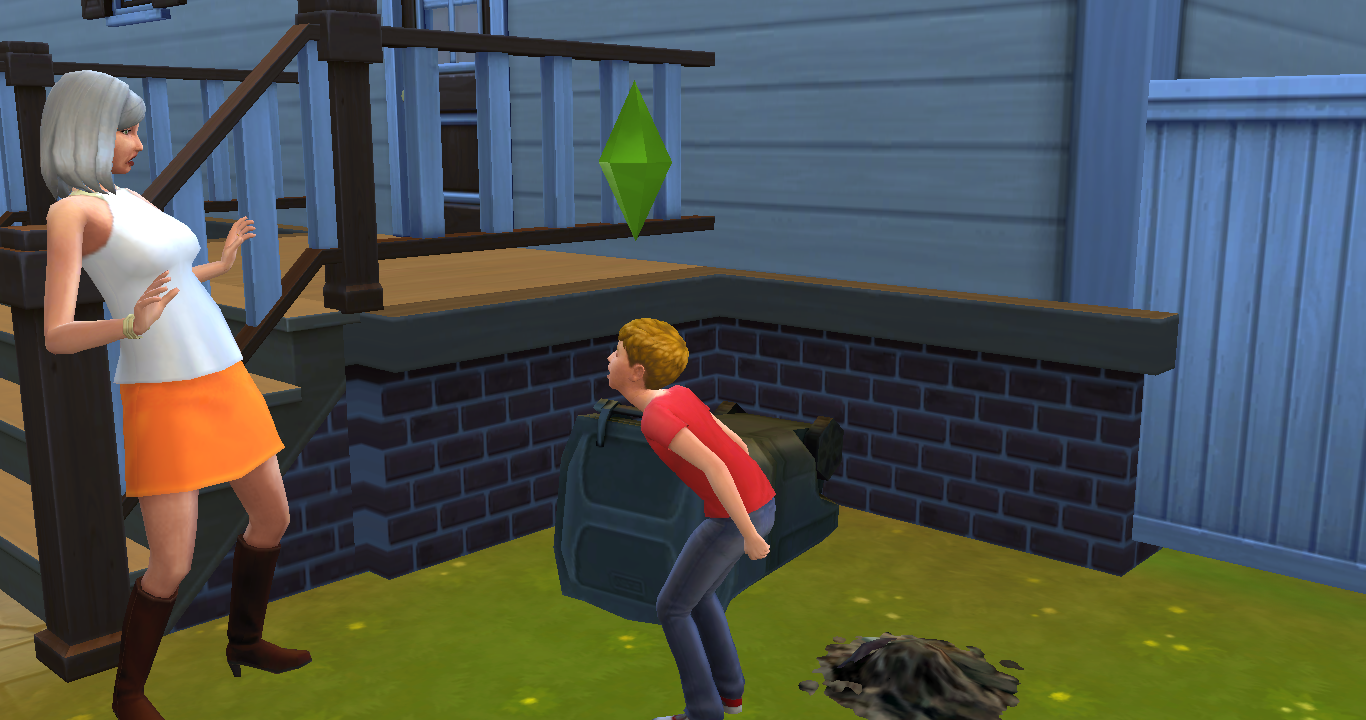 On her way out Nancy kicks the garbage can.
Cory runs out to give her a hug and she starts yelling at him!
Then he started yelling back.  Nancy left before their relationship could be damaged more. 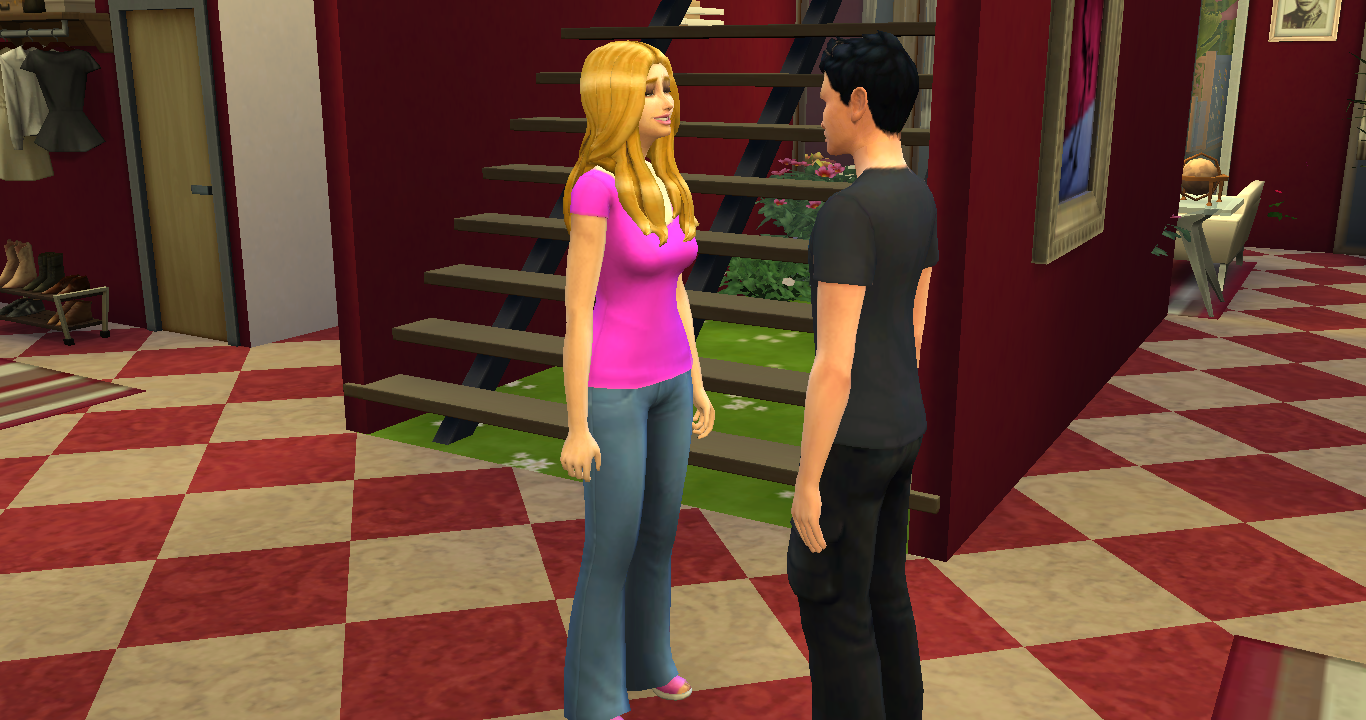 Meanwhile back at the Jone's Buffy and Charlie Goth are getting to be really good friends.
Could there be something there? 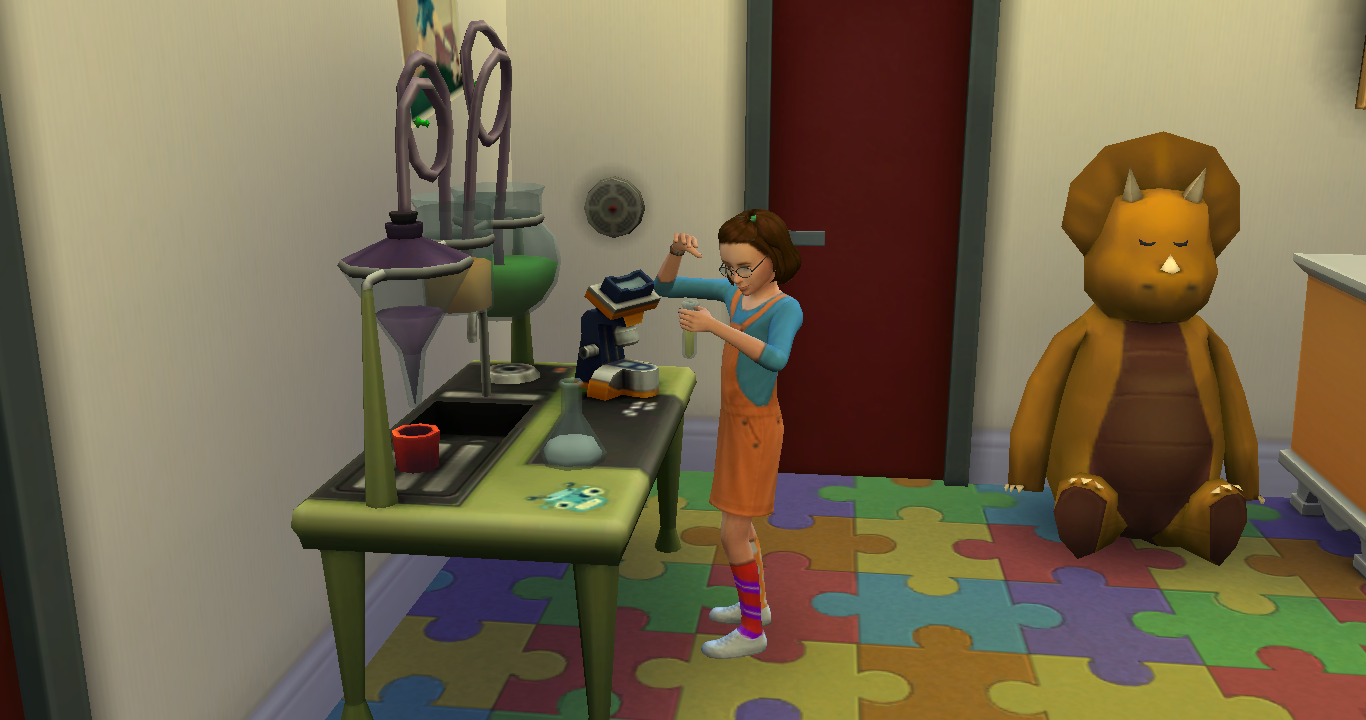 Paisley Jones is trying to complete her aspiration before her birthday. 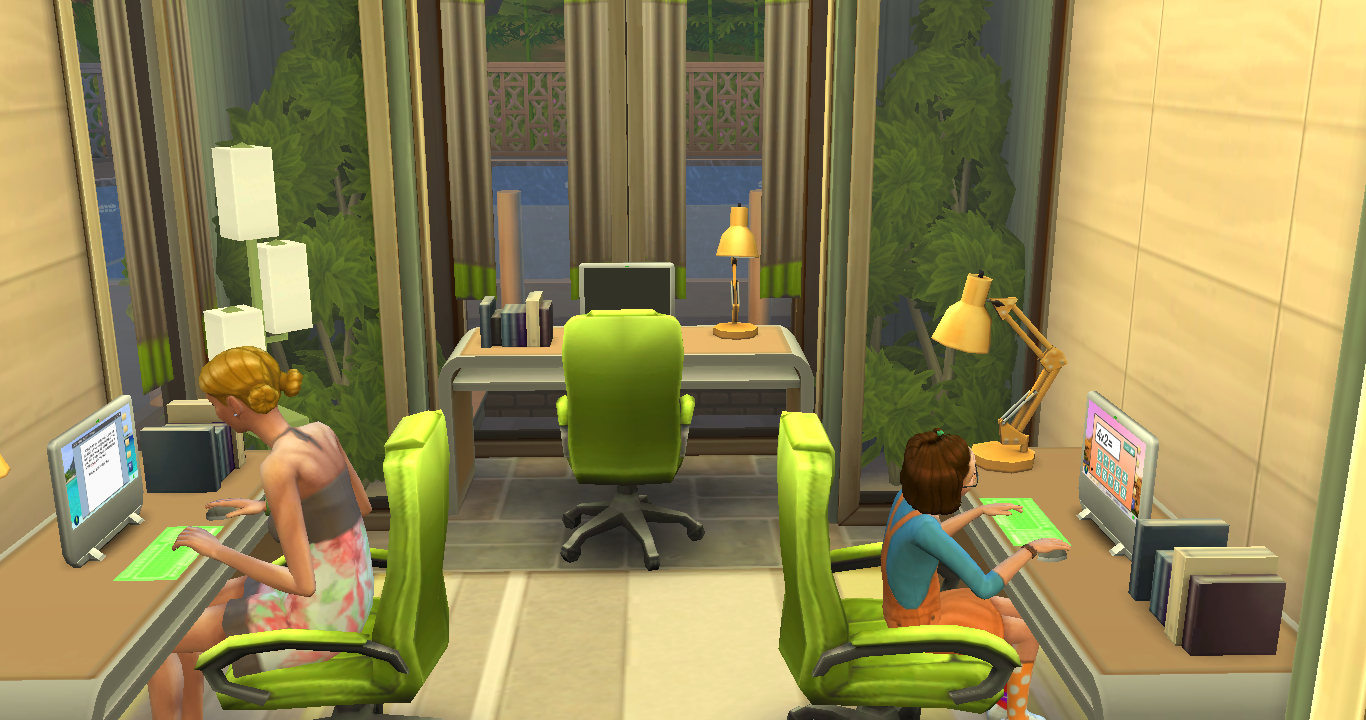 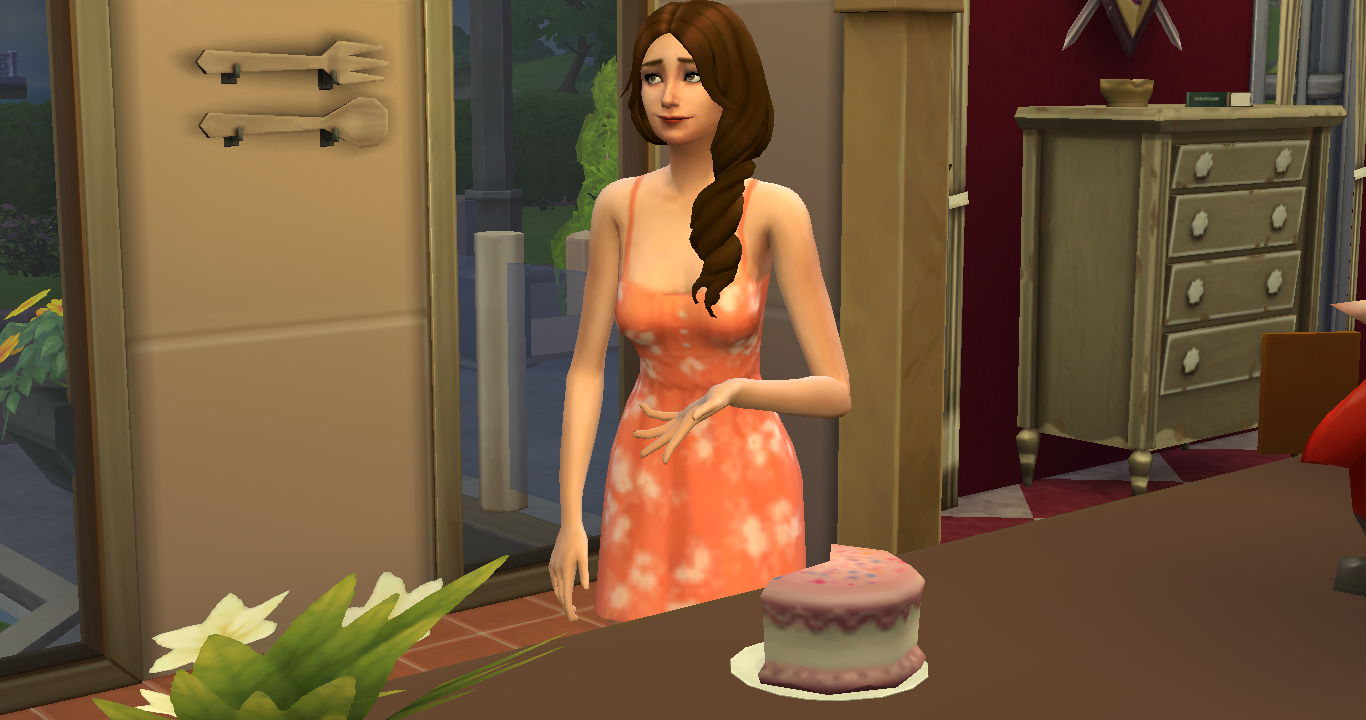 Isn't Paisley beautiful?  Her party was a total flop just like Buffy's.
I think it's because the house is so big.