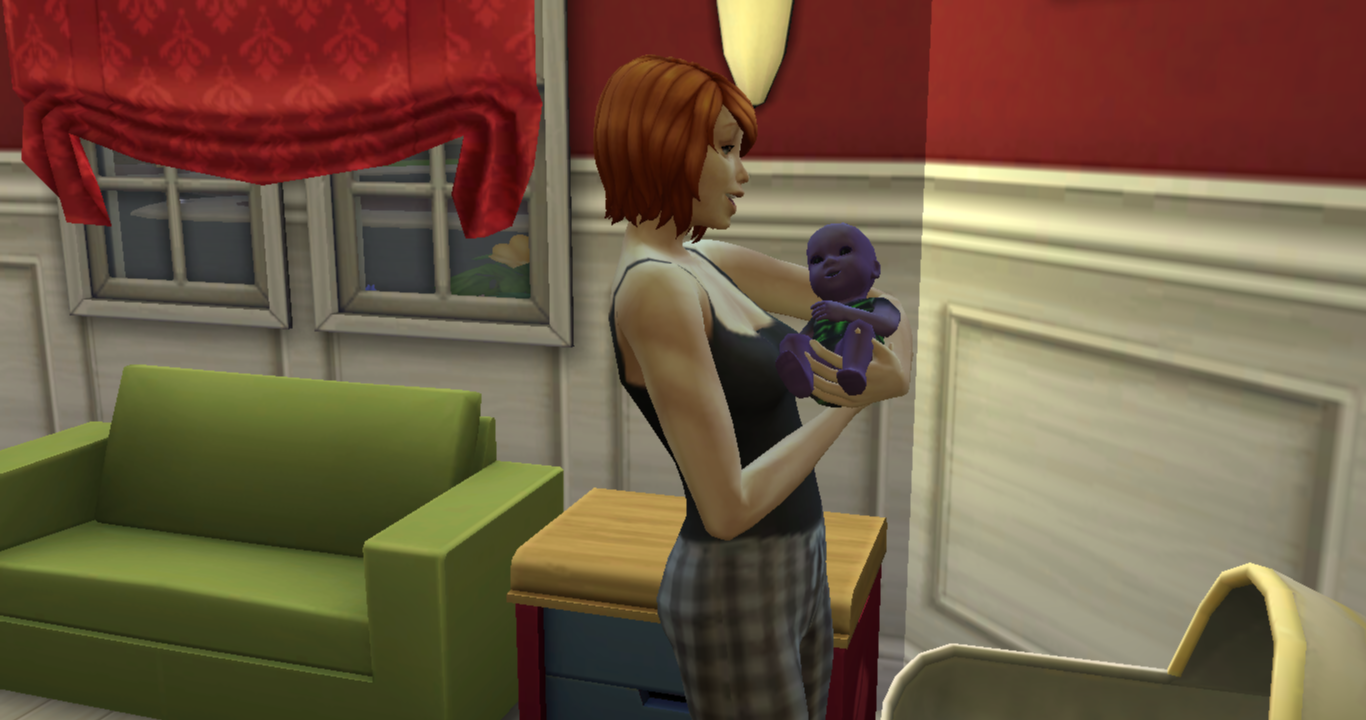 Trinity starts off week 6 playing with her new daughter Rachael. 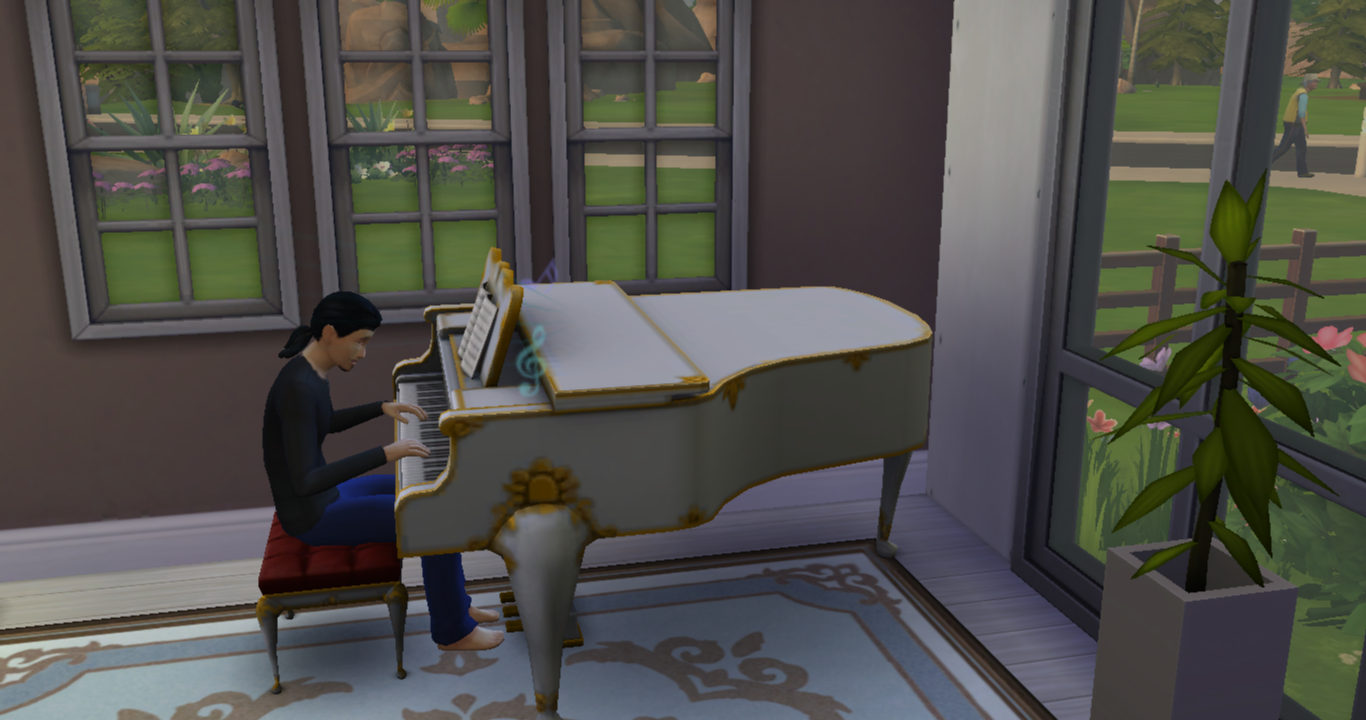 Josh practices piano for work.  He's doing quite well and is fairly high in the musical career now. 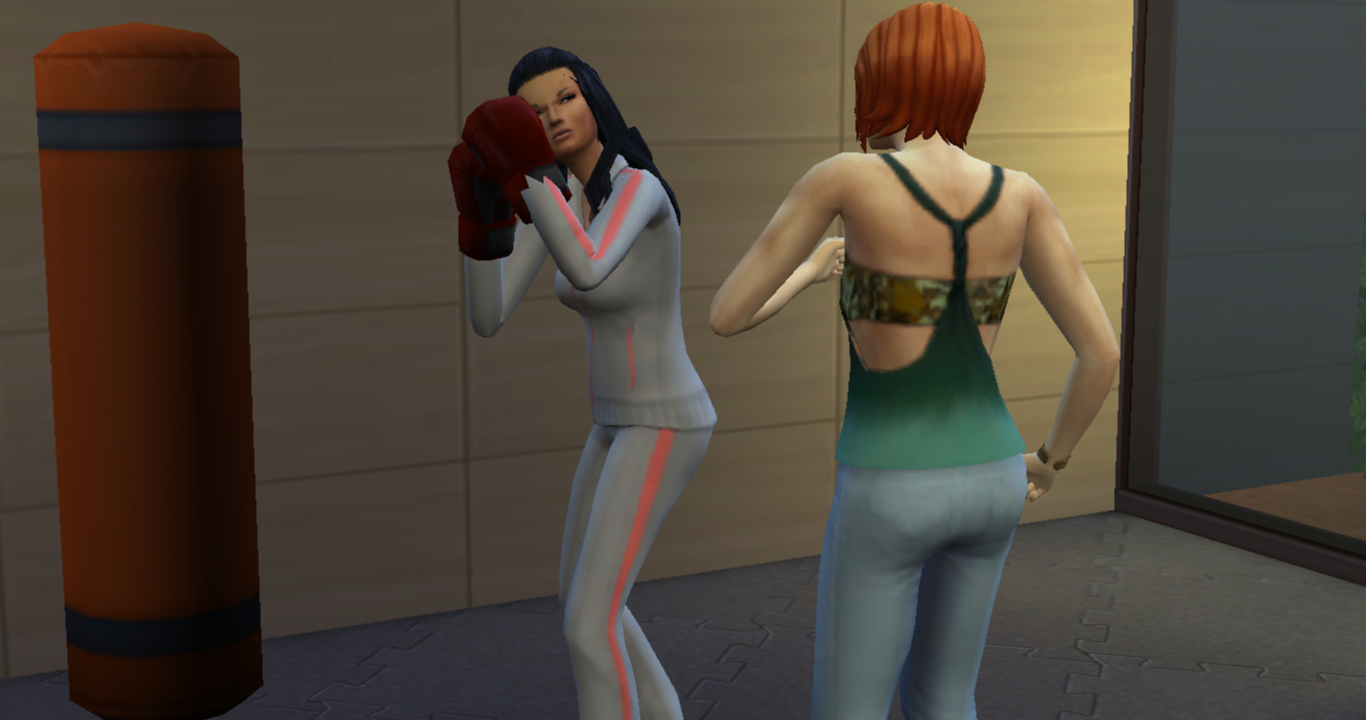 After a few days of not getting a promotion Trinity starts mentoring at the gym on her days off.  She doesn't have time on the days she works. 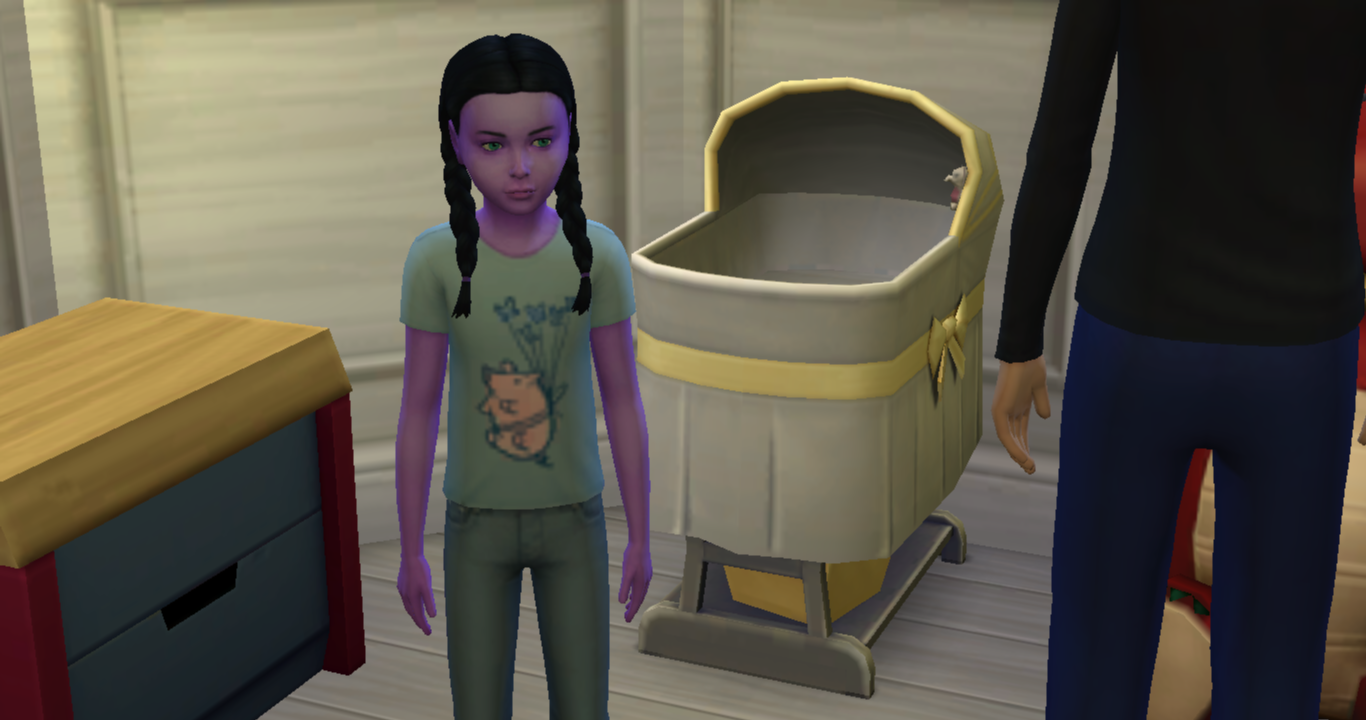 Rachael ages up.  She did have Trinity's haircolor but it looked horrible with the purple skin.  She has beautiful green eyes.  It took me forever to pick out a shirt for her, everything clashed with her skin.  She's a rambunctious scamp and active. 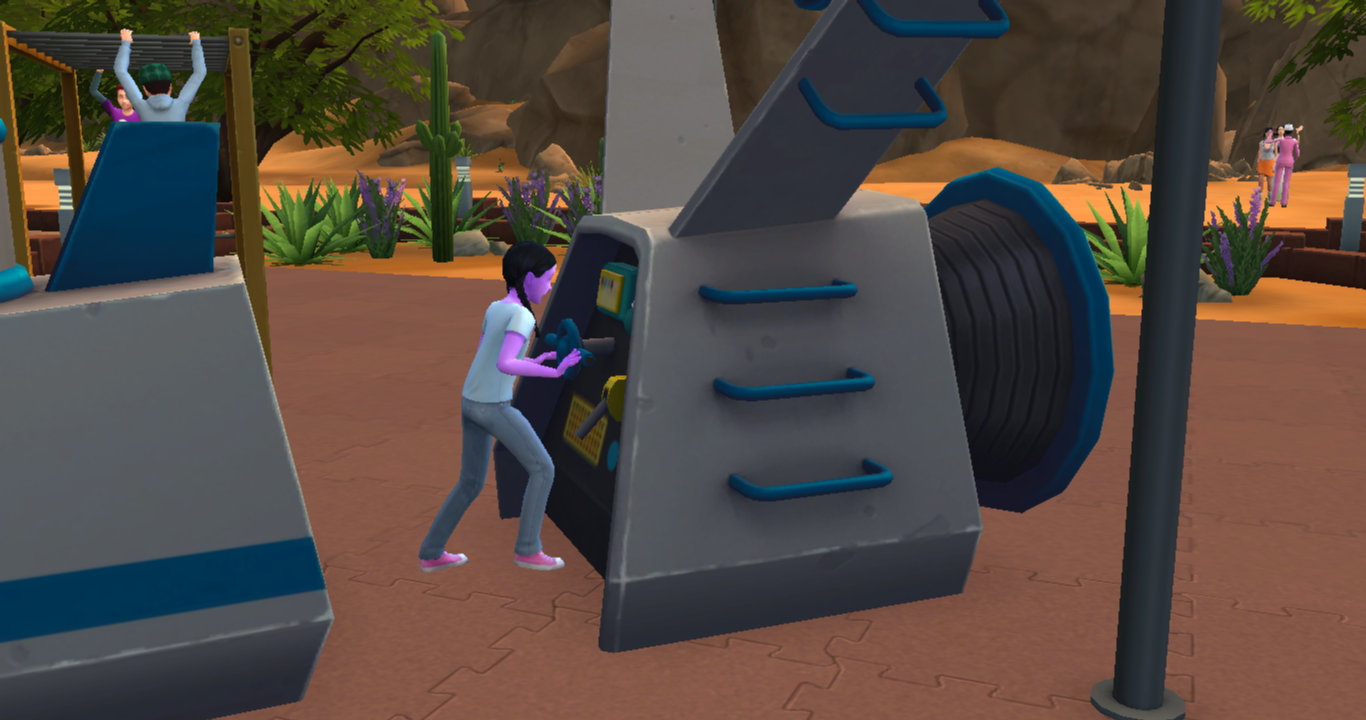 Rachael goes to the park to work on her aspiration. 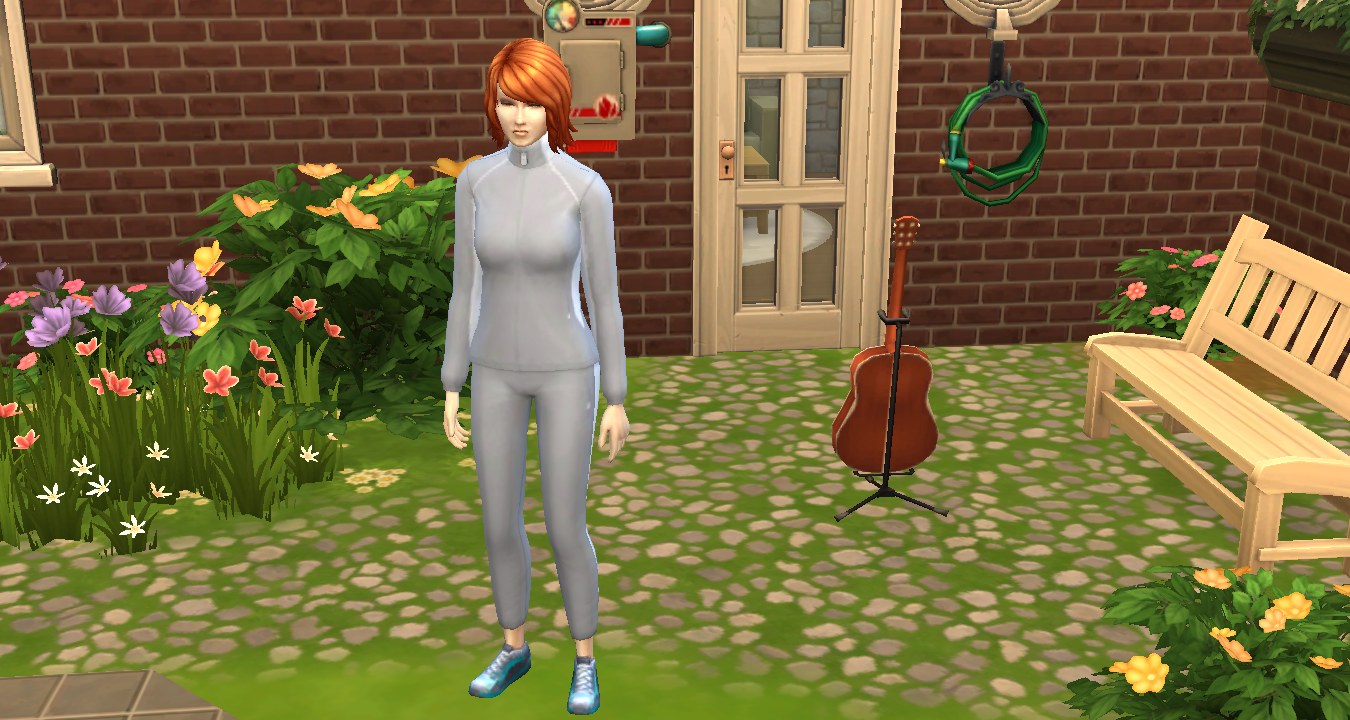 Trinity's new work outfit is disappointing.  I think it's the uglyist one yet.
(And the guitar is outside so Josh can play while Trinity sleeps, lol)
Chapter 12
Posted by Rainy at 8:30 AM