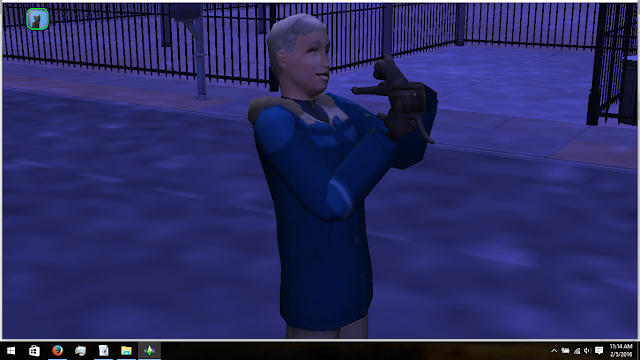 Okay, I'm hoping that being able to adopt also means pets because Asher needs a roach killing cat!  I would have gotten an adult but they were all pigpen and I only adopt finicky.  His name is Bonkers. 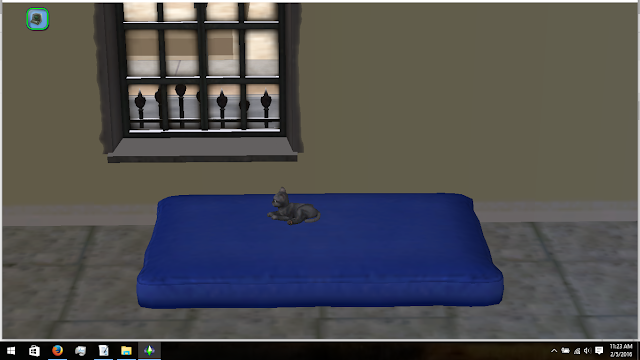 The pet bed just swallows him up! 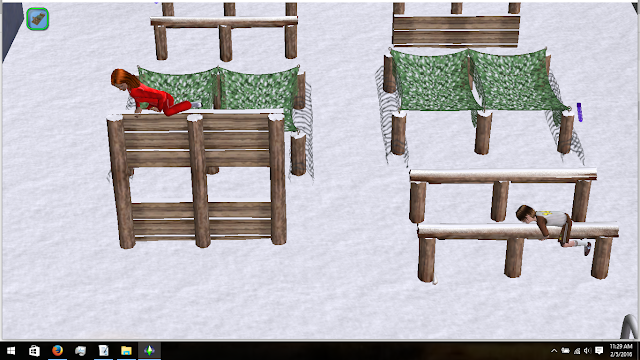 Lainey needs 2 last body points to top her career so it's off to the military base so that Clay can join in. 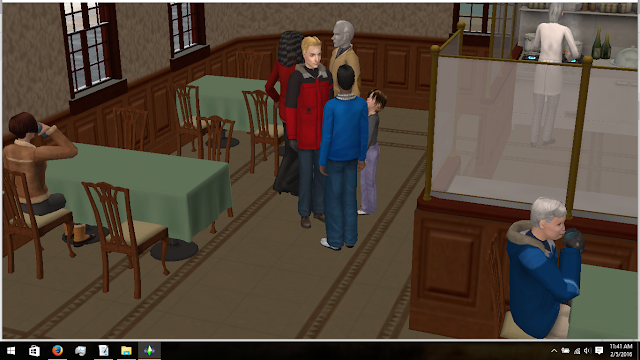 They went to the restaurant in the new office building Brixham Village Tower but they didn't seat them together and Clay couldn't get seated at all so they ended up going home to eat. 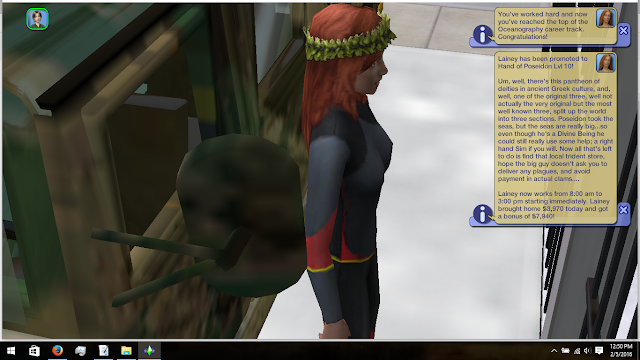 Lainey lifts Oceanography by reaching level 10!  If she didn't lift it that day she would have had 4 days off and I would have had to wait an entire housing rotation. 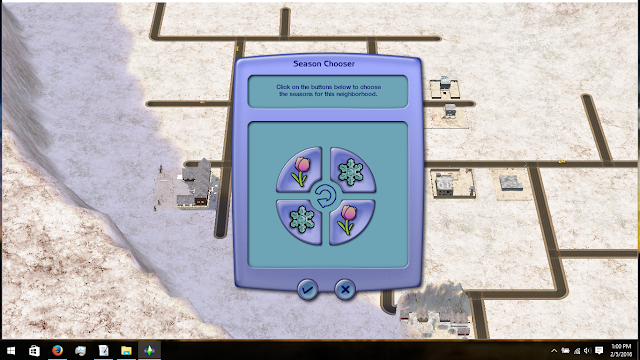 We can finally have some spring! 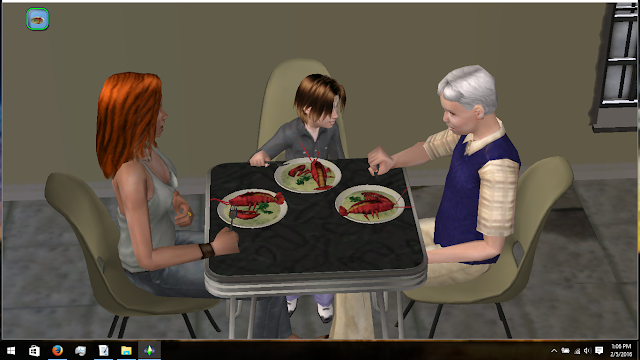 Lobster Thermidor for dinner that night. 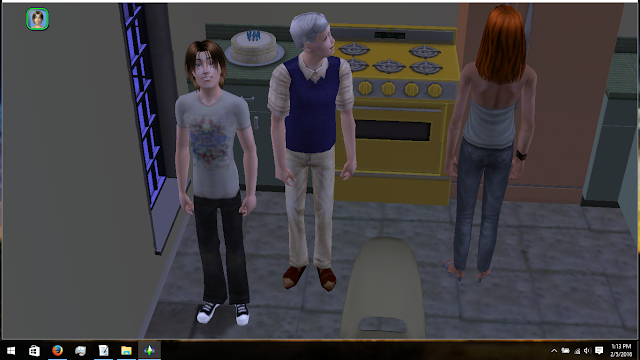 Clay aged to teen.  He was about to blow out the candles when it hit 6 and he aged up anyway.  Sheesh.  His lifetime wish is to have 20 best friends.  His aspirations are knowledge and popularity. 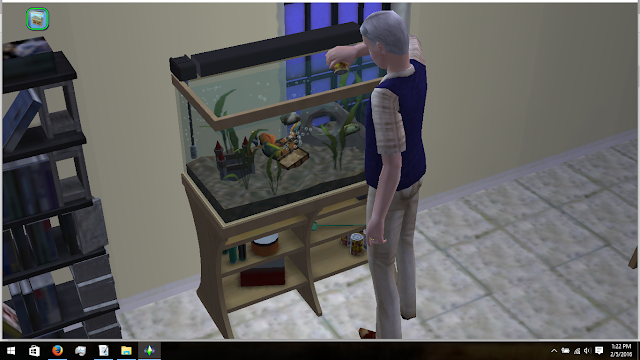 They also got a fish tank to celebrate Lainey's promotion. 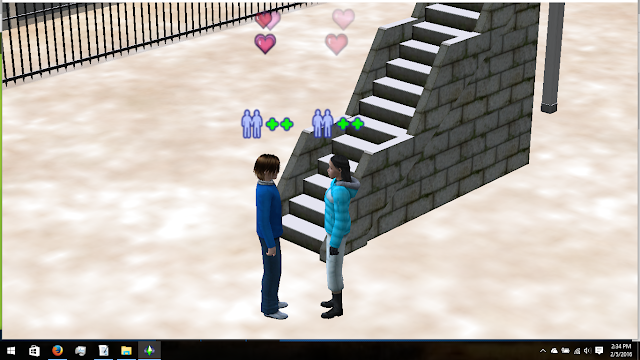 I spent most of Clay's time outside making friends, hoping that they will be able to use the phone again and he'll be able to keep them and accomplish his lifetime wish.  That's when Ivy Copur came by and I thought what luck a teenage girl!  Aaaand they have 3 lightning bolts! 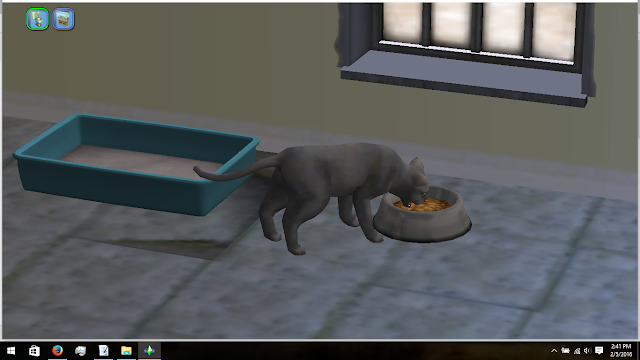 While Clay is outside with his new girlfriend Bonkers the cat ages to adult.  Now, I never saw him kill the roaches but darned if they weren't gone soon after he aged to adult! 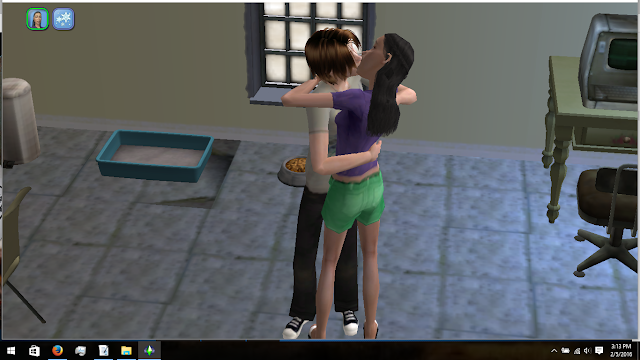 The truth: I was bored.  So I moved in Ivy.  Her aspirations are knowledge and family, she has the same lifetime wish as Clay and she's level 3 in the the teen Science career.  No, I don't plan to get her pregnant like I did Fallon.  What I do plan to do is wait and see if they do it on their own.  Which is highly unlikely due to the ladder issue.  (One sim goes up the ladder, the other gets mad that they can't too and goes and does something else.)