Chapter 2.1: Bow Down to Kim the Roach Hunting Cat! 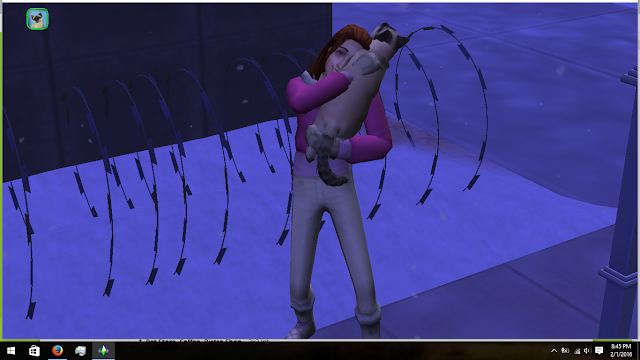 The night that Bruce moved in Fallon saw a stray cat outside and ran out and befriended and adopted it.  Her name is Kim.  She looks like a beautiful Siamese. 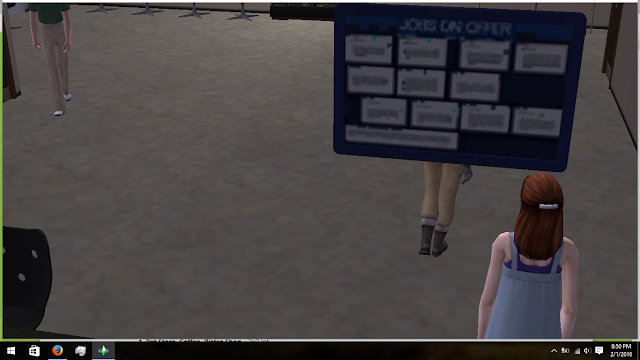 They went right away to the medical clinic to sign Kim up as a service pet. 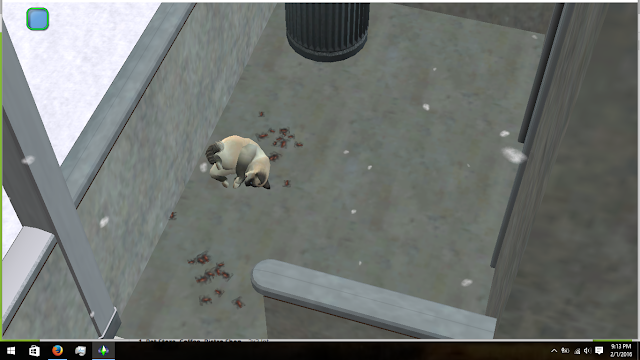 Bow down!  Kim the cat, on the second day, hunted and killed all of the roaches! 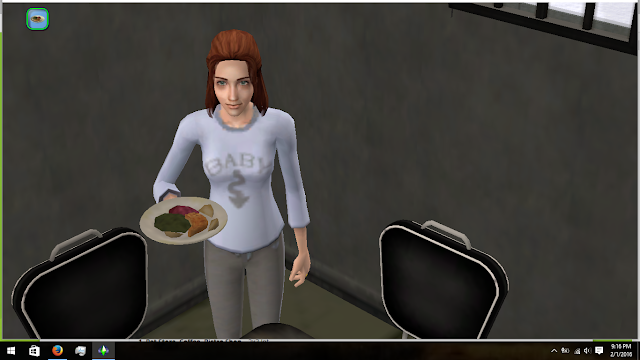 Turns out that Fallon is pregnant after-all.  I love these teen maternity pjs. 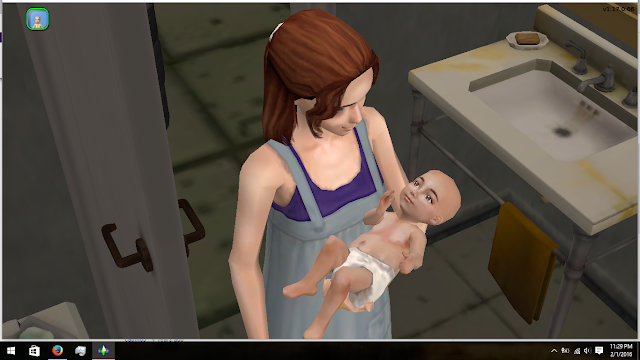 She has a boy, Grayson... in the bathroom.  They decide to have another baby. 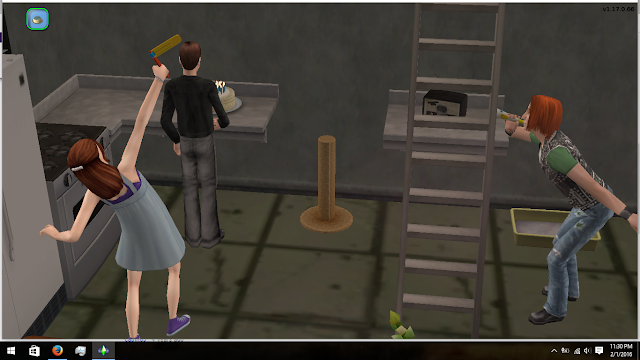 Asher ages up to adult.  He can finally move further in his military career! 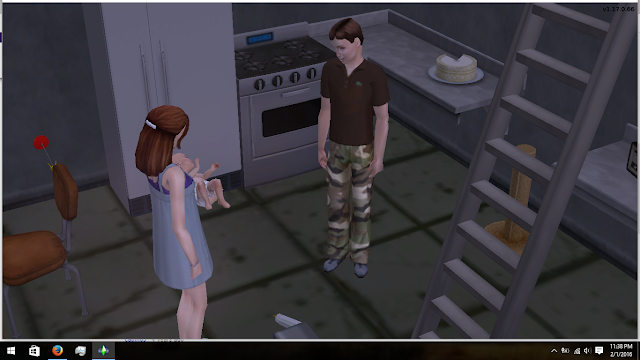 I thought it was hilarious that he aged up in camo pants. 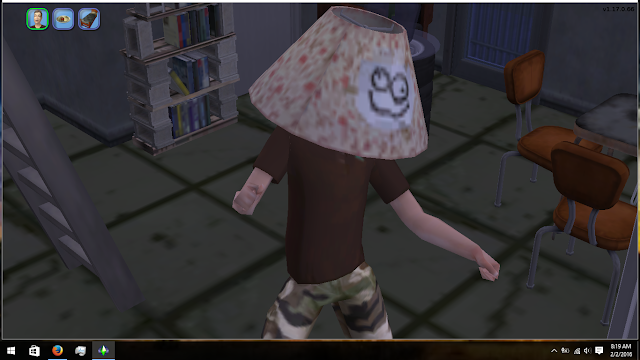 I've decided not to roll for aspirations anymore.  Pleasure and romance sims are just not happy in the apocalypse. 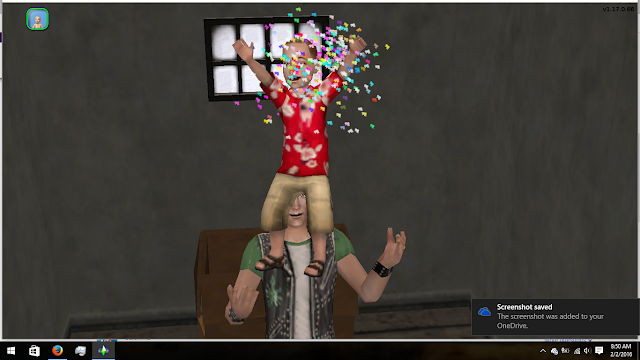 Grayson ages to a toddler in a swanky vacation-type outfit. 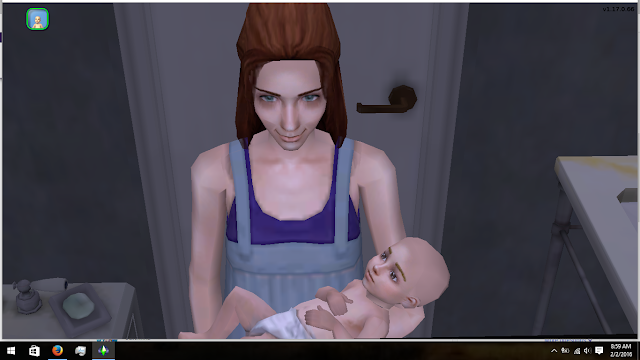 Fallon has another boy, Xander... in the bathroom. 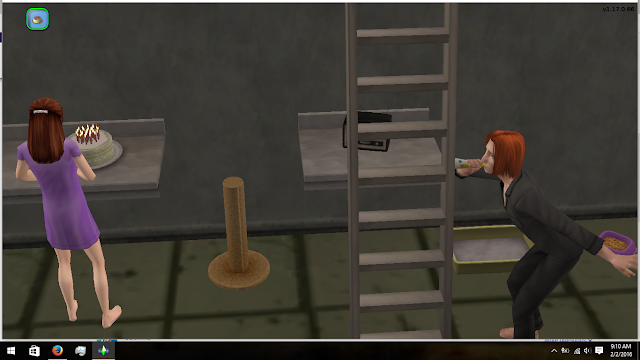 Finally Fallon ages to adult.  Then they get pregnant with baby #3! 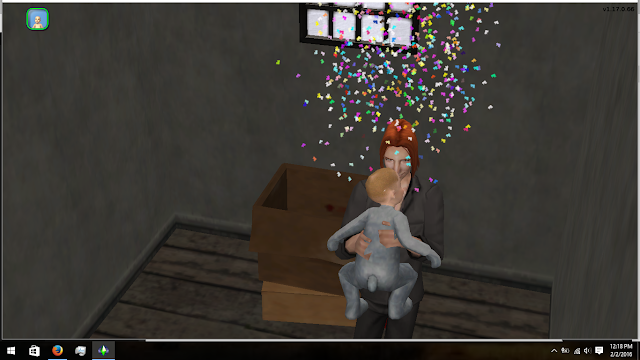 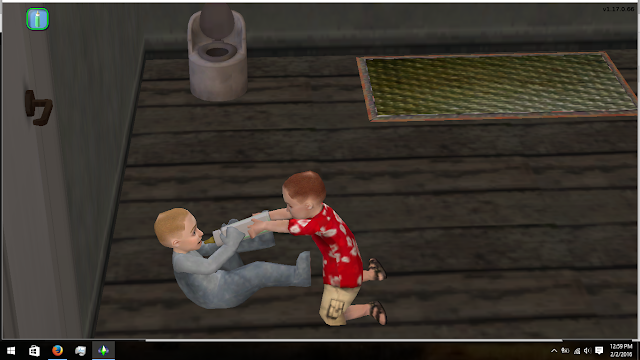 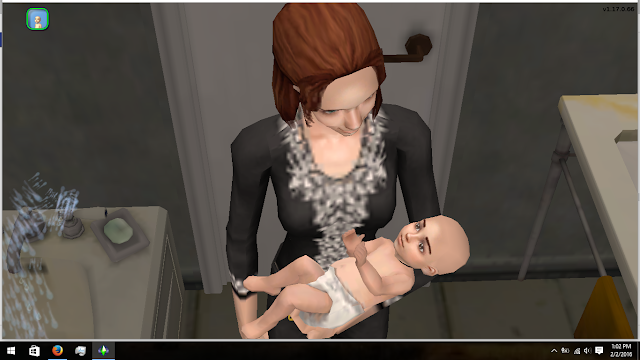 Fallon gives birth to their final child, a girl, Zoe... wait for it, in the bathroom!
(I even tried to make sure she wasn't near the bathroom when I knew she was going into labor soon but for some reason she ended up in there anyway! 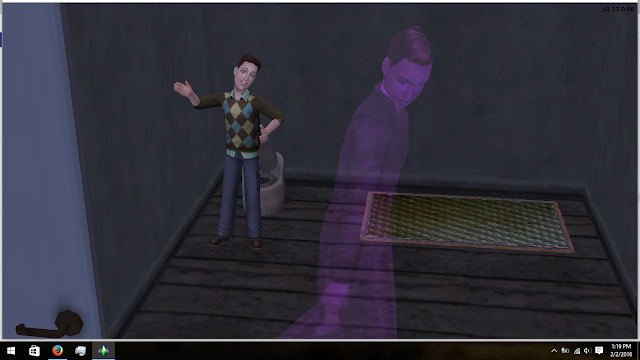 Grayson was too busy sleeping on the sleep mat to age up on time.  He woke up in the middle of the night, used the potty chair then *poof* he's a child.  Grandpa makes his first haunting appearance that night. 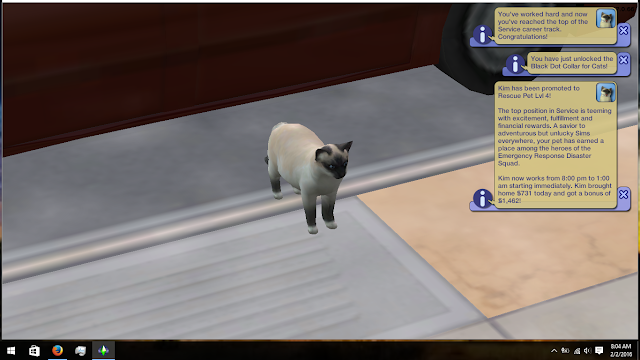 Kim the cat, with absolutely NO chance cards like the ones that haunted Tucker managed to get to the top of her career in a matter of days!  I cannot lift service yet though since it's in tier 2 and tier 1 still needs Asher to lift military.

Speaking of which.  Poor Asher has been plagued with bad luck.  First, I thought he had enough friends for a promotion but somehow they lost one and he didn't.  Finally, I noticed and had Fallon run outside and make a friend.  Then, he got a bad chance card and lost a body skill point.  It took days working out after work to get that point back.