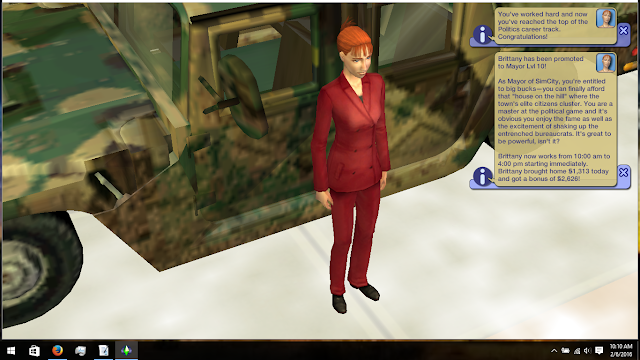 Ignore those chance cards!  Brittany has topped the Politics career and lifted those restrictions! 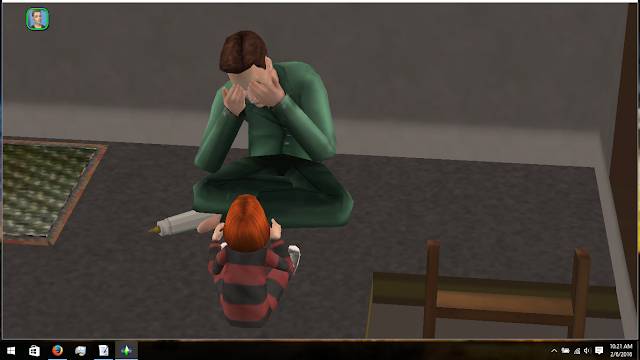 Grayson's days as a stay-at-home dad are up.  Time to find him a job. 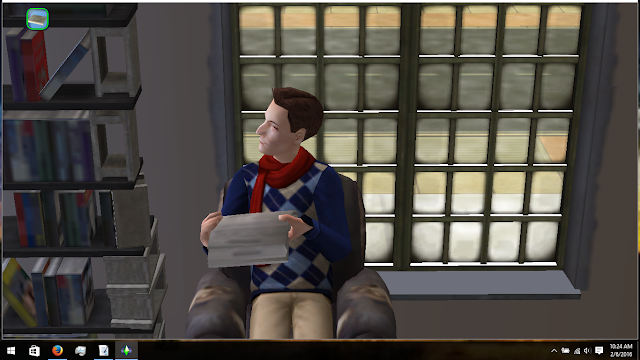 He lucks out and gets a job in education the first try.
(Now that's a miracle!)
He gets promoted every day and is now level 4 or 5? 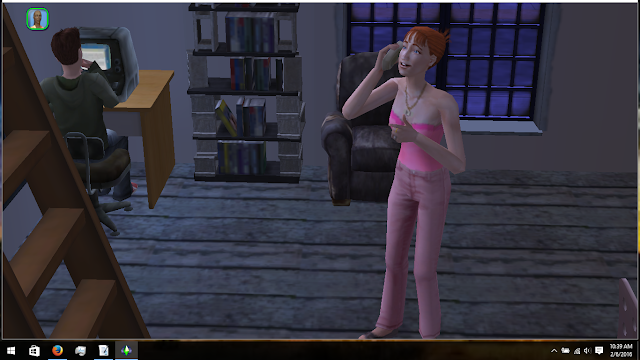 Brittany had a sudden influx of "you're not my friend anymore" notifications and so spent a whole day on the phone repairing all those relationships.  Grayson will need those family friends for his career. 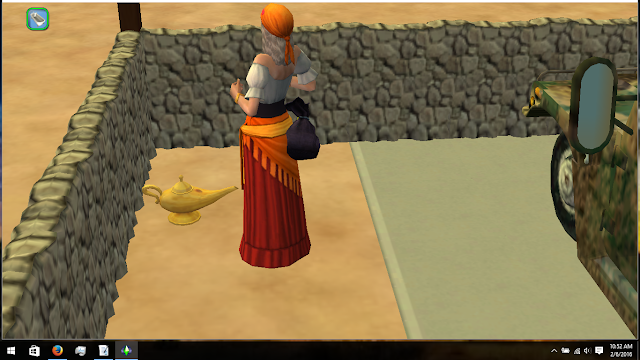 One morning a genie lamp is delivered.  Doesn't she know we can't use that?  It'll sit there until the restriction is lifted I guess. 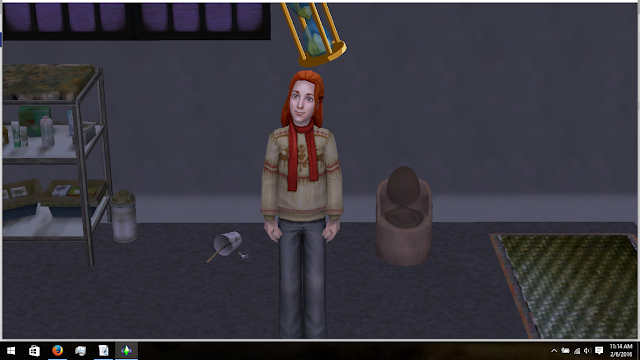 I totally forgot it was Mariah's birthday and she aged up to child alone in the nursery area.  I'm not thrilled with her outfit, looks like outerwear to me. 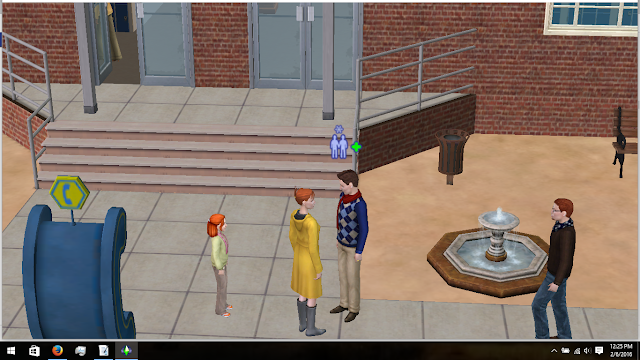 On Saturday, Dad's day off, they visit the Neighborhood School made by Rflong7 on the Sims forums.  Sorry Rflong7, I had to take out all that landscaping and lighting.  The outside looks pretty dreary right now. 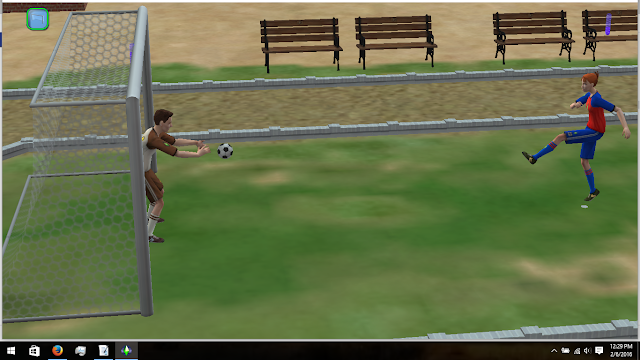 Then, Grayson and Brittany play some soccer. 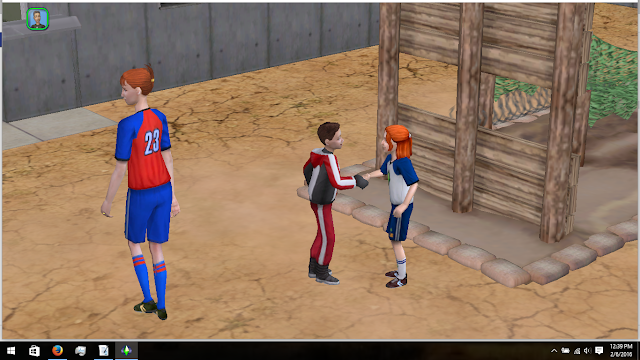 They leave the school to the good ole military compound when I realize that only 2 of them can play a sport together at once.  Mariah meets Orlando Bertino as they are leaving.  She calls him on the phone several times, it's so nice to have the phone again. 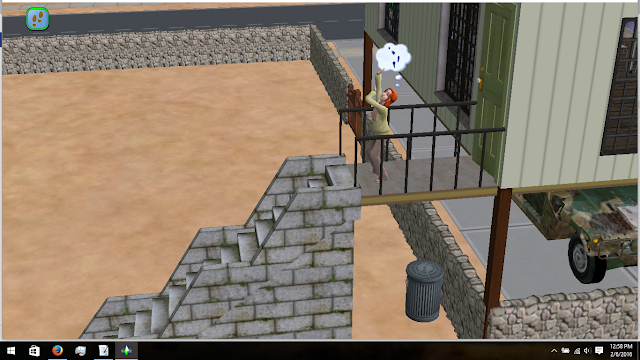 We end this post with one of the weirdest bugs I've seen.  Nobody could go outside.  One of those stupid hobby people came and they couldn't leave so I had to moveobjects him to the street.  I tried replacing the door but that didn't work.  Then I had Mariah go to the landing outside of the door but she couldn't go down the stairs.  I had to sell the stairs and replace them for them to work!  So weird.