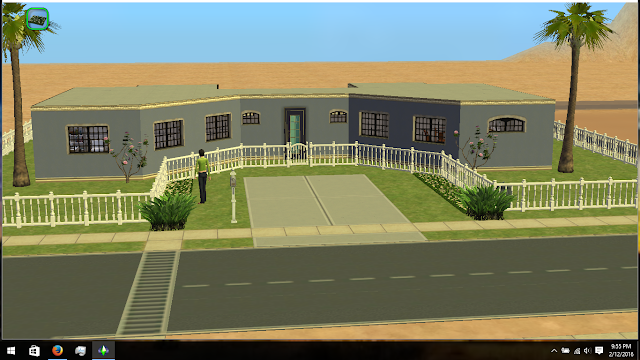 Tori Bellamy looks on at her new house.  The design is based on the original design of the Awesimsauce house.  It doesn't look as cool with a flat roof though.  And look!  It's on the ground!  I started her off on Thursday, since that was the day she left the Bellamy house. 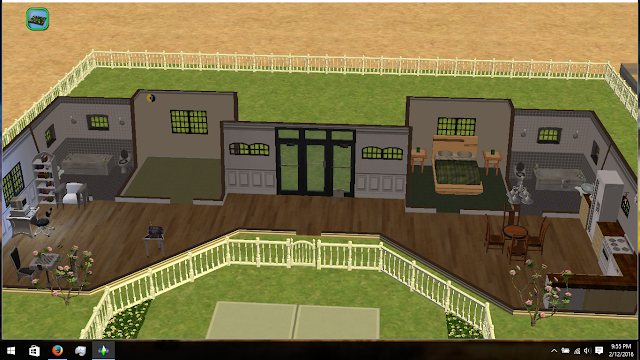 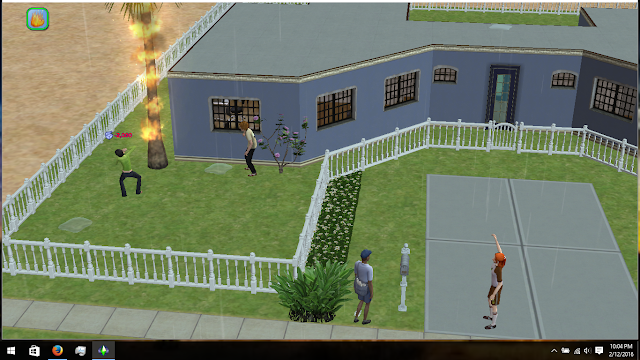 Tori had 0 friends and needed 5 for her next promotion and 8 total to reach the top of her career.  So she was outside chatting it up with everyone she met when lightning hit a palm tree.  The guy in front of the window gave her an $8,000 tv when they became friends.  She also spent this time scoping out for guys of course. 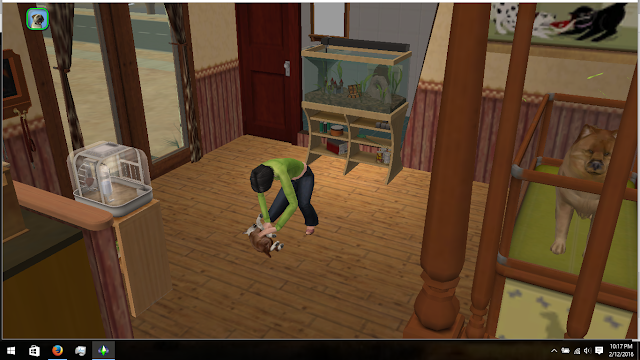 She decided to take the guy-search on the road and get a doggie while she was at it.  This little english bulldog is named Bruno. 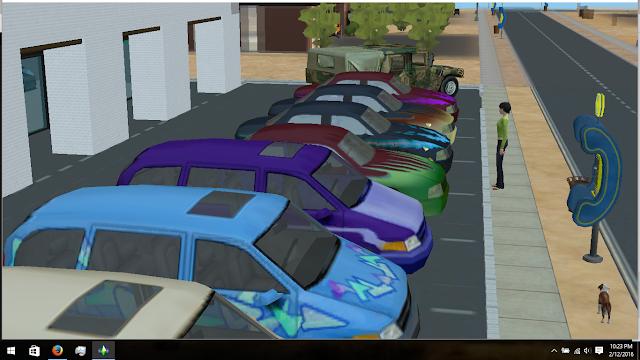 Tori and Bruno go pick out a new car. 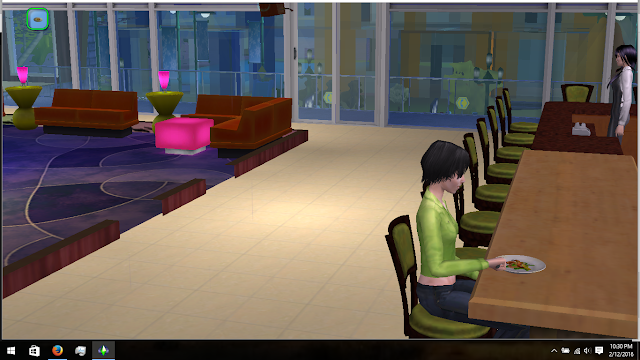 The last stop was the new dance studio.  No men showed up so she headed home exhausted. 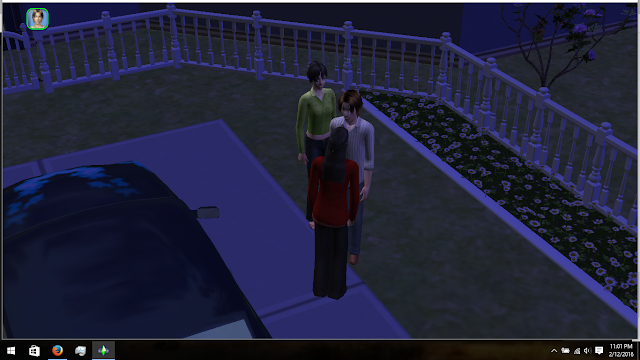 She was outside the next night watching for walk-by's and playing with Bruno when her parents showed up.  They talked for a couple of minutes and then Tori went to bed and they left.  It was so weird. 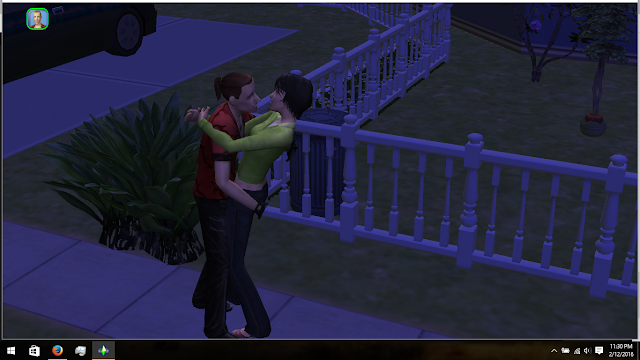 Finally she hit the jackpot.  I was leary at first because of his name.  It is (was) Clarence Philippine.  I played around with it a bit and decided on Pine.  He's a family/knowledge sim with no friends, no skills and no job.  But he's cute and they have 2 lightning bolts.  She asks him to move in. 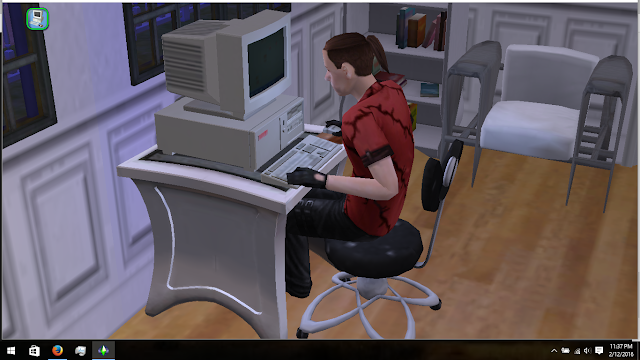 Okay, I cheated.  The newspaper was already recycled for the day and I wanted to get Clarence a job so I had him look on the computer.  Good thing too... drum-roll please... he got Gamer!  The last of the jobs that haven't been taken or at least spoken for. 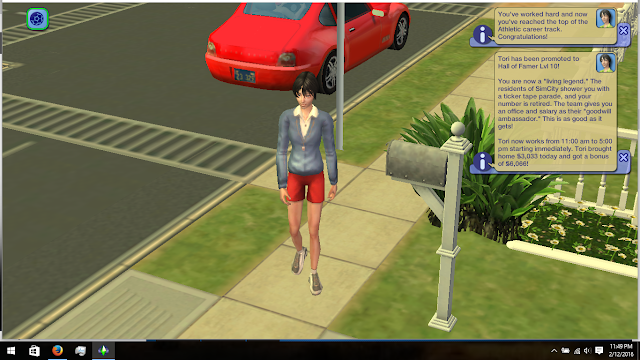 Ta-da!  Move those heavy objects, sell them or put them in your inventory!  Speaking of inventory have as much as you like!  Swing around your kids!  Leap into arms!  Jump rope!  Buy exercise equipment!  On the last day Tori is promoted to level 10 and lifted Athletic! 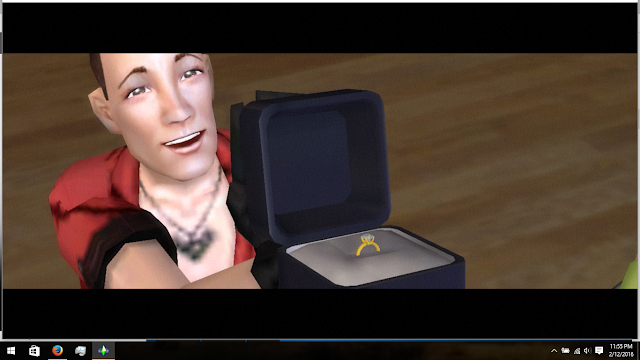 When he got home from work Clarence proposed to Tori. 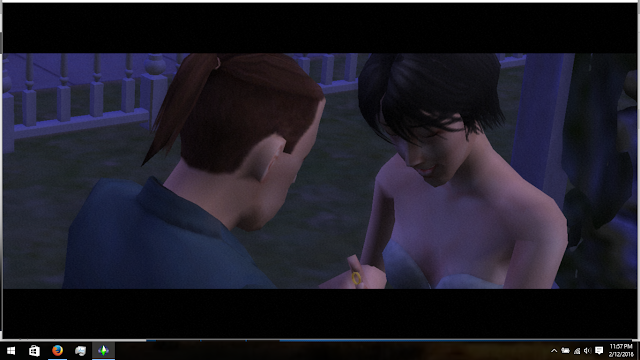 There might not be any guests because they can't have parties yet but there was a wedding! 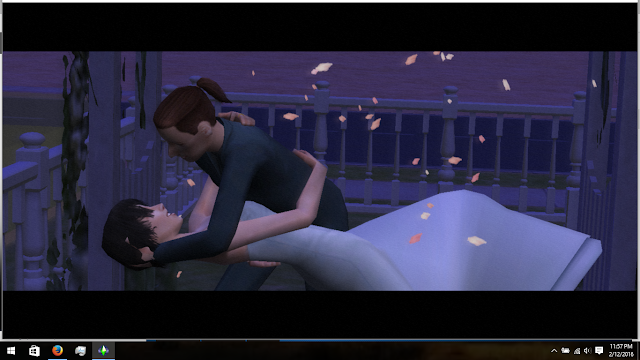 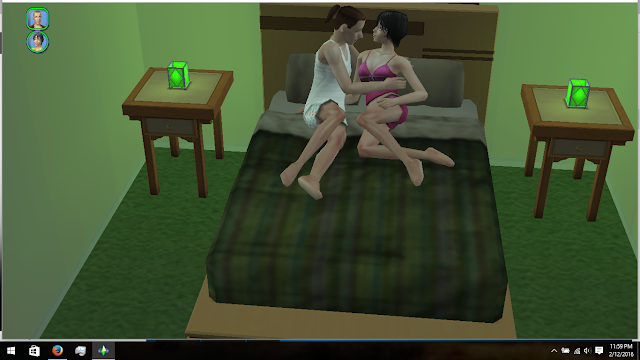 After the wedding they hop into bed... will there be a baby?  I'm not saying. 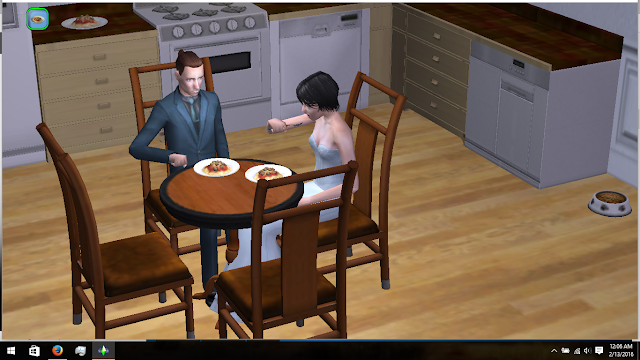 After a little whoohoo they get back into their formal wear and have some spaghetti and meatballs to celebrate.  Not bad for only 4 days! 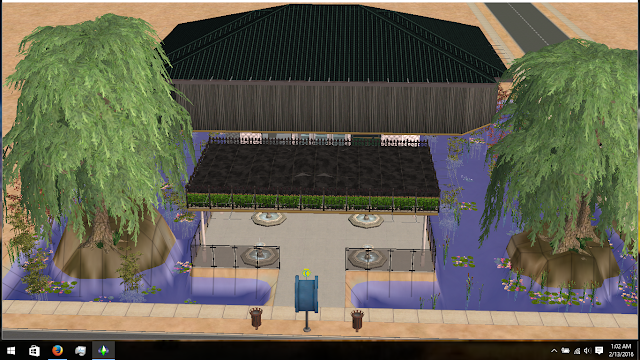 I almost forgot!  The gamer lot!  It's called Byte This Internet Cafe and it's perfect.