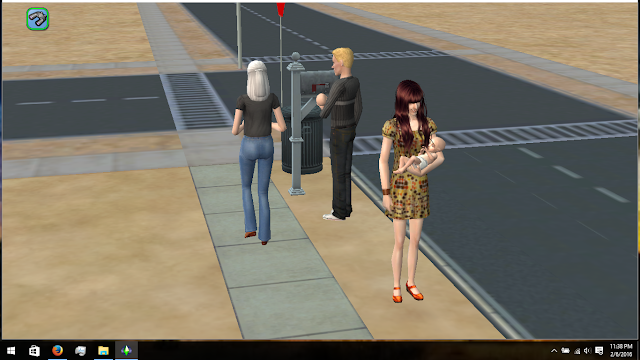 Just from the picture you can tell something is wrong.  When I went to enter the Rauscher house I got an error message which then closed the game.  I researched the error and did tons of stuff trying to figure out the problem.  Finally I decided to try to enter one of the other houses.  I could get into ALL of the houses but theirs.  So evicted them and stuck them on the landing pad.  As you can see I was able to play them there. 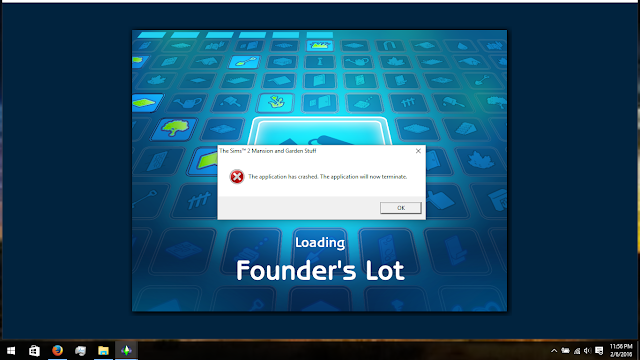 When I tried to get into the house this is the error I got.  So bawling the whole time I bulldozed the lot and put down the original "Founder's Lot". 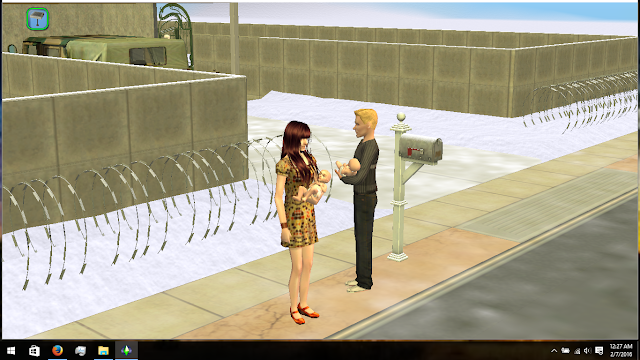 I did make some changes before I moved them in.  I lost the snapdragon flower that the founder made in college and the genie lamp that was delivered the first day.  But other than that the place is the same... I couldn't find some floor patterns and a few other things that I had used before. 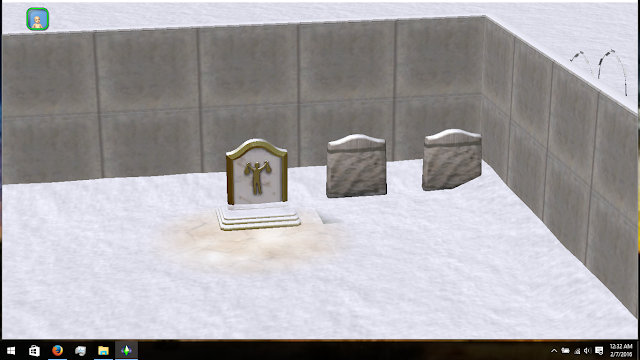 My biggest concern was the graves.  Before I bulldozed I found an item called an urnstone spawner.  Using it I was able to get the sims graves back but not the pets.  Alaya haunted a couple of times so I know they work.  Still, I'm heartbroken over the pets. 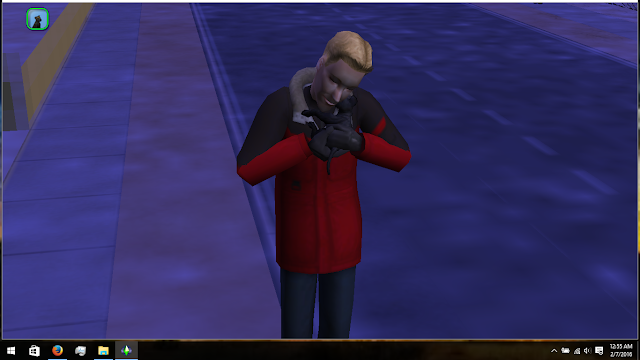 Still, life goes on.  Everyone had a want to obtain a pet so Benjamin adopted this boy doggie I named Ziggy. 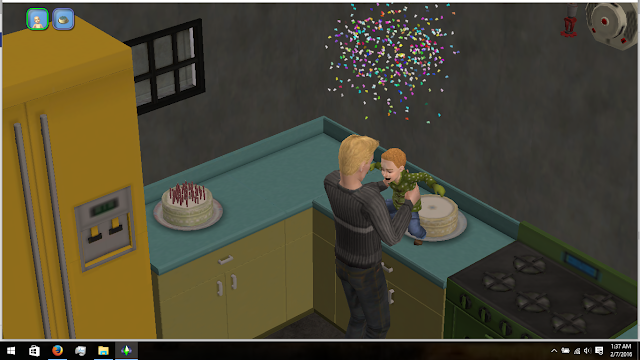 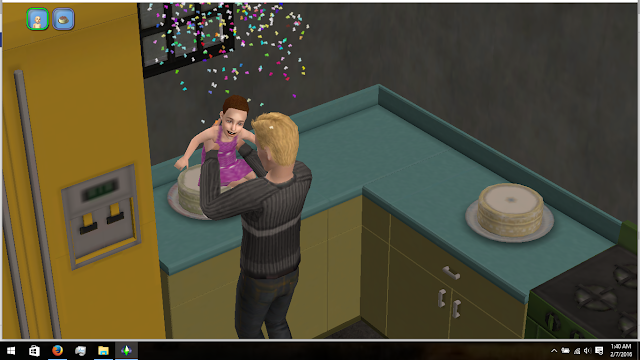 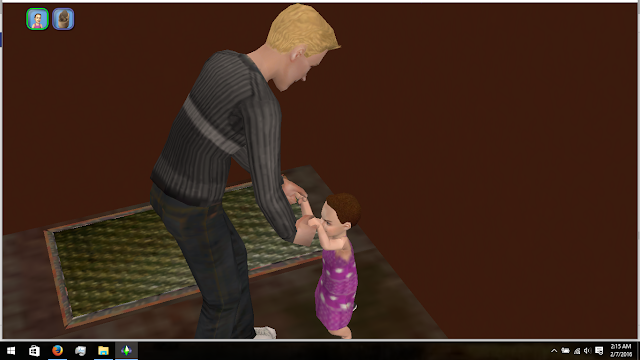 Dad had a few days off to help take care of the toddlers. 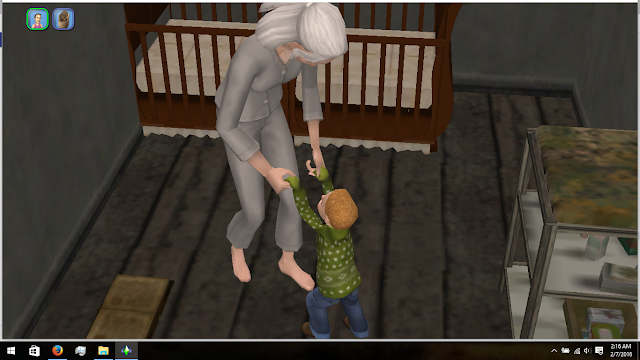 Grandma Fallon was a big help. 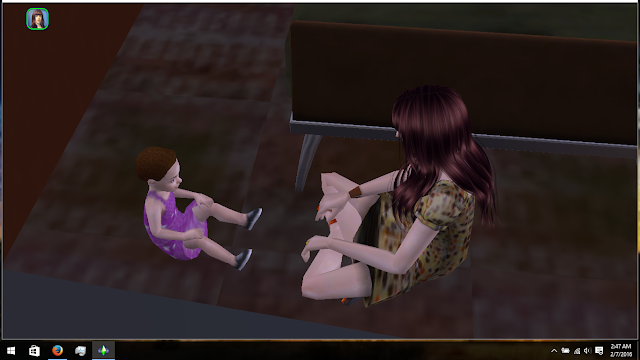 Mom taught them when she was home from work. 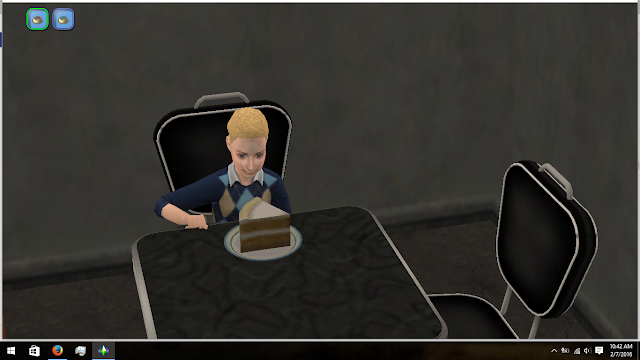 Before ya know it they're aging to child.  Skyler looks just like his dad. 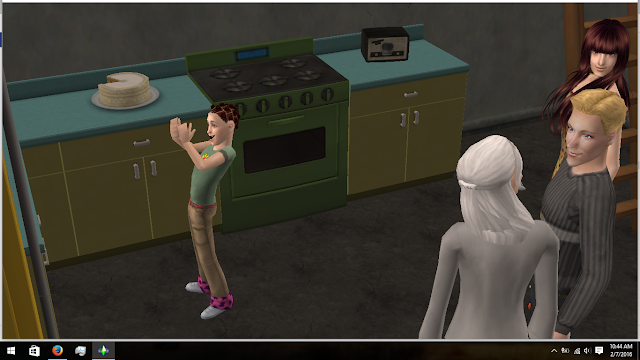 I was not impressed with Shay's hair at first but it's grown on me.  She is very pretty. 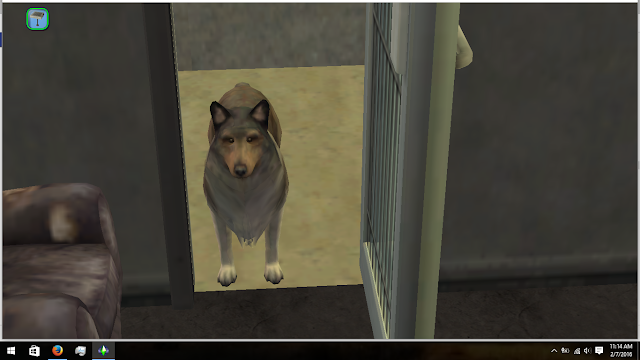 Ziggy ages up to adult... yet another collie. 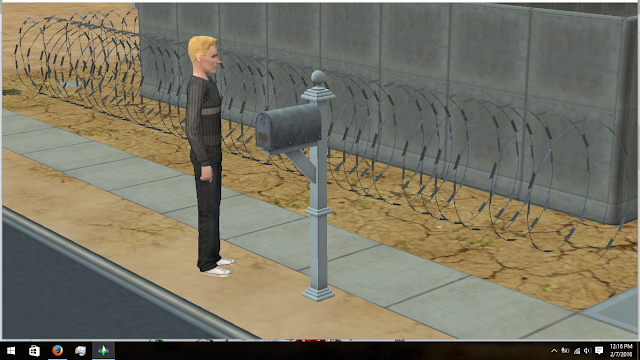 But all is not well in the Rauscher household.  It's lagging like crazy and when I exit and re-enter the house Benjamin is always by the mailbox.  I tried researching it but couldn't find anything.  I'll tell you what... Monday couldn't come fast enough to leave this curse behind!

Side note: I did (sorta) figure out a fix for this problem.  You'll see in later chapters.