Okay so it's been well over a year since I played this challenge.  First, my saves were corrupted and I had to go back to old saves from my backups.  Then, my mods weren't working and (I guess) I was too lazy to fix them.  It ended up being a very easy quick fix.  Anyway, then Sims 4 came out and I wanted nothing to do with Sims 3.  About 3 months after Sims 4 came out this PC stopped working and I switched to playing on my laptop which couldn't handle Sims 3.  Soooo now my laptop has stopped working and, once again, it was an easy fix for the PC I haven't used in over a year.  It only needed a new power supply!  So I've read the last few chapters of the Baby Challenge, which I completed in Sims 4 and plan to complete in Sims 3.  I'm really excited!  The first thing I noticed is that Isabel's first child Katie has an A in school but hasn't been aged up to teen. I lost like a week of play of this family when the game got corrupted, at that point I think Katie was close to moving out and the triplets were children.  So with my very basic updates I'm trying to reacquaint myself with a game and challenge that I haven't played in close to a year and a half! 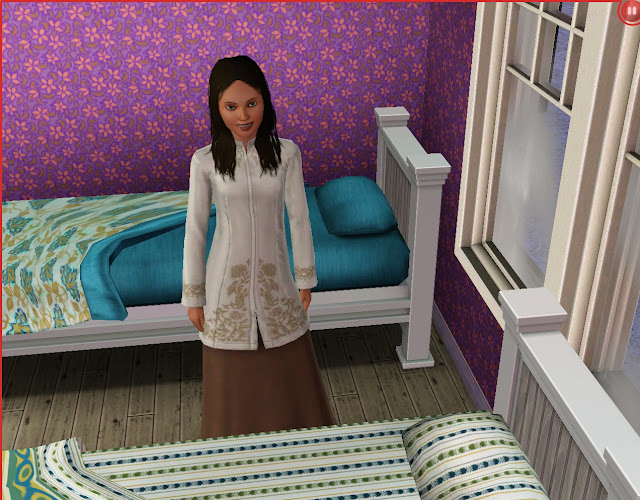 Katie ages up to teen after she wakes up.  Her traits are disciplined, angler, clumsy and socially awkward.  Yay for her, lol.  Now she can help with the triplets especially since apparently they don't go to school if they age up on that day, weird. 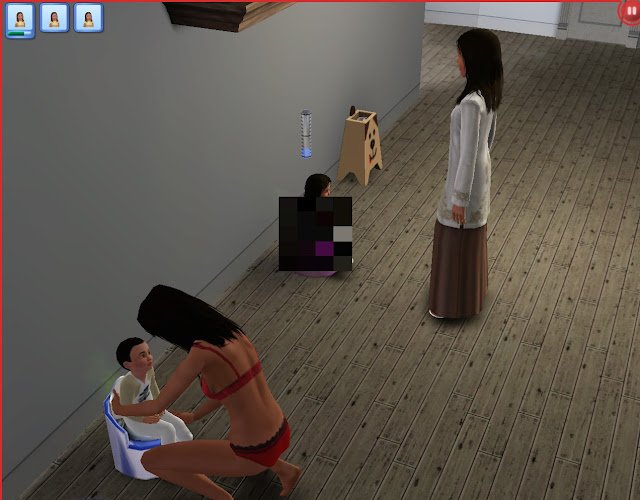 The day starts with potty-training the triplets.  I learned from a youtube let's play that if you set up the potty train over and over they learn all in one shot. 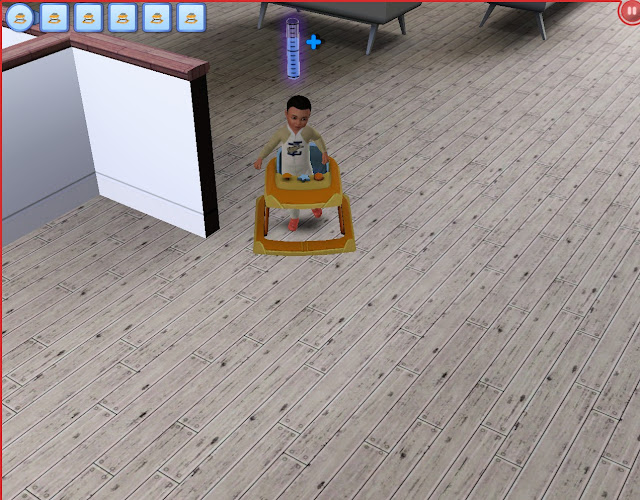 Here's Clay in the walker while his sisters get potty trained.  By the end of the day he knows all he needs to age up! 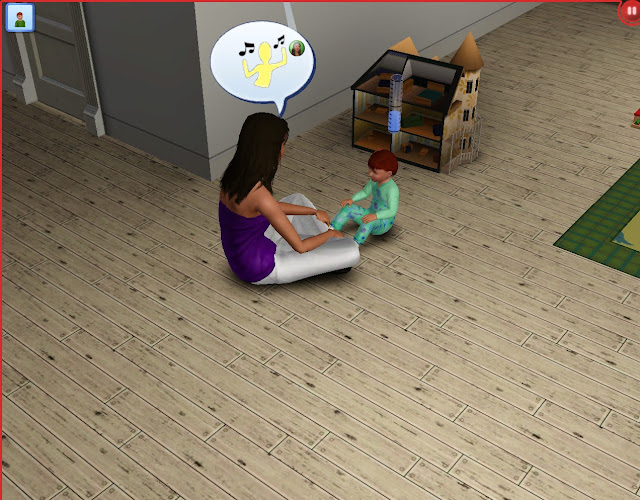 Things go a bit slower with his sisters and it's the end of the next day by the time Callie learns to talk.  They'll age up in the morning but ugh I still haven't gotten Isabel pregnant again!  I'm so out of practice! 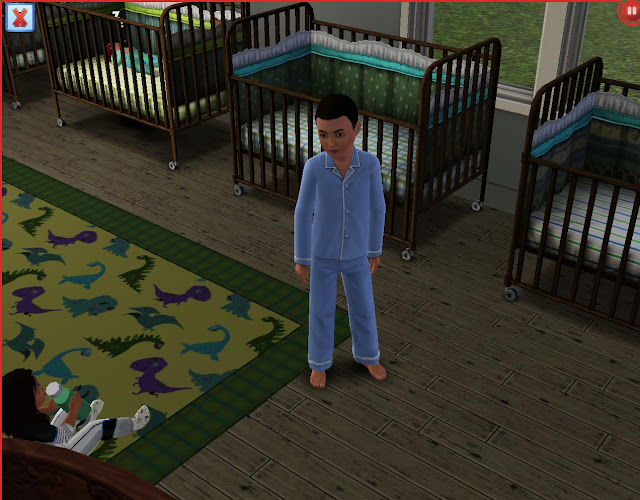 Clay loves the cold, is perceptive and lucky. 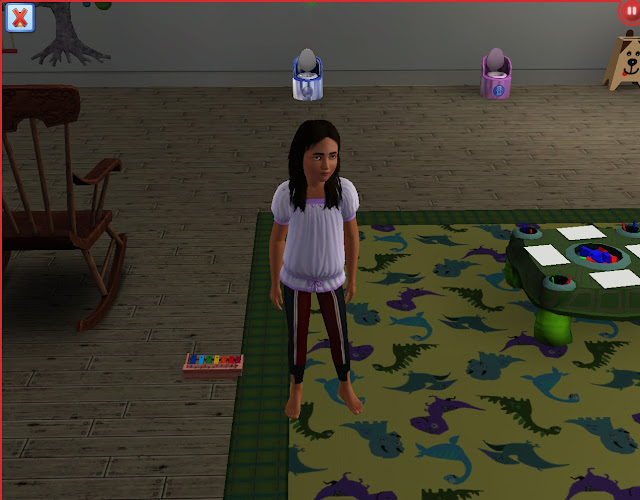 Crystal is evil, hates the outdoors and is adventurous. 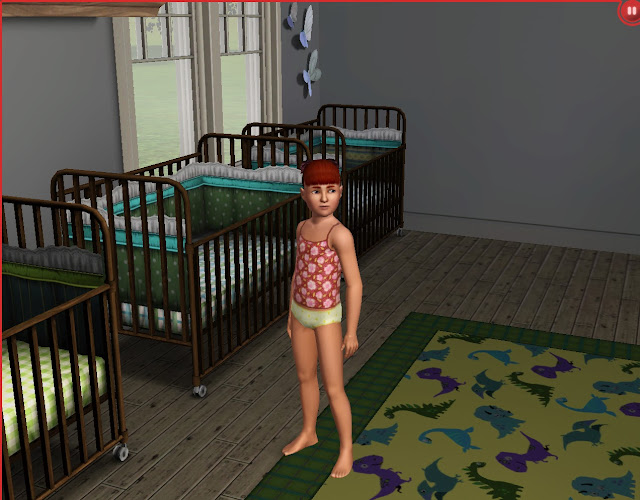 Callie is good, neurotic and a light sleeper. 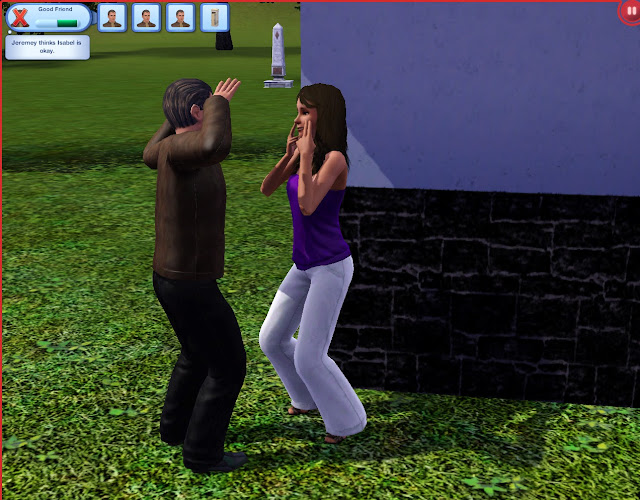 Isabel invites Jeremey Lin (Katie's Dad) over.  You might remember I changed the rules for the challenge so that each father could be whoohoo'd with 5 times.  I did this because story progression makes it almost impossible to find a single guy.  I didn't bother asking Jeremey if he was single, lol.  So she's preggo and back on track. 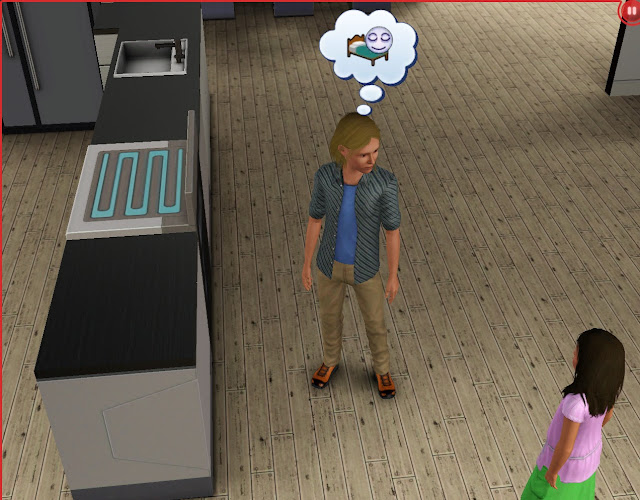 Cole and his twin Cora age up on their birthday with A's.  The weekend ruined an early age up for them.  Cole is neurotic, loves the outdoors and has a good sense of humor. 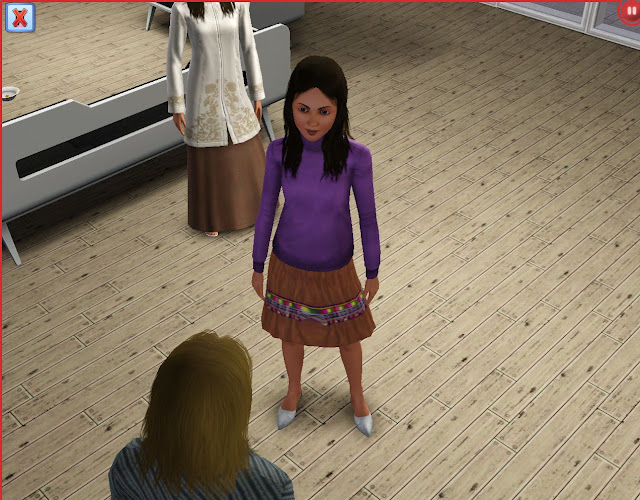 Cora is artistic, good and insane. 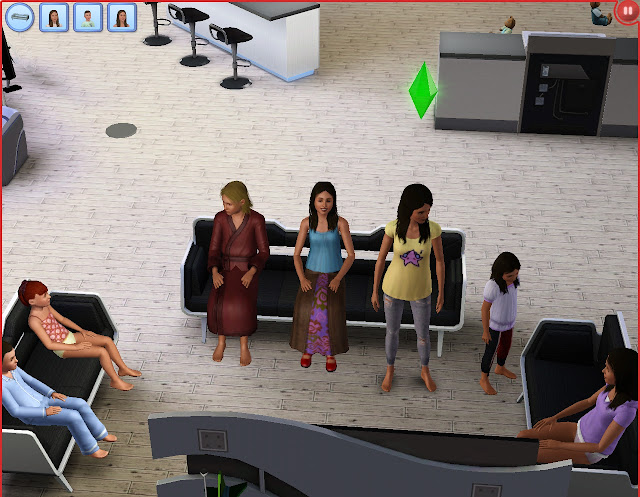 The whole family getting their fun up watching tv before school.  (Kids channel for Mom of course.)  When she stood up to lecture some of the kids I realized that the bus never came to pick them up!  Looking this up on the forums it seems this happens sometimes and you have to go to map view and select the school for each child.  I was about to do so when the game crashed.  *sigh*  I forgot how long it takes Sims 3 to load and save. 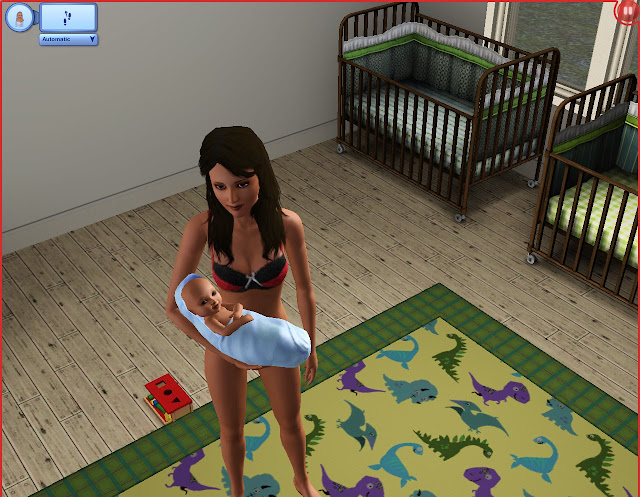 Just one. <pout>  His name is Blake and he's artistic and friendly.