TS4- Neighborhood Rotation: The Birth of the Fifth Generation


Landgraab/Noble
I didn't bother with a family tree in this post because 1. I had two here and it looked stupid and 2. If you're reading this than you should know who everyone is by this point. 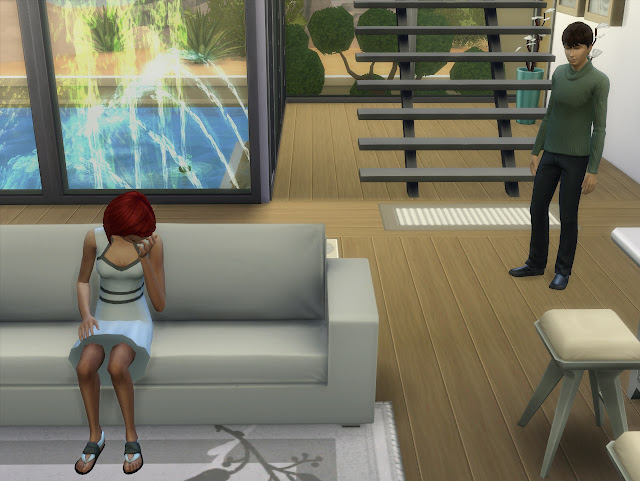 Daxton was at the end of his patience with Hannah by the end of her pregnancy.  She did nothing but mope around the house all day, every day. 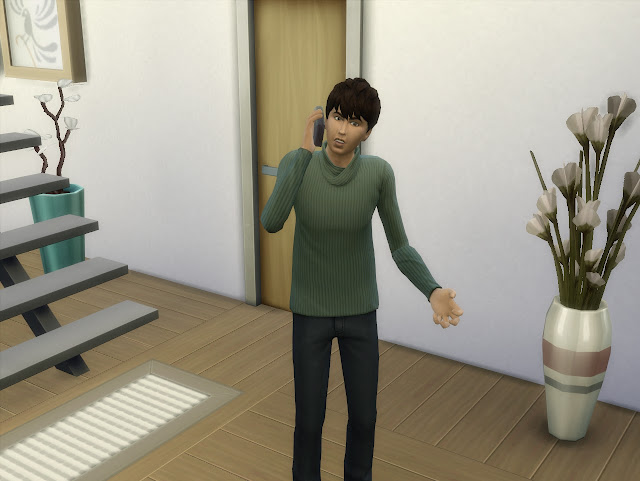 He called Alex and Alisha and asked them to come over. 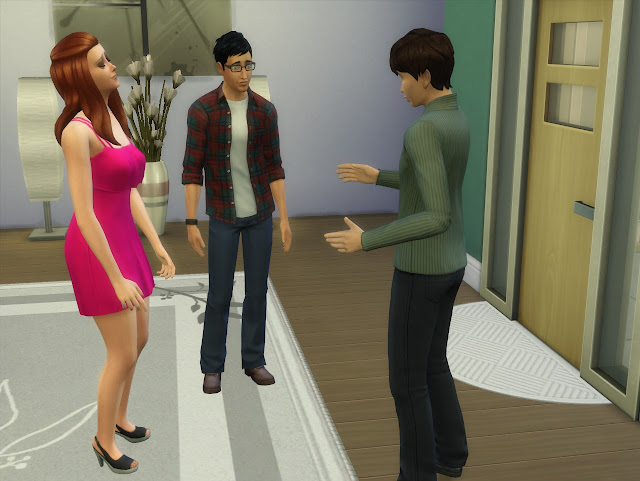 When they got there he explained the situation and brought them in to talk to Hannah and Aaron. 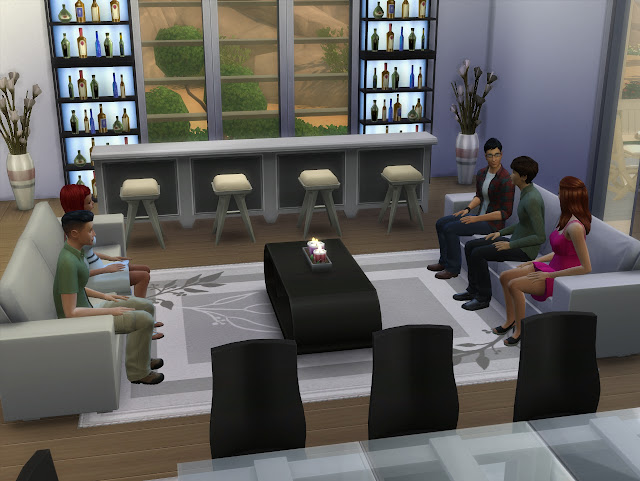 The parents decided that it was for the best of the baby to live with Aaron's family.  Daxton made a deal with them that he and Hannah could visit whenever they wanted. 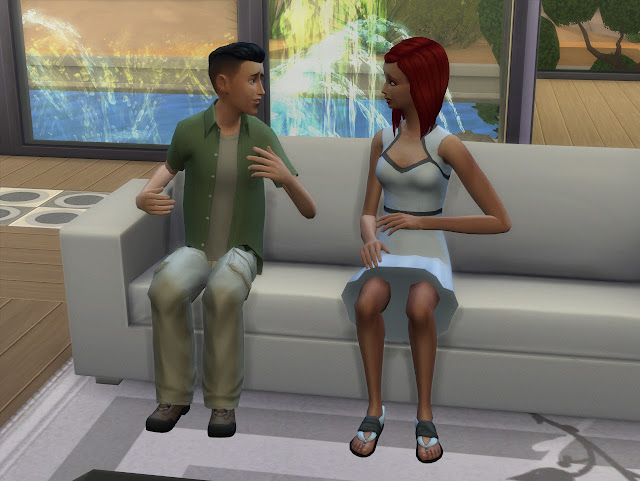 Before he left Aaron broke up with Hannah and told her he still wanted to be friends for the baby's sake. 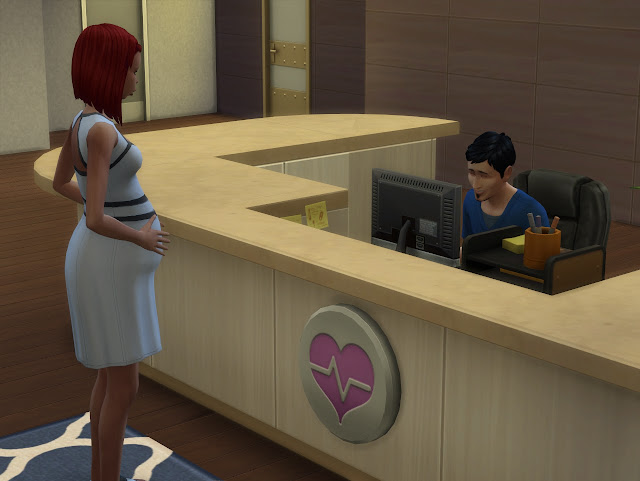 Shortly after he leaves she goes into labor and heads to the hospital alone. 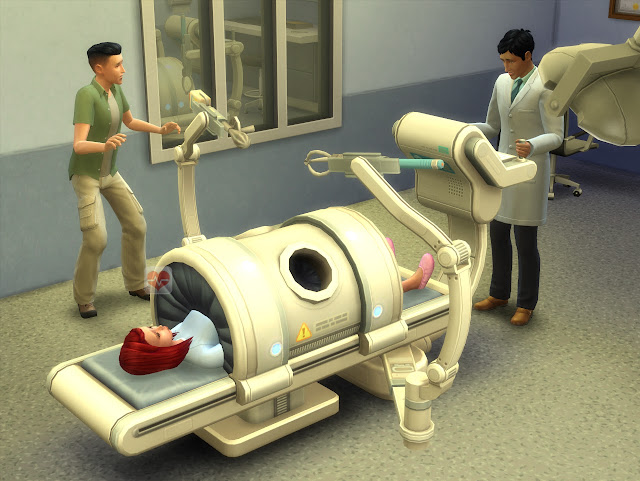 Of course, Aaron's father is the doctor in charge and he quickly calls Aaron who rushes there to see the birth. 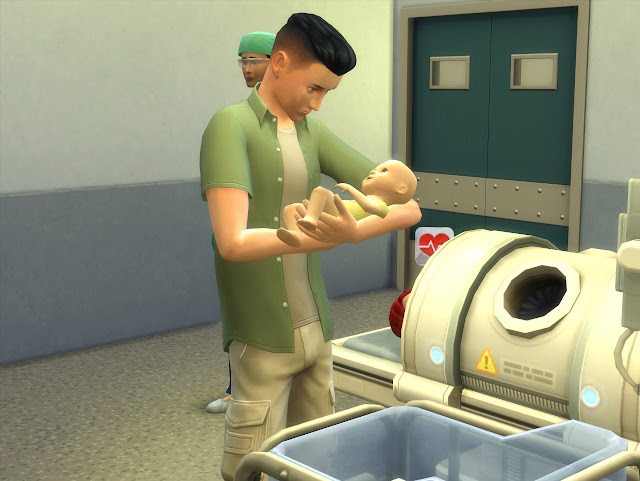 "We should name her Joy or maybe J-o-i so she knows we were happy to have her.  What do you think Hannah?" 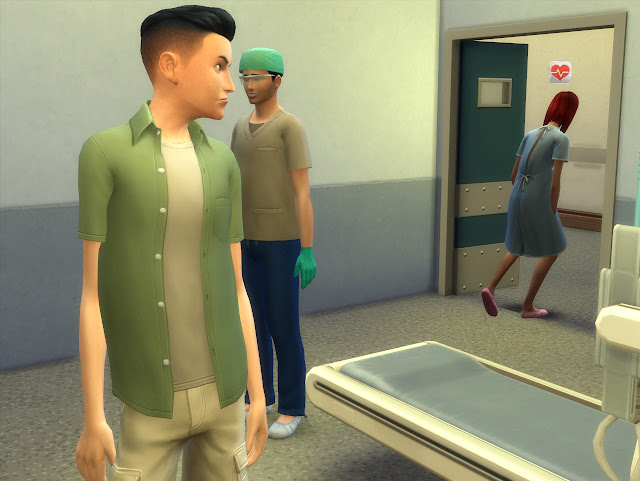 "Hannah?"  To Aaron's disgust Hannah continues out the door and leaves the hospital without even looking at their daughter. 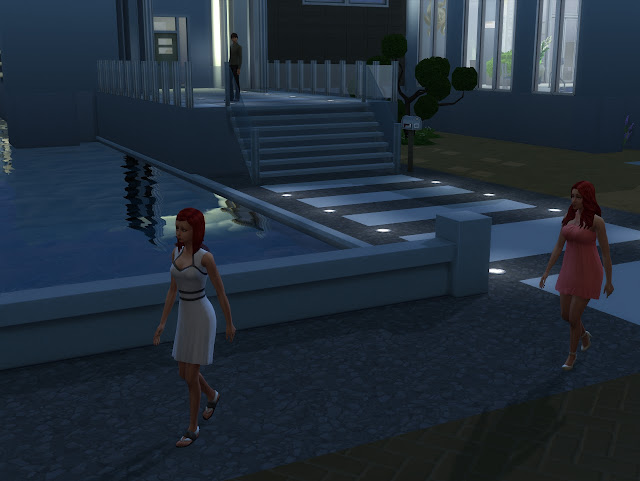 After an angry phone call from Aaron, Daxton goes outside to look for Hannah and sees her leaving with her mother. 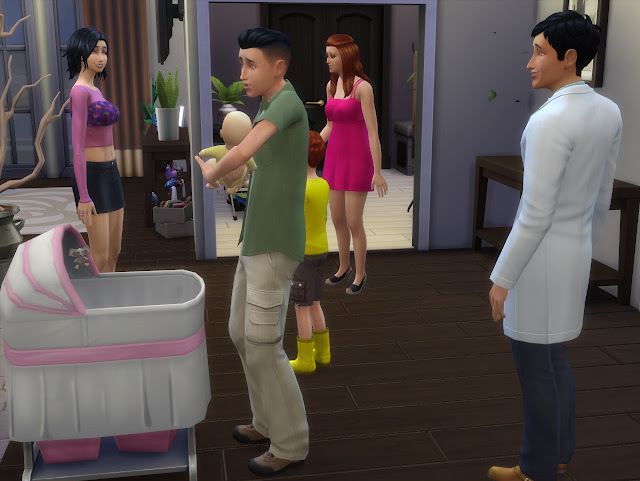 Meanwhile at the Noble house Aaron and Alex bring the baby home from the hospital and everyone celebrates.  They all agree that Joi is a unique and cheerful name. 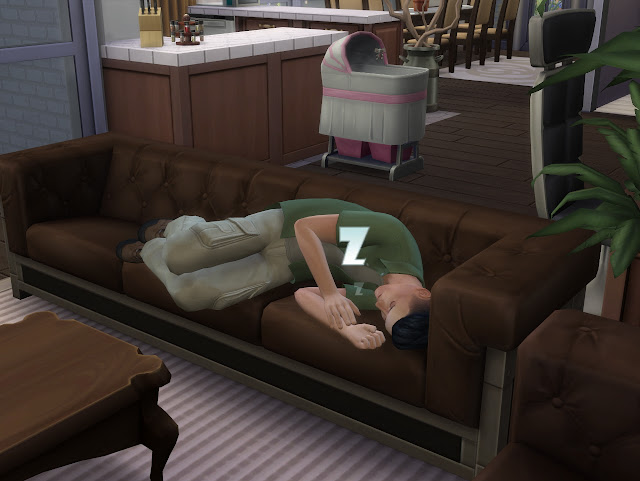 Aaron has a rough time sleeping that first night and ends up taking like 10 naps the next day to make up for it.  He won't let anyone else take care of the baby, saying she's his responsibility. 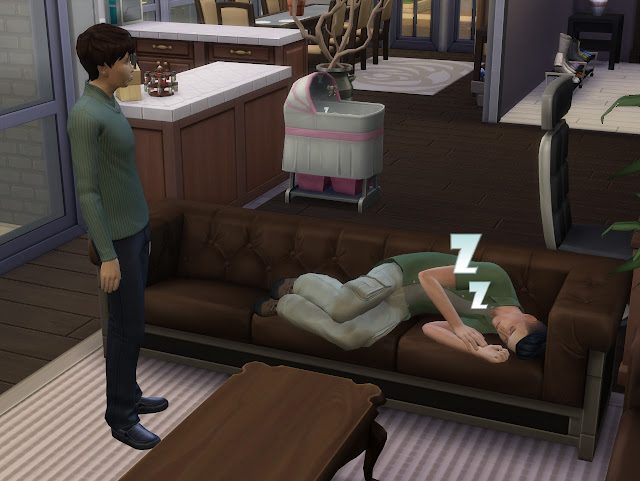 Daxton shows up at the door and Alisha invites him in.  He just stands there watching Aaron sleep for awhile.  He doesn't even pay any attention to the baby. 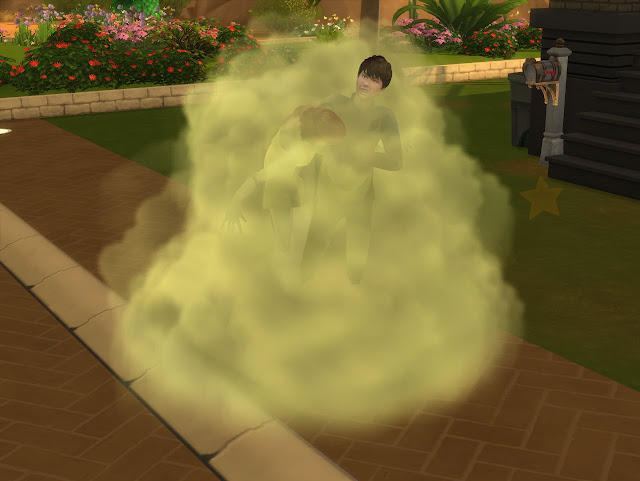 Aaron was taking care of the baby and Daxton and Alisha were nowhere in sight when suddenly a pop-up announced that they were fighting!  Alisha kicks Daxton's butt and they end up being enemies.  Daxton stayed at the house for pretty much an entire day and I kept waiting for him to notice the baby but he didn't.  Hannah showed up too and I waited for her to pay attention to the baby but she didn't either.

Chapter 58
________________________
Authors notes: Aaron and Hannah's story was supposed to be a love story, at first.  Daxton and Krystle's divorce wasn't planned ahead of time.  They were autonomously arguing first in the morning before Veronica and Hannah went to The Bluffs with Wolfgang and Aaron and then later when they got back.  When I had Daxton click on Krystle divorce was one of the actions in the pie menu.  I paused it and sat back to think about their relationship, why they might get a divorce and I remembered why Krystle sought him out in the first place and why Daxton wanted Hannah so much.  Both of their aspirations were the driving forces behind them getting together.  So I did it.  And Hannah turned into a big depressed crybaby.  The thing you need to understand about Hannah is that she's not gloomy, she's not concerned for her parents, she's extremely self-centered.  First, with the divorce and then, with the baby. She only thinks of herself and can't get past whatever dramatic way in her mind it affects her.  By the end of the pregnancy Daxton sees the selfishness of her mother in her and fears for the baby's well being.  He's still very focused on the future of Jace and Braelyn and at this point an infant doesn't factor into his plans.  A lot of Aaron and Hannah's relationship was at least on Aaron's part the result of fumbling to do the right thing.  While Hannah is focused on herself and using him to make her feel better Aaron is trying to figure out what it is he's supposed to do with her.  He's no suave lady-killer, he's a genius and geek who has had no prior interaction with girls other than his sisters and mother.  His actions with Hannah their entire relationship are based on what he's seen from his parents and what he believes he's "supposed" to do.  Aaron's story isn't close to over yet, Joi's story is just beginning and Hannah?  Well, Hannah has moved to Windenburg to live with her mother.  At some point in the future things may change for her but I don't see it being any time soon.  Sorry but over these last chapters I began to dislike Hannah more and more.
Posted by Rainy at 11:20 AM