Warning:  The following post contains adult content!
I've gone back and forth with myself over this decision because my first reader was my young niece Marley but as far as I know she doesn't read the blog anymore and I wanted something more graphic than hearts over a bush for this chapter. If you find it offensive please let me know and I'll take that into account in future posts.  Thanks!
~Rainy 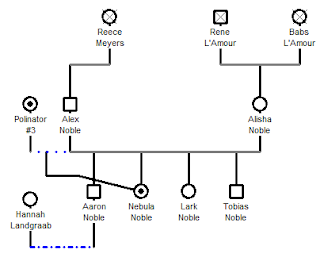 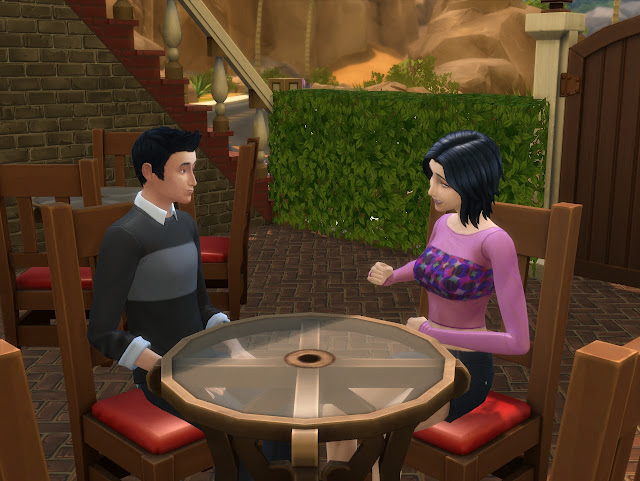 I was totally prepared to delve into Aaron and Hannah's story when Harley called Nebula and asked her on a date!  She's been waiting for this way too long to put it off so of course she said yes. 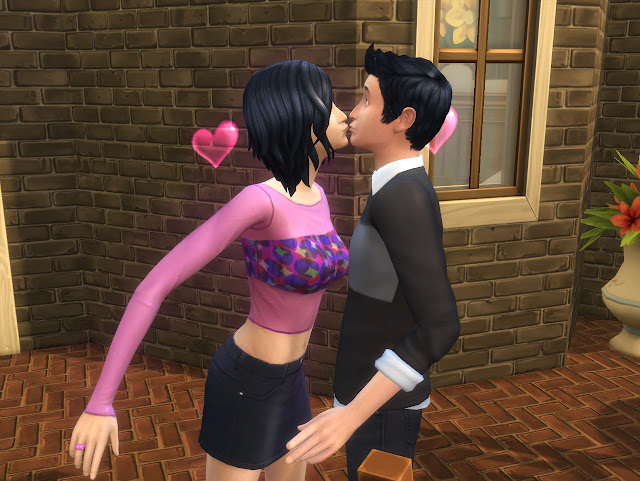 This was it, the moment she'd been waiting for!  Her first kiss!  She didn't even notice that she was glowing pink... 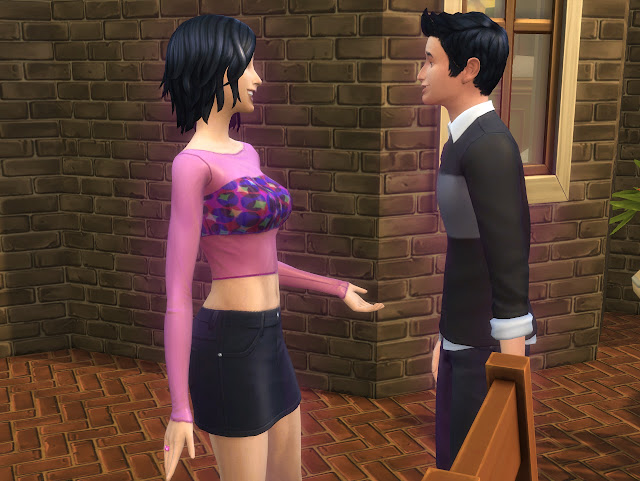 ...until Harley started glowing pink too!  She asks him to be her boyfriend and he says yes.

Back to the original story! 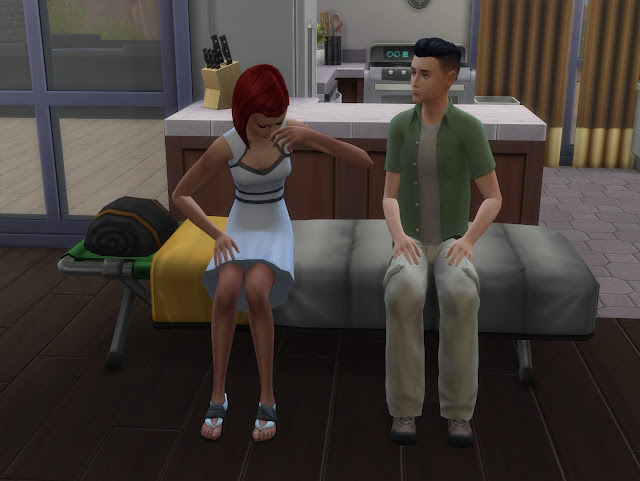 Hannah's crying again.  Truthfully, Aaron doesn't know what to do anymore.  He's all about computers and chess tables not all this drama.  He tries talking to her but it doesn't help. 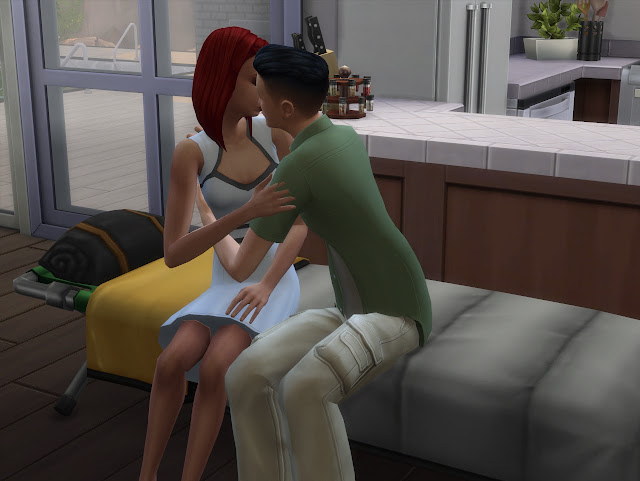 Then, in an act of desperation he kisses her.  It actually works.  She stops crying and kisses him back. 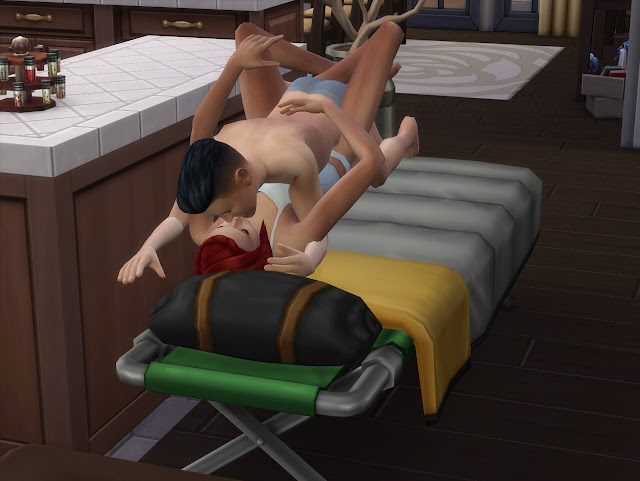 He should have stopped there but kissing her felt so good!  Things went way too far way too fast. 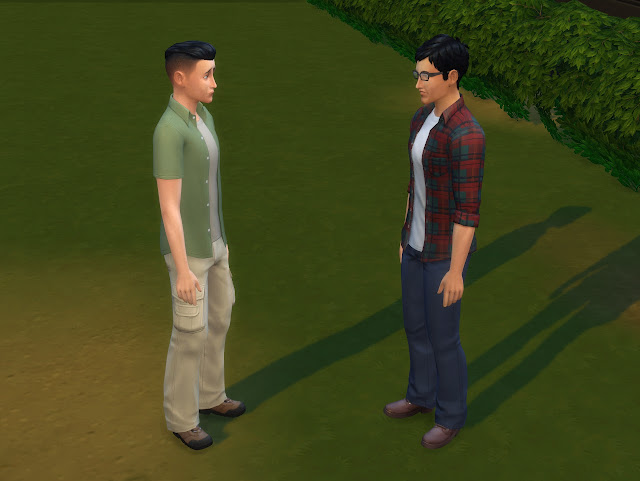 Aaron can't believe how stupid he was.  When his Dad gets home from work he pulls him outside and confesses what happened. 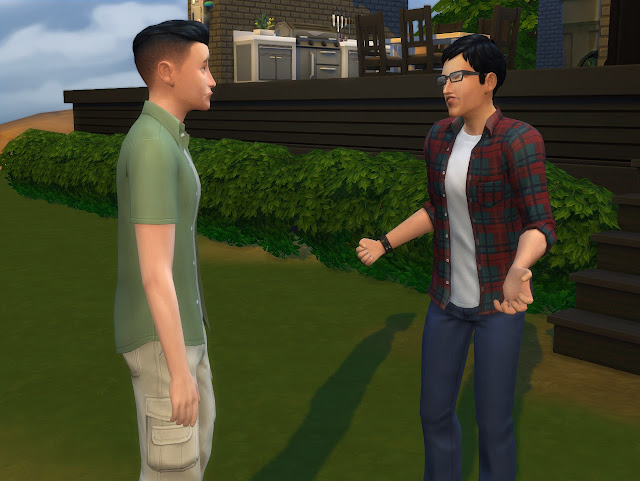 He's more angry than Aaron has ever seen him!  He says that him and Hannah are ungrateful for everything the family has done for Hannah.  He insists that Aaron make her take a pregnancy test, now. 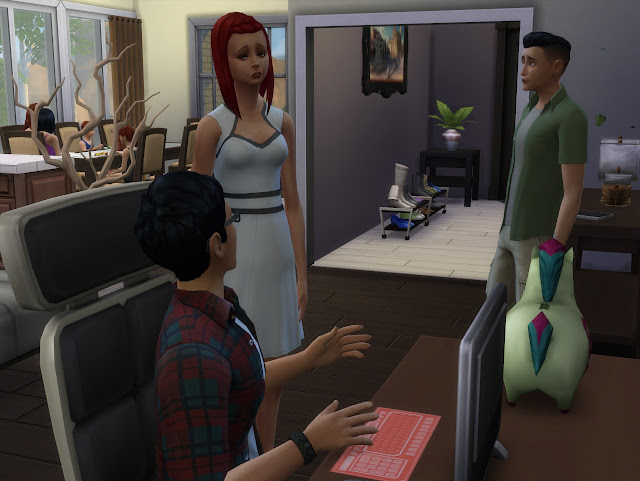 When Hannah whispers "It's positive" to his dad Aaron doesn't even know what to think.  He hears him telling Hannah to call her father but he can't seem to find his voice to speak up.  His heart is racing and he's having trouble breathing. 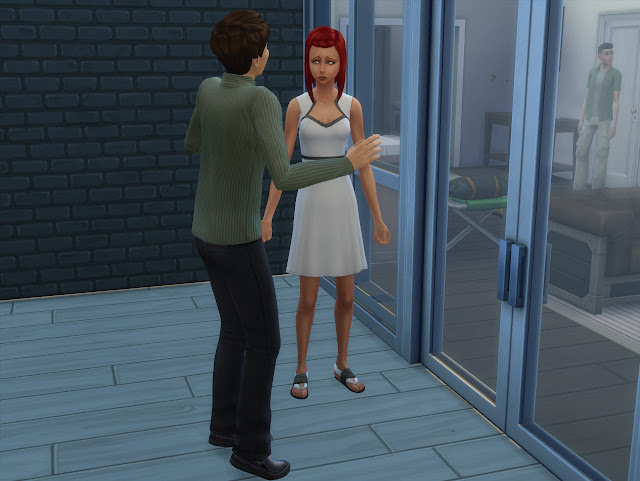 Aaron can hear Daxton telling Hannah to grab her things, that she's going home with him but he still can't seem to speak... or even move for that matter. 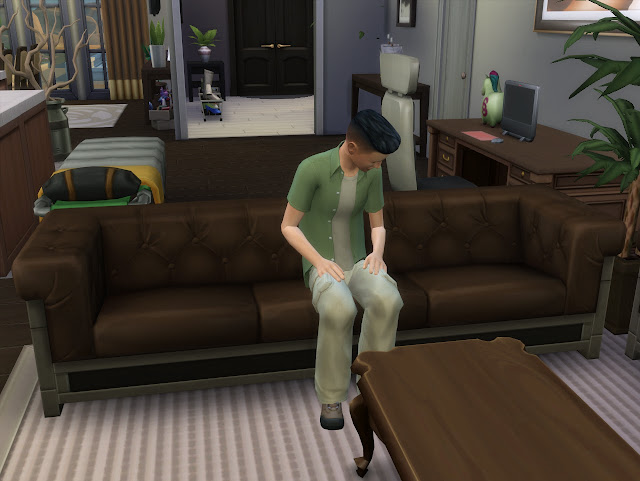 After Hannah leaves to go back across the street with his baby Aaron finally collapses onto the couch and breaks into tears.  He had his whole future planned out and with one stupid decision he has no idea where his life goes from here.  First, he has to tell his mother. 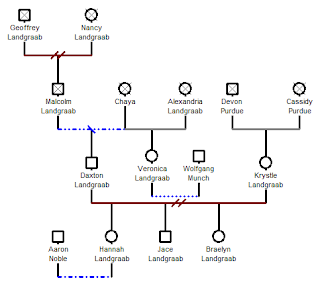 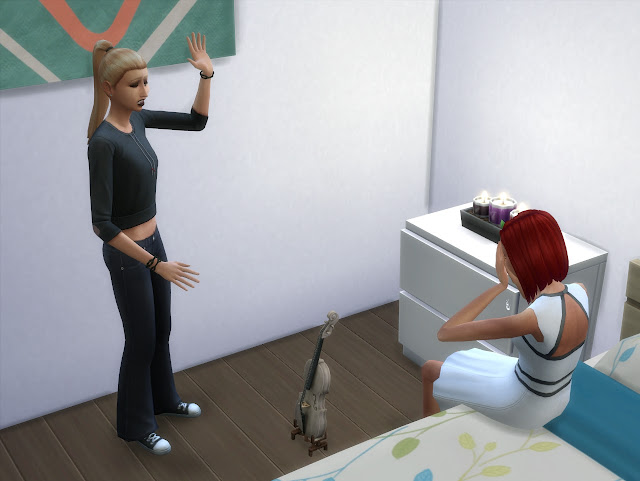 Hannah's back in her old room in her old life, without Aaron to comfort her.  When Veronica comes in and asks how she's doing she can't even reply, she just cries harder. 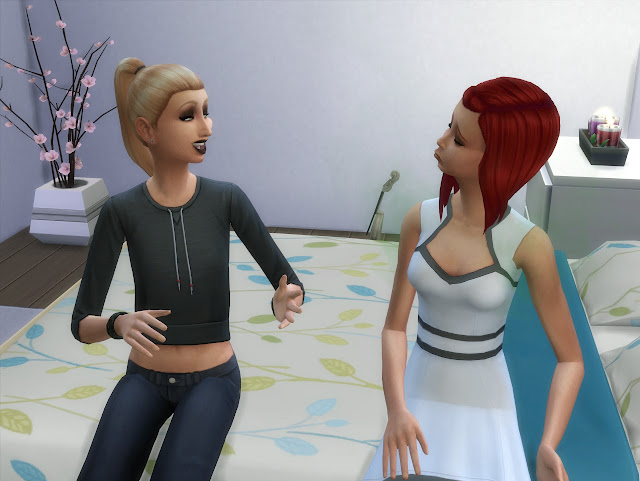 When Hannah finally calms down a bit she thinks how lucky she is that she'll have her aunt here for her and then she realizes what Veronica is saying!  "After my birthday tonight I'm moving with Wolfgang."  When did her and Wolfgang get so serious? 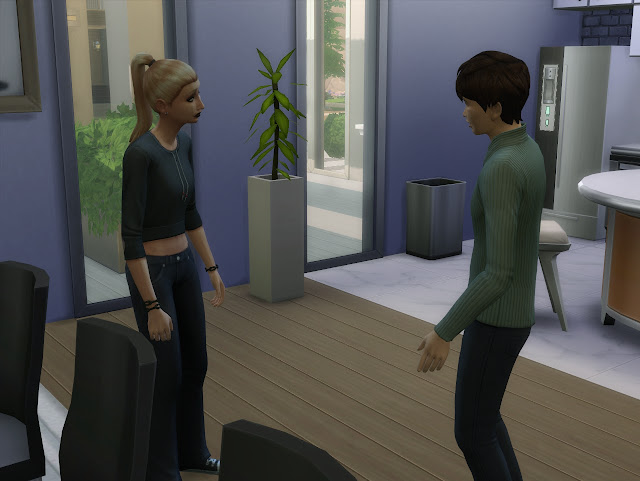 Daxton tries to talk Veronica out of leaving but she insists that Wolfgang needs her more than they do. 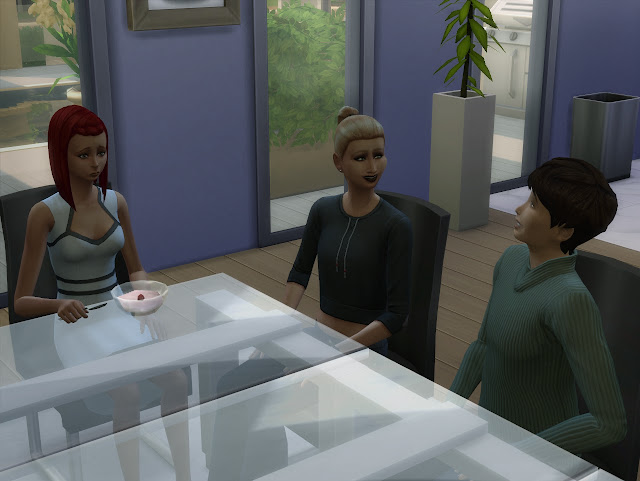 While Daxton and Veronica joke about a Landgraab living in a tent Hannah sits in misery. 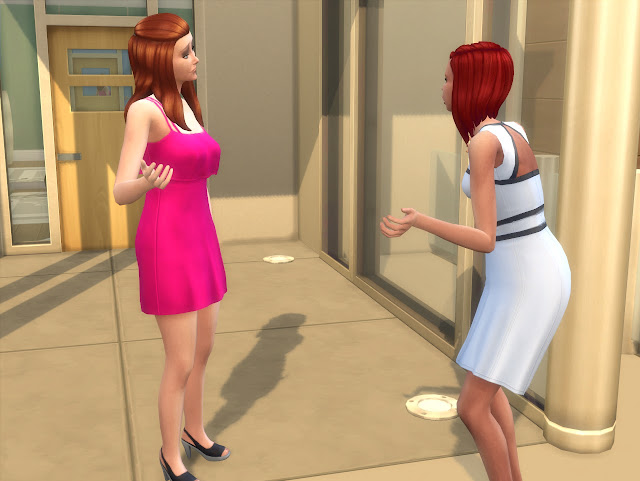 Then Aaron's mother Alisha shows up at the door.  At first she yelled at Hannah and accused her of taking advantage of the family's kindness.  When Hannah just stands there crying she sighs and tells her she needs to decide who gets custody of the baby the Nobles or the Landgraabs.  She reminds Hannah that her parents just got a divorce and that it would be better for the baby if it lived with it's father.  Hannah's in shock as she goes back into the house for Veronica's cake. 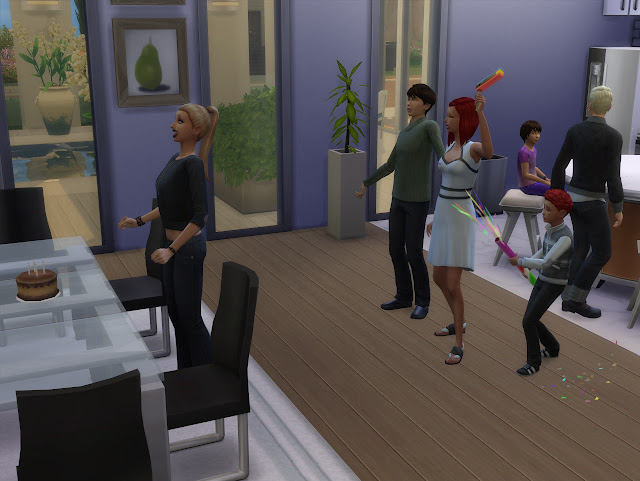 Veronica ages to a young adult.
Her last trait is jealous... as if you hadn't figured it out by now. 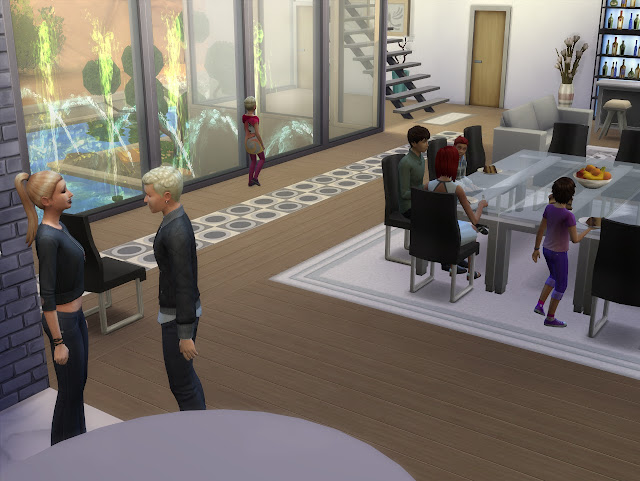 Veronica and Wolfgang make plans to bring a few of her things to his camp and then they leave.

Black/Landgraab
Some pics for those of you who wanted to see Wolfgang's camp... 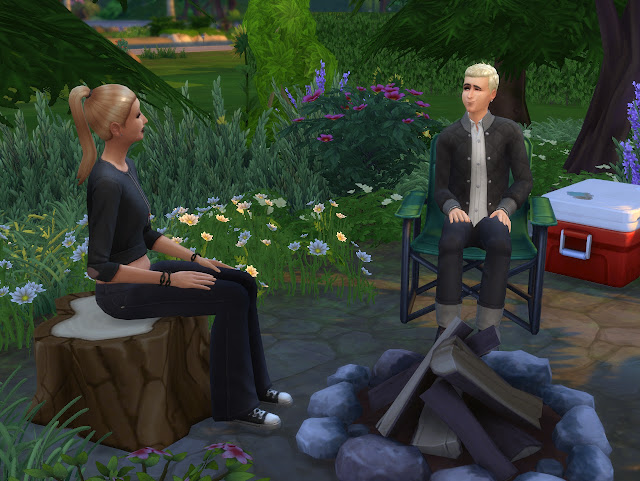 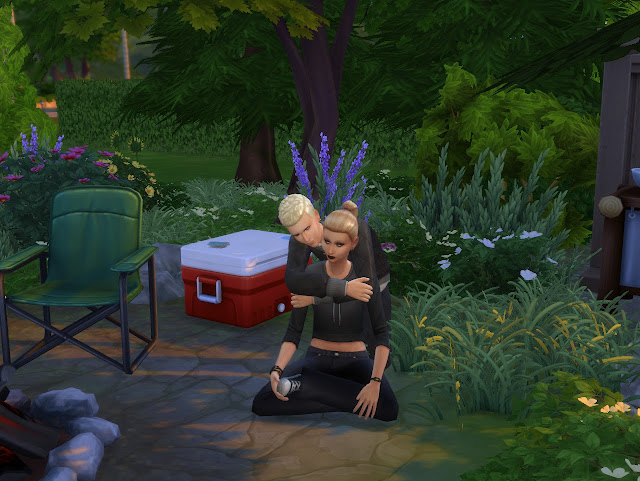 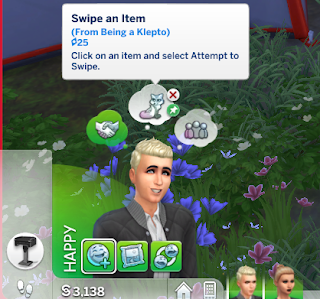 I have to butt in here and comment: omg it's like Swiper no swiping on Dora the Explorer! 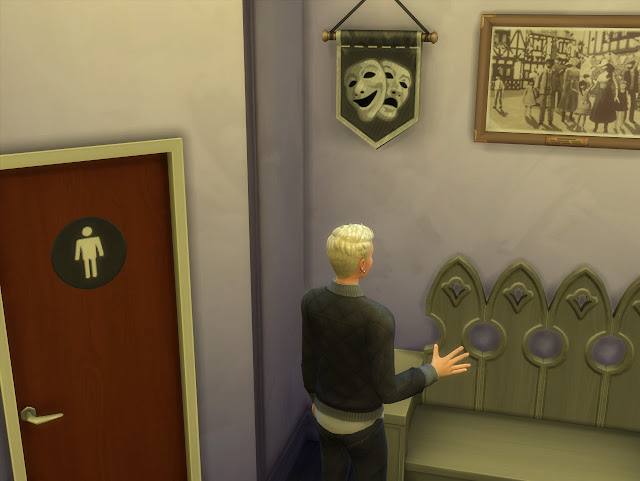 After they eat their hamburgers they go to a pub and Wolfgang swipes one of the banners on his way to the men's room. 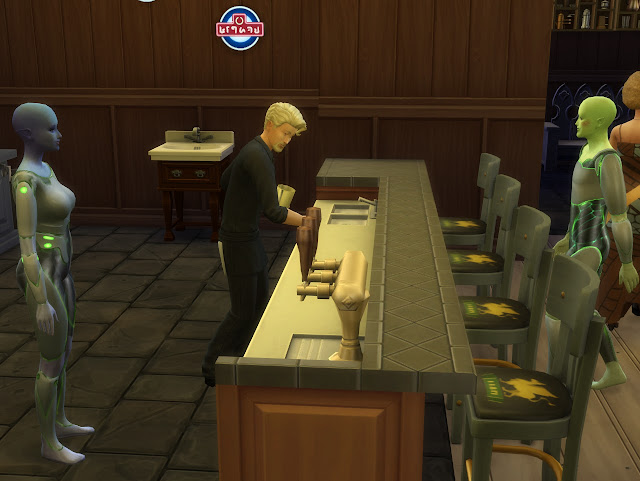 The mixologist announces it's Alien night and these unknown aliens just poof appear!  Grrr.  I already have a house full of aliens! 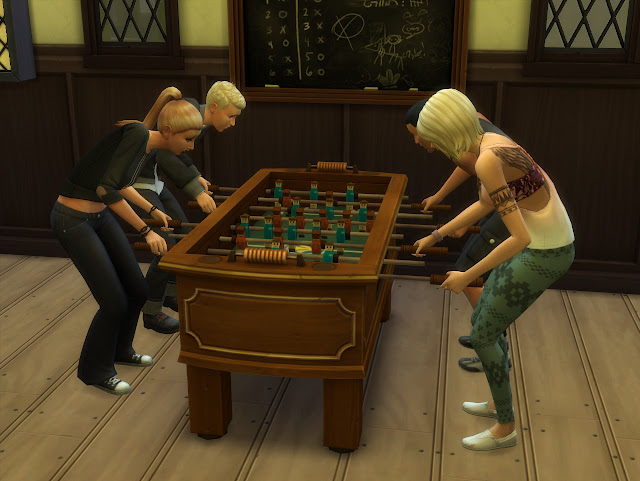 Wolfgang and Veronica play skeeball against Rocco and Mallory. 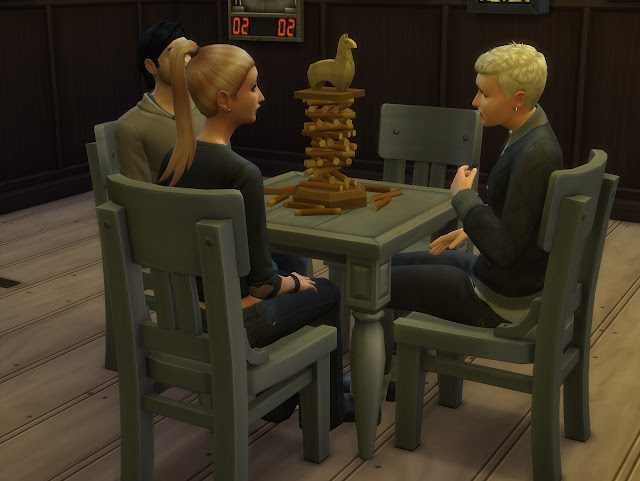 Wolfgang started talking to Mallory after the game and Veronica got tense and insecure. 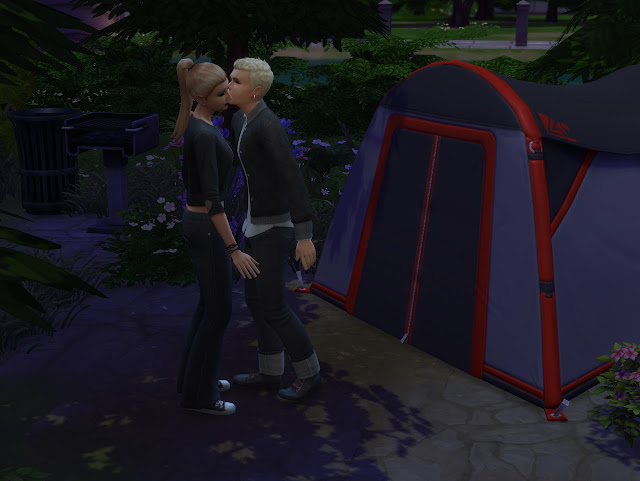 After that they headed "home" and Wolfgang gave her a kiss on the cheek and reassured her she's all he needs. 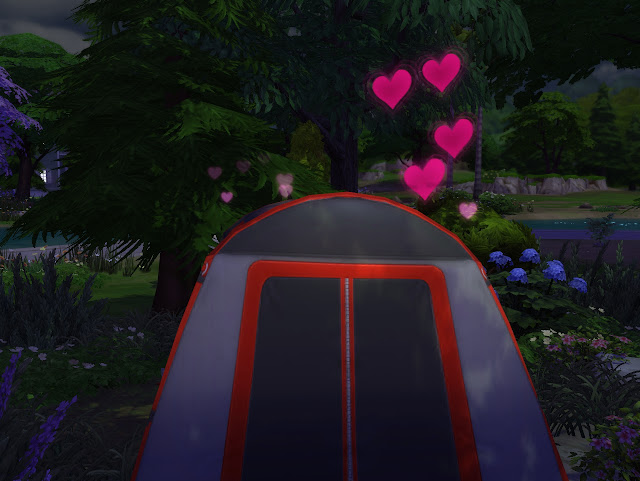 It's the perfect ending to Veronica's birthday.