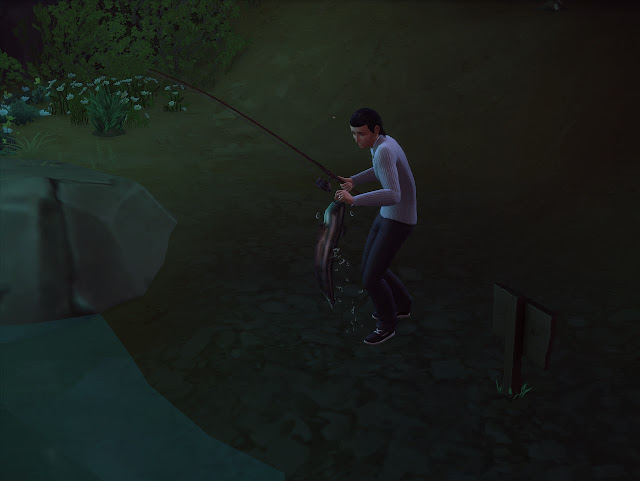 Rome catches the last fish he needed, a wolf eel in the Forgotten Grotto. 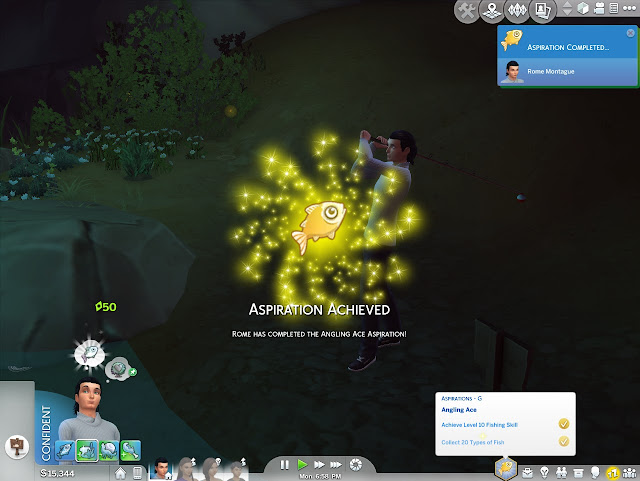 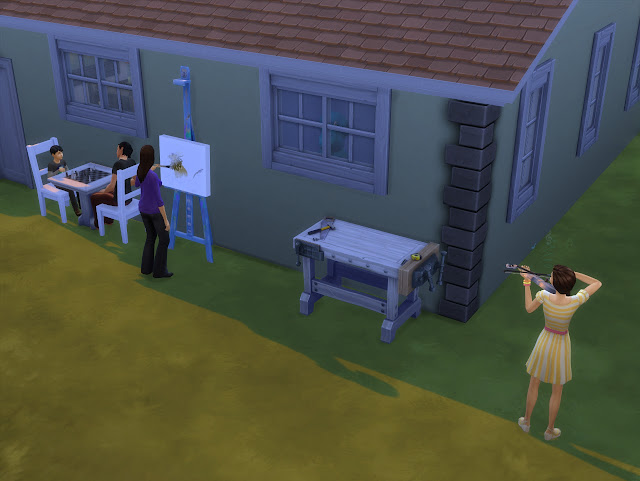 Rome takes Renaissance Sim as his 2nd aspiration.  Since he needed to get a skill up and Vincent needed mental they play chess.  Jules paints and Zora plays violin.  This is the way things are in the house for days. 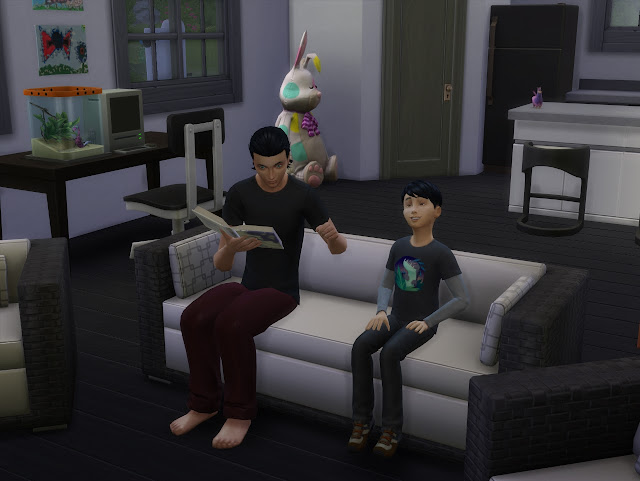 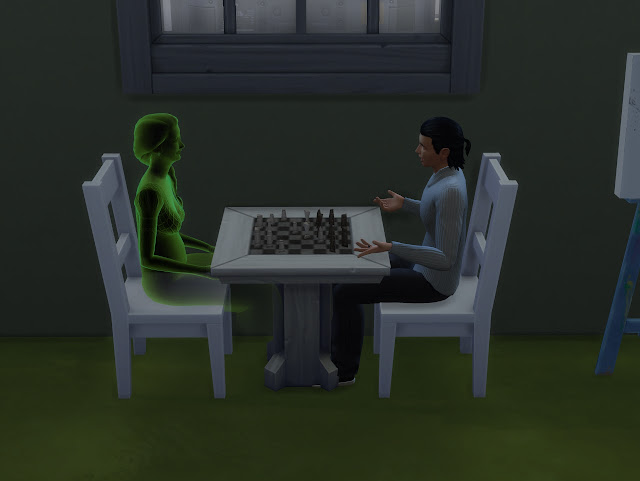 Rome was playing chess one night and Juliet showed up and played too. 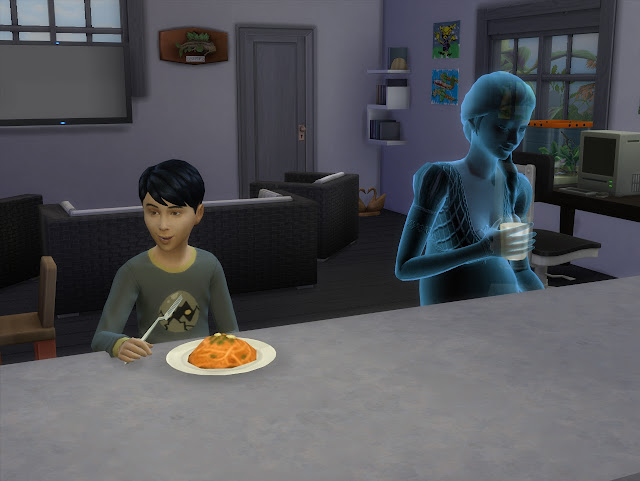 In the morning she sits and talks to Vincent.  I had hoped that Romeo and Juliet would show up at the same time and interact with each other but they never did. 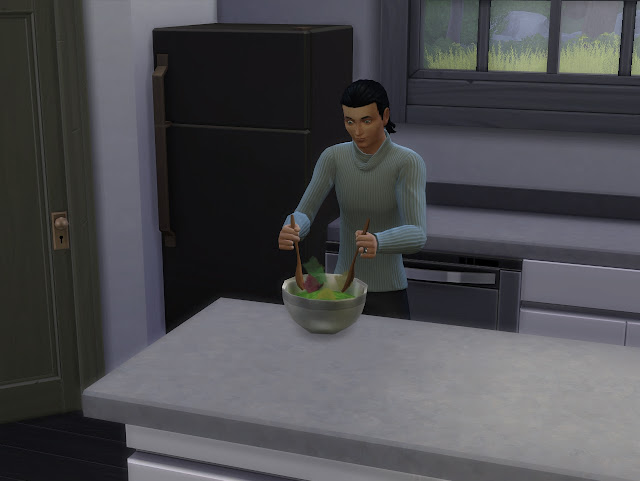 Rome joins the Culinary career as the first career to reach level 3 in and takes over cooking duties. 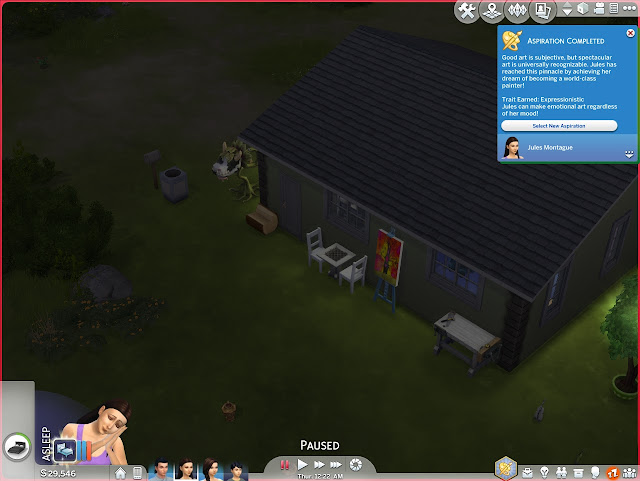 I had it on high speed so I didn't catch the big splash on the screen.  Juliet completed her last masterpiece and her aspiration.  Her new aspiration is Bestselling Author. 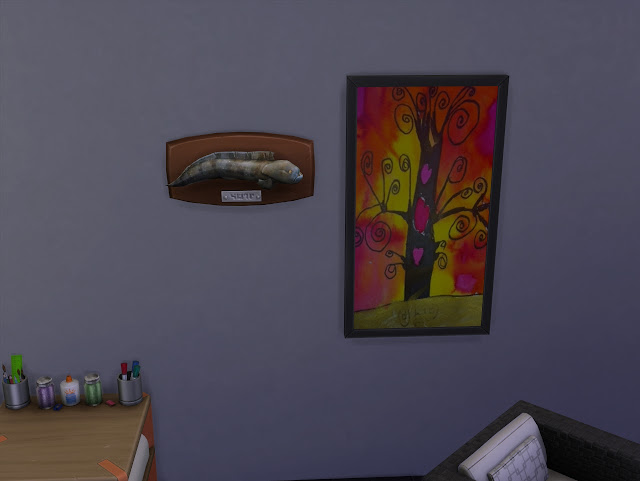 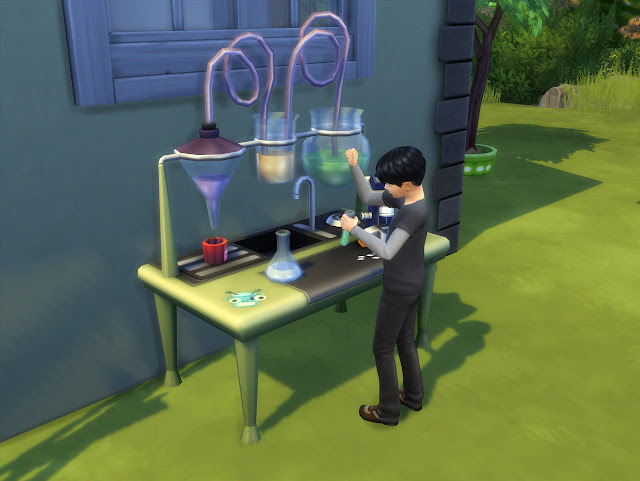 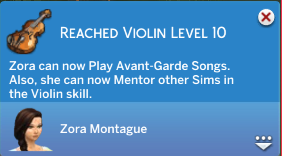 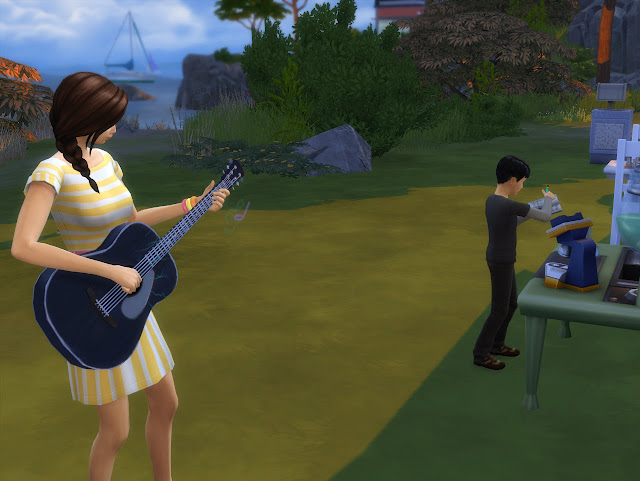 Once she's finished writing the violin songs she needs for her aspiration Zora begins to learn the guitar. 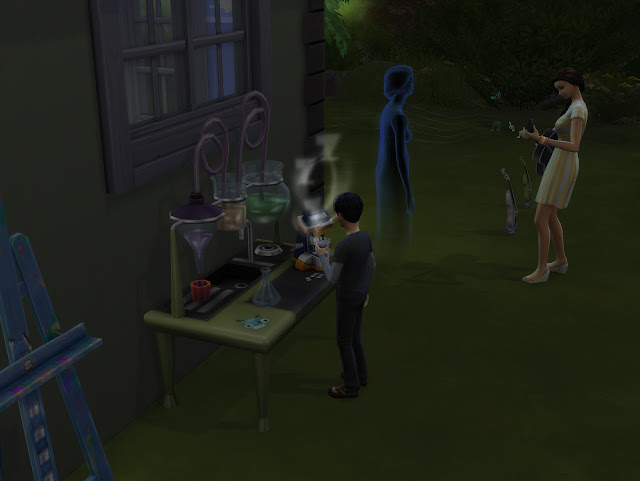 The night before Vincent's birthday I wasn't sure if he'd manage to max the mental skill so he took a sleep replacement potion and a vacation day from school. 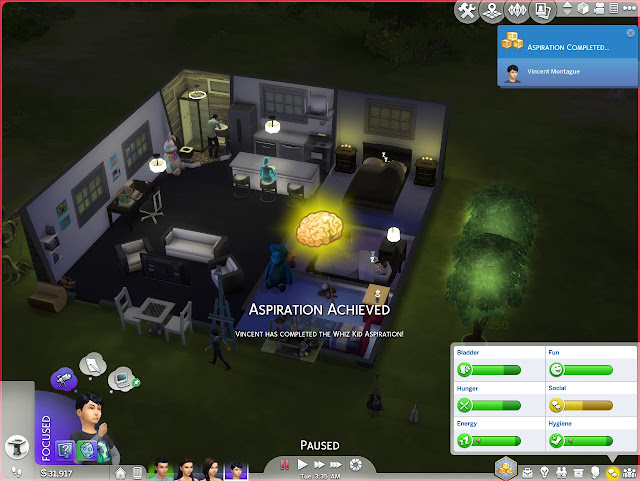 I guess the potion wasn't needed after all.  He completed his 2nd aspiration with time to spare! 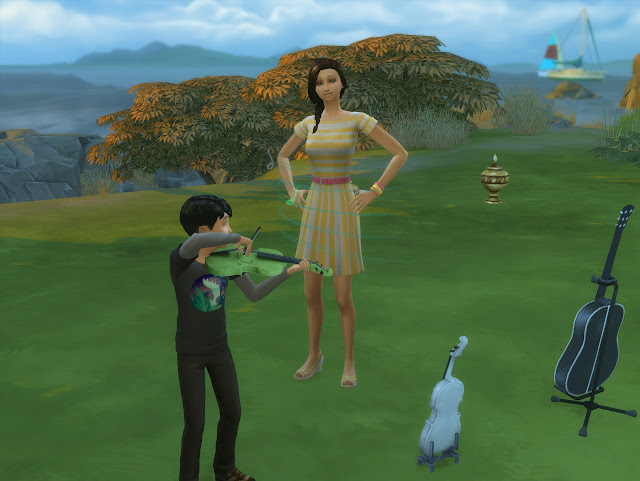 Once Zora wakes up she mentors Vincent on the violin. 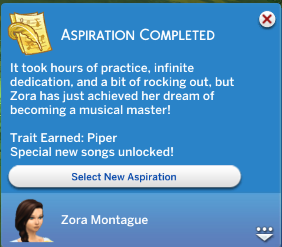 She completes her aspiration! 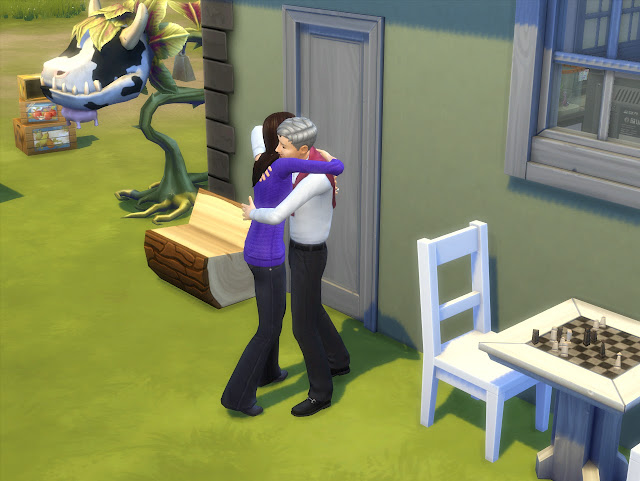 It's time for Vincent's birthday and the grandparents are invited.  This is the first time they've seen any of them other than Rome's dad since they ran away as teens. 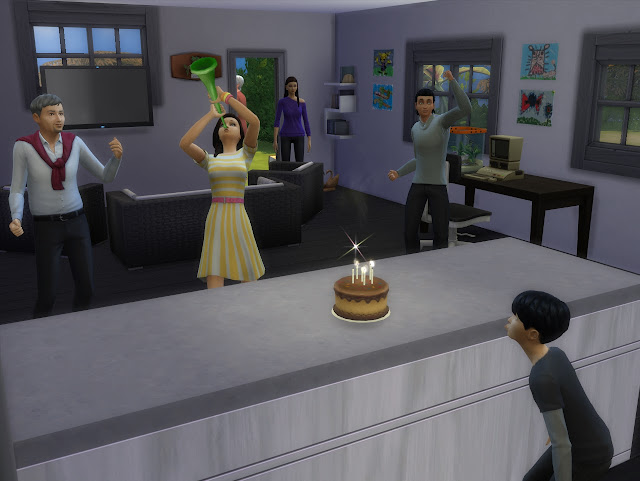 Vincent blows out the candles. 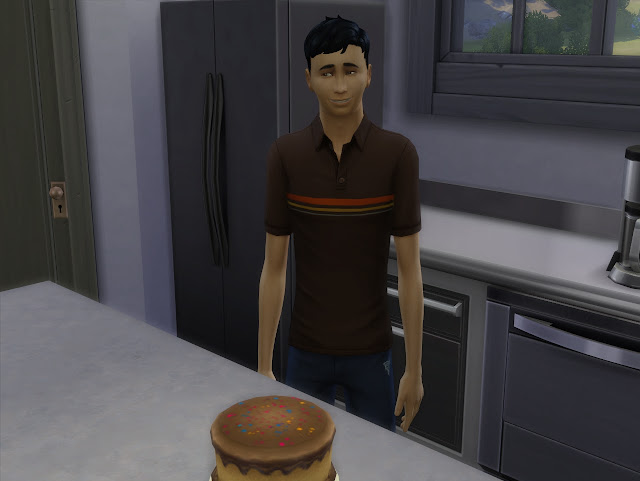 I took him into CAS to fix his horrible outfit and when I exited out everyone was in their party clothes, lol.  So this isn't his every day outfit.  I had a terrible time trying to pick an aspiration for him.  He completed a creative and mental childhood aspiration so he had those boosts... but I didn't want another artist.  I thought seriously about making him a Soulmate aspiration but at the last moment changed my mind to Nerd Brain and gave him the genius trait. 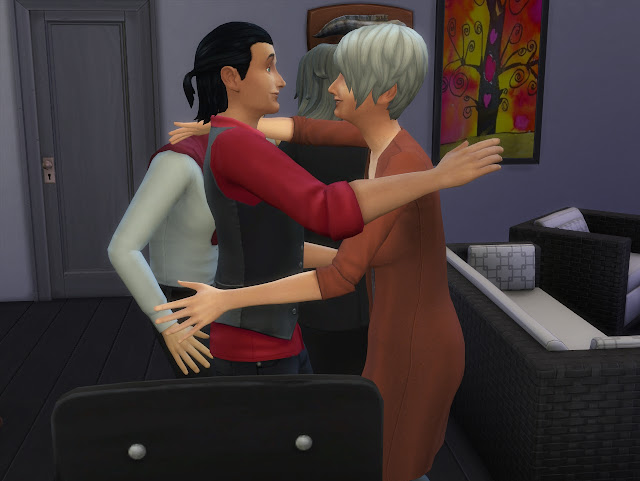 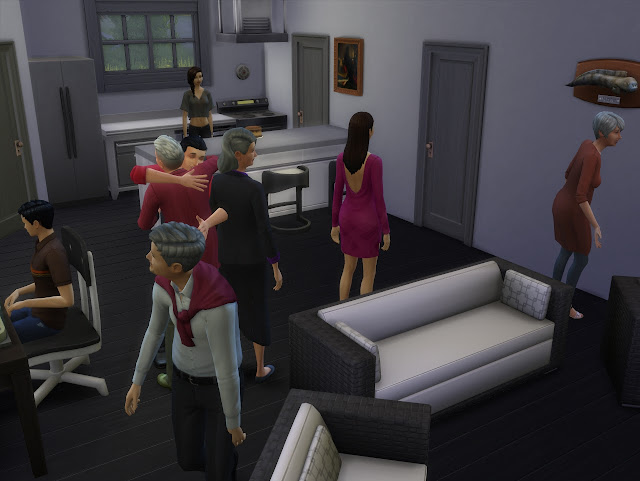 All 8 of them are moving to my neighborhood rotation Keeping Up with the Jones's!  I even saved the house to put on the same lot there.  You didn't think I could just stop playing them did you?  ;)

The End
(for now)