TS4- Runaway Teens Chapter 3: Out and About 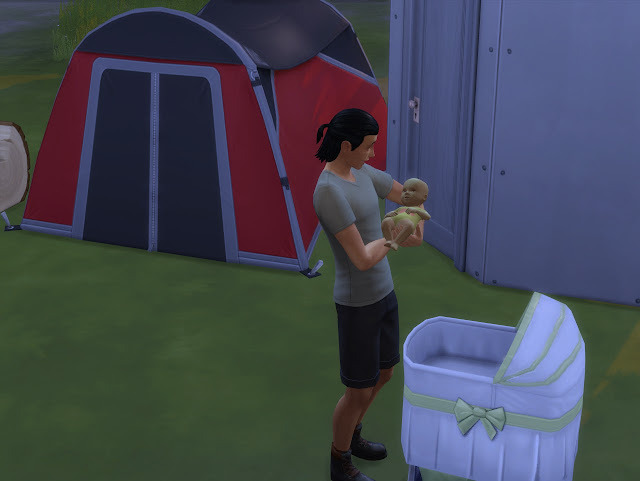 Rome plays with baby Zora.  One of the teens sticks by the camp area while the other gathers things to sell. 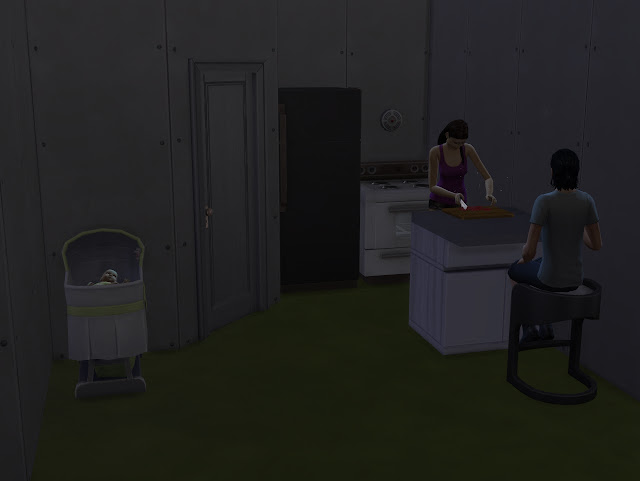 They manage enough for a mini kitchen and some walls... but no lights so it's hard to see. 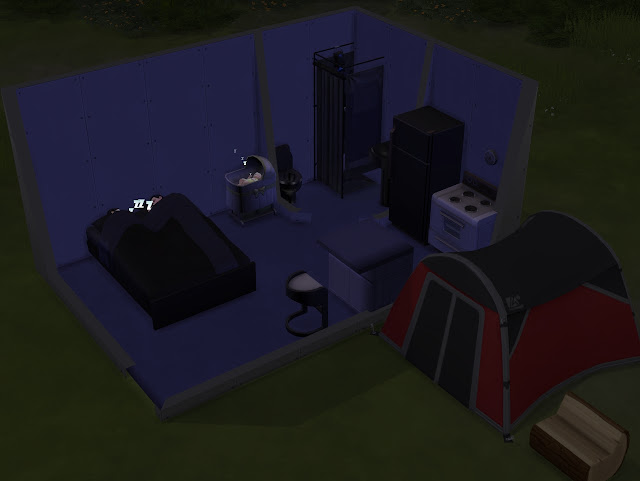 The next night they get more walls and a bed. 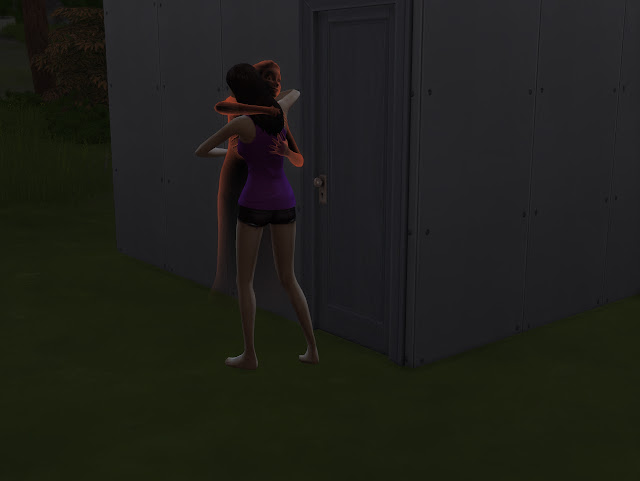 Juliet's ghost shows up and breaks the entire bathroom. 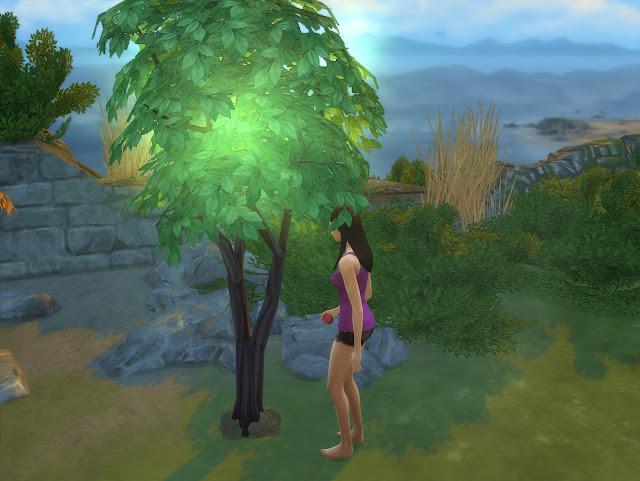 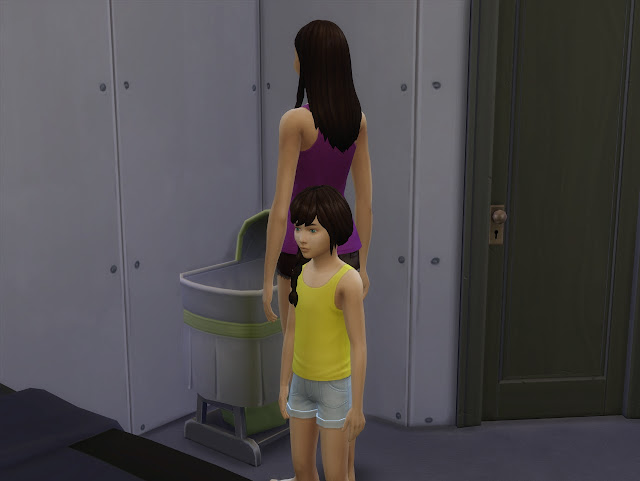 It's finally time for Zora to age up to child!  She loves the outdoors like her parents and is a rambunctious scamp. 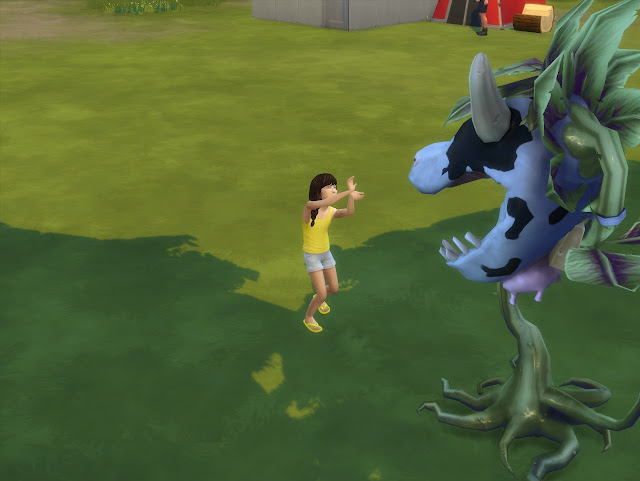 The first thing she did after aging up was run outside to play with the cowplant. 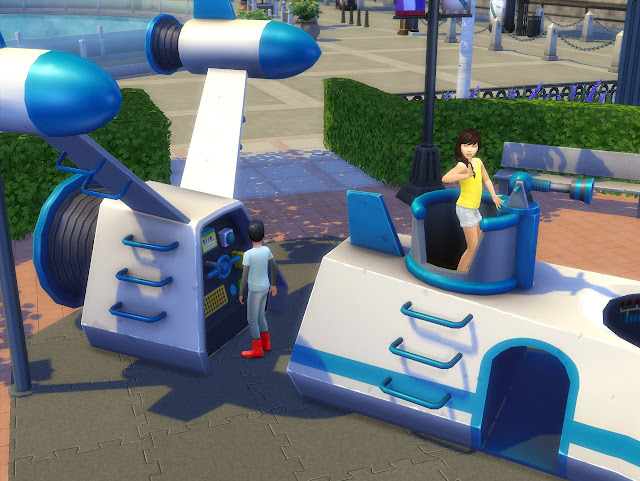 Now that Zora has aged up they can explore Windenburg.  She plays on the playground while playful and makes a friend. 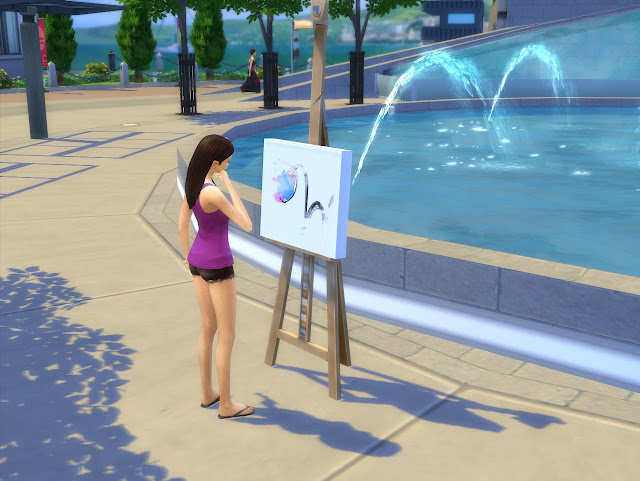 Jules works on her aspiration for the first time painting by a fountain.  There are easels everywhere! 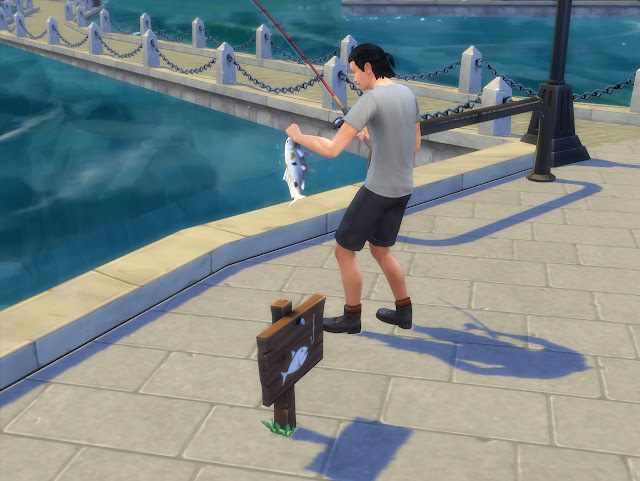 There are also plenty of fishing spots for Rome to work on his aspiration too. 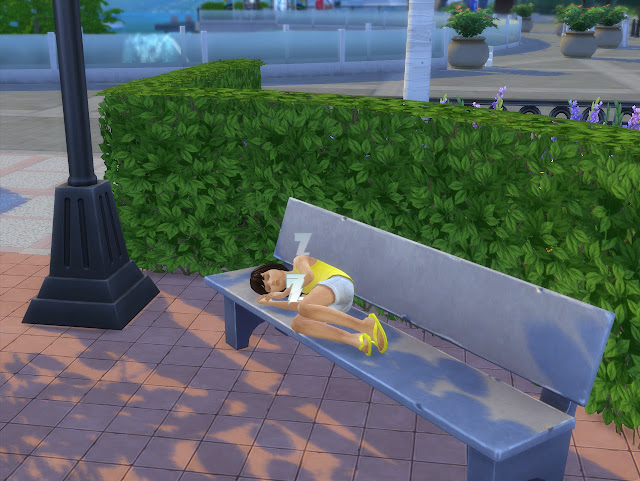 Zora takes a nap at the park while she waits for her parents. 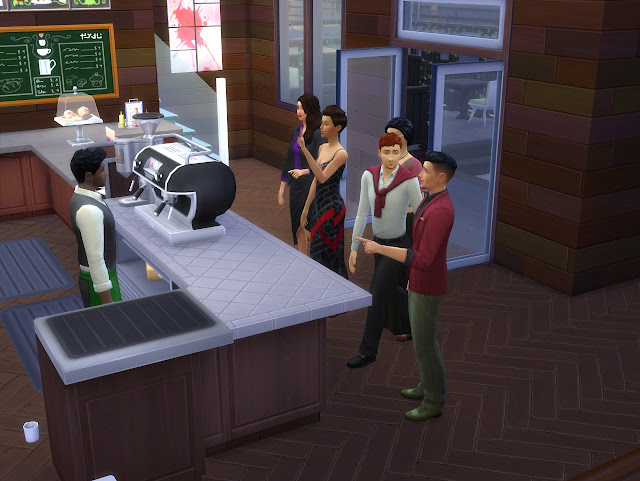 They were going to eat at the little bistro nearby but Rome's parents and Jules's dad are there! 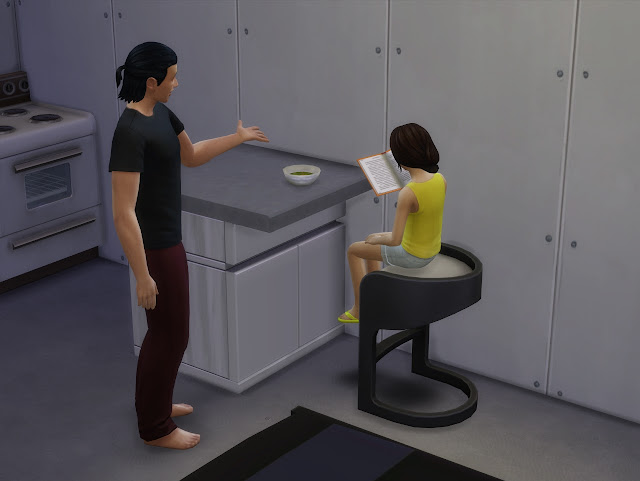 The no-school mod that I got is only for teens so Zora will go to school.  Rome helps her with her homework before bed. 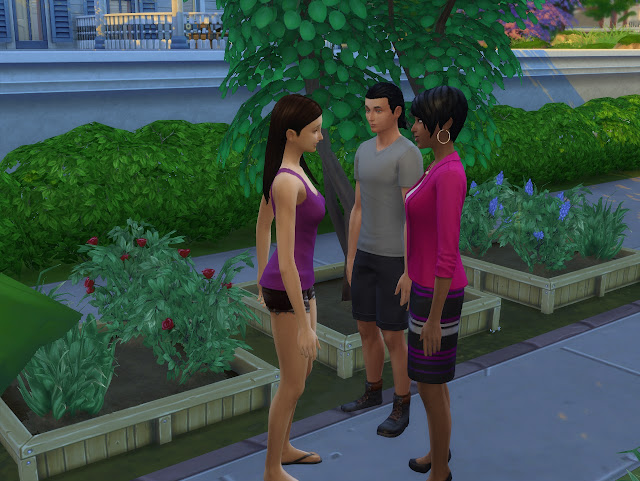 After Zora goes to school in the morning the teens take the growfruit to this lady who gives them special planters and super fertilizer to grow a perfect growfruit with.  Their gardening skill is actually quite high just from gathering. 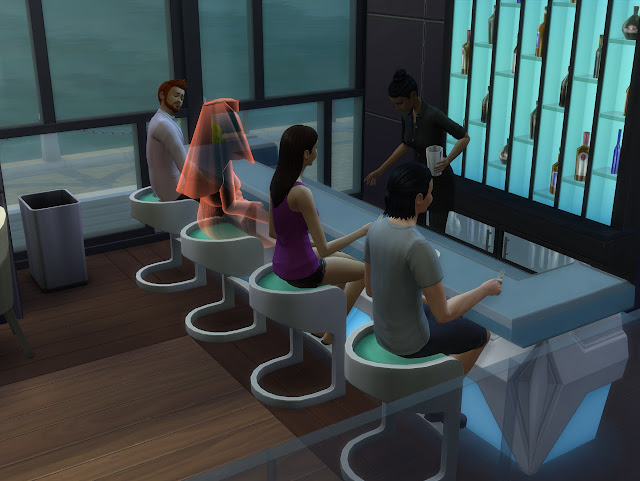 After they get their fertilizer they return to Windenburg to paint and fish then stop at a nightclub to eat.  Juliet's nurse's ghost is there which is super weird.  I'm wondering if this is something to do with Get Together because as they were leaving I saw Lady Capulet's ghost too. 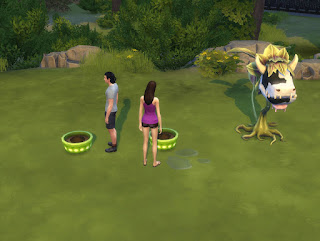 They return home, plant and fertilize their growfruit. 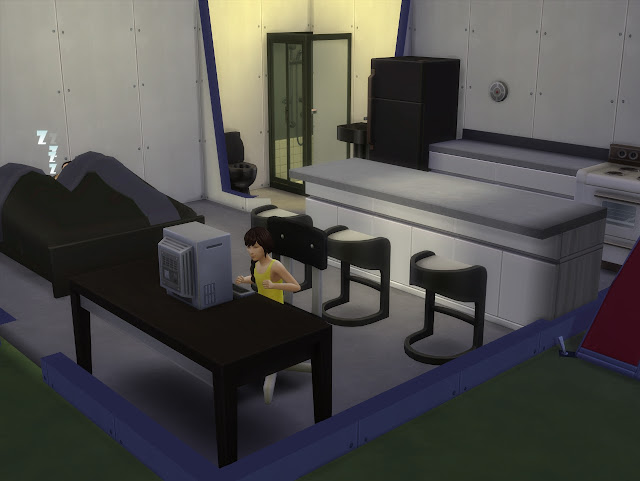 They made so much that day I was able to expand the house and add a computer so that Zora can work on her aspiration.  She sleeps in the tent but she doesn't mind.  She loves the outdoors after all!