TS4- Runaway Teen Lovers Chapter 4: Moving Up in the World 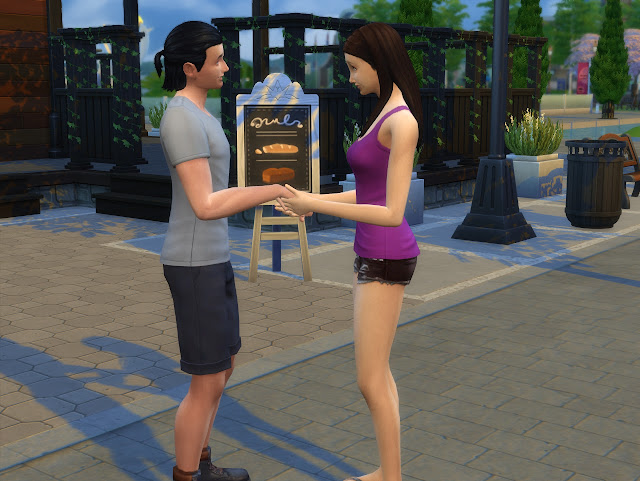 A situation that may have torn two people apart has only made Rome and Jules closer.  Every day after their daughter Zora goes to school they travel to town where Jules paints and Rome fishes. 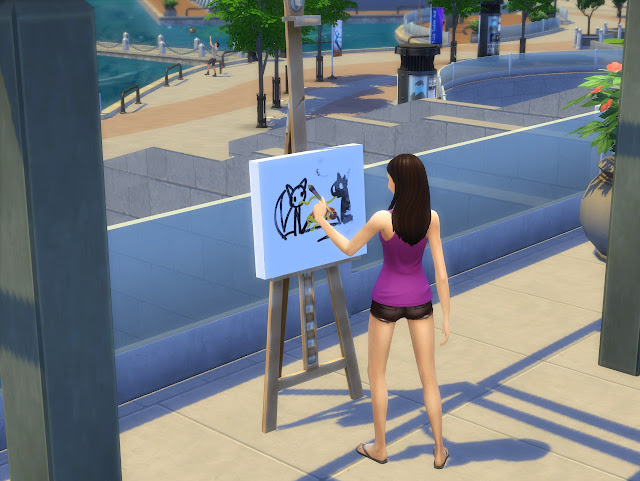 Jules makes a flirty painting.  It's so cute!  You can see Rome fishing in the distance. 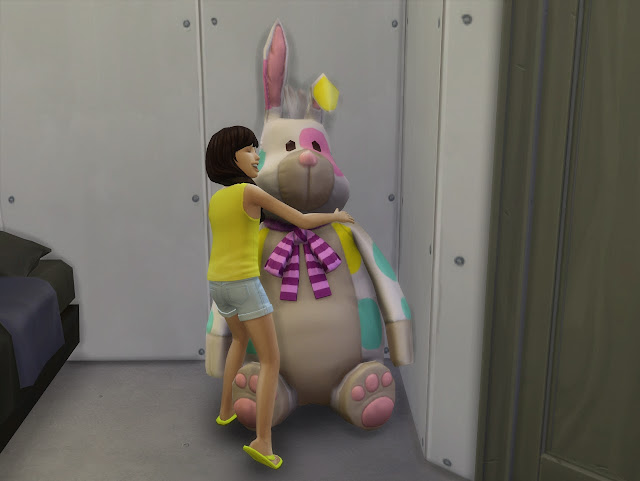 Jules completes the egg collection and Zora gets a new friend. 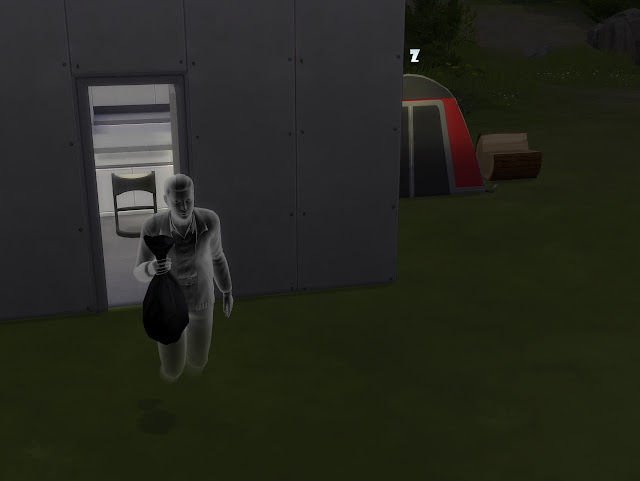 Romeo haunts the house but instead of breaking everything he cleans. 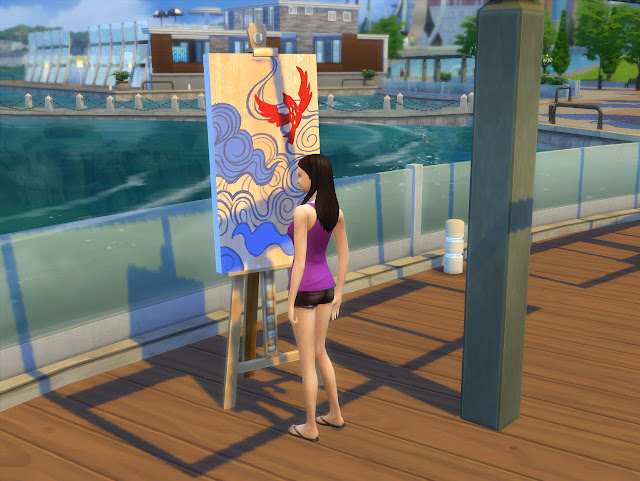 The next day Jules paints a masterpiece worth $1,700! 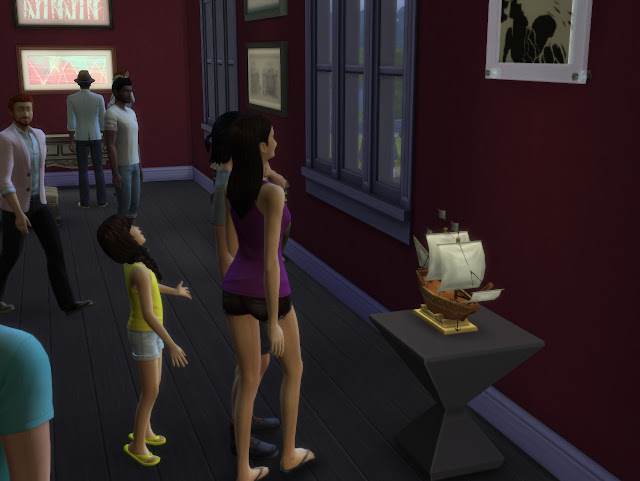 The family goes to the museum in Willow Creek so that Jules can get ideas and hopefully make more masterpieces. 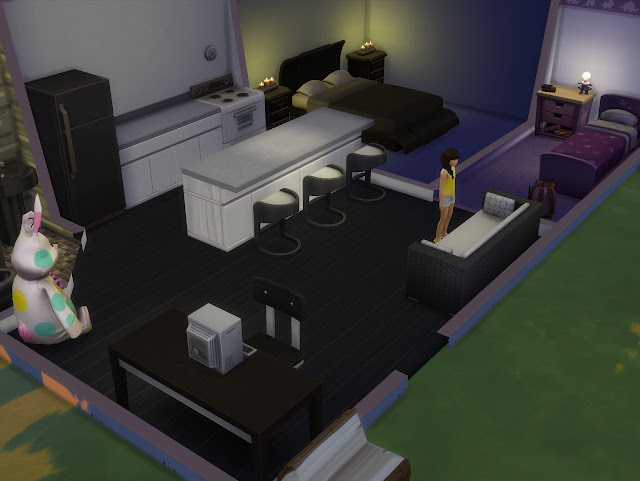 They get an add-on to the house with bedrooms for everyone, paint, flooring and a new couch. 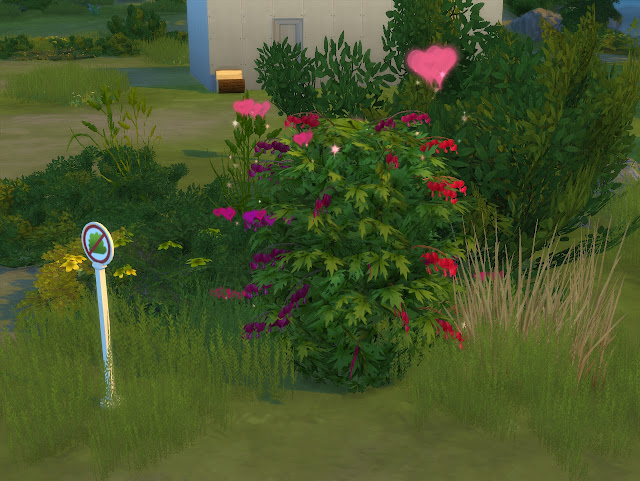 Rome wants to whoohoo in the bush for old times sake after Zora leaves for school. 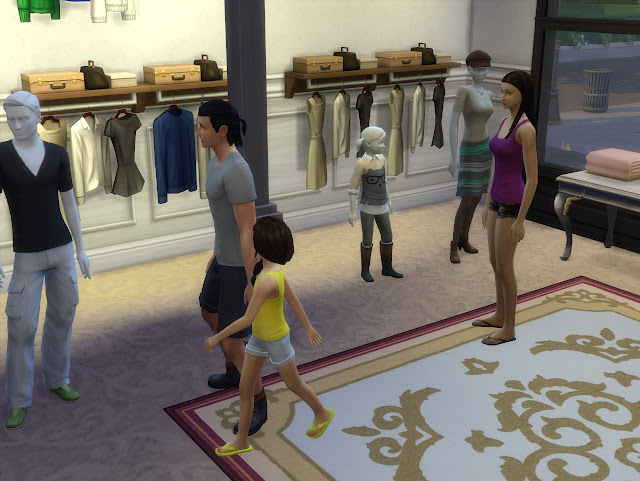 When Zora gets home the family goes shopping.  Mom did well on her paintings today and they decide they need better clothes so they don't look so out of place in town.  While they're there they pick up some wedding rings as well. 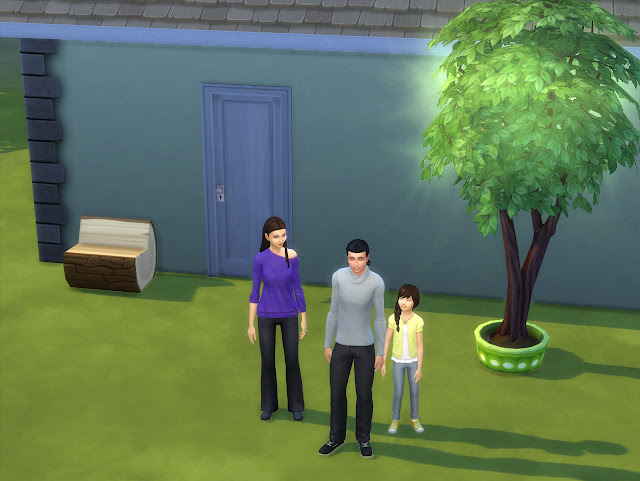 They even have enough left over for the outside of the house.  Looking snazzy. 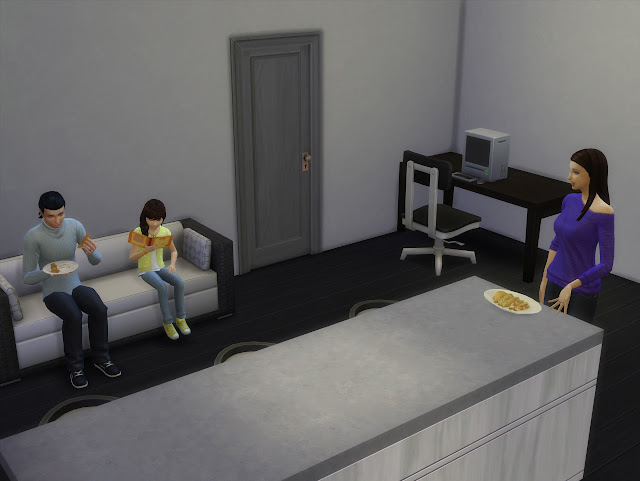 They were so domestic I had to take a pic. 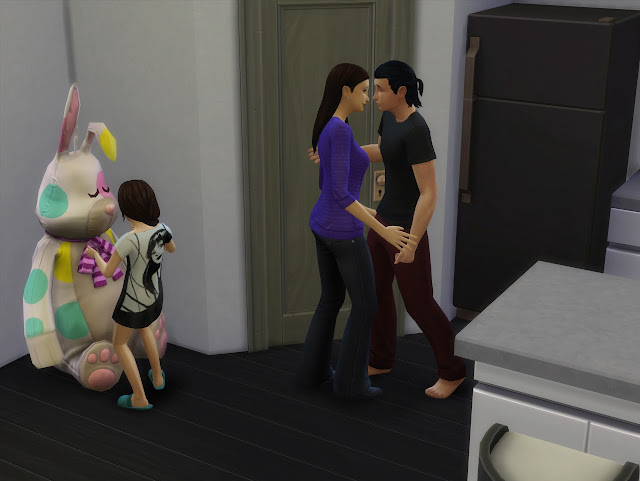 A morning kiss before a day of fishing and painting. 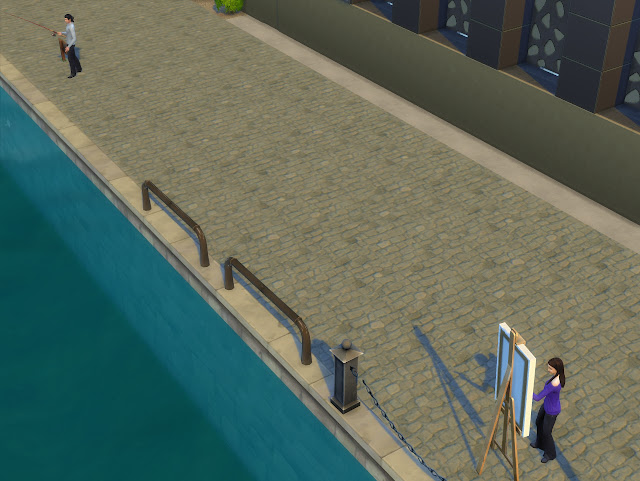 I finally found a spot they can be close to each other.  They're both in the last parts of their aspirations. 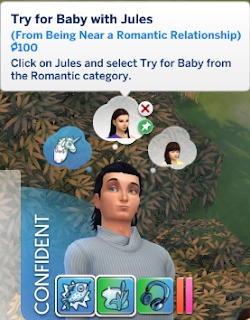 Just before I saved the game I saw this.  Now, I've been following almost every one of their whims through this challenge but I had only planned for them to have one baby... we'll see.