Lyla spent her day gathering despite it being her 3rd trimester.  The need to gather never really goes away.  The next day there was still no baby so Lyla stayed home and painted. 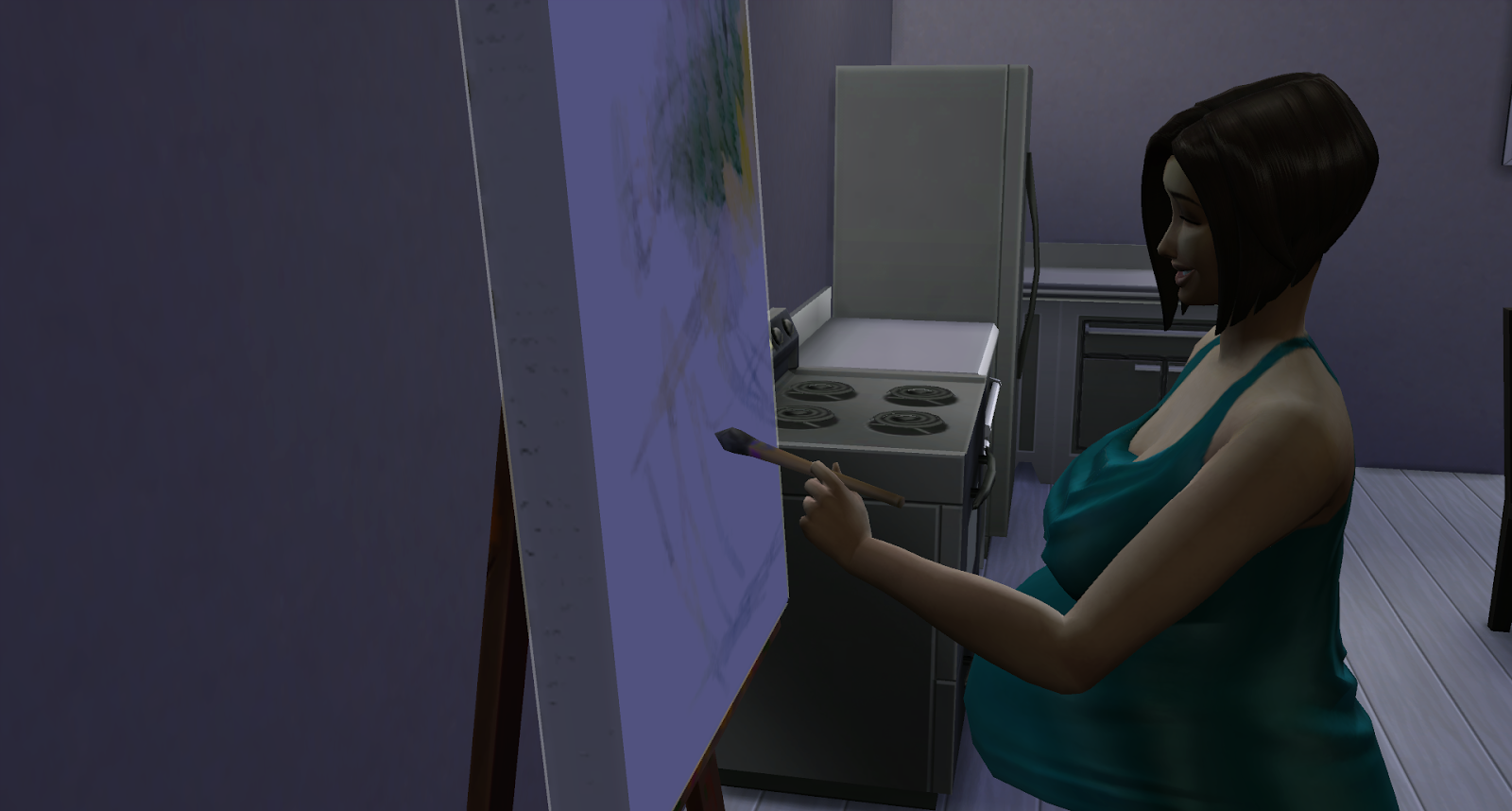 Then she went into labor. 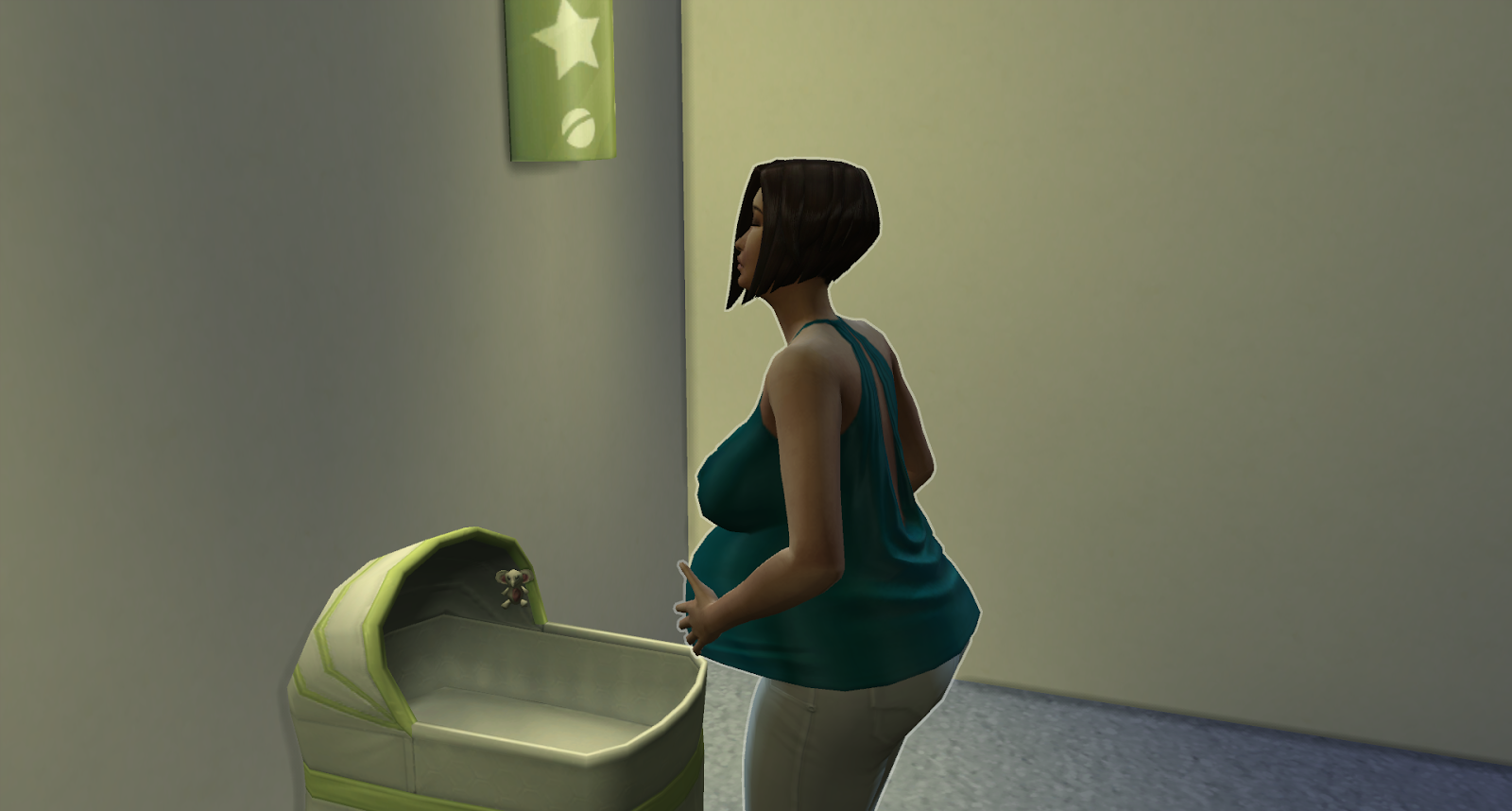 She had a baby boy and named him Cory. Lyla sure did put on some baby weight!  While looking at the rewards store for the inta-lean I noticed the Marketable reward and got her that instead.  She'll be staying home with the baby painting more now so it's good if her paintings make more simoleans.  Rez was promoted again.  He got to choose the chef branch so no more learning mixology. 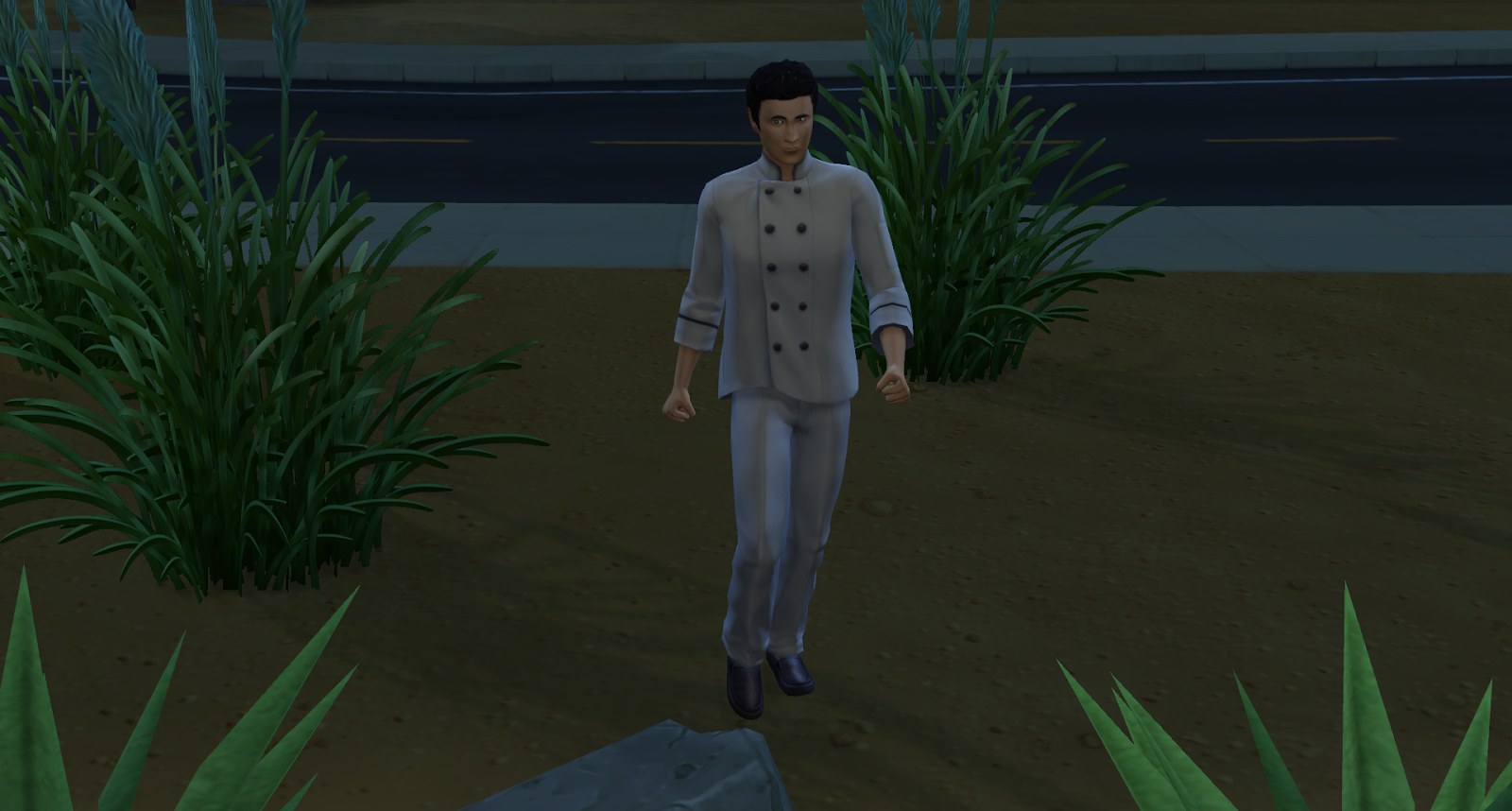 Rez needs 5 friends for his next promotion he invites over some people to up his friendships.  Even with the new addition to the house the bills were only $549.  Lyla completed part 3 of her Angling Ace aspiration. I decided to buy a treadmill.  Rez is active so he'll use it a lot and Lyla needs to lose some weight.  While I was at it I decorated Cory's room and bought him an art table. 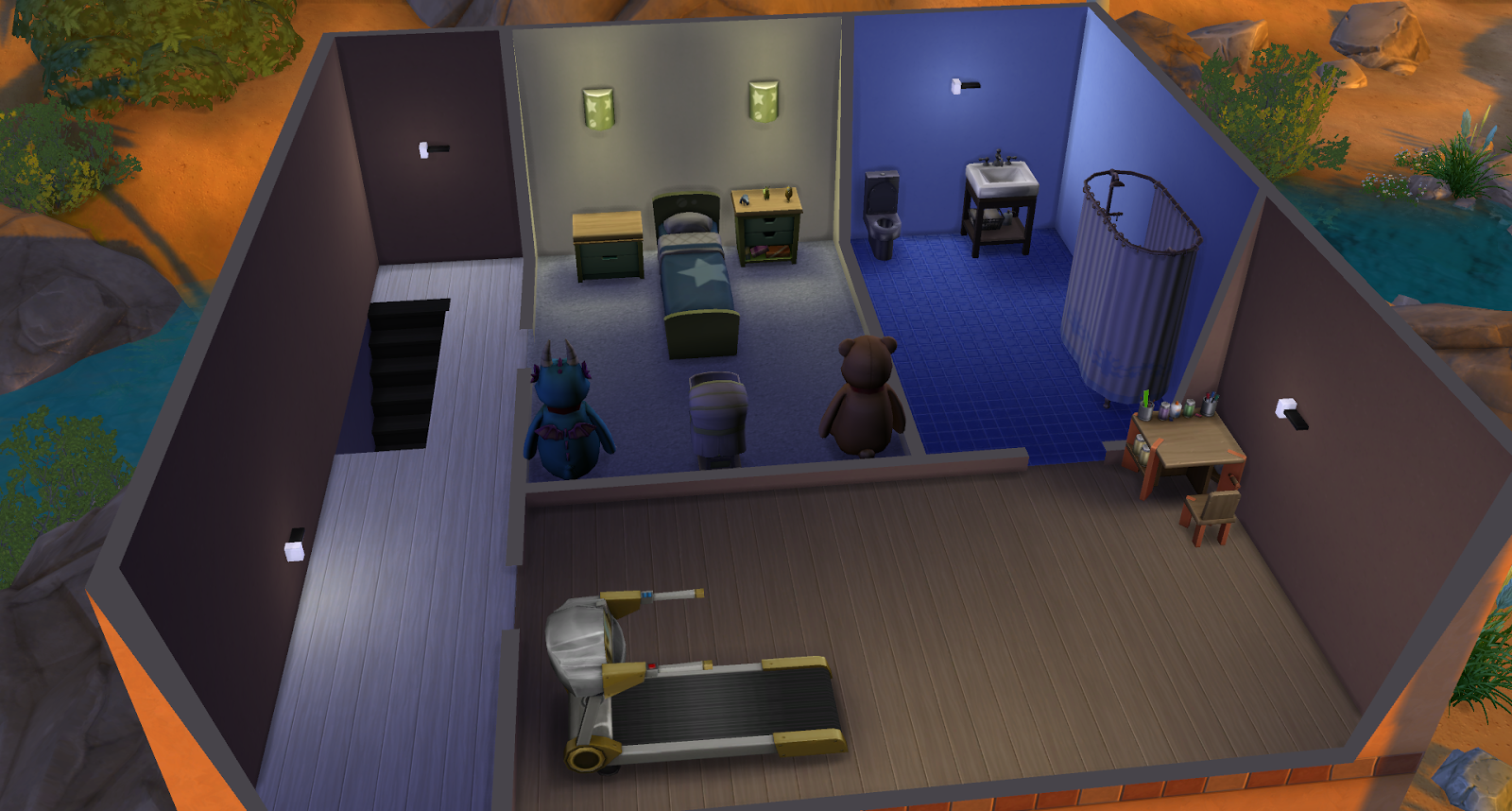 Rez completed the 1st part of his Master Chef aspiration.  Finally no more grilled cheese!  Cory aged up to a child.  I gave him the Artistic Prodigy aspiration and loves the outdoors trait since both his parents have it. 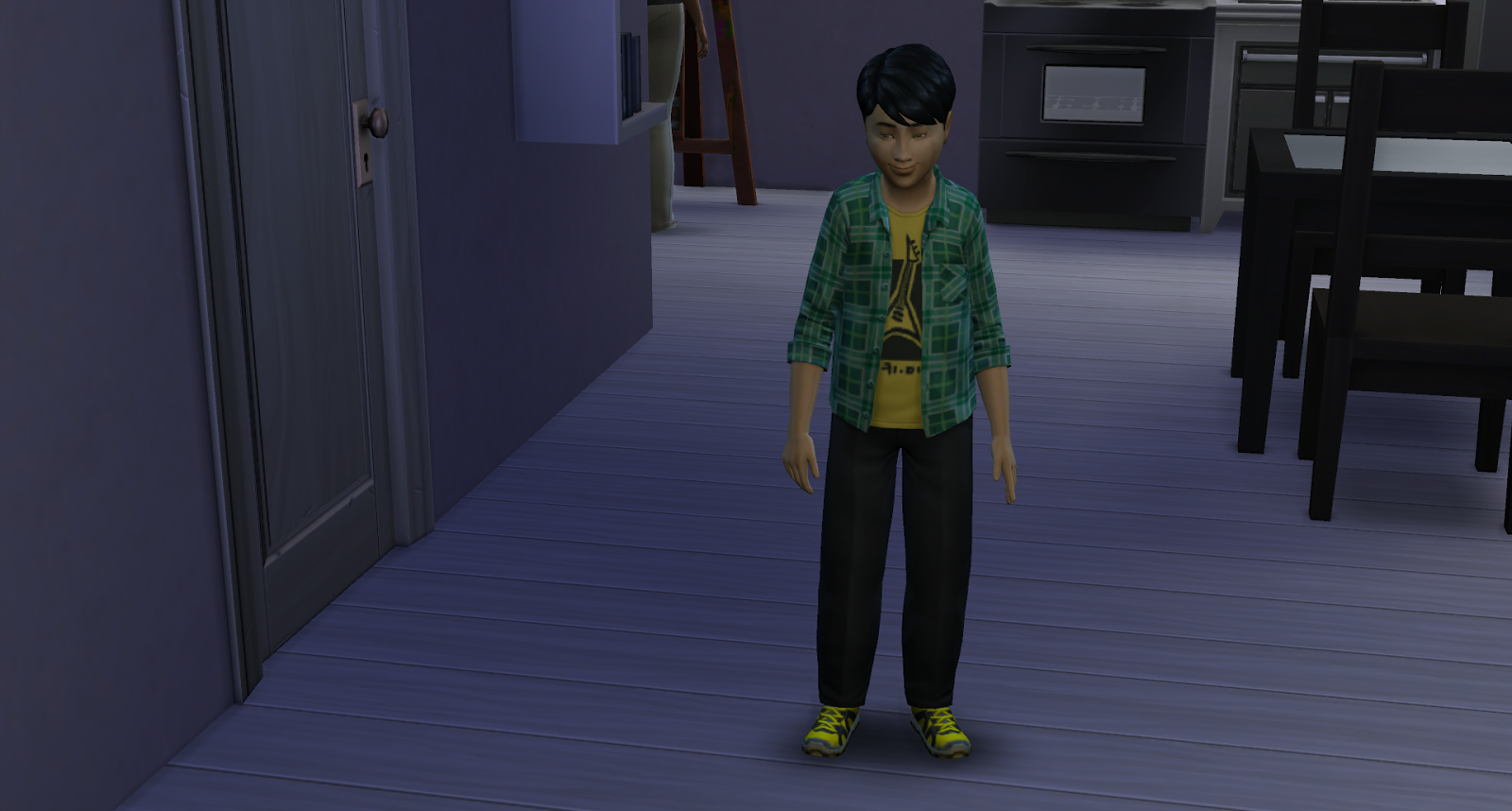 I had to change his clothes, the ones he had on were terrible.  Isn't he a cutie?
Posted by Rainy at 11:49 AM