As you might remember in my last post I had just built an empty top floor on the house.  I want Lyla and Rez to have a baby and need more space.  But building supplies aren't cheap.  Lyla spent her day gathering and fishing while Rez spent his studying mixology for work.  The next day Rez's mother comes to visit.  I want to keep their relationship high in case he needs friends for work someday. 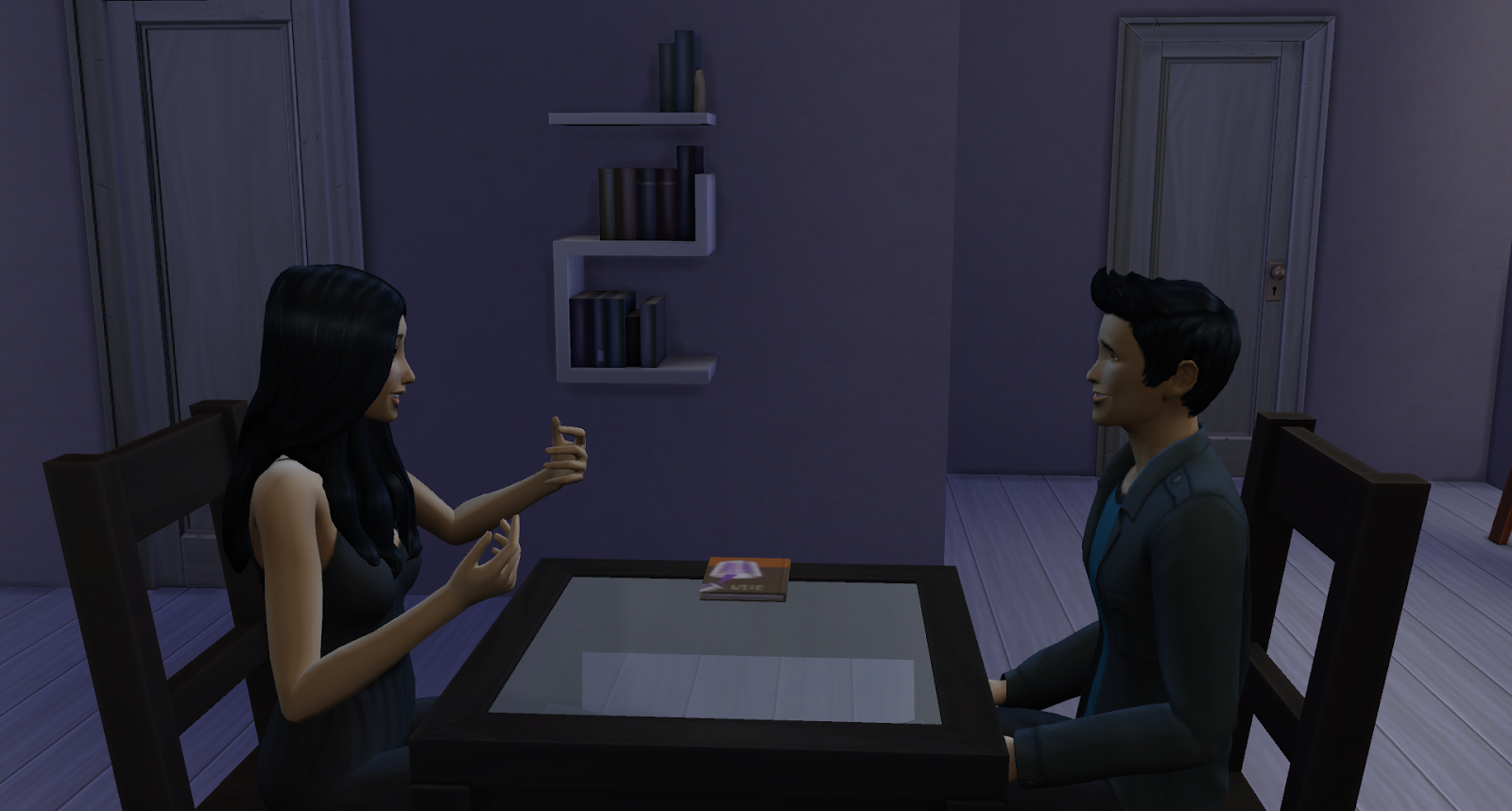 Then after awhile of chatting Rez's father comes to visit so of course Rez chats him up too.
I thought I had a pic of Rez's Dad but it's not in my files.  Weird.  After they leave Rez gets back to studying mixology.  Lyla made enough gathering the last few days to put up walls, doors, and paint upstairs. 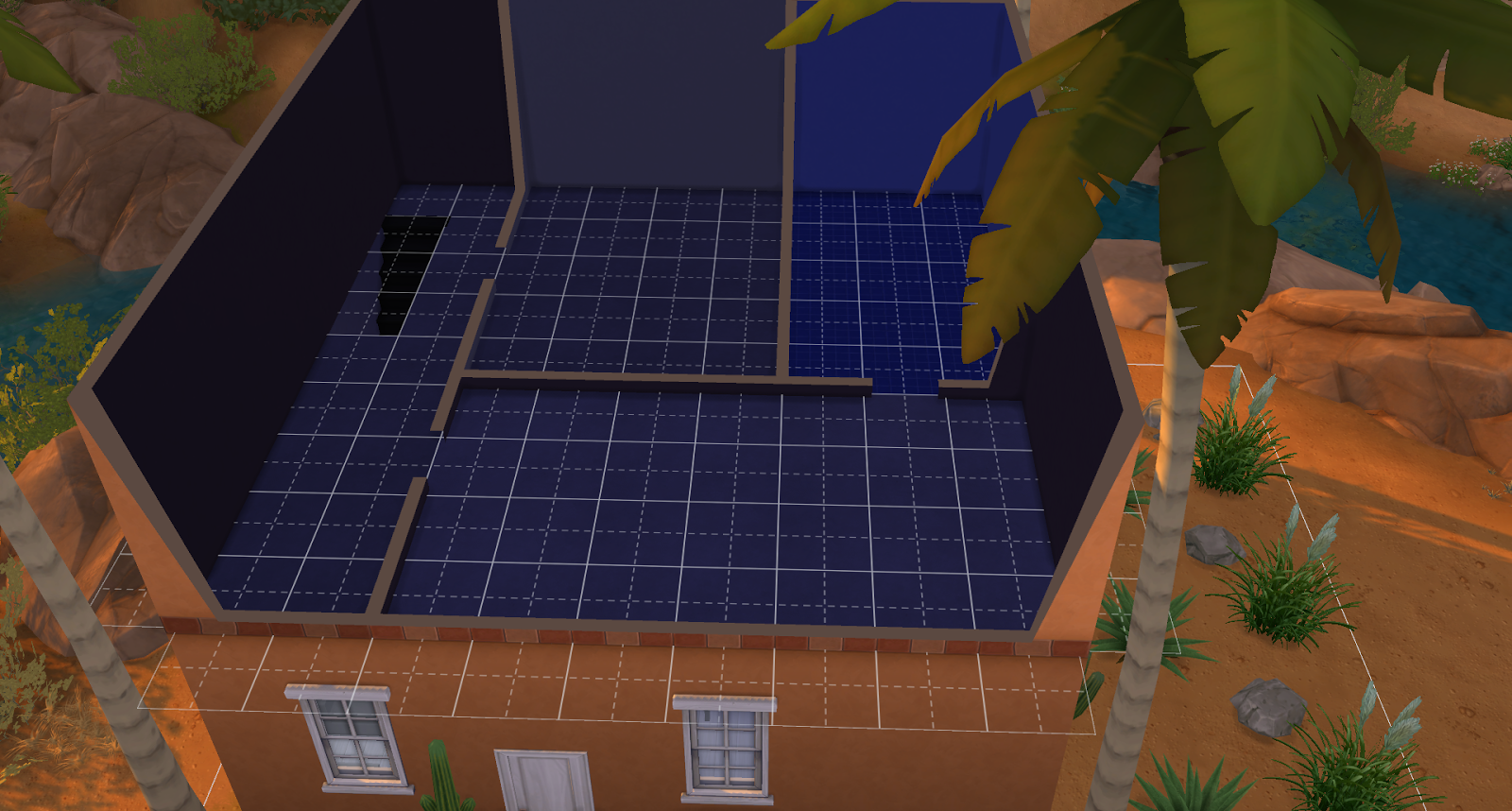 The next day Rez and Lyla become best friends and then he proposes to her. 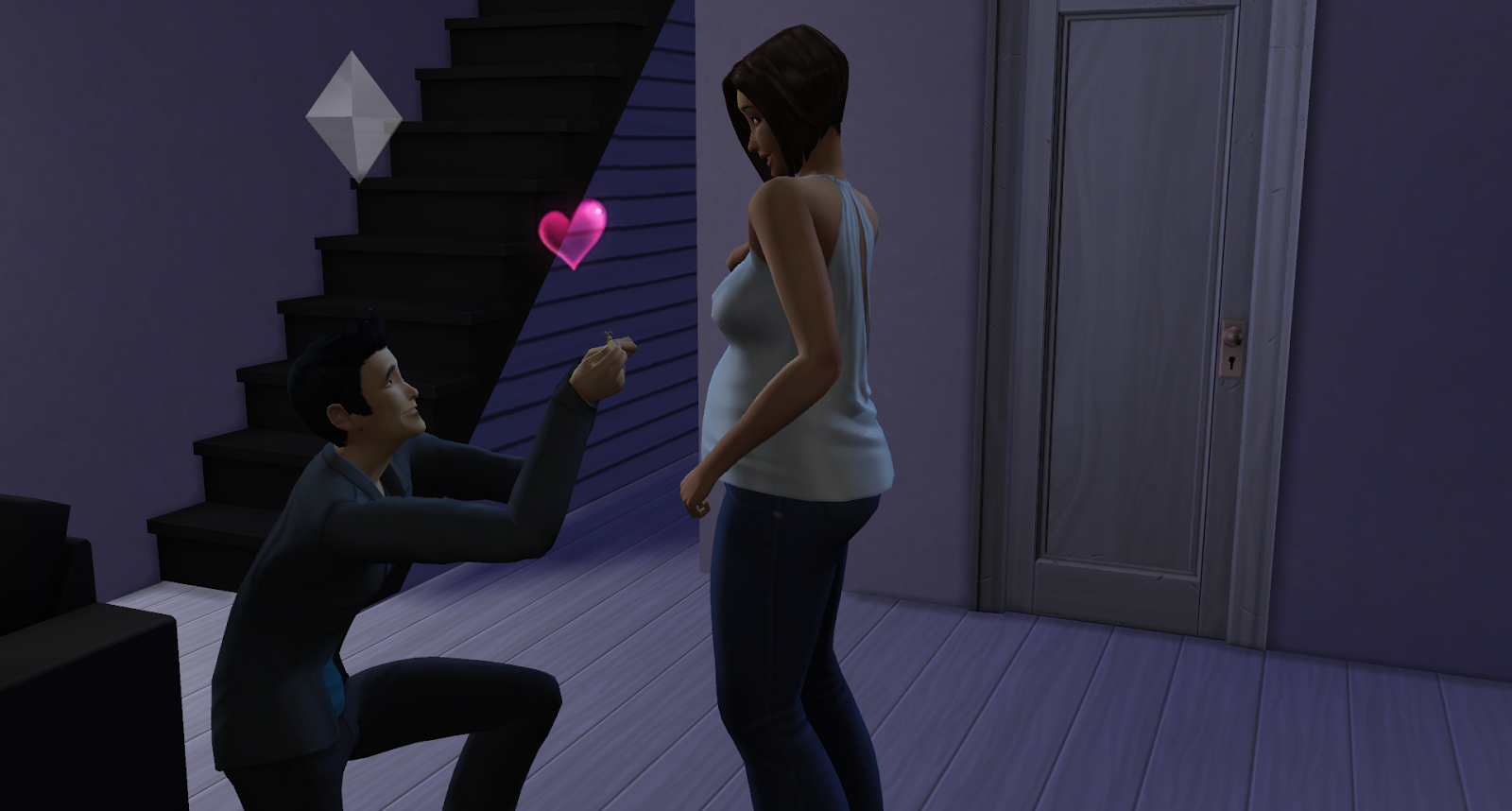 They elope immediately since they don't have money for a real wedding. 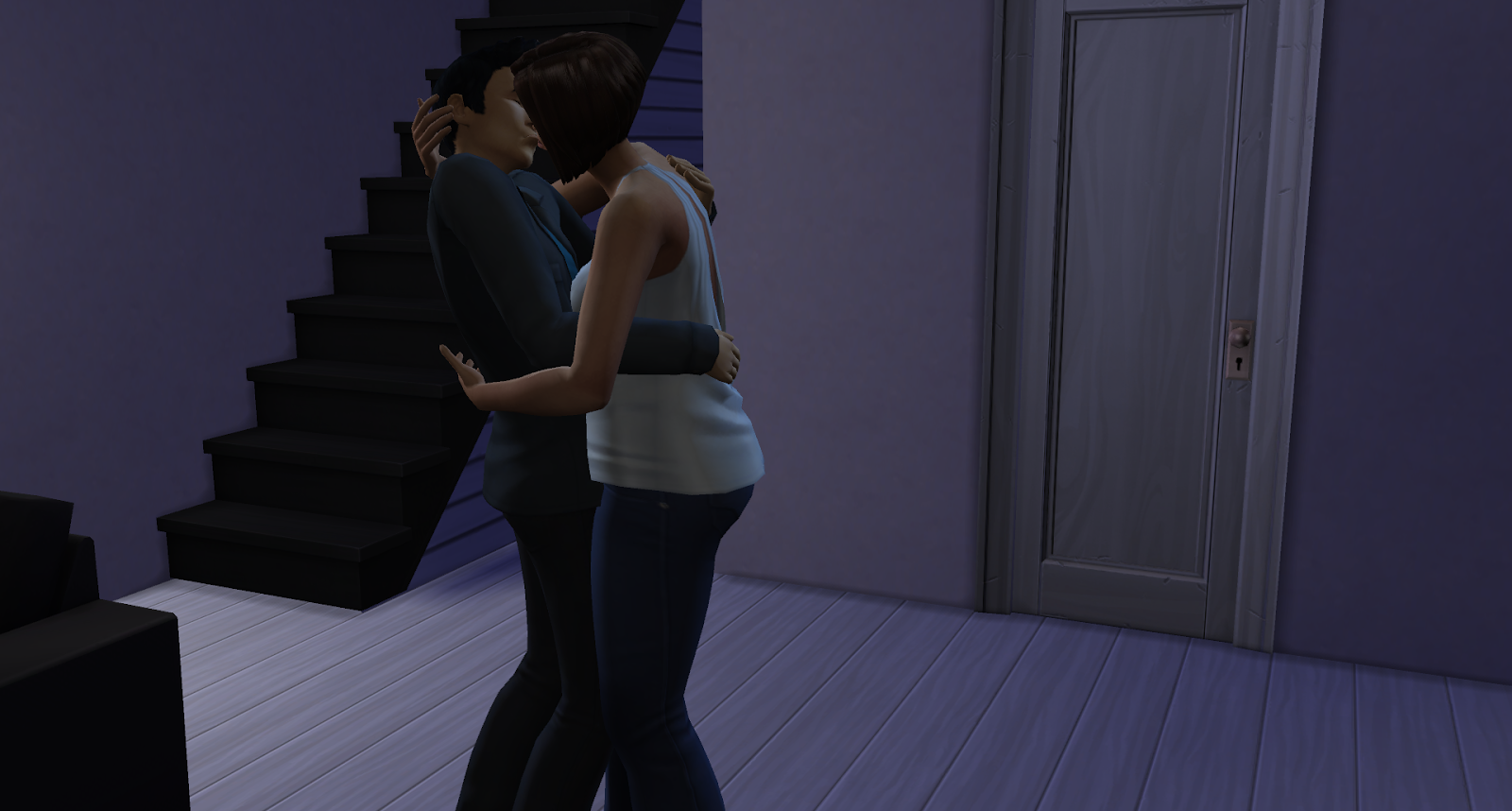 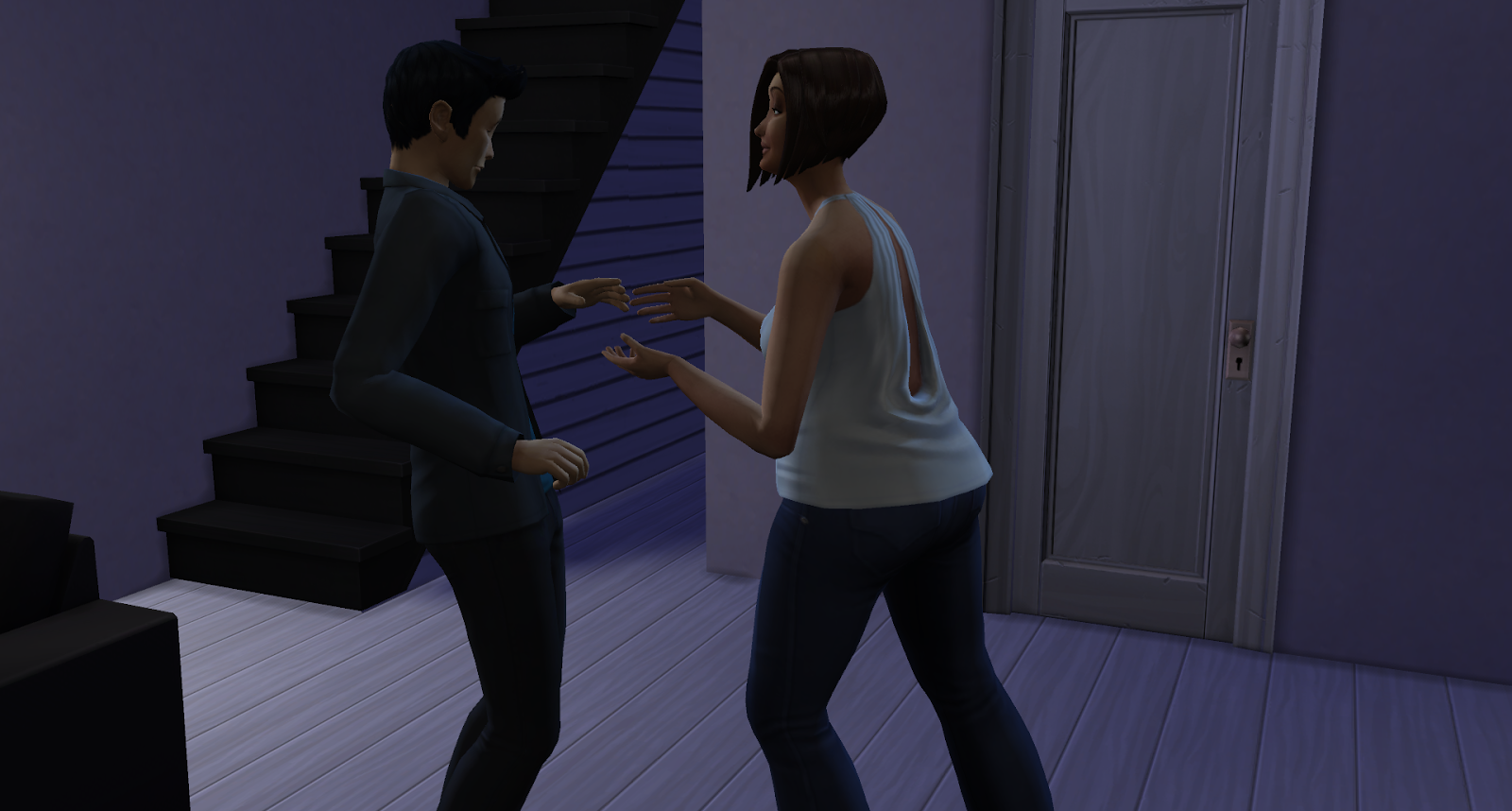 The next day is like all the others.  It gets kinda boring.  Lyla collects while Rez studies mixology.  But it pays off because Rez gets a promotion at his job.  With his bonus plus what Lyla made collecting and painting I'm able to make more progress upstairs. 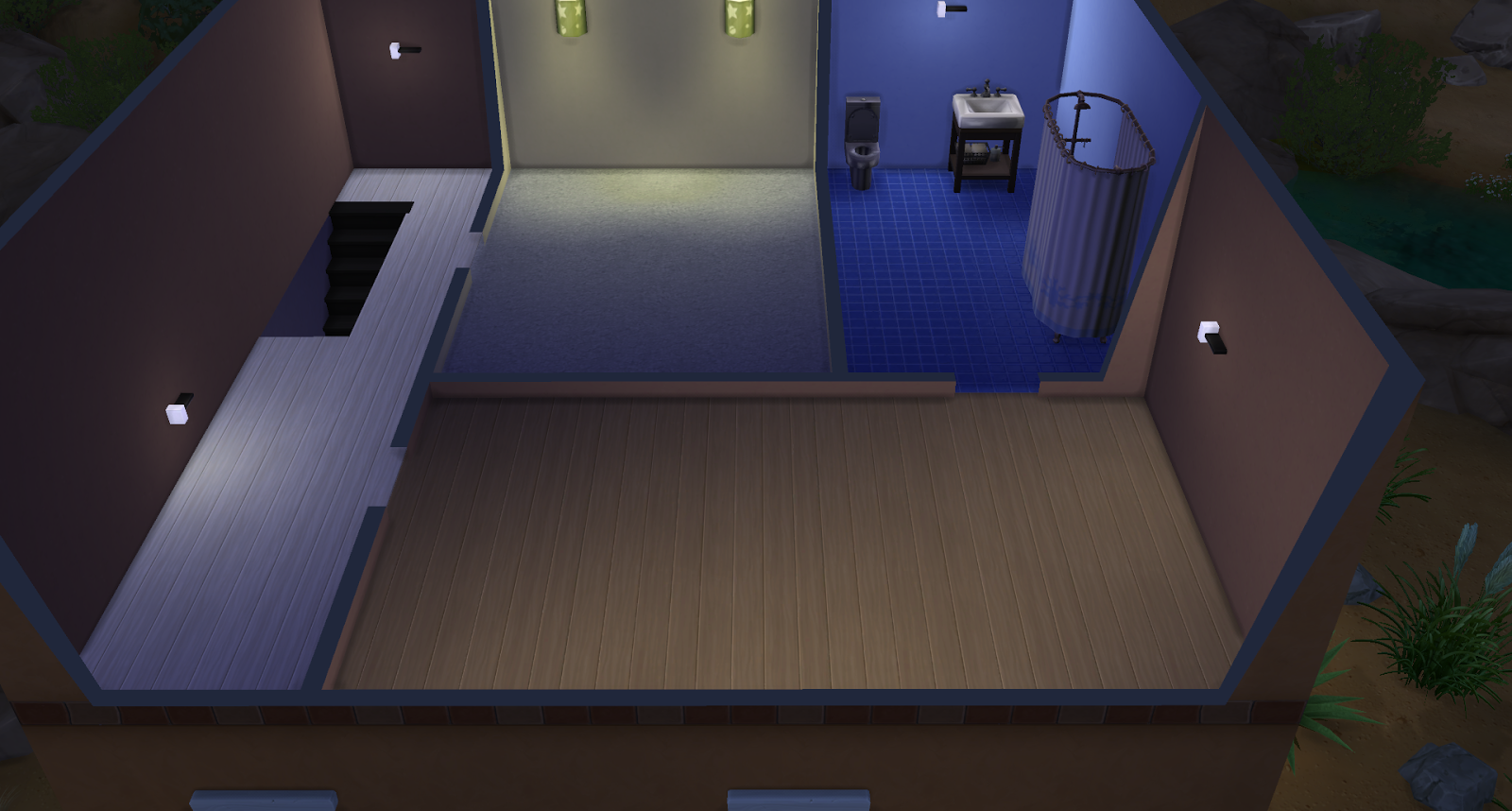 The next day they try for baby and Lyla is pregnant on the first try! 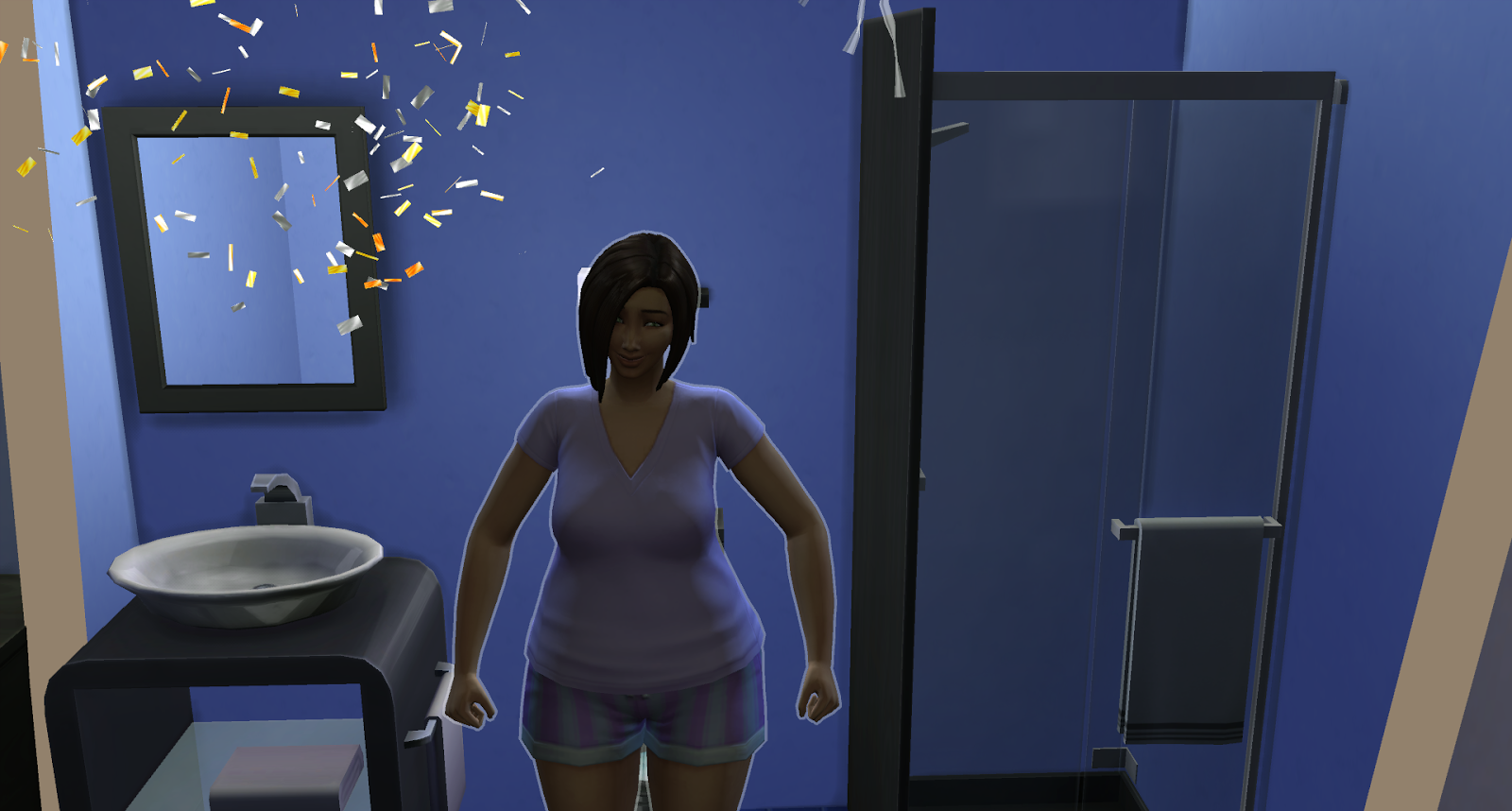