I've been thinking about it and in a mushy way it seems fated that Lyla met Rez on her 1st day.  How ironic that he was doing his homework at the park?  He has been her main source of social through all of her teen years.  So I decided to get them together.  The funny thing is that when I loaded the game he was standing there behind Lyla. 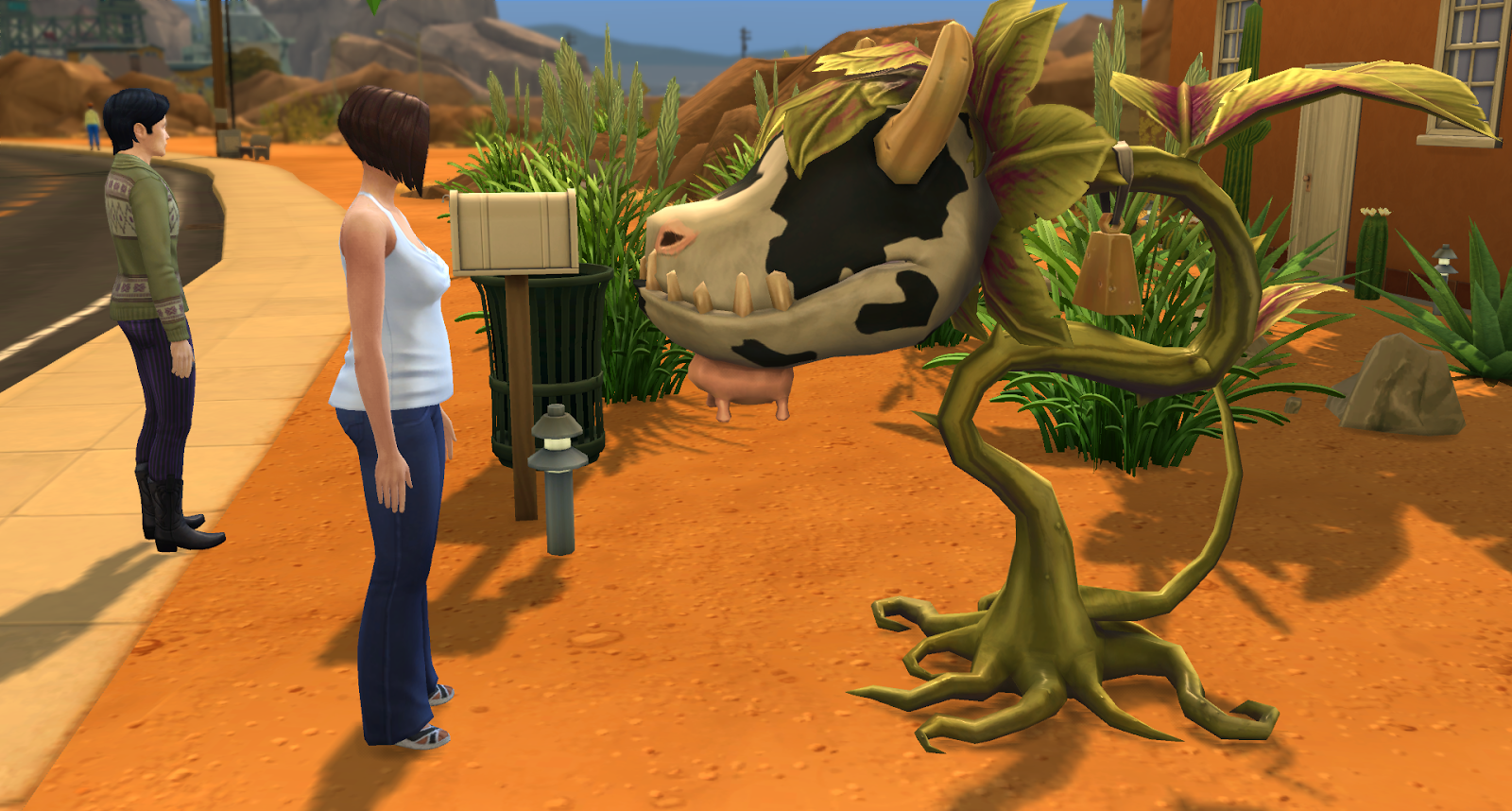 Romancing didn't go well at all so I had her ask him to move in instead.  Rez's aspiration is Friend of the World which I hate so I think I'm going to change it.  I'm so used to playing a legacy where you aren't allowed to change the aspirations.  I gave him a bit of a makeover after he moved in. 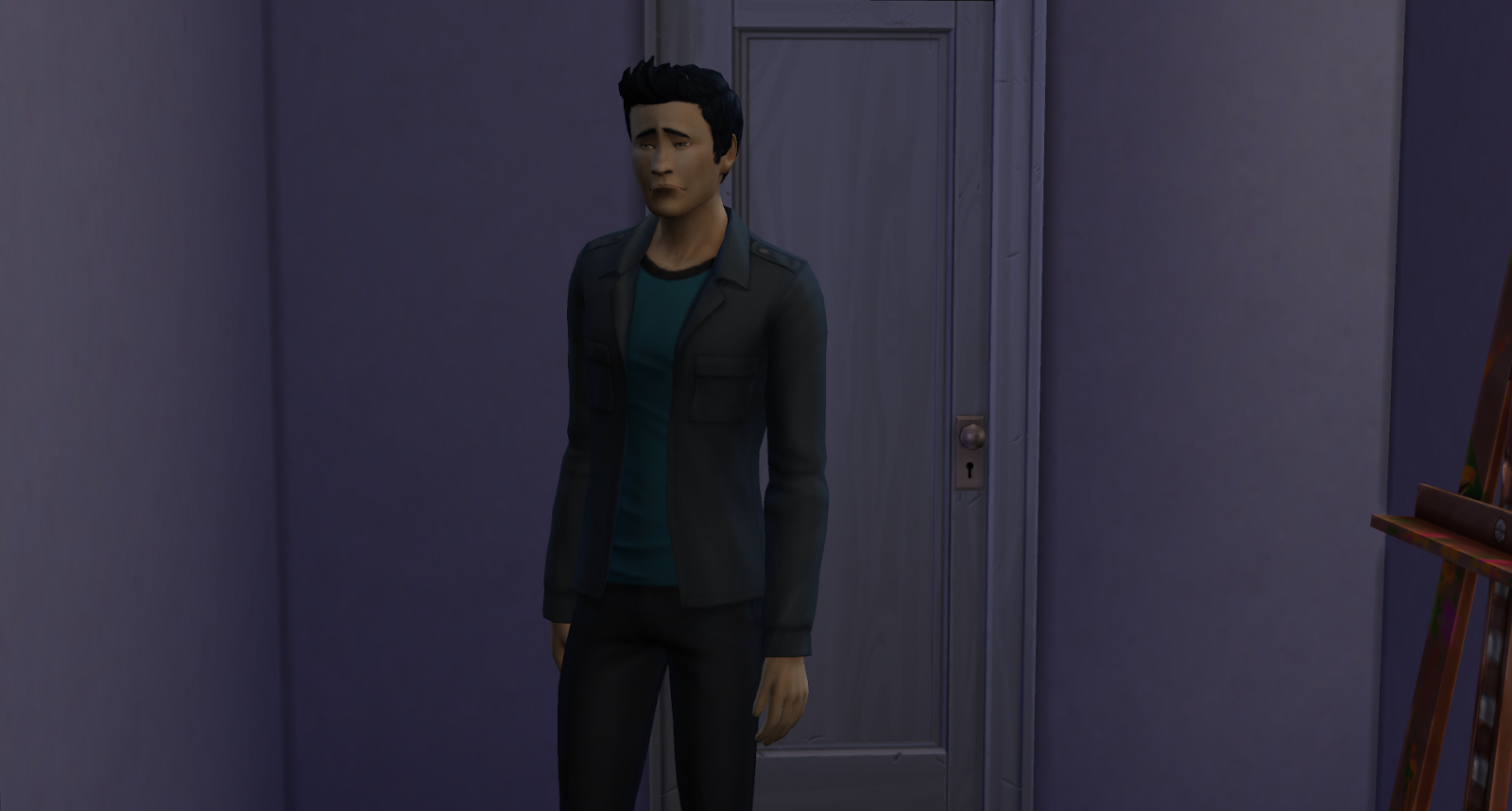 I got him a job in the culinary career because it doesn't require a computer or lots of traveling.  Then I realized that if Rez and Lyla weren't boyfriend and girlfriend they couldn't sleep in the same bed.  So I had Lyla buy 2 fliry potions from the rewards store. 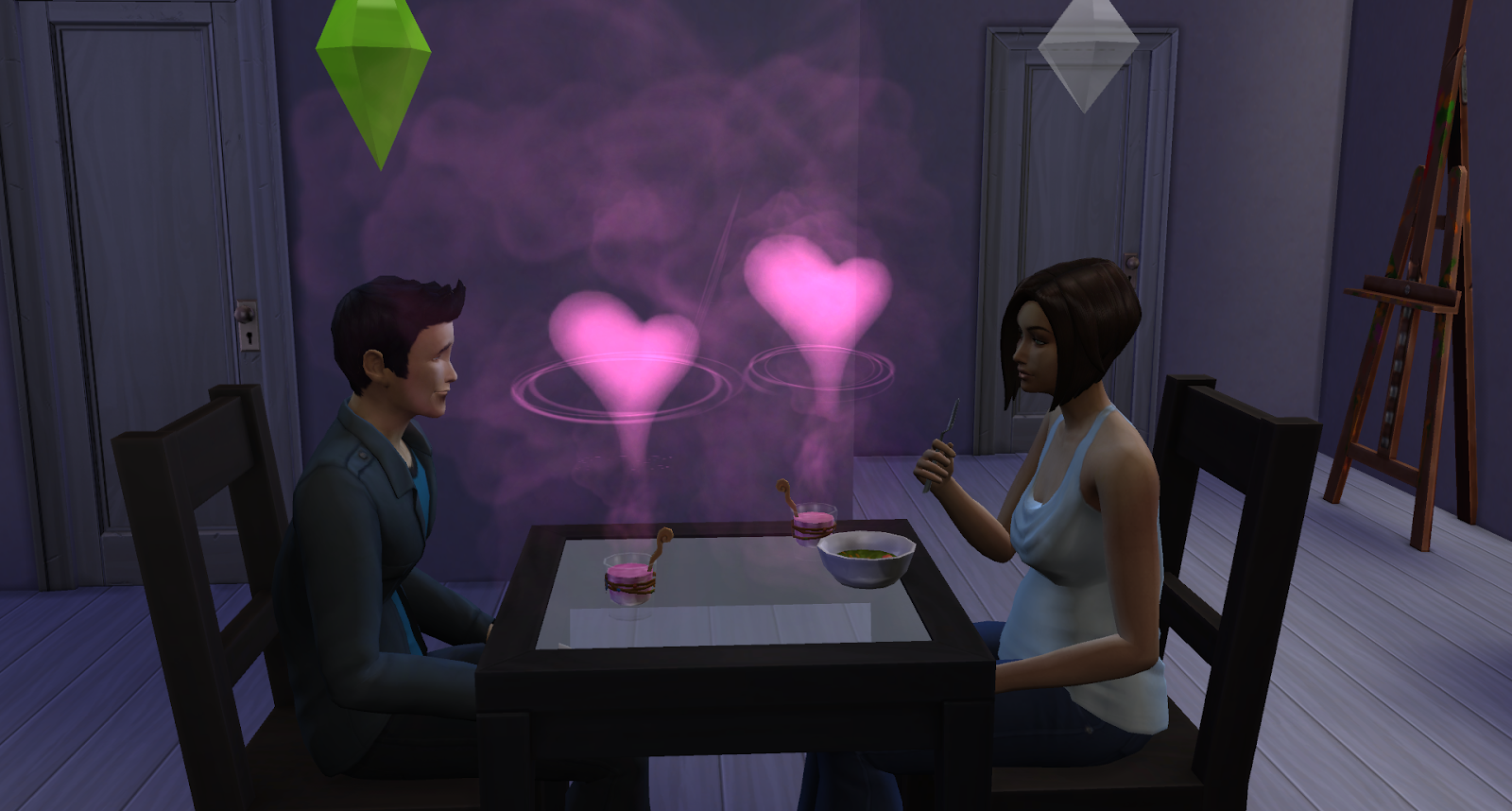 It was easy to get them flirting then!  I've used this method a couple of times with my legacy too. 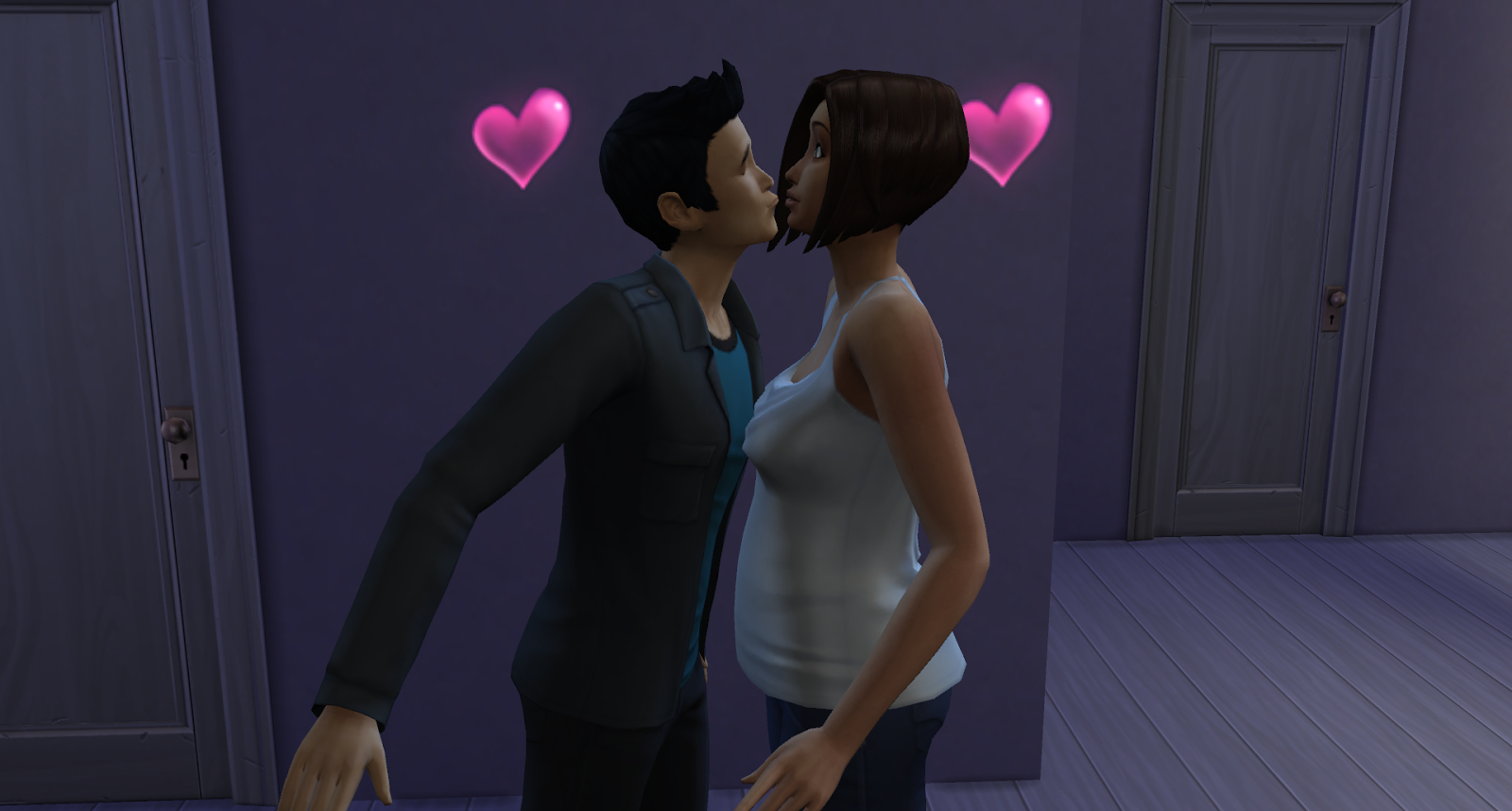 They had their first kiss and Rez asked Lyla to be his girlfriend.  She said yes and problem solved.
The next day I had them collect around the area then Lyla fished while Rez hung around the house and fixed the broken sink.  After Rez left for his first day at work Lyla painted the rest of the day.
The next morning I realized that the cowplant had died.  I'm so disappointed.  I've read that they die easily so you have to feed them a lot and I must have forgotten to feed him. Rez got a promotion the night before so they got new counter-tops.  Now he has to level his mixology skill for work so I bought a bookshelf and got him the mixology book.  Lyla went collecting and fishing while he read. 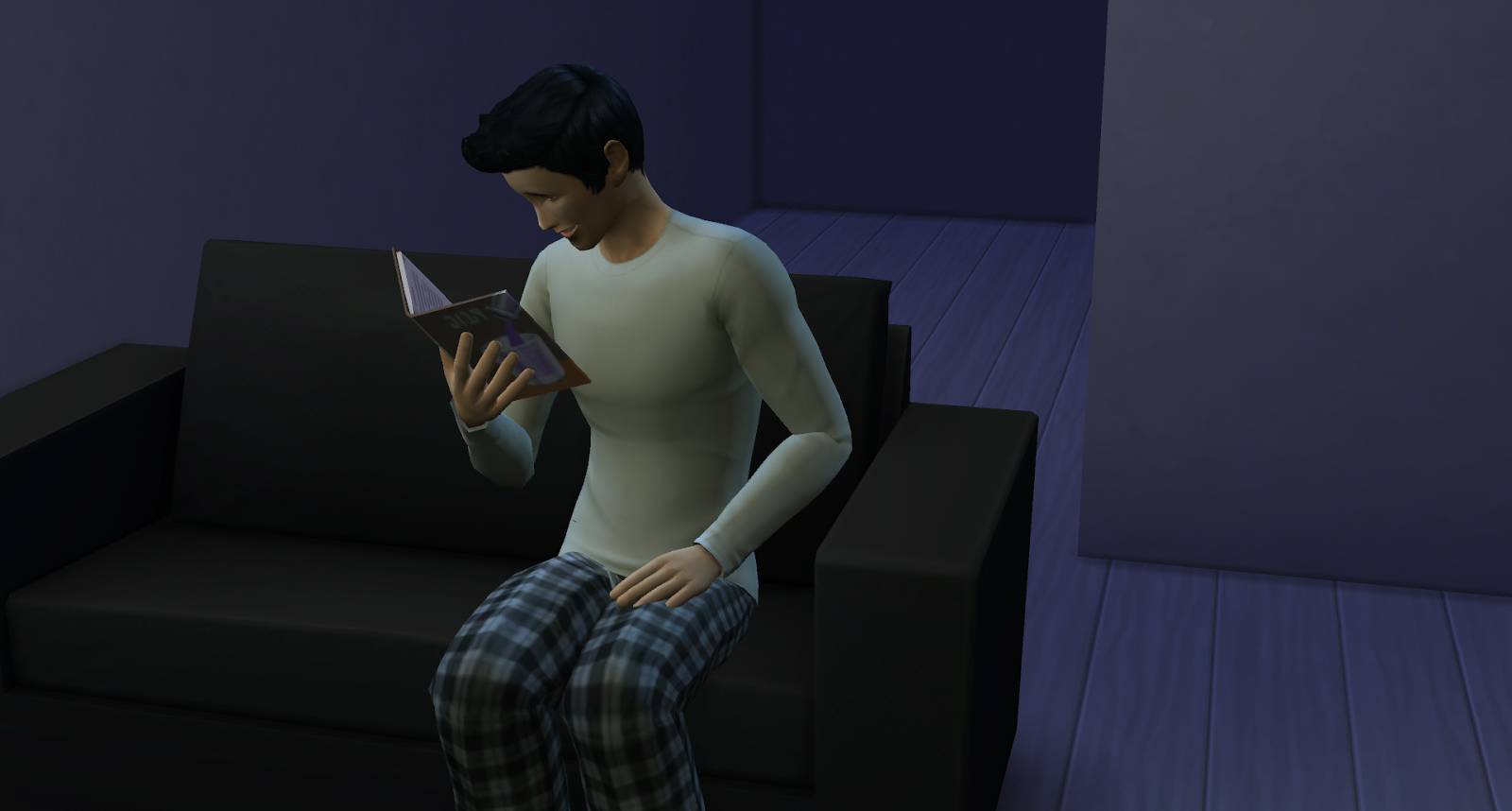 He didn't level enough to get a promotion that night and now he has 3 days off to level it higher.  I changed his aspiration to the cooking one to go with his job.  The bills were delivered and were only $327.00.  I decided to add a second floor to the house but ran out of simoleans really quick.  I'd like for them to have a baby soon and I need to make room. 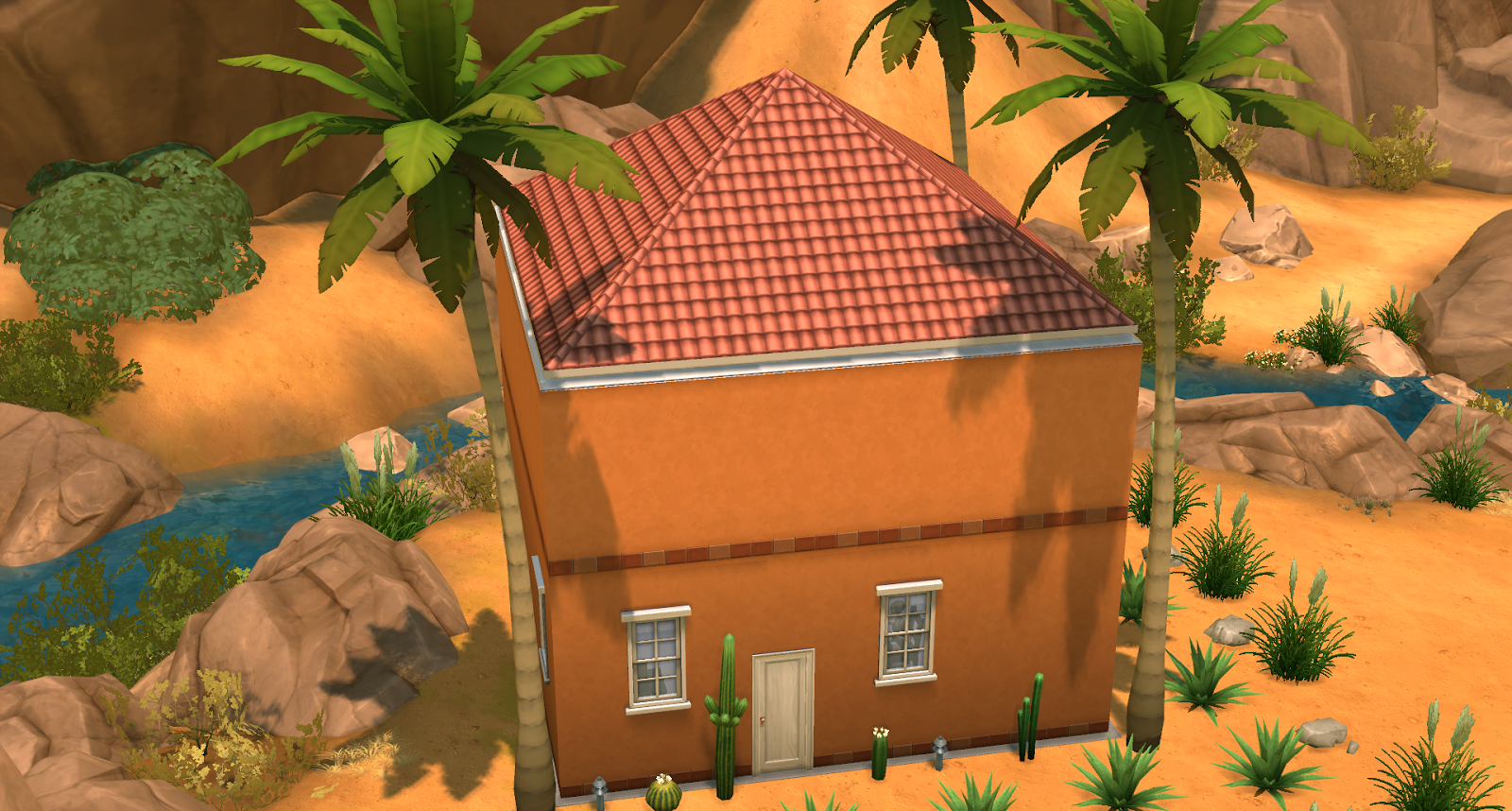 I still haven't decided if I want to get Lyla a job or just have her make money off of collecting and painting.  She does pretty good off of collecting so I think I'll just keep her doing that for now at least.  Now they need to make enough money to build rooms upstairs and get ready for a baby.
Posted by Rainy at 10:29 AM