When we left off Lyla had a completed home 1 day before her birthday to young adult.  She spent her last day as a teen collecting and fishing as usual.  Keeping her needs up is so much easier now that she has her own place.  I haven't had to travel in days.  I got her a new tv hoping it would up her fun faster but it doesn't seem to make much of a difference. 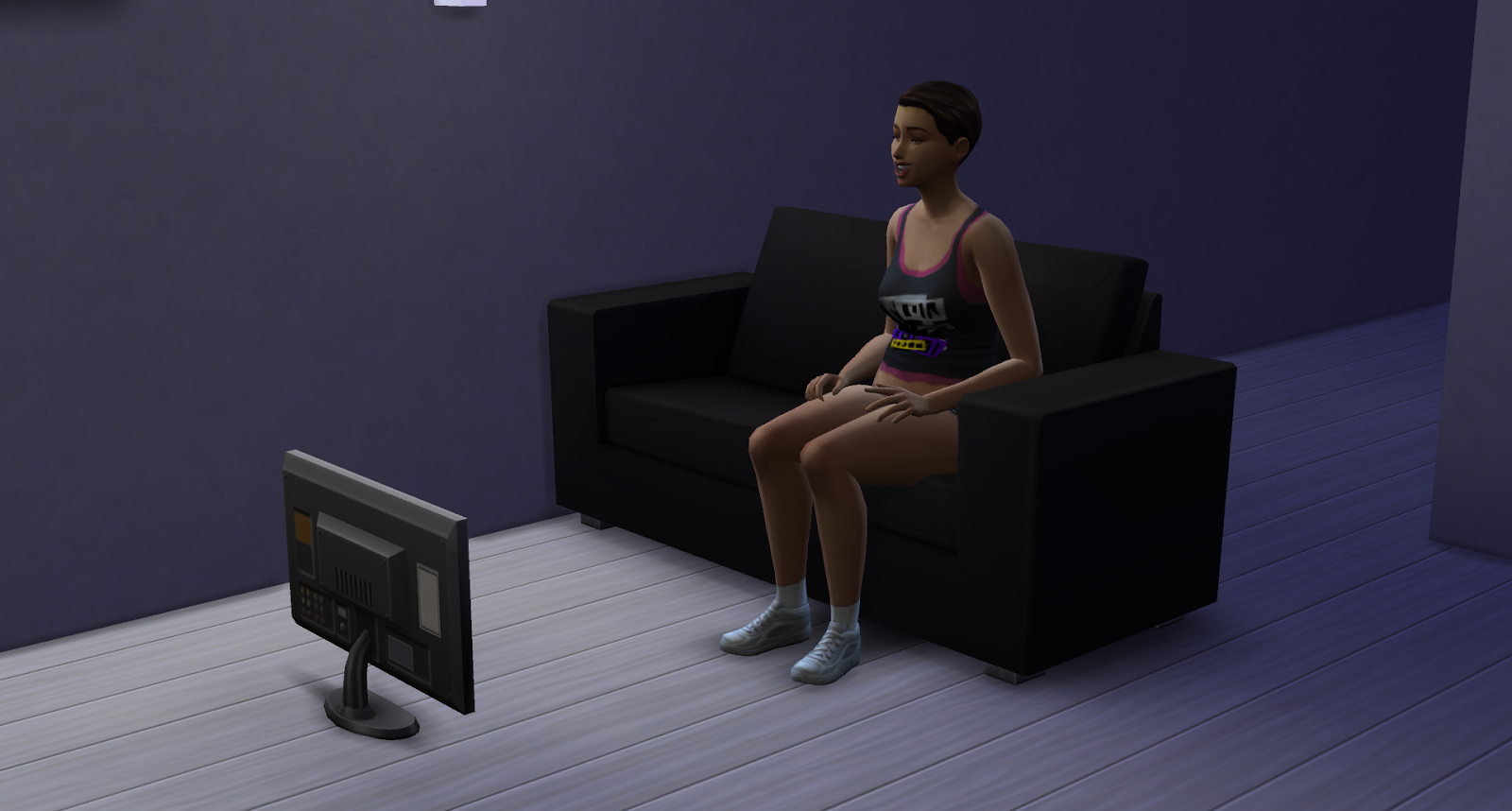 Once her fun was up I sent her fishing again and she completed the 2nd part of her Angling Ace aspiration.  The next day she used her oven for the first time to bake her own birthday cake.  I was worried she'd burn down the house, lol. 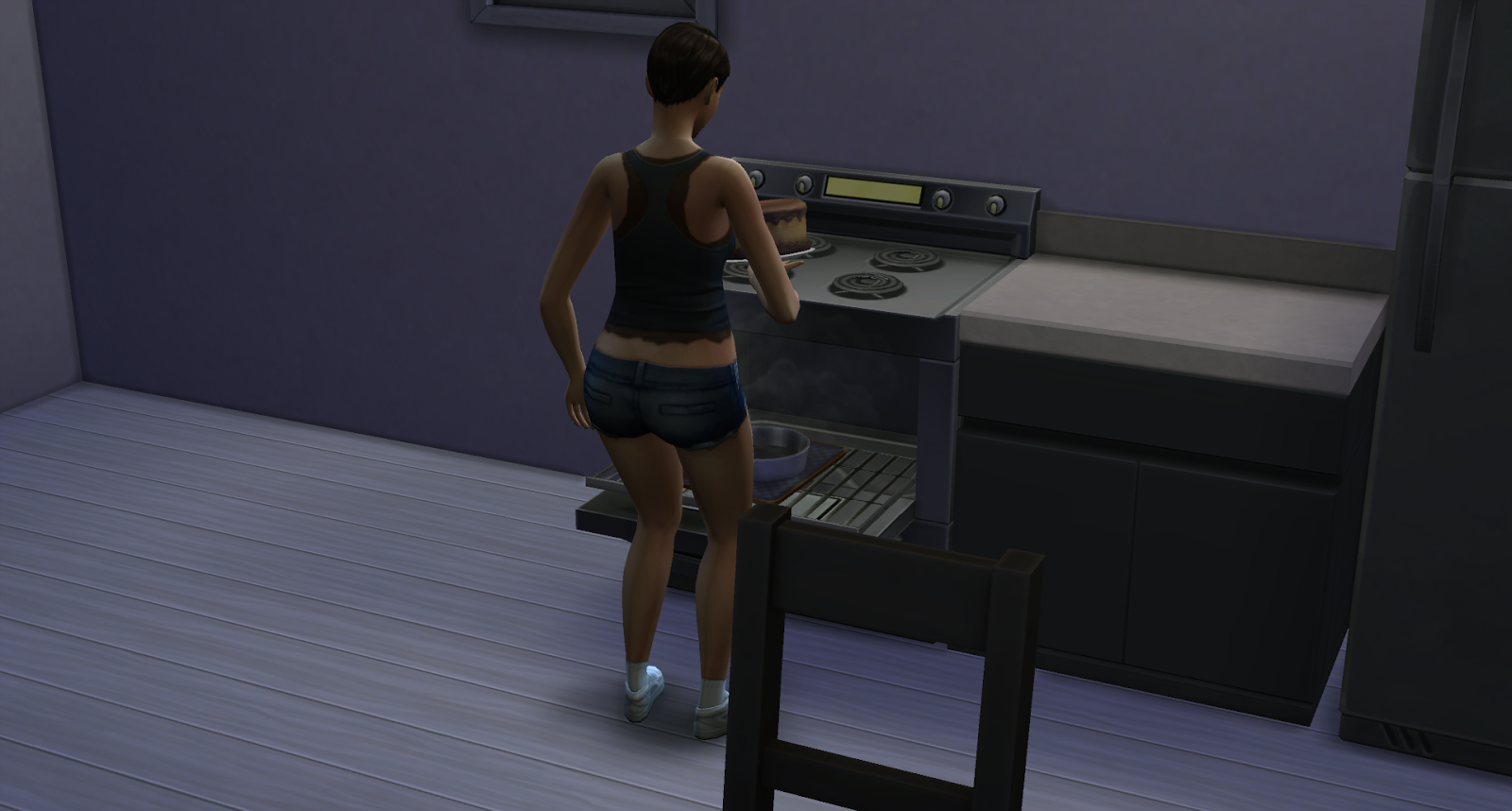 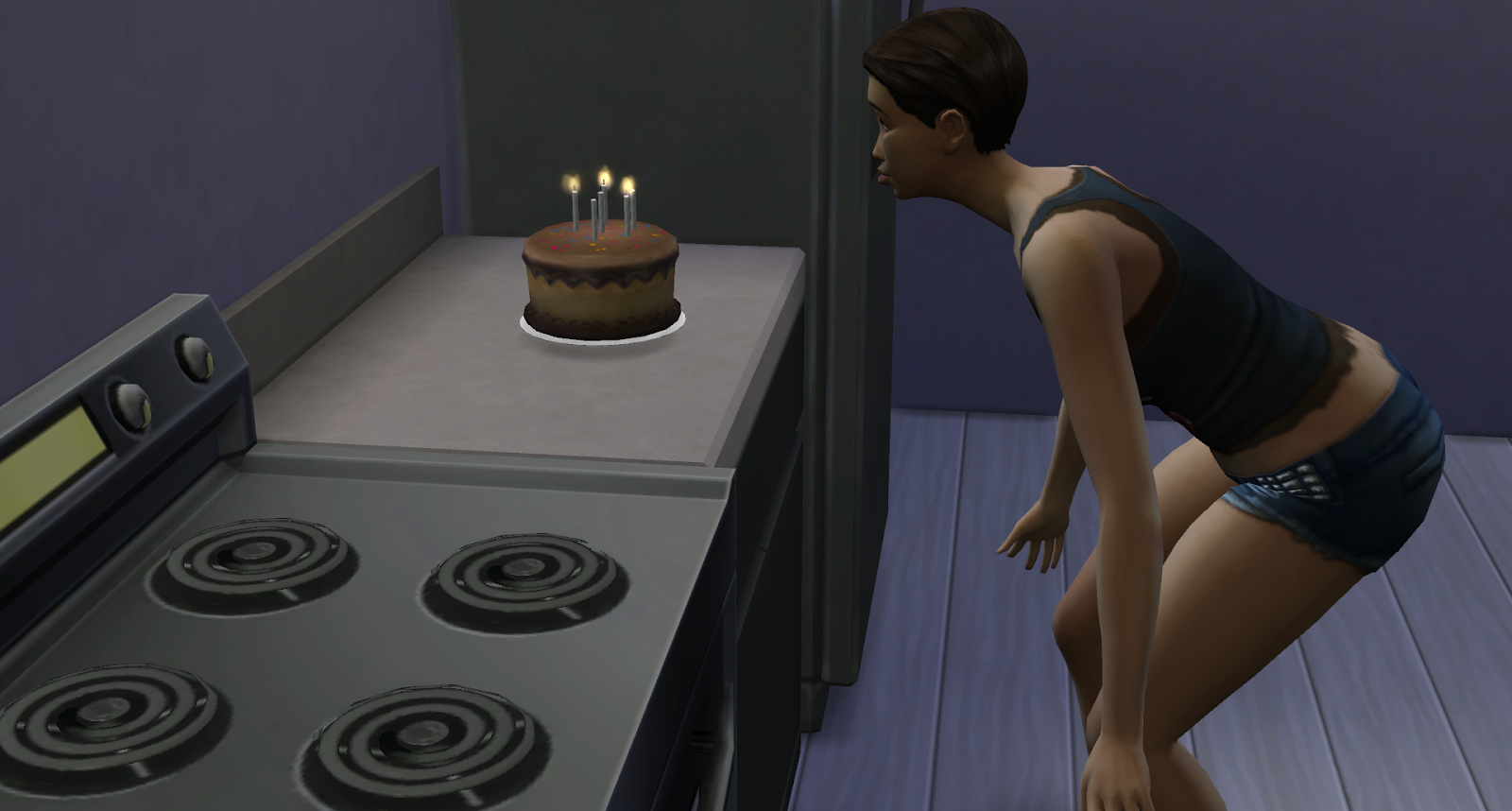 I had no idea what to make her last trait so I gave her creative.  I bought her a mirror because now that she's a young adult with her own home she needs to look a little nicer and grow her hair out a bit.  I did the same thing with my TS3 runaway challenge.  I just think it shows time going by a bit better since teens look the same as adults. 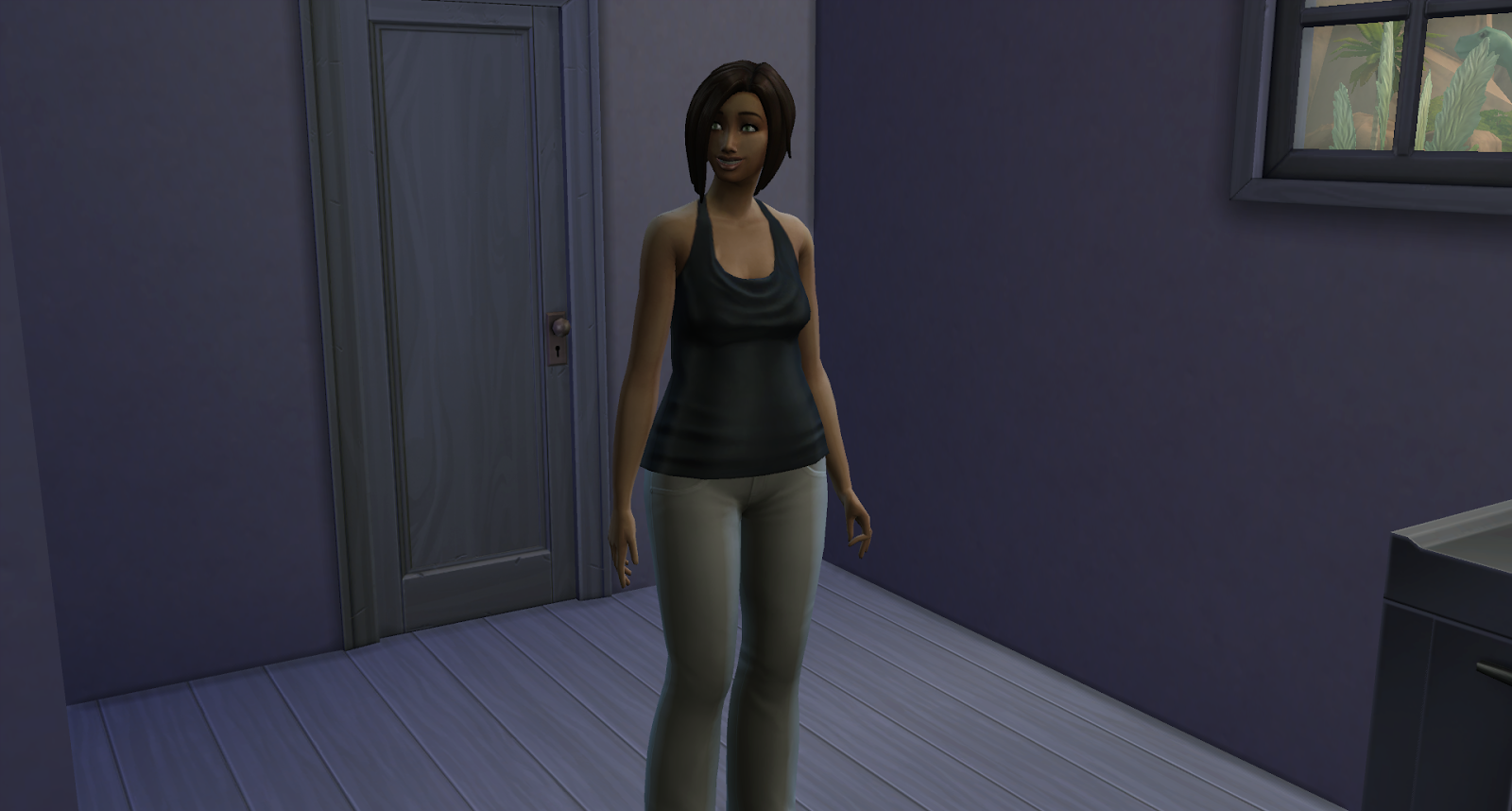 Just then Rez came to visit so I decided to age him up with the cake too. 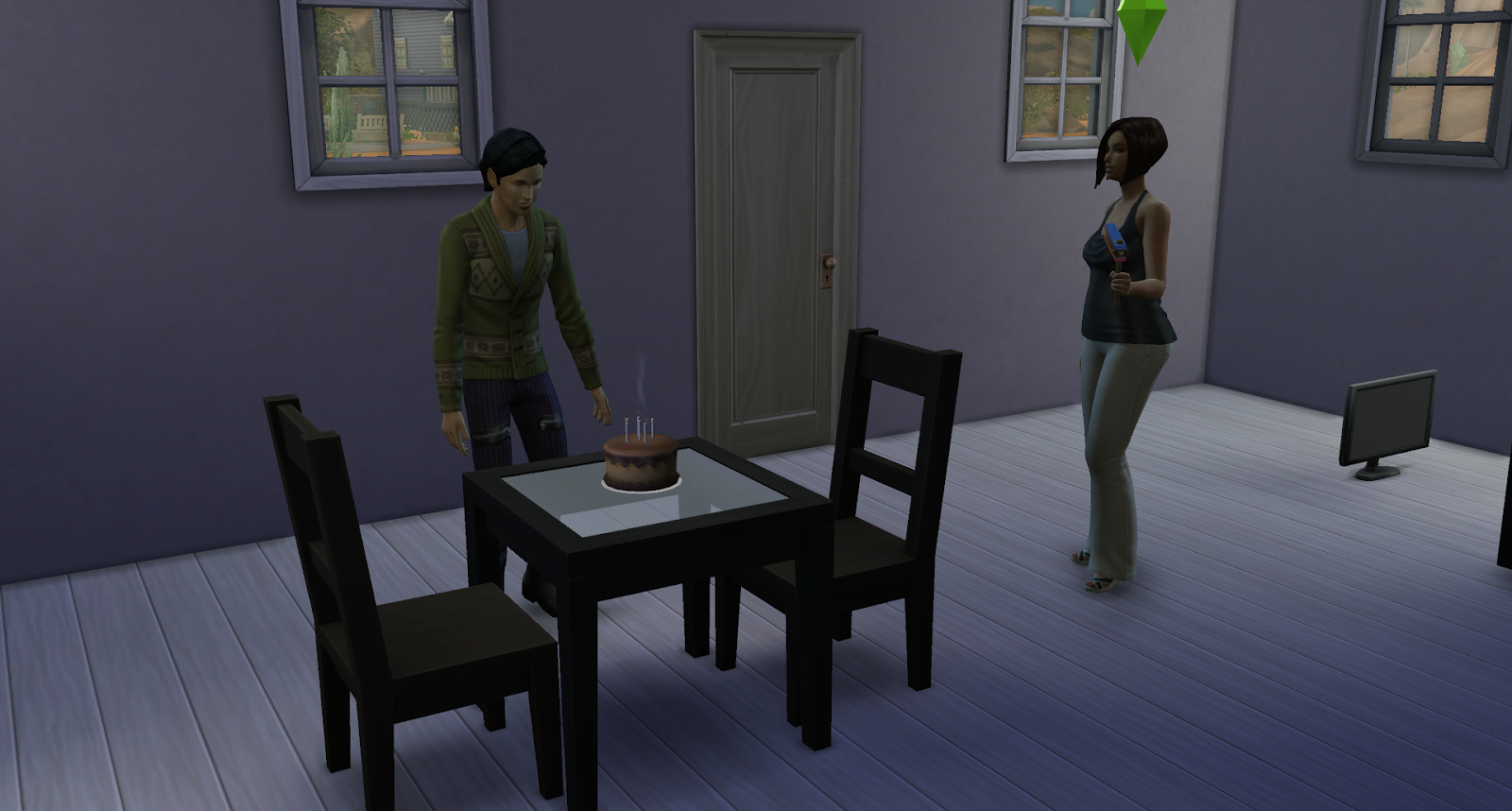 His last trait is active.  His other 2 are mean and loves the outdoors.  I don't particularly like mean sims so I don't know if he's good husband material.  That's why I never had them romance as teens.  It would be convenient though to marry Rez.  In my TS3 runaway challenge my sim had already had a baby by the time she was young adult and got married right after aging up.  I feel like I'm behind. 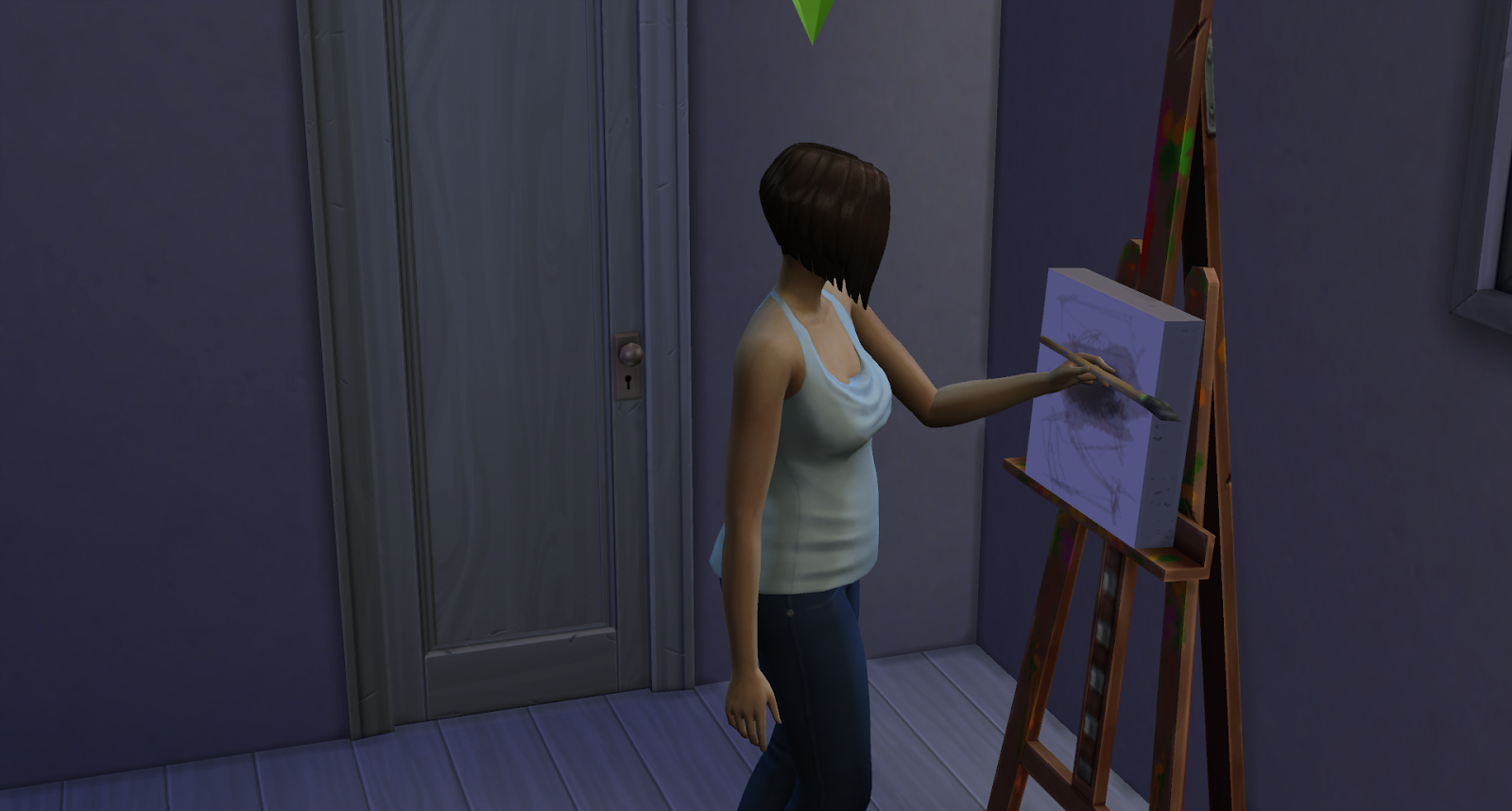 Since she's creative I got her an easel to paint on.  Mabye she'll join the painter career? 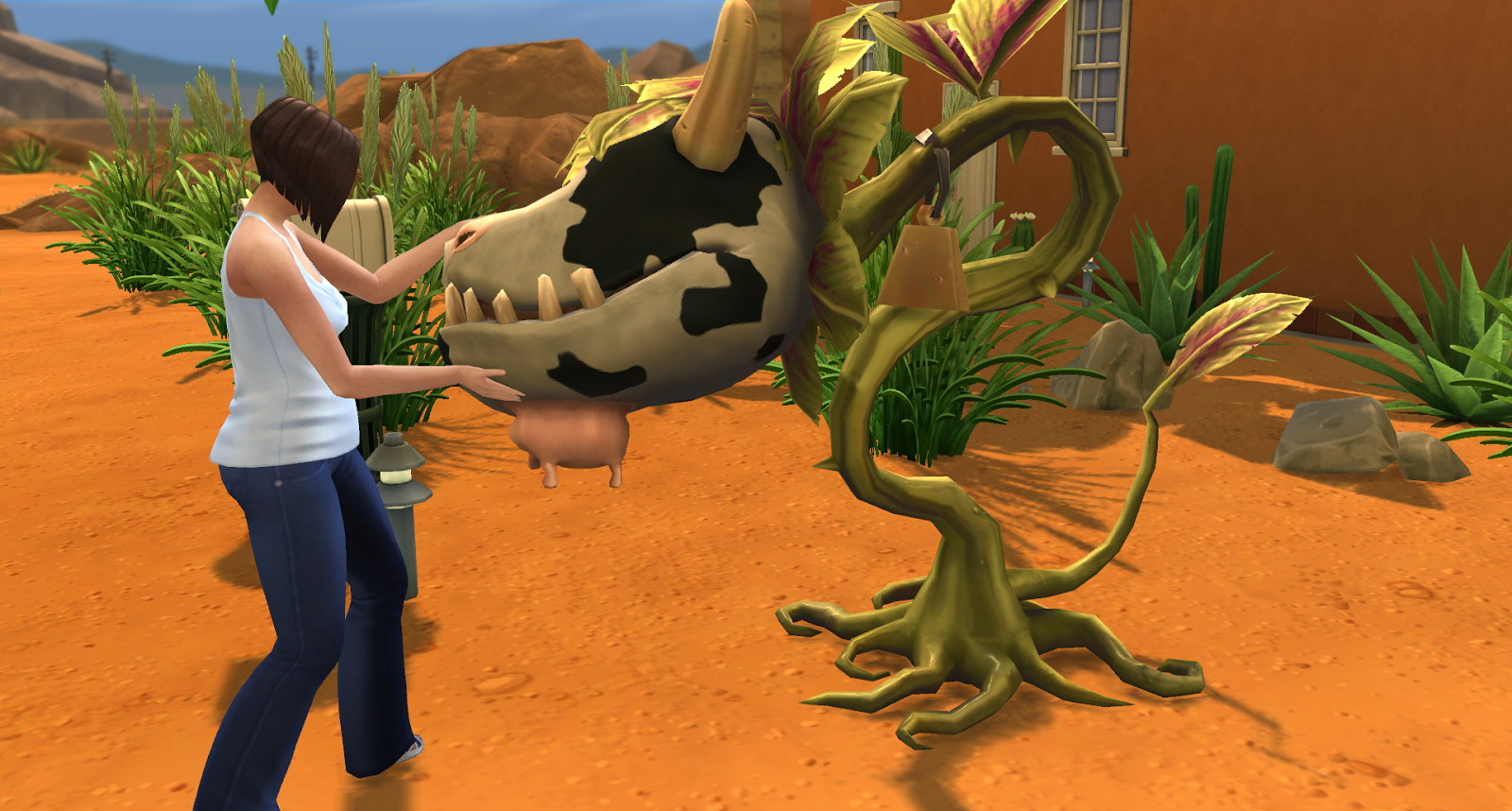 At this point I'm just not sure where to progress the story of Lyla.  She's no longer a teen.  She has a home.  I figured I'd stop playing here and give it some thought.  If you have any ideas let me know.  Thanks for reading!
Posted by Rainy at 10:32 AM