Let me explain right away why there aren't many pictures... 1. College was boring: she did nothing but skill, make friends and make flowers... there was hardly anything to take pics of.  2. After returning home she did nothing but work and skill (trying to get her lifetime wish of maxing all skills)... once again, boring.  3. Something happened to Fraps, the program I take my screenshots with, I didn't realize it until I had looked and saw I was missing a bunch of pictures.  I am print screening all the pics, at least for now.

So I decided to take Phaenoh's advise and bring back from college a smart milk, snapdragon and elixir of life.  Meaning I was on a tight time-table.  I had to roll double 6's before graduation or leave something behind.  ~12 hours before final senior exam I rolled double 6's!  I thought for sure I was leaving that smart milk behind.  Okay, on to the story.... 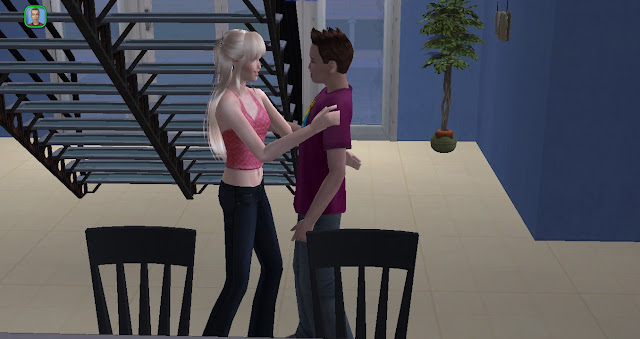 This is my founder Alaya Bellamy and her college boyfriend Brandon.  He was the only guy in the dorm that she had 2 lightning bolts for and I love that hair. 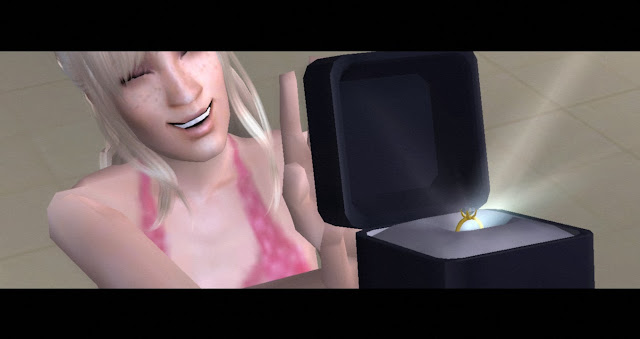 Since he seemed the best choice and I wanted to have a mate picked out before the apocalypse she proposed. 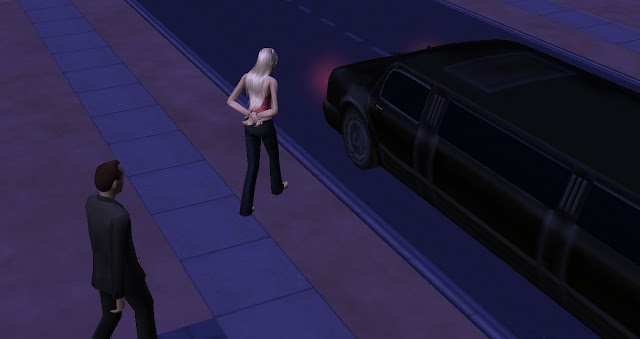 I had this whole list of things lined up for her to do and suddenly it disappeared and I found her outside like this. 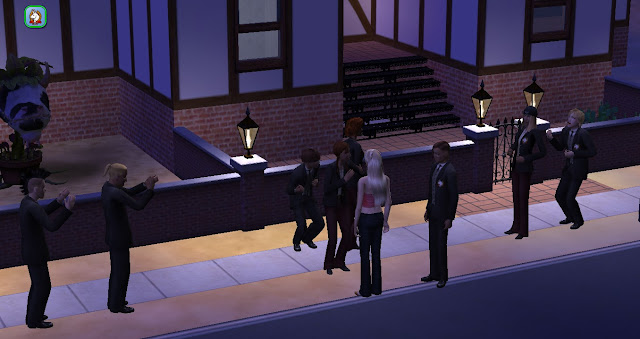 She was recruited into a secret society called the LFT society.  She went just the once, I didn't see anything there that she needed and she had better things to do. 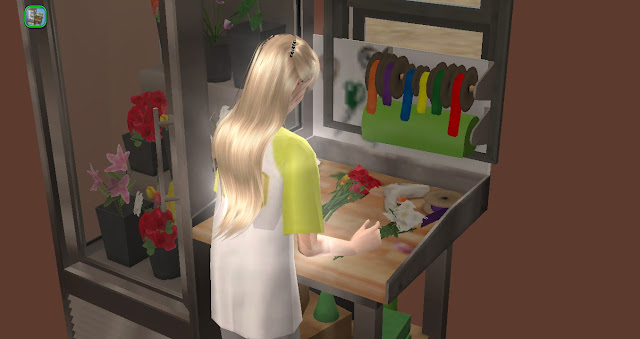 Like working tirelessly and letting her grades drop while trying to make a snapdragon flower.  I've never really used the floral bench so I had no idea how cool the snapdragon is! 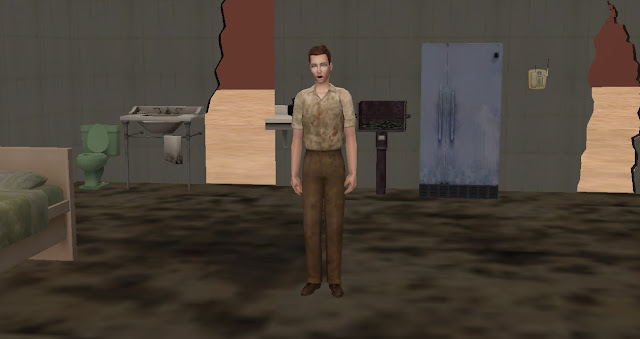 When Alaya was about to graduate college Patient Zero contracted the zombie virus!  Although I have seen him shamble past the house several times I haven't actually seen any other zombies so I don't think he's attacking like he's supposed to. 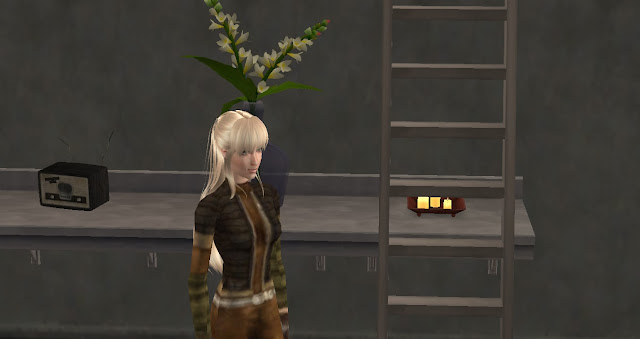 Alaya returns from college to this little bunker.  It is actually the house that came with the military base built by Phaenoh.  I tried to build one like it but I suck at building and couldn't figure out the stilts so I figured oh well, I'll just use hers.  I did make a few changes before I moved her in. 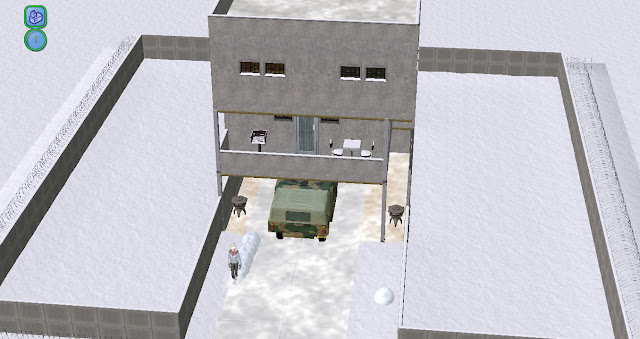 Here's the bunker from the outside.  She's off to brave the outside world to get a job. 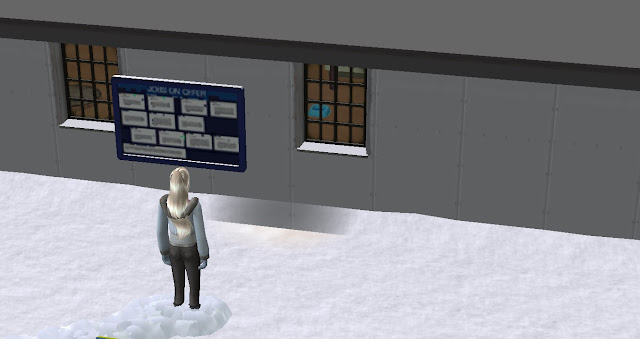 She gets a job at the local soup kitchen. 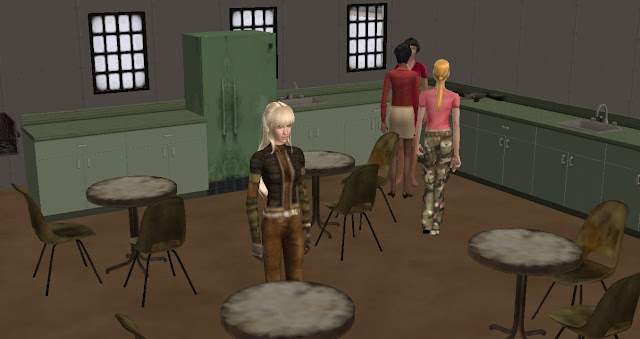 She goes inside but is too nervous to talk to anyone and leaves. 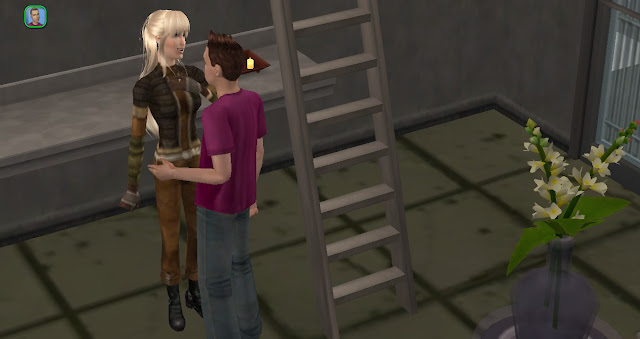 She invites Brandon over once when her social is tanked but it was just too weird seeing him dressed in his college clothes as if nothing had happened. 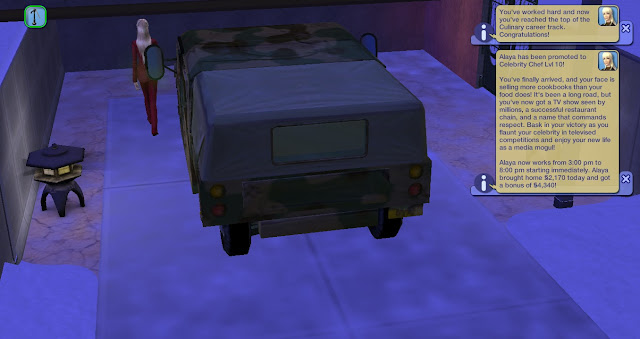 Fast-forward through weeks of doing nothing but working, skilling and trying to attract neighborhood strays.  With 11 days left until aging to elder Alaya hits the top of her career and lifts hopelessness.  She buys a stove and makes a turkey to celebrate.