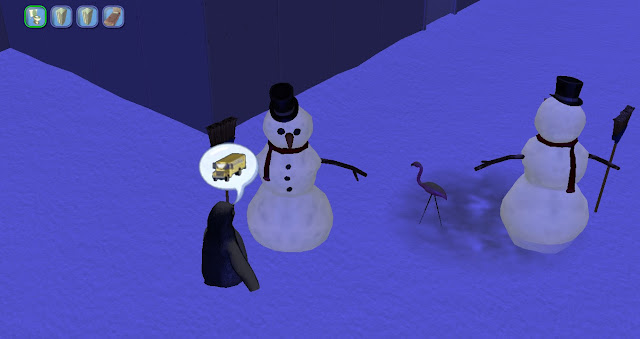 All of the girls going to school every day took some getting used to.  Mr. Penguin thinks the snowmen should go to school too. 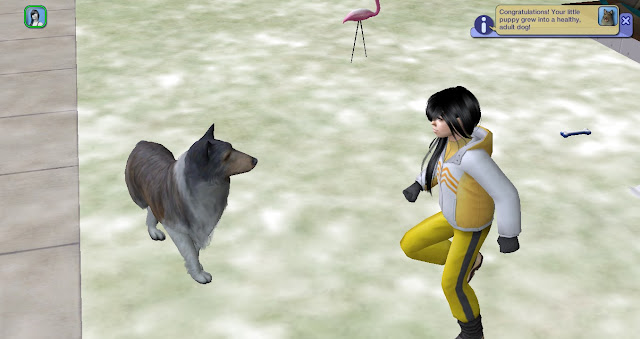 Maxx aged to adult.  He looks like a collie to me.

(The pic of Ellie aging to teen is a blank wall.  Not sure what happened there.) 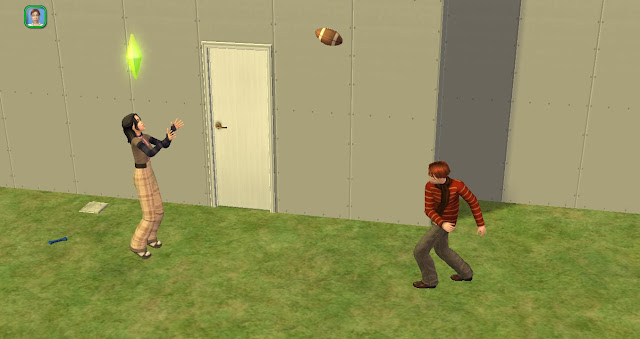 Faithe brought Todd home from school with her.  He actually aged to teen with her.  You can age up to 3 friends if you didn't know.  I was all excited until I looked at their relationship when he left.  -1.  Ugh.  But he called her constantly since then and it's fairly high now. 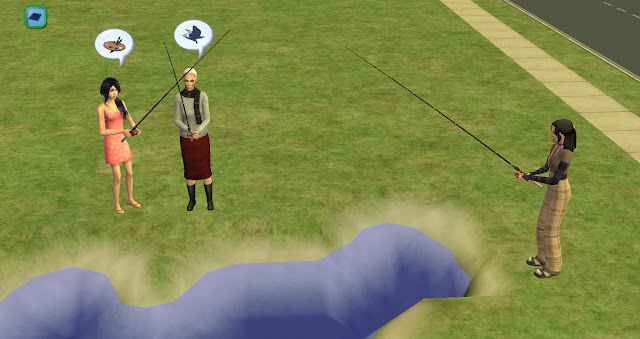 Finally the pond is thawed!  Oh and look there on the left is Ellie... since I messed up on her "aging to teen" pic. 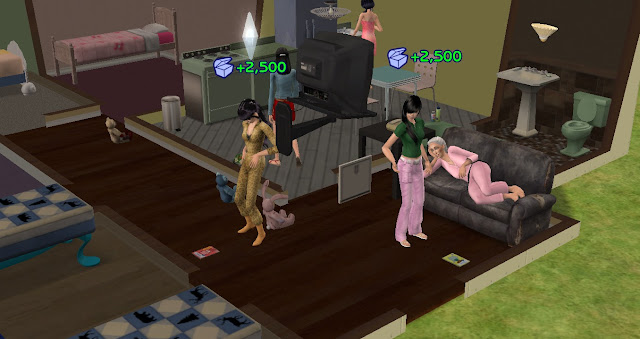 The twins age to teens.  What on earth is that ugly leopard thing Mae is wearing?

(The kitchen upgrade pic is also a blank wall.  I'm not sure what on earth I was doing when I took the pics for this chapter!)  There's new everything and it's been enlarged. 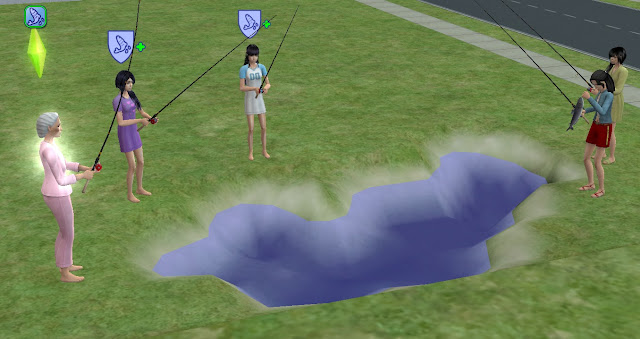 It's the weekend and I just spent all the money upgrading the kitchen.  This is the 1st time I've had all of them fishing at once.  It may be the first time the twins have fished at all since winter just ended. 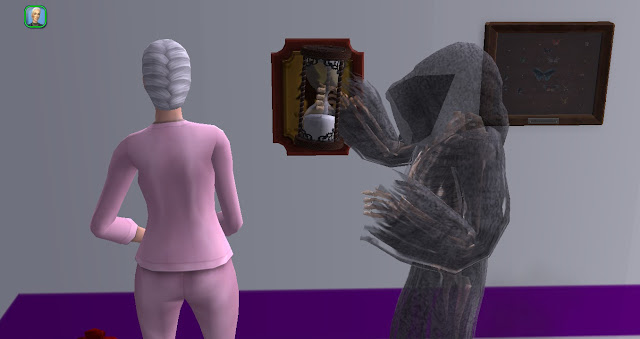 *sniff*  Goodbye my friend.
On a side note, it's really weird, I had just finished selling all the fish from the day and she was about to go to work when I looked and there was grim standing there. 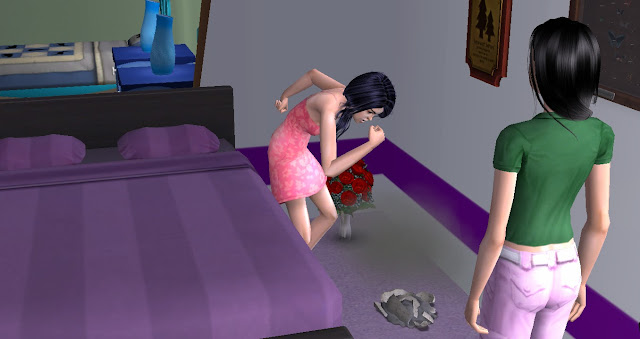 Holy crap!  Ellie just ran into the room after Grim left and smashed the urn! 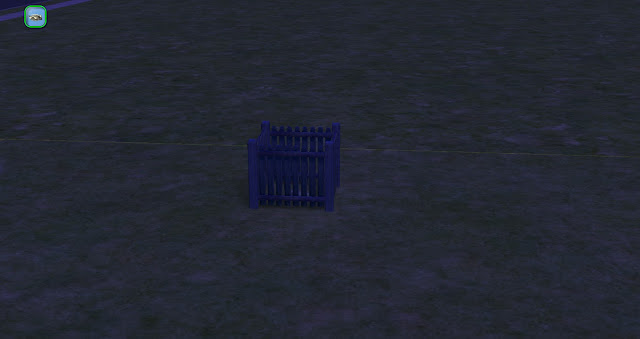 There's a huge glitch in Sims 2 that causes the game to corrupt if you delete a gravestone.  So I was very worried about the smashed urn.  I went to the Mod the Sims forum and I was right.  They said that if a sim swept up the smashed urn it would be just like deleting a gravestone.  So I took the advice given and used a cheat to move the urn bits outside and put a fence around them.  Sheesh. 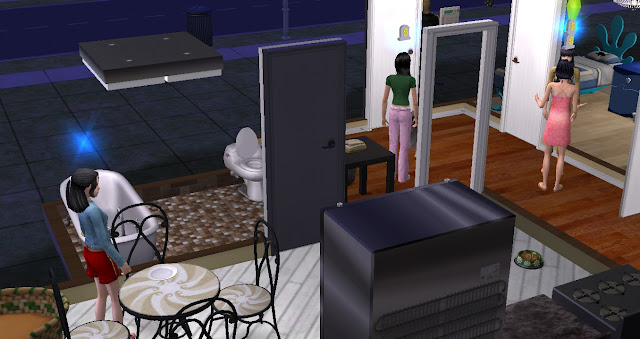 Notice the little tombstones above their heads?  They each got $5,000 in insurance money from their mother's death.  Now, I know that it is allowed to be kept by the rules of the challenge because it came up several times in the forums but dang 20,000 kinda ruins the "poverty" part of the challenge!  I haven't decided what to do yet.