TS2- Poverty Challenge... What the Heck was I Thinking??? 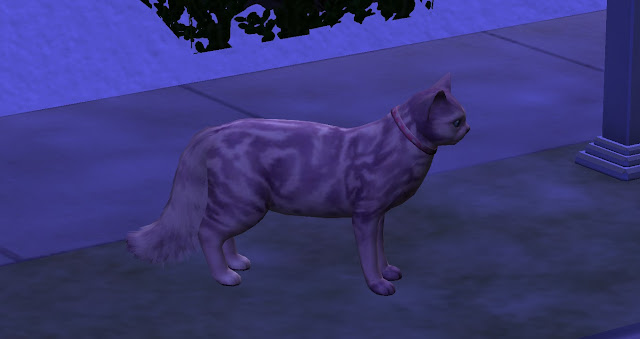 I've been reading some old Sims 2 blogs and saw some cool looking pets.  So I went on Mod the Sims and found this.  It's called Pokemon Pets Furret.  I named her Meowser. 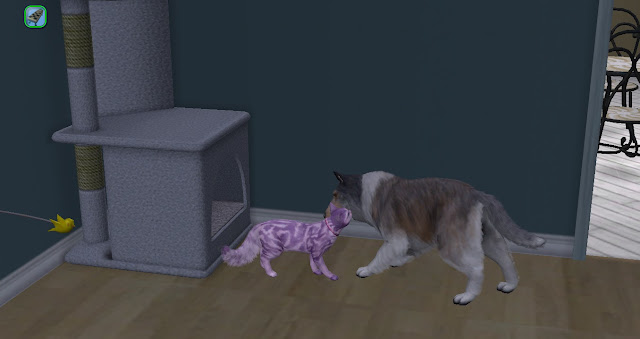 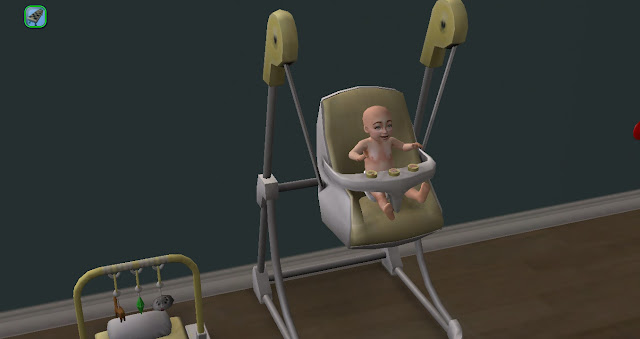 A couple of other things I saw that I downloaded.  The baby is Ellie's baby Bella that I didn't get a pic of for the last chapter. 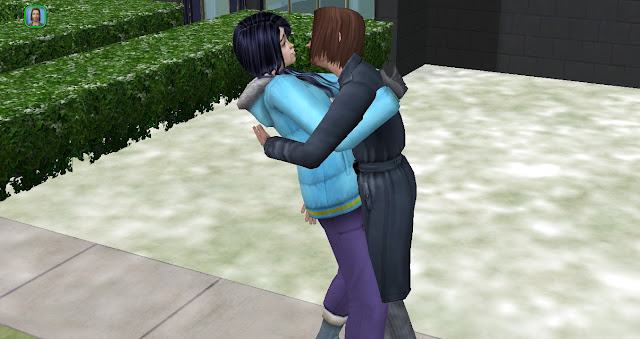 Ellie invites Gabriel over for a little fun times and baby #2 (for her) is on it's way. 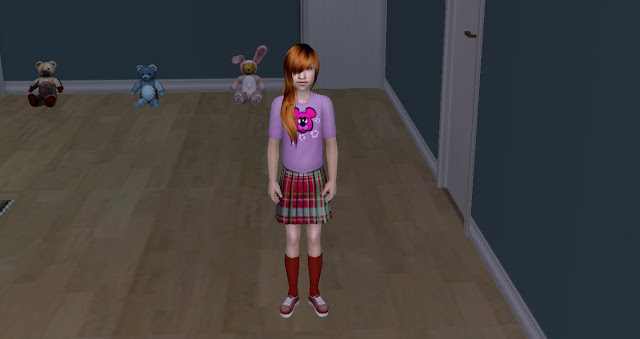 Faithe's daughter Sara ages up to child.  It's the first transition I've had in awhile without aspiration failure.  Yay! 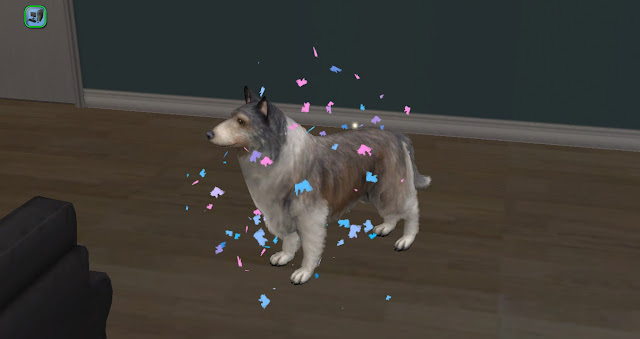 Awe.  I hate it when my pets become elders.  It's so sad. 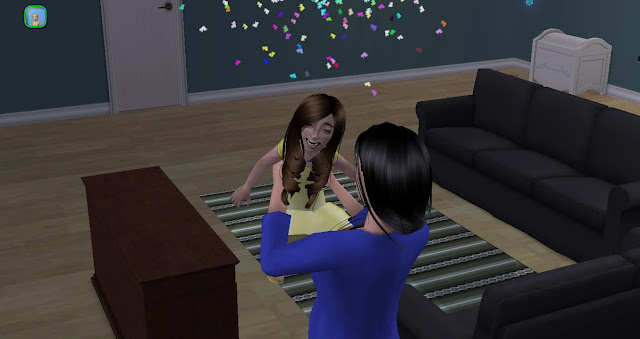 Yet another transition.  Bella ages to toddler.  It seems like Mia is always the one to help the babies age even though none of them have been hers yet. 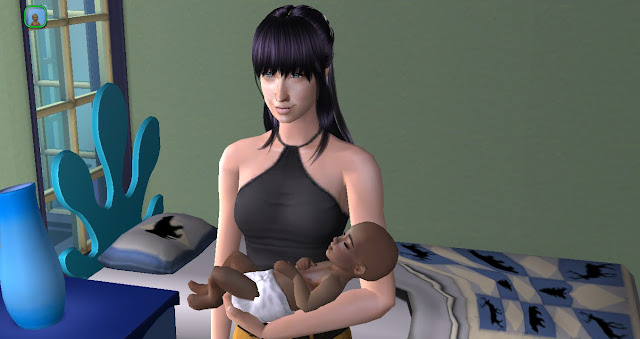 Speaking of babies... Remember the fun meeting with the matchmaker?  Mae has the first boy in the family, Ryan. 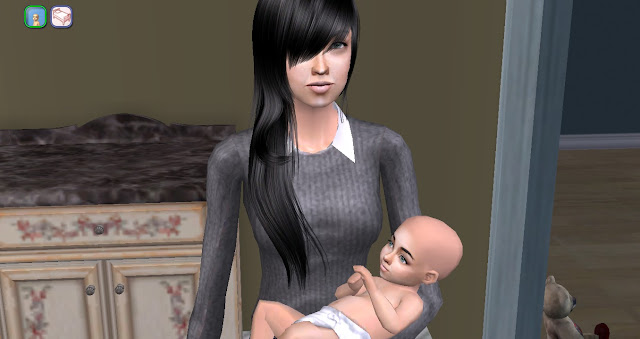 Mia has a girl, Angela. 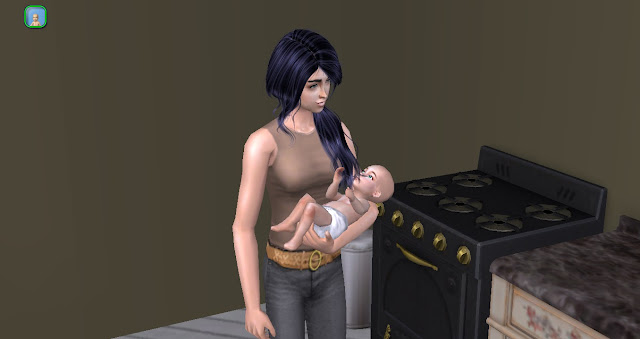 The next day Ellie has another boy, Jacob.  Seriously I didn't even realize I'd named them Bella and Jacob until after it was done.  It was not a Twilight reference, lmao! 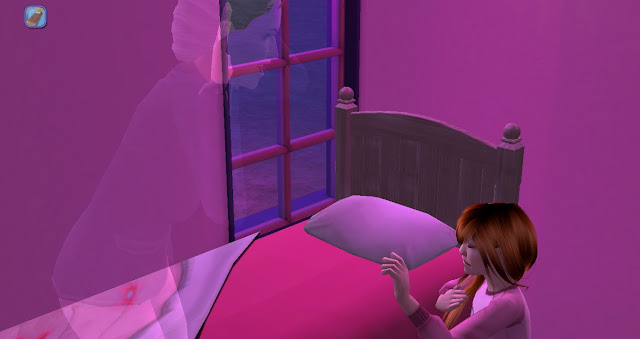 Zitella's ghost haunts the house every night.  She scares everyone, wakes them up and just plain pisses me off.  I'm really starting to hate playing this house because of her. 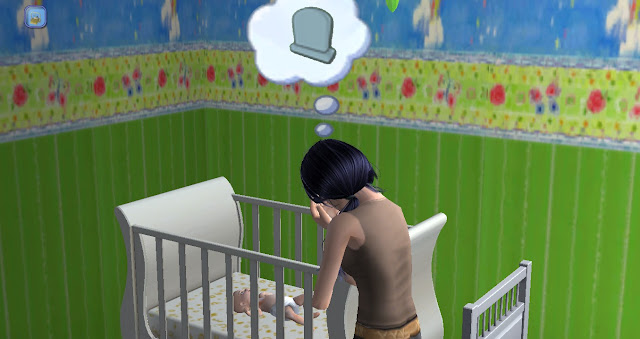 The next night when the haunting starts again I give in and try to "move the grave".  It works but I'm not sure if that will stop the hauntings or not.  Unfortunately for some stupid reason, even though she made their lives hell, everyone cries over it as if she had just died.

Okay, so at this point you're probly wondering about the title of this chapter: what the heck was I thinking???  *sigh*  I now have a household of 10.  2 pets, 3 adults, 1 child, 1 toddler and 3 babies!  I had originally planned to move out one or two of the adults to make room for more babies but that's NOT happening.  I'm miserable, they're all miserable.  I can't keep anyone's needs up.  The child, Sara, is constantly in need of fun.  I'll direct her to watch tv or something and she'll stop and complain that she needs fun!  The toddler, Bella, keeps wetting her diaper and needing a bath because I keep forgetting to have someone take her to the potty chair.  And the babies, oh the babies, they ALL need diaper changes and fed at the same time! *double sigh*  I think at this point I'm going to take a break from this challenge and pick it back up when I'm less frazzled!