This is a little step-by-step how to that I made while doing a test run of the Runaway Teen Lovers Challenge. 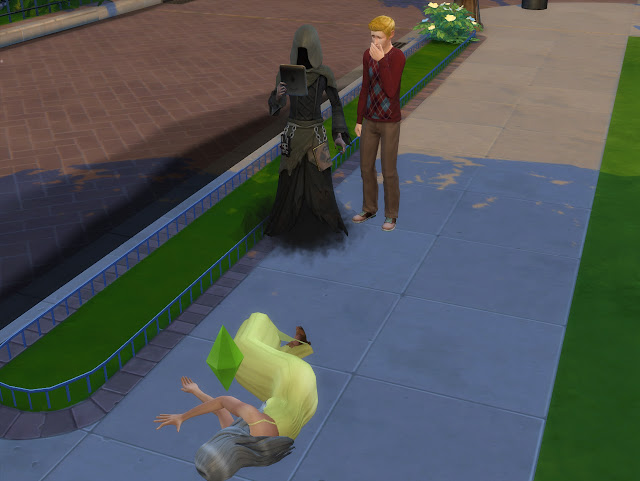 I sent the teens away but poor Travis Scott walked by and cried his eyes out for this stranger. 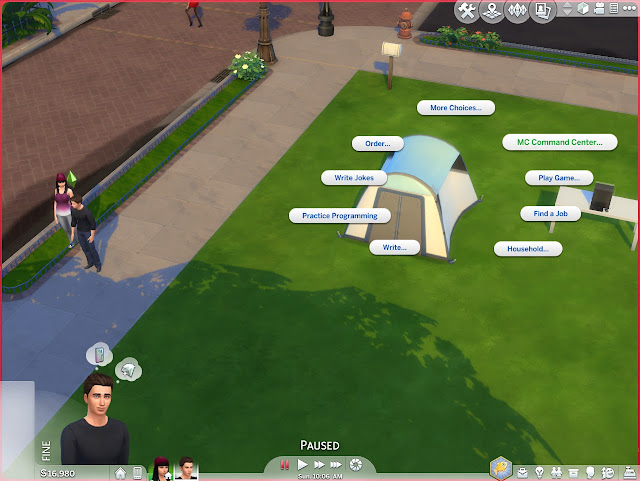 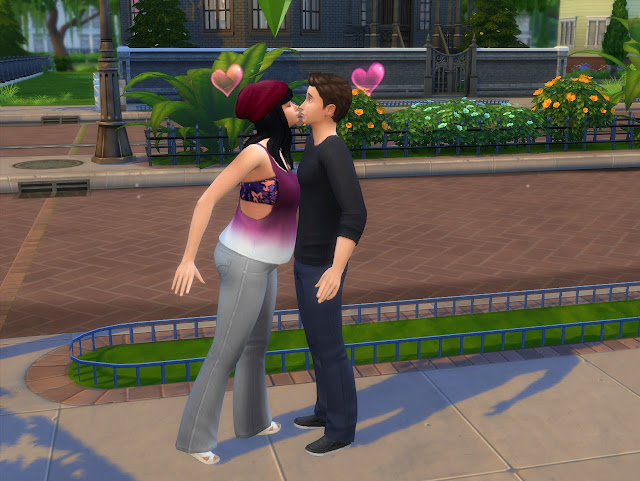 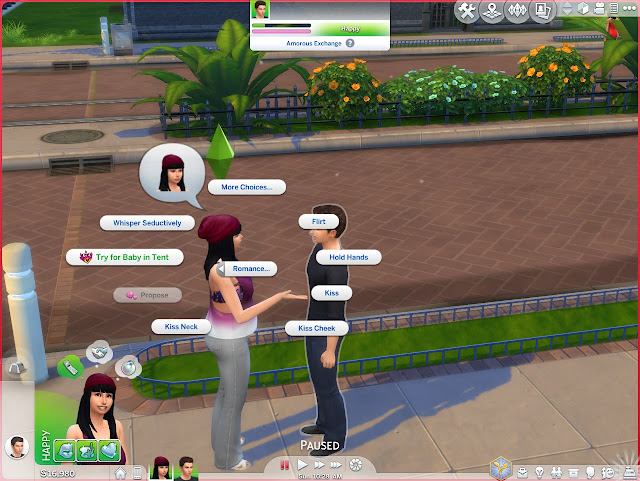 The first time they tried for baby she didn't end up pregnant.  She got a sad failed to conceive moodlet. 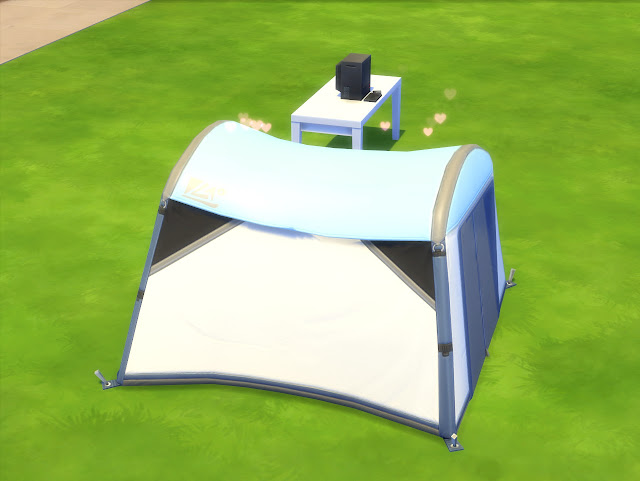 Here's my starter set-up.  You could also purchase a toilet temporarily for the pregnancy test.  I didn't think of it until after I'd already traveled to take it. 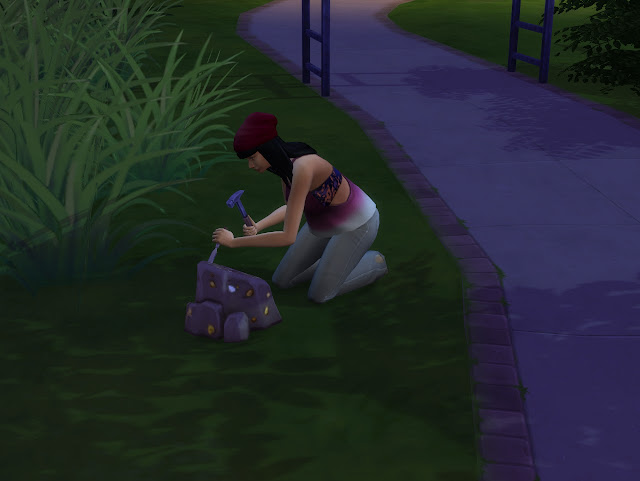 Now it's time to get to work making some money so they can eat. 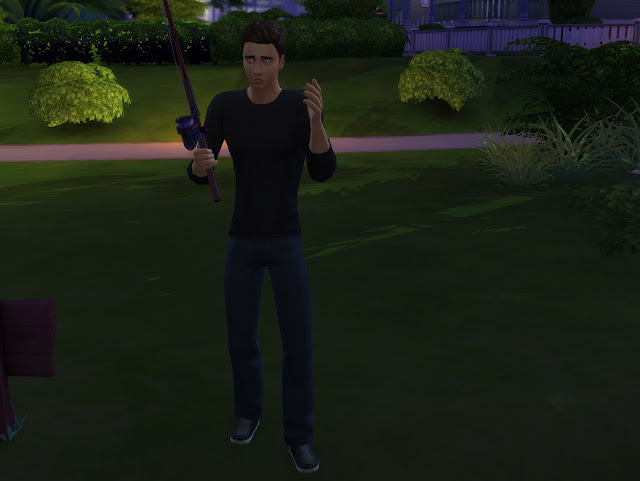 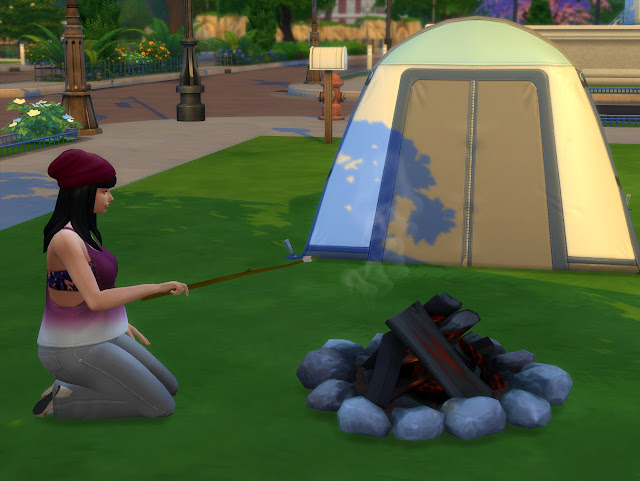 I completely forgot about the cooler and they were starving by the next morning when they were able to buy the campfire.  Plopping a fridge down doesn't seem very realistic to me and I knew some areas wouldn't have grills accessible like this area did so I didn't use them. 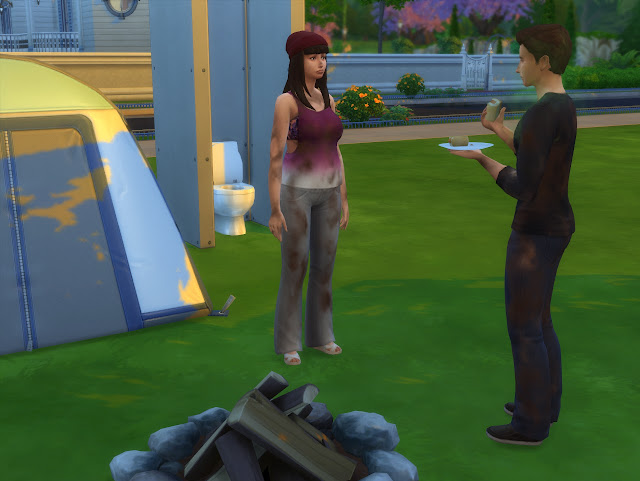 By the end of day 2 they have a toilet but they're both so filthy they're miserable. 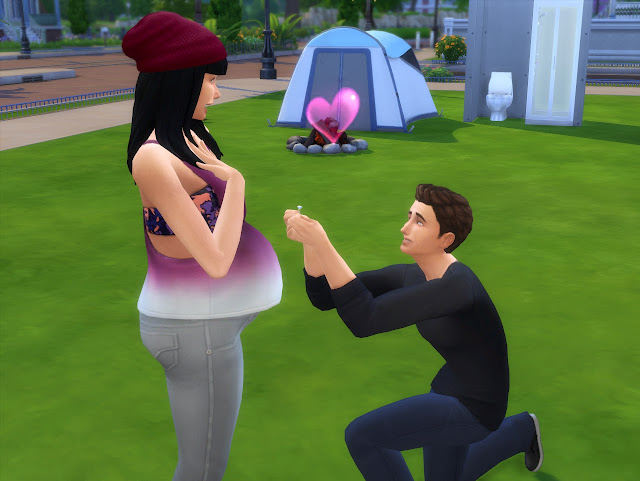 Day 3 they save up enough for a shower too and I have him propose to see if teens can marry.  They did but her last name didn't change?  I'm wondering if this is a Sims 4 thing and not anything to do with the mods but it's been almost a year since I played so I can't remember. 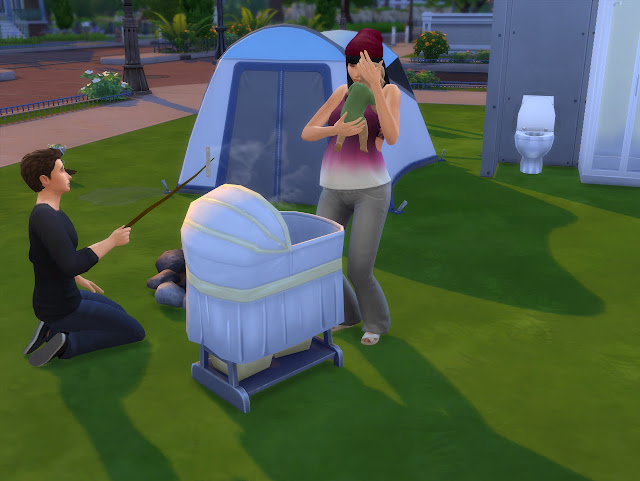 I didn't want to waste money on a bassinet so she waits the full time to give birth.  Notice something?  Yea, her belly is still there.  At this point I thought she had just gotten really fat and I wanted to change her last name anyway so I took her into CAS.  When I realized that I couldn't adjust the belly I exited out of it and ended up on the map screen.  Whenever I tried to access the save file I would get sent back to the map. So after some searching I decided to try taking the mods folder out and everything worked.  But I hadn't gotten a chance to save and got stuck playing almost all of it over again.  I guess I had some old outdated mod or bad CC in the folder. 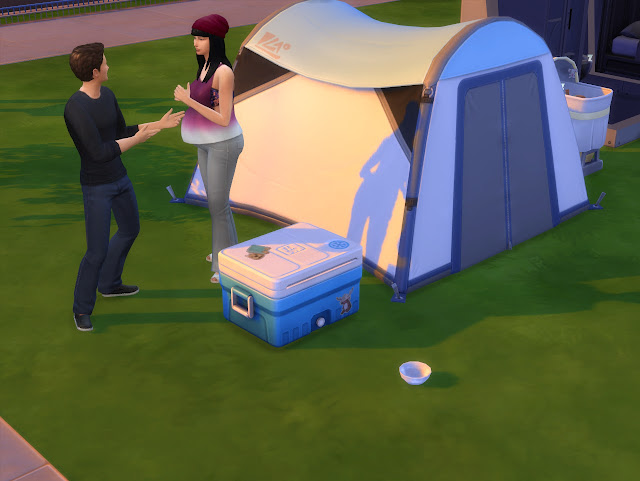 The second time around I went for the cooler and it made a big difference.  As you can see in the pic she still has the pregnant belly after having the baby again.  So I looked in the comments for the Command Center mod and they said to modify it in CAS. 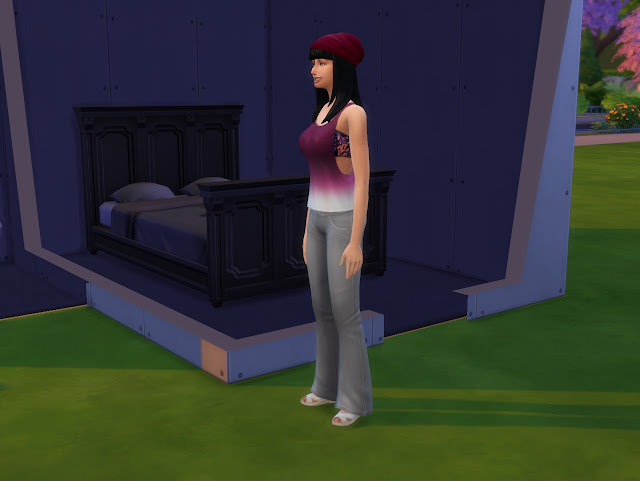 The cas.fulleditmode cheat worked.  I think I actually made her thinner than she was before the baby, oh well.  As you can see in the pic this time around they were able to afford a bedroom by the time the baby came.  This area seemed over-powered to me with tons of gatherables and a big garden.  I think this test was successful.  I plan to do a full playthrough after I buy Get Together.