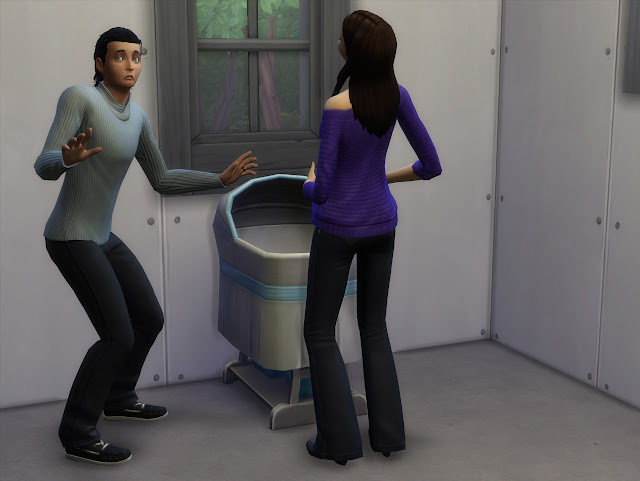 When we left the teens Jules had just gone into labor.  Rome goes into a pre-parental panic.  I got a blue bassinet for luck. 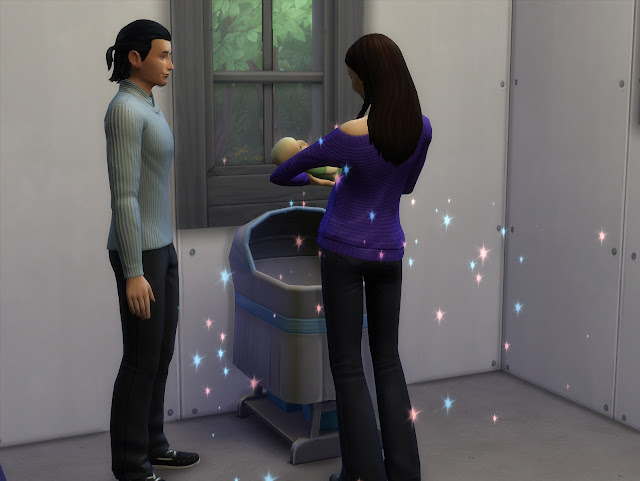 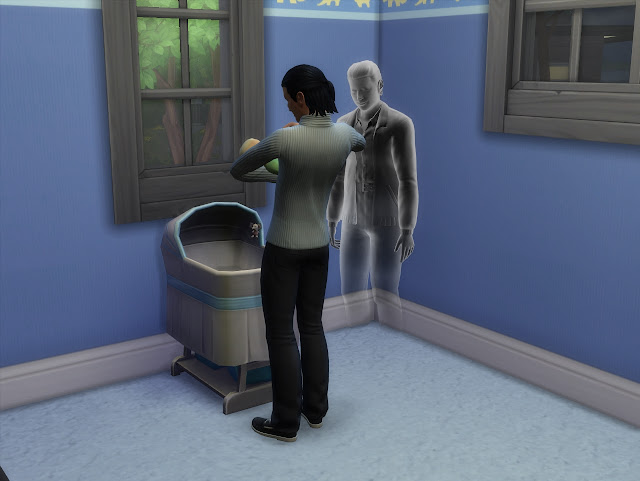 That night Romeo haunts the house and helps take care of the baby.  Who knew ghosts were so good with diapers? While at school Zora gets a text from a friend to ditch.  I've never gotten this before so of course she had to ditch so I could check it out. 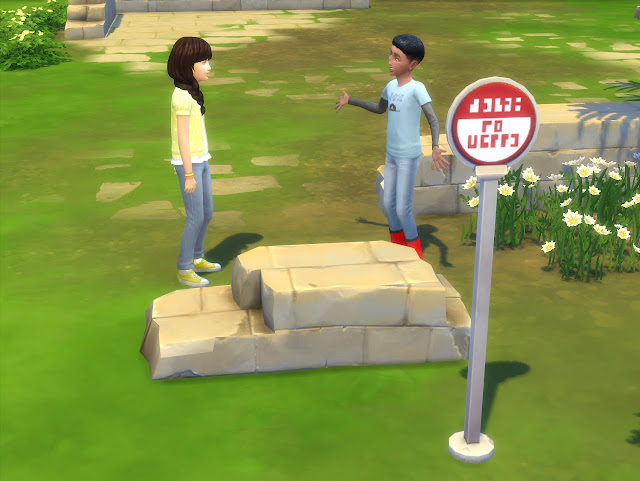 She meets the kid at The Ruins which have absolutely nothing that kids can do so after talking for a few minutes she goes home. 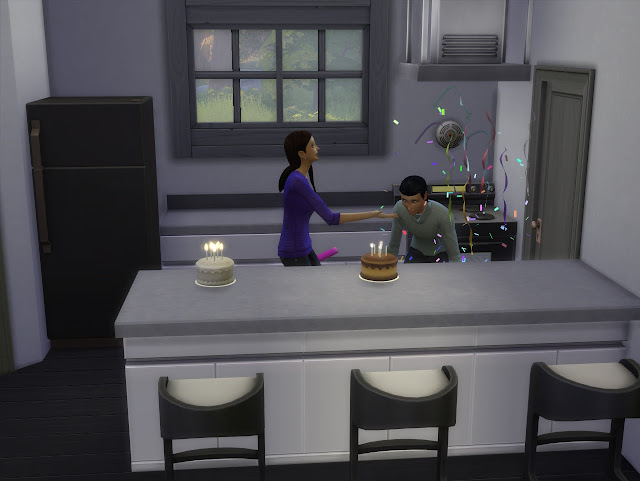 I can't call them "the teens" anymore!  First Rome ages up.  His last trait is loner. 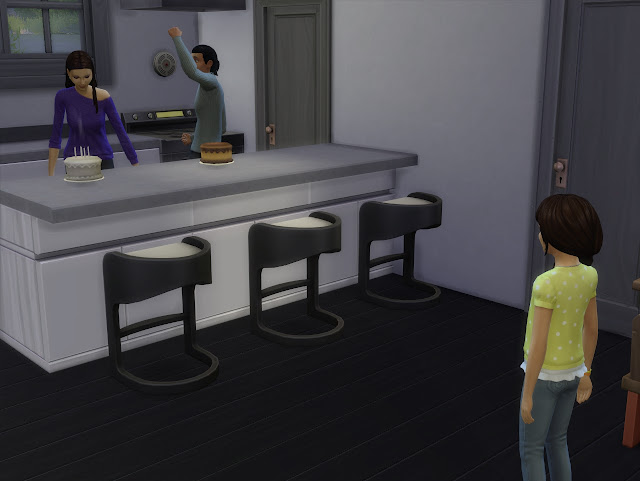 Then Jules, her last trait is family oriented. 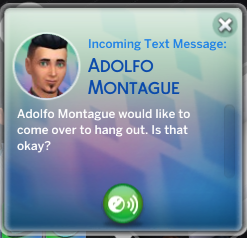 Right after their birthdays Rome's dad texts him. 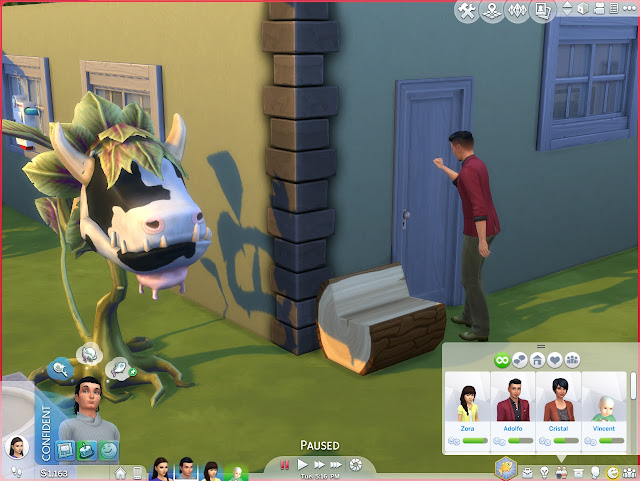 (Grr forgot to hit tab)
Aldofo knocks on the door having not seen his son in years. 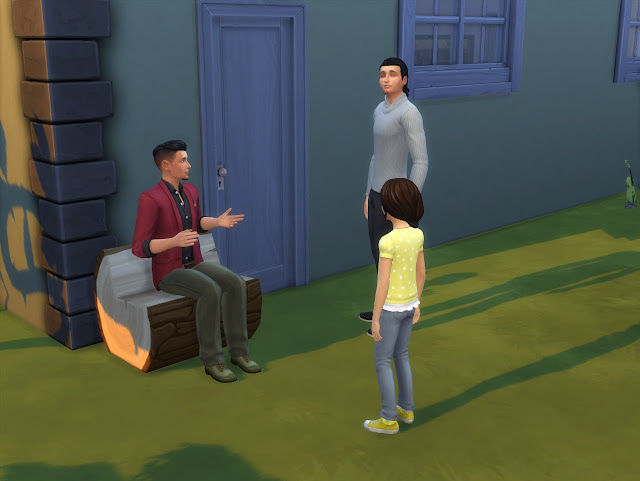 When Rome calls Zora out to introduce her Adolfo is shocked!  It's the little girl from the pool! 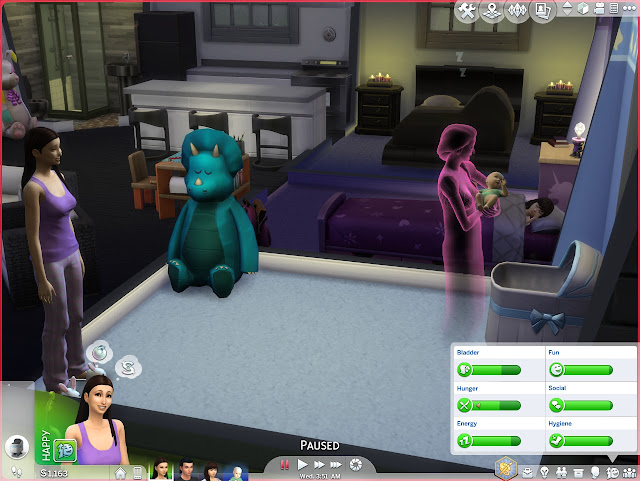 Another ghostly babysitter and yet again I forgot to hit tab! 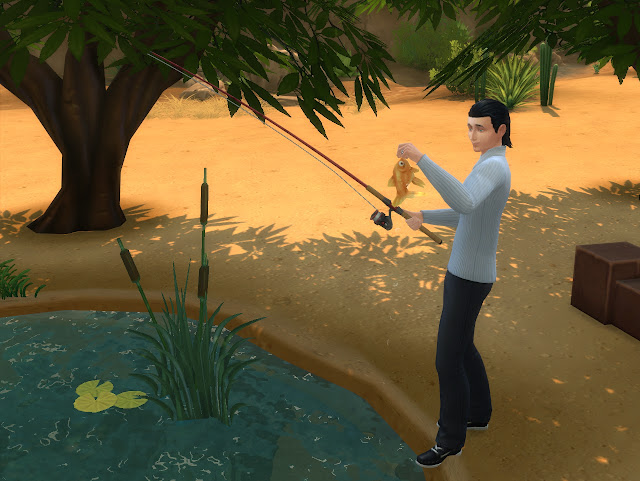 Rome fishes all day in the pool in Oasis Springs while Jules stays home with the baby and doesn't get one new fish. 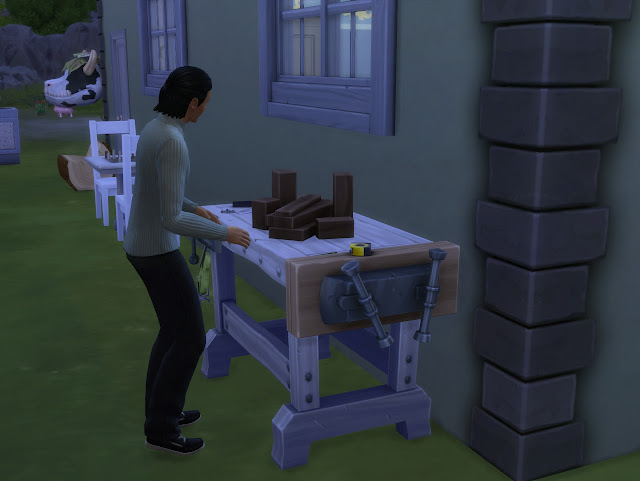 He gets a woodworking table in hopes that that he can increase his handiness and get into the boarded up entrance he saw while fishing. 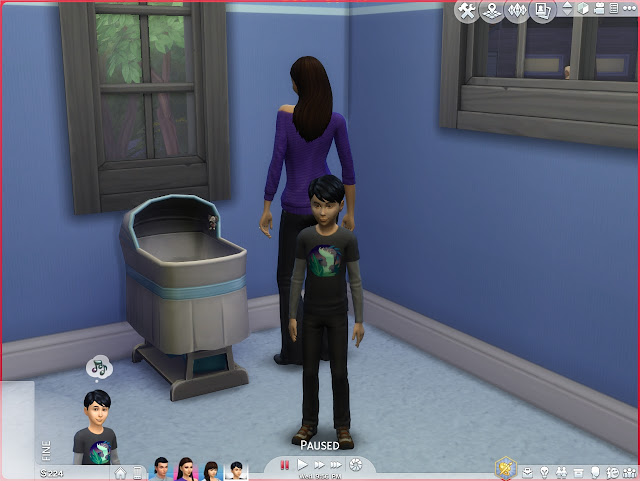 Omg I did it again!  I'm going to have to start checking the screenshots before I unpause!
Vincent ages up to child.