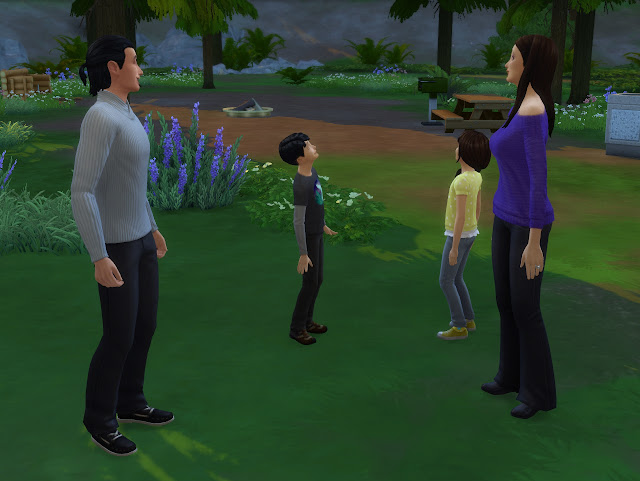 Dad needs to catch 4 more new fish for his aspiration so the family takes a day of vacation to Granite Falls.  Unfortunately the cost hadn't even occurred to me until after they were there.  Luckily they still had the tent from the beginning of the challenge but Jules had to scramble to find some gatherables to sell to buy a second tent.  At one point they didn't even have enough money to grill out and Rome had to sell a few fish so he could grill. 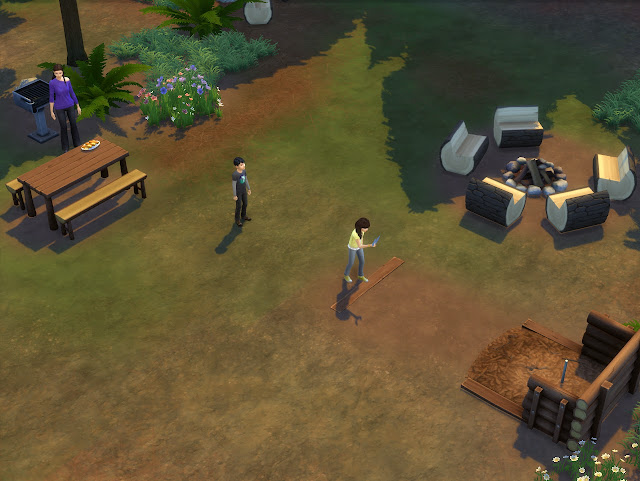 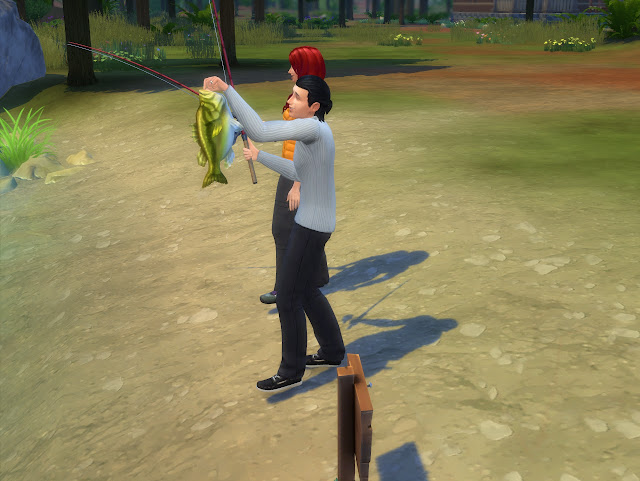 At first Rome doesn't catch any new fish, then he does and it doesn't count for his aspiration!  The whole trip was for nothing.  Once I realize the Granite Falls fish don't help his aspiration they head back to the campsite. 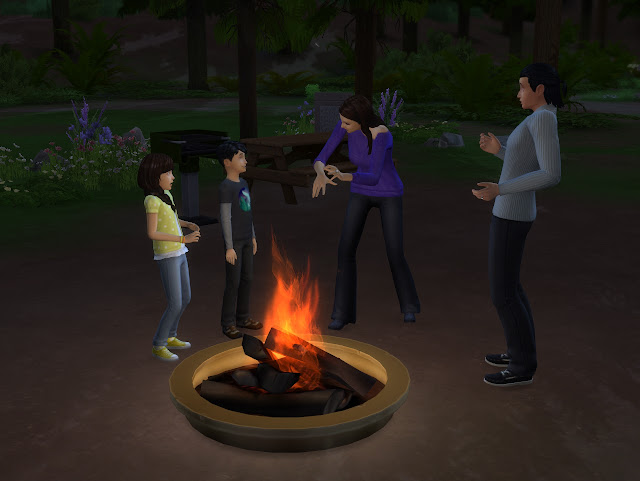 Jules tells them a ghost story before bed. 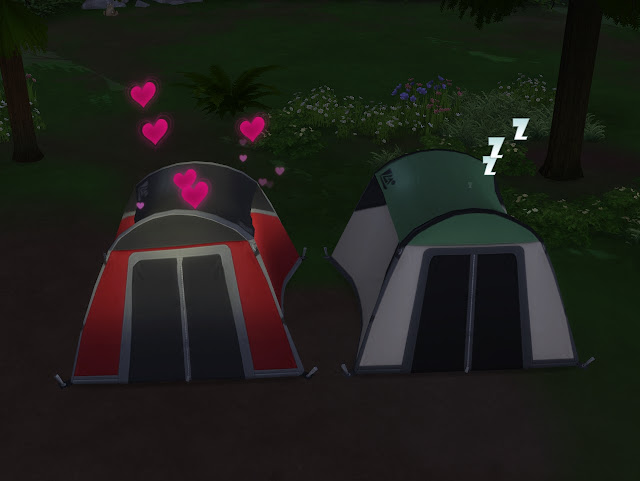 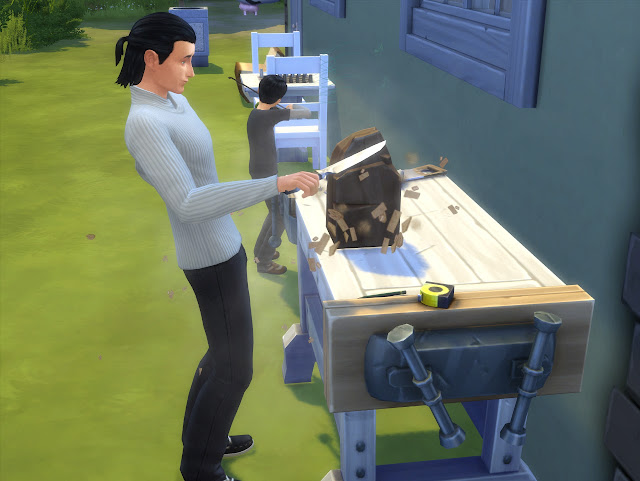 They return home and it's back to the plan of maxing Rome's handiness to get into the Forgotten Grotto. 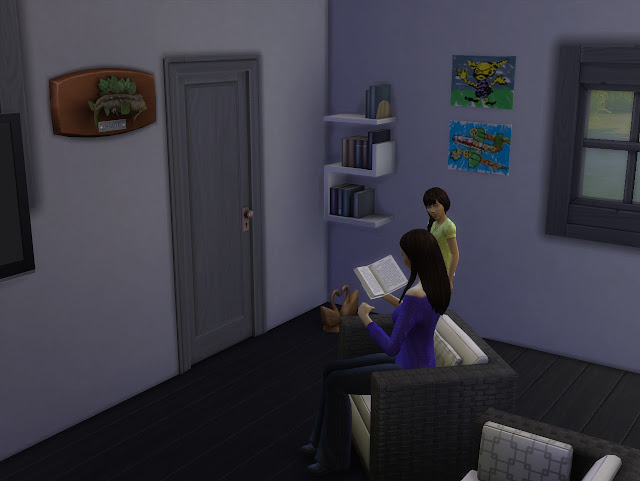 Jules reads a book to Zora. 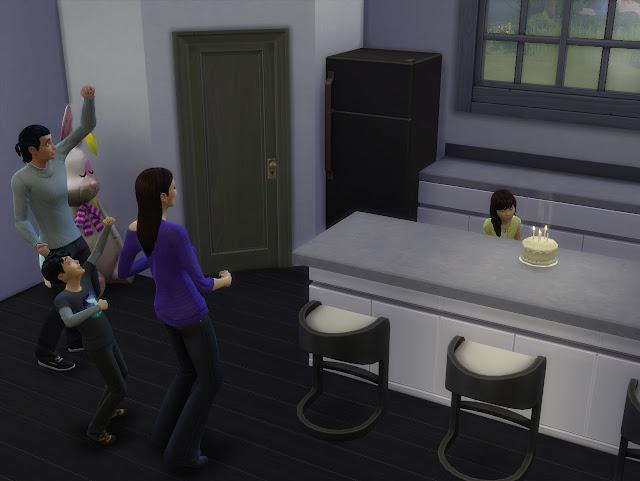 Then it's Zora's teenage birthday already! 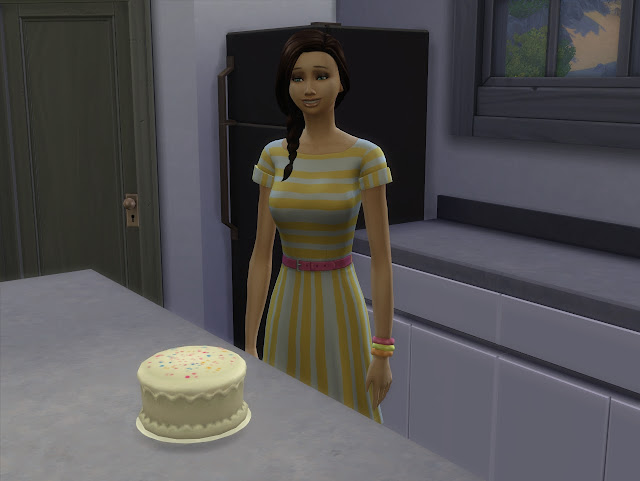 She turned out adorable!  She's a musical genius and creative since she was already like level 4 in violin before aging up. 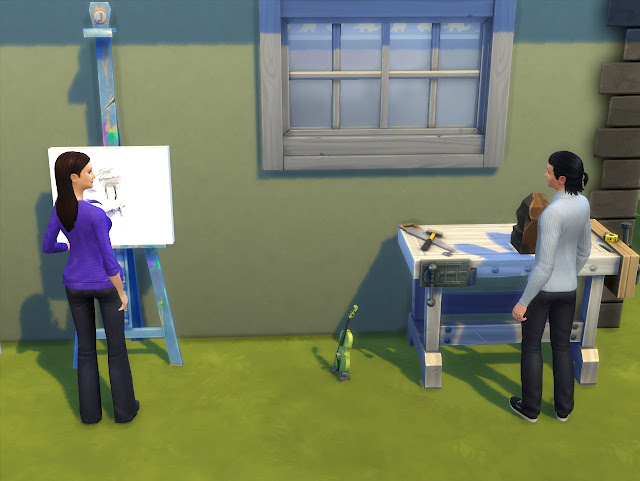 I finally give in and get Jules an easel.  I liked the idea of her going to town to paint at the easels around the world but since Rome had to work on his handiness she was just sitting around.  She sells a masterpiece for over $3,500!  The best part is they can chat while they work. 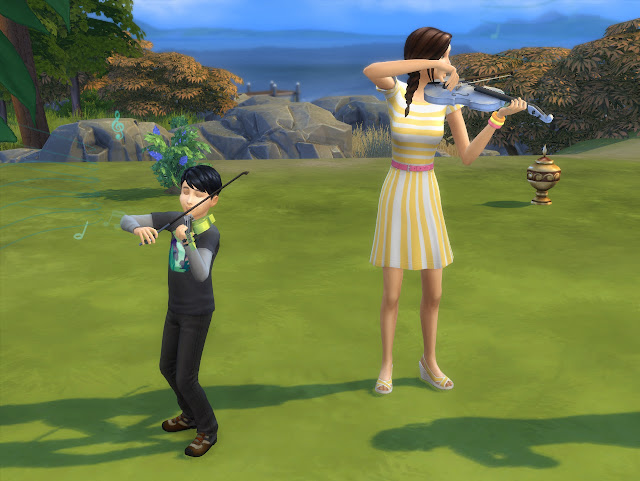 Such a creative family. 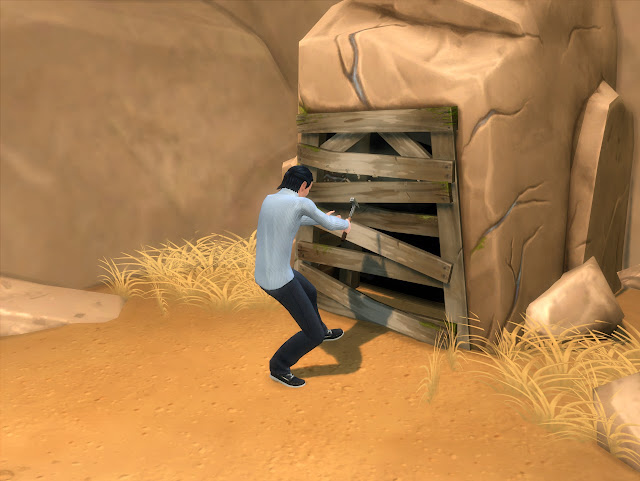 Oh yes it's happening!  Rome is tearing down those boards and seeing what's on the other side! 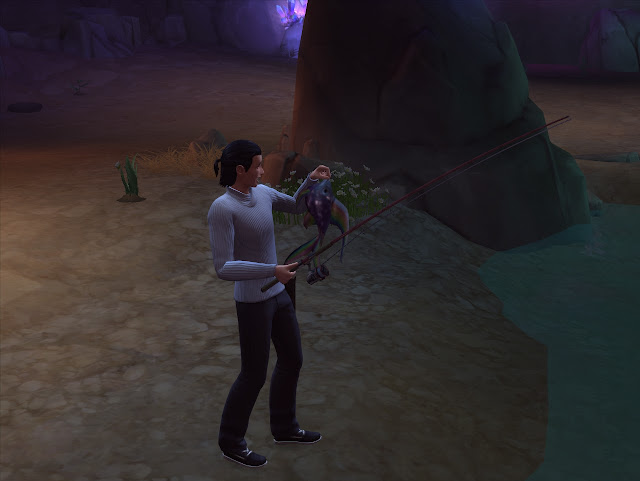 It's a beautiful cave.  He stays for about half a day and finds 3 new fish.  He has one left before completing his aspiration and Jules needs, I think, 2 more masterpieces.